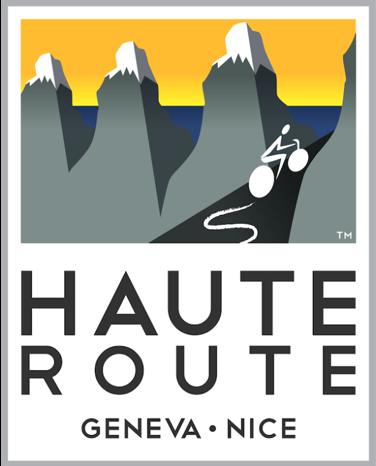 If you see me and I'm not riding my bike, punch me.

In a trademark move of over-excitedly agreeing to do something before actually checking the details I'm signed up to do the Haute Route in August. Starting in Geneva it heads to Nice via all the lumpy bits over the course of a week, it's billed as a cyclosportive but to see it in the same light as an UK sportive would be a massive disservice, they do these things a little different on the continent. This is no 65 miles (sorry, 100km, it sounds longer) tootle round the lanes on a Sunday in a Torm jersey, the Haute Route takes 7 days, is 730 km long and has 17,000 metres of climbing, embracing 15 legendary cycling cols on the way. Riders can tackle the Haute Route individually, as part of a pair or as a full-on team of 4 to 9 people, each stage is timed and the best riders in the variety of categories get to wear a leaders jersey. I appear to be a solo rider without the draughting benefit of a team, best learn the French for 'Can I hang on please?' then, or practise shrugging my shoulders gallically when they spit 'wheelsuckeur' at me.

It starts easy enough, ish, with a mere 110kms on Day 1, but that does include the climbs of the 1616m Colombière and 1486 m Col des Aravis, the next day is shorter by 7kms but makes up for it by including 3 summits, the Col des Saisies, (1650 m), Col du Cormet de Roselend, (1967m), and the final push to the finish at Les Arcs. Day 3 is the Queen Stage of the week, 162 kms with three iconic climbs to survive, the Col de la Madeleine, (1993 m), Col du Télégraphe, (1565 m) and the Col du Galibier, (2645 m), this may have caused waking up in a cold sweat already. The day after could almost be considered a well needed rest day at a pathetic 12km long, but it's a mountain time-trial up the 2413 metre high Col du Granon. Bugger. Day 5 is going to make tired legs cry with 119 km in the saddle over the famed Col d’Izoard at 2361 metres tall and the Col de Vars (2109 m) and a little 1598 metre sting at the end to the finish at Pra Loup. The stage profile for Friday is like a shark's fin, a trifling 78 km but mostly involving the climb and descent of the Cime de la Bonette, a spike of 2802m. It doesn't let up for the final day either, a 140 km long run down to the sea for ice-creams spoilt by the bump of the Col Saint-Martin at 1500 metres high.

Any one of these days would be a fun challenge if they were ridden in isolation and I could have a couple of days rest afterwards, preferably lying on a sofa watching Top Gear re-runs on 'Dave' whilst gently inhaling bagels and crisps and having chocolate milk on a drip but having such a chain of fun challenges in quick succession is going to hurt. Although the Haute Route is a new event thankfully I'm not quite blindly stumbling scared into uncharted territory here and I'm desperately grasping on to the fact that I've survived similar before. Some time ago, quite some time ago actually, I did the Pyrenees Coast-To-Coast over a week, but even though that was done at a gentlemanly chatty pace I may have limped and cried my way through at least one day, and around the same cycling era I competed in a week long stage race, but those were shorter and considerably less climby days. And did I say both were done when I was much younger, fitter and with a more bouncy recovery?

It's time to step up to the plate then, ratchet up the rides from a few times a week to some specific day-on-day training to get the wretched body used to cumulative rides and creeping tiredness, mass some long miles and practise climbing, lots of climbing.

If you see me and I'm not riding my bike, punch me. Punch me and remind me to look at the details next time.