April 9th 2011: What a delightfully sunny day for the 3rd London Tweed Run. Donning my finest country tweed attire (read: only) I headed up from my Balham, South London manor towards St. Paul's Cathedral where I would hopefully be meeting similarly dressed cycling enthusiasts.

This was my first Tweed run. It did feel a bit odd trundling through town in clothing that is practically 100 years old although I must say that the quality of the tayloring and the material itself put a lot of so called cycling clothing to shame. The show had started early when I noticed that my vintage plus fours wouldn't stay buttoned up if I pedalled quickly. On passing Clapham Common a moustachio'd man hollered "see you in 20 minutes", presumably joining the rallye.

The first Tweed Run held in London back in January 2009 attracted 160 riders, mainly from the fixed gear fraternity and, to be honest, looked more like a fancy dress party on bikes than a meeting of dandified swells out to celebrate the finer things in life… not that it didn't look and sound like fun. Two years on, the format hasn't really changed but as I approached the city centre I could see that this event must of grown a bit and the attention to detail has somewhat developed. The closer I got to St Pauls the more the appearance of my fellow cyclists on the streets changed from neon synthetic eye burners to something more earthy, woollen and woven. Like a free bar in a farmers' convention, swarms of tweed clad folk on vintage bicycles were all heading to the starting point. 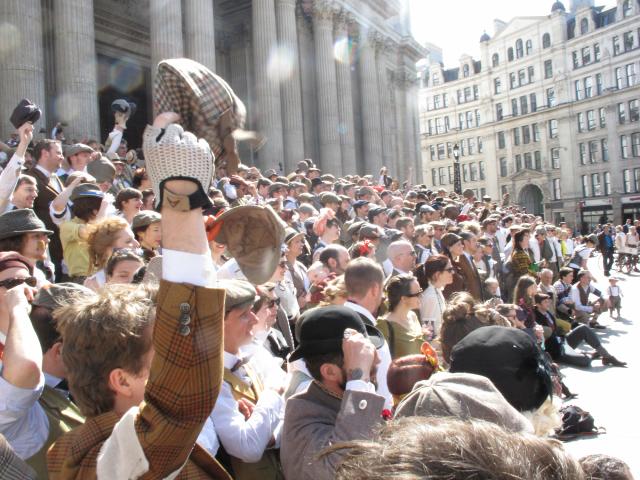 Oh my good grief, this event has grown. I have never seen so many dandy fellows 'tweeded' up, it was like how I image a festival oraganised by Horse and Hound would be. This year's Tweed run had sold quicker than you could down your Darjeeling (just seven minutes), 500 tickets + guests + press + some more + others made up the numbers. Barely a pair of Vans to be seen. A fine display of groomed moustaches, beautiful vintage bicycles, or vintage looking bicycles, and one that looked like it was made in the same garage as Chitty Chitty Bang Bang. And then there were a couple of Boris bikes... 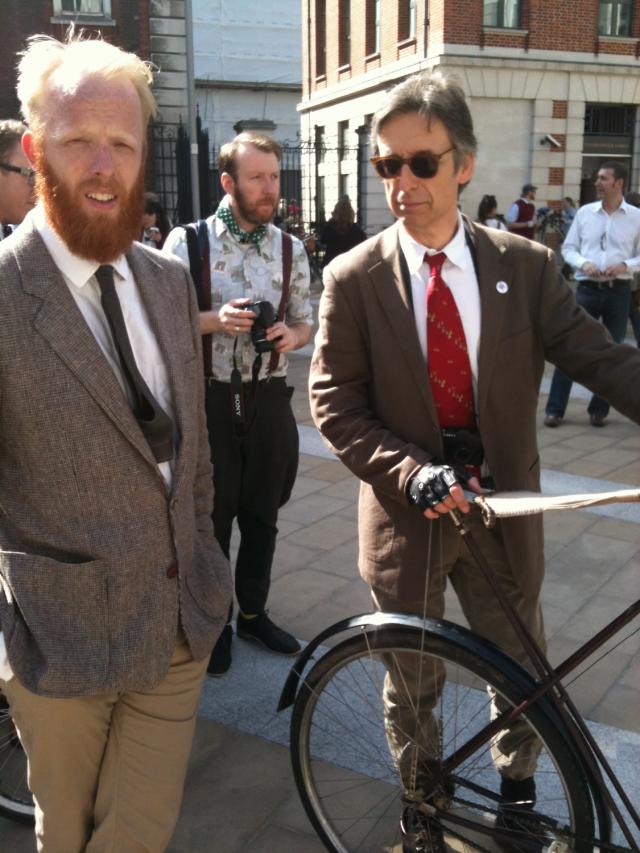 There were plenty of familiar faces amongst the twill which included the ginger bearded, round the world cyclist James Bowthorpe (who punctured fairly early), the owner of Pashley (sponsor) and his family, the Cooper bikes/cars family and a fairly well known actor by the name of Ewan McGregor and his family. Of course there were many others and if you were there please comment below. 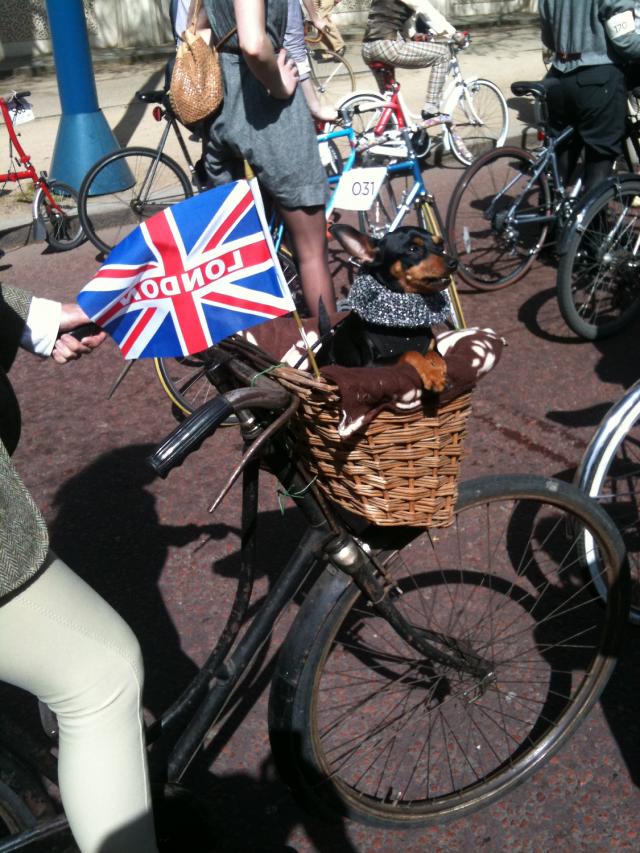 After registration, our numbers were pinned to our sleeves, strong coffee consumed to combat the hangover (well that's why I was consuming it) and alert the senses before debarkation. Now, don't worry about not having trained for this event, the 'Run' bit in the title does suggest pace but this is more like a stroll. Think of it as a critical mass ride, but in tweed. Joining a congregation of 600 exquisitly dressed, excitable riders on such a glorious day put a perm-a-grin on everyone's faces. 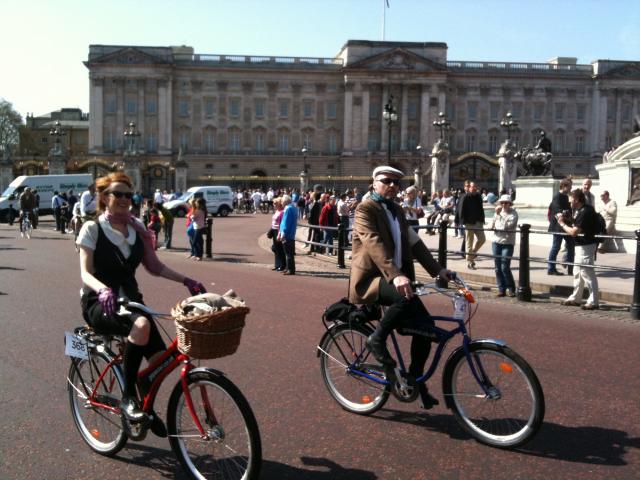 Heading out towards Big Ben, initially led by a man pedalling a piano (whilst playing and singing!) our marshalled route took us west, past Buckingham Palace and Saville Row before heading back into the city centre for a tea break and cucumber sandwiches in Lincoln Inn Fields. The queue for tea was something that I can only imagine similarly dressed folk had to do endure during rationing. A band played in the bandstand and other activities and posing took place and more photos were taken. With our stomachs filled and our hip flasks and bladders emptied, we headed East to our final destination, the Bethnal Green Working Men’s Social Club where we were rewarded with alcoholic refreshments from some of the Tweed Run's sponsors, and loosened our hips with some Jive dancing to the sounds of a live band. Smashing.

For those of us in need of partying a little bit more, Aubin & Wills held an after party back in Shoreditch. Amusingly, Shoreditch is probably one of the only places you can go to dressed like this where the locals think it's your normal attire.

The Tweed Run London is a charity bike ride raising money for bikes 4 Africa and the format is so successful, the same organisers do it in New York, Paris, Sydney and Tokyo.