The agony and the ecstasy 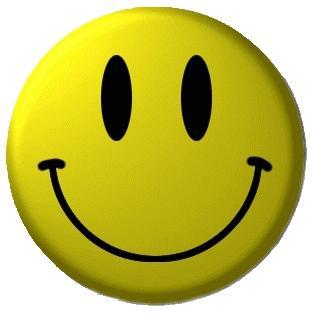 Confession time: during the 90s I spent rather more hours than was probably strictly good for me on nightclub dancefloors, not so much enjoying the music as worshipping it.  From that life-changing moment when some reprobate slipped me an ecstasy pill at an Orbital gig in Brighton in the autumn of 1994 until just after the turn of the new millennium, I was absolutely obsessed with the music, the drugs and the culture of raving.

I even DJed a bit - mainly at house parties and the like but once at a proper club. For money and everything! It wasn’t so much an interest as an all-encompassing lifestyle and I don’t regret a single minute of it.

I had fairly catholic musical taste but techno was where my heart really lay. I still listen to more electronic dance music than any other kind and I still love it. The only difference these days is that on those odd occasions I’m tempted onto a dancefloor I dance like the dad I’ve become, rather than the carefree raver I was. It’s not a pretty sight and I try to avoid it when the kids are around - it leaves psychological scars that could last a lifetime.

I miss those times of course, but I’m not daft enough to think I can replicate them - or even that I’d enjoy them if I did. It was one of those blissful moment in time things that I feel very lucky to have been part of.

One of the aspects of it that I still miss is the euphoria that swept over me on dancefloors when the music and stimulants came together in that magical way. Some of those moments generated a degree of happiness that I honestly can’t imagine being bettered. The feeling’s not the same kind of fundamental contentment I felt when I got married or the kids were born, but those fleeting spikes of elation were so intense that all I could do when in the grip of one was raise my arms in the air and just laugh.

You may be wondering where this is going. Well, I’m delighted to tell you I’ve found a way of replicating that feeling. Not quite as intensely perhaps, but really almost as good. And legally! Here’s how…

Pop down to the gym, get yourself onto a spin bike and start pedalling. Put a muscular old techno mix onto your iPod (I recommend Surgeon, for those who care about such things) and crank it up until it’s borderline uncomfortable to listen to. Push yourself for an hour or so, to the point where you’re wondering if perhaps you might just have overdone it a bit. Then push yourself a little bit harder as you approach the 50km mark.

If you’re lucky, like I was yesterday, the music will hit a purple patch just as the endorphin tap fully opens. Your eyes will light up, the hairs on your arms and back of your neck will come to attention, the tiredness will leave your legs, your heart will start to sing and an irresistible grin will force itself onto your face.

Even when I was still in the grip of this wave of euphoria I tried hard to think of ways that it differed from those narcotic highs I enjoyed more than a decade ago and I honestly couldn’t identify any difference at all. It was, quite genuinely, a beautiful moment.

I feel odd writing about this - I’m a pillar of the establishment now and revelations like these can’t be good for my chances of standing for public office or even passing my next CRB check. But I felt compelled to share, if only to explain what’s going on to anyone who sees a sweaty but delirious middle-aged bloke thrashing along on a spin bike in a gym on Brighton seafront, chuckling incredulously to himself as he stares, wide-eyed, into the middle distance.

I wonder if there will be tears on Tuesday...