Taking the easy option - am I cheating myself? 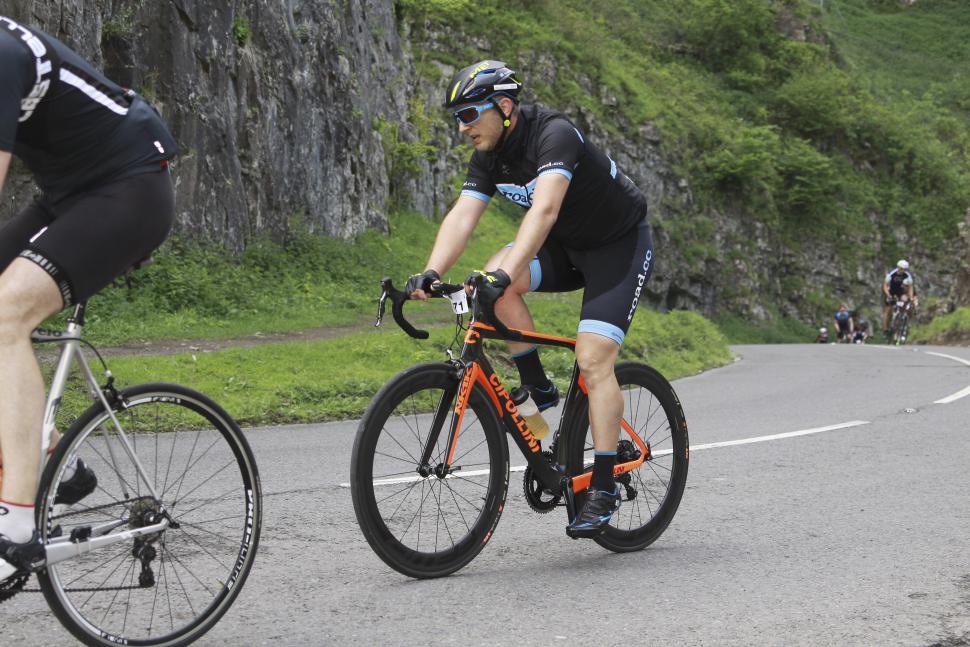 Cheddar Gorge Tour of Wessex.jpg
Has Stu Kerton lost the ability to push himself to the limit!

The goal was there to do the full Tour of Wessex, with 330 miles in three days and plenty of climbing but when push came to shove I couldn't really be bothered - to do the full route at least. Have I got to accept the fact I'm no longer interested in pushing my body anywhere near its limits?

If you read my 'Starting from scratch' piece from a few months ago you'll know I was on a bit of a comeback trail. With fitness and passion lost for the bike I needed a goal and the Tour of Wessex was the one I chose. The roads were pretty local and I'd done it a few times in the past so I knew what I was in for. On the start line in Langport  I was relatively psyched, well a 6am alarm call does manage to take the shine of things, and lined up with the thousand or so other riders I was looking forward to the 100 mile route and 2,000 meters of climbing. After all, the sun was shining which is rare for the Tour of Wessex.

The early miles were going well, I tagged onto to a group at the start and we covered the first ten miles at 21mph average. Cheddar Gorge was the first proper climb of the day and a little later the first food stop was reached with the speed only dropping a notch to 19mph.

Mile fifty and the road was closed for a funeral procession in Bruton and although I was sure I needed to go left (which was open) the authority of the hi-viz tabard told me everyone else had gone right. Meandering through a couple of footpaths I rejoined the route only I had an inkling I was heading in the wrong direction.

The highlight of day one is the 25% ascent of King Alfred's Tower Hill and I was going the other way. I could of turned around but do you know what, I couldn't be arsed.

An hour and a half later I rolled through the finish line twenty miles short but the speed was pretty good at 17.7mph average. The precedent had been set the day before, the Tour of Wessex offers a shorter route, which for day two was 85 miles instead of the full 117 miles, so this is what I decided on while waiting on the start line. It still had 1,600 meters of climbing mind.

The usual tuck into a group for the first twenty miles helped the average speed but I was soon happy to start riding on my own.

We were heading for the Dorset coast and the weather was every so slightly warm, 25 degrees centigrade in fact with a nagging head wind all the way home.

The final thirty miles I could see a group of three coming up behind and becoming one of those riders that is guilty of turning a sportive into a race I didn't want to let them catch me. Head down and the old time triallist instincts came back with me finishing the route in an average speed of 17.8mph.

Devon was the farthest point if you were doing the full route including the long climb of Dunkery Beacon, my nemesis but once again I wasn't really feeling the love. The shorter route was short, just 61 miles but I really didn't fancy the 3,000m of climbing for the full ride. I wanted to get home and take the kids to the Sherborne Castle Country Fair.

After a 23mph blast to Bridgewater thanks to a very excitable London Dynamo rider it was the Quantocks which sorted the pecking order. 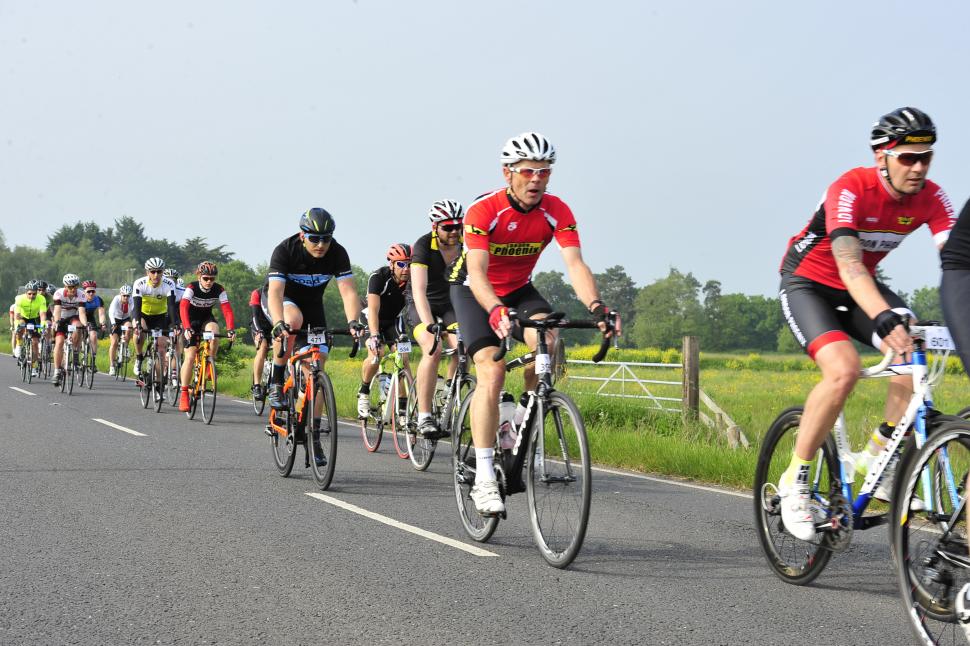 I already knew this from previous days but this Bank Holiday Monday it was confirmed, I can't climb for shit! The only thing that kept me grovelling up the 25% climb was I knew full well there was a descent on the way.

Hurtling into Crowcombe it was time to unleash my no holds barred descending style which saw me fly past people as if they were standing still while exploiting the full capability of the hydraulic discs on my Mason Definition, 58.5mph was hit before the last minute braking for the final bend and T-junction - whoever has the KOM for that descent, kudos my man as you are truly some kind of nutter.

After this the route split and I was heading for home. A missed turn meant I ended up on the outskirts of Taunton and while I could of gone back I knew another way back to HQ so it was head down to mix it with the holiday traffic underneath the M5 junction - always good for a laugh.

Job done then and while I was I chuffed with what I'd achieved - 220 miles and 4,000m of climbing all at 17.8mph average I did have that little pang of guilt that I hadn't done the job I'd set out to do. I was in the top ten though mind of the short group so an effort not to be sniffed at.

Saying that though, I'd perfected that balance of cycling/family time by being home early afternoon everyday so had I really lost out?

So, what next - am I destined to a life of 'that'll do' or am I going to get that bug of really hurting myself back?