Buying Watts: how much difference does an aero bike make? 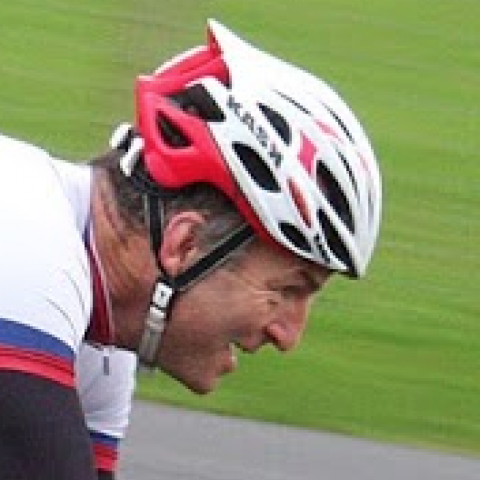 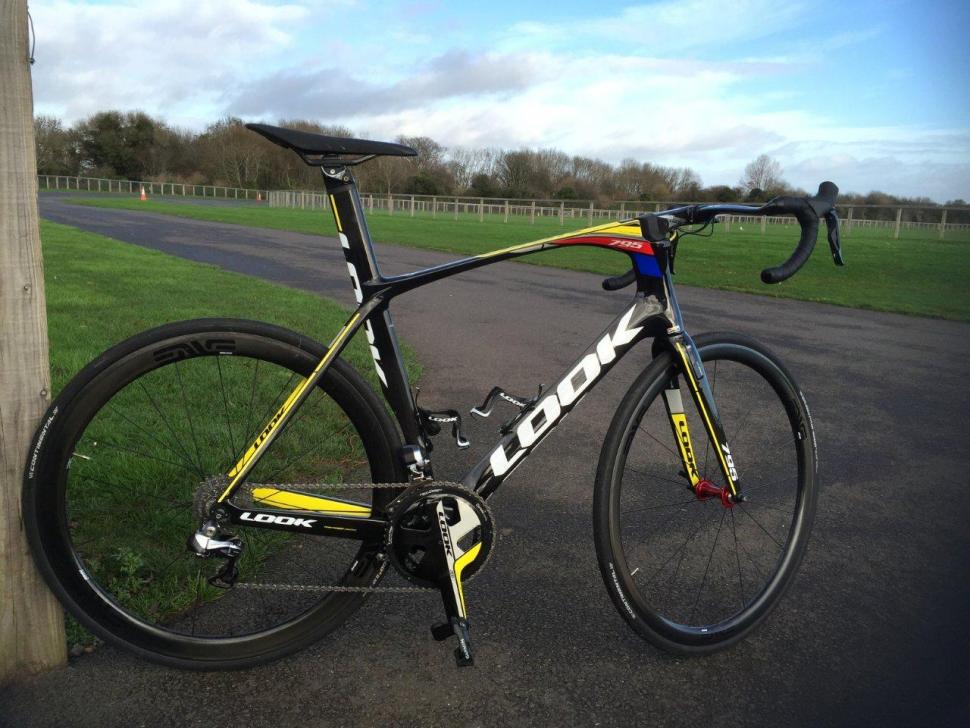 As a wannabe road racer approaching my 50th birthday, I faced a dilemma: could I put myself through another 16,000kms of riding to try and hang onto the coat tails of the younger riders? Or was it time to hang up the racing wheels and call it a day.

Maybe there was an alternative. Could I use my age and experience to obtain those elusive watts that I needed? Or, maybe not age and experience, but instead the excuse of a 50th birthday present, to spend far more on a bike than I ever thought sensible. I already had a Cannondale Super Six and 18 months ago I had upgraded with some Enve 3.4s with Chris King hubs, this bike had served me well through a couple of seasons of circuit racing and road races. It's a great bike, but looked a bit plain against the new breed of aero bikes. So after a few months of deliberation and procrastination I decided to buy a Look 795 Aerolight.

It looked stunning, it rode beautifully and I was very happy with the bike. But having made this investment could I quantify how much extra speed I had purchased? With the Odd Down track on my doorstep and the offer of a loan of a set of Garmin Vector 2 pedals, I came up with a (fairly) simple plan.

I would ride different bikes at 250W for 6 laps of the Odd Down circuit and see how much faster I went on the Look. First up was my BMC Impec with a pair of Mavic Kysrium Elite S wheels: I had transferred the Enve wheels from 10 to 11 speed, and my Cannondale was in bits.

250W is not race pace, but a power that I could comfortably maintain and repeat. It's also a pace that requires minimal braking into the corners. The other key to make the test as reliable as possible would be to maintain the same body position, lines around the corners and power delivery.

So: up to the Odd Down track on a sunny day with about a 10mph wind with two bikes and one set of pedals. First up was the BMC, then a quick change and recalibration of pedals and and out on the Look. The results were thus:

2.9km/hr quicker and 16W lower. The power was a lower down the second time around, I think that this was because it was one of my first ride on the Look and it was considerably faster on the downhill section and I struggled to keep the power up on this section. So I decided to plot the individual lap speeds and powers, so I could try to normalise for the different overall powers. I also plotted a “theoretical” line using the power calculator on Bike Calculator. 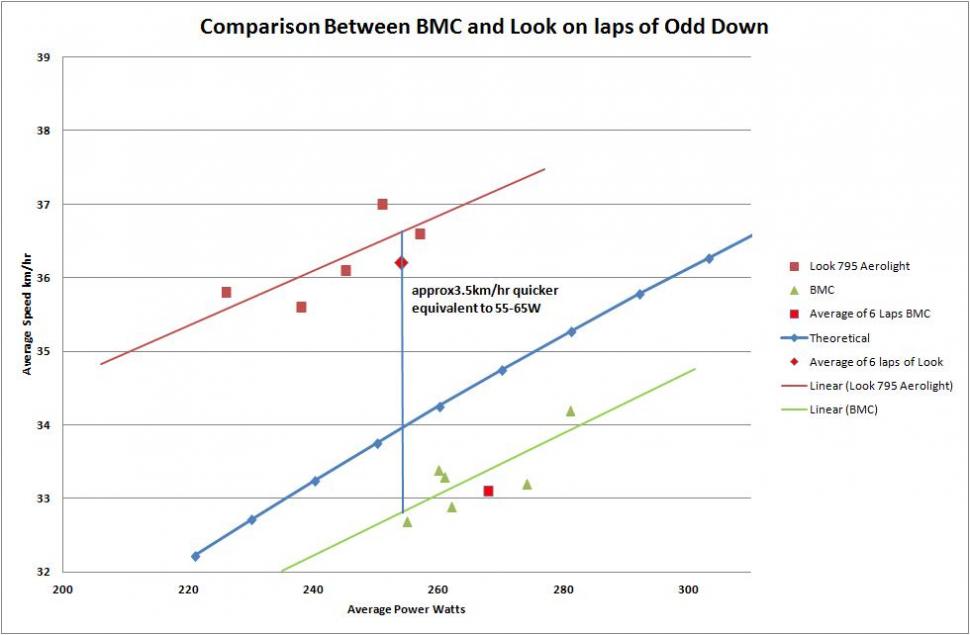 So that works out at 3.5km/hr quicker for the same power or approximately 60W. How significant is that?

Is it really the frame, or just the wheels?

The problem was that this did not really answer the question. I was moving from the Cannondale to the Look: was the Look 795 Aerolight really faster than the Cannondale Super Six, when both were shod with the Enve 3.4 wheels? The BMC is a nice bike, but the wheels had taken a hammering and the hubs were nowhere near as smooth as the Chris king; I suspect the chain and other bearings could have done with a clean as well. Those losses can all add up. The only answer was to repeat the test: I decided that I would get the Cannondale back up and running with the Enve wheels and see what happened. Would that increased frontal area, exposed brakes and cables really make that much of a difference? The results showed that they did. I plotted the data on the same graph, accepting that climatic conditions might have been slightly different. So of the 3.5km/hr difference between the BMC and Look about 2.2km/hr were for the Enve wheels and 1.3km/hr for the Look frame. Of the 60W difference between the BMC and the Look, we can probably attribute about 35W to the Enve wheels with Chris King hubs shod with Continental 4000s and 25W to the Look 795 Aerolight. 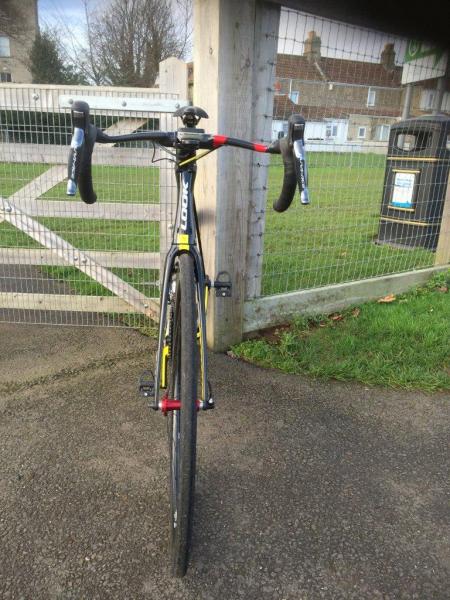 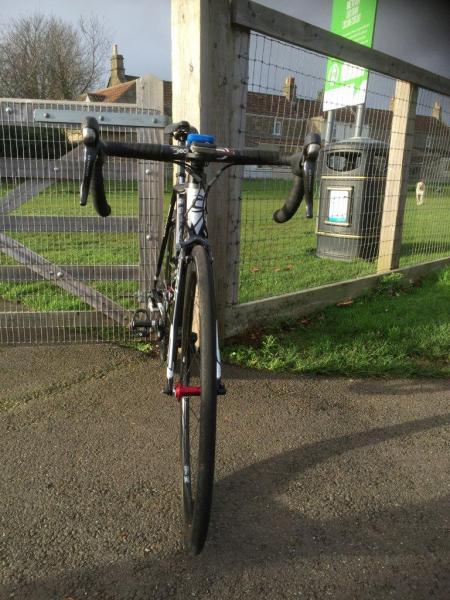 Of the differences between the two bikes – Aero frame, Aero handlebars, concealed cables, aero chainset, tube profile, 42cm wide handlebars (vs 44cm) – which contributes the most? I'm not sure I really care, but I it's been an interesting process and I'm certainly looking forward to a season of racing on my new bike, with the knowledge that for the same effort I should be going just that little bit faster.