Right back where I started. Again. 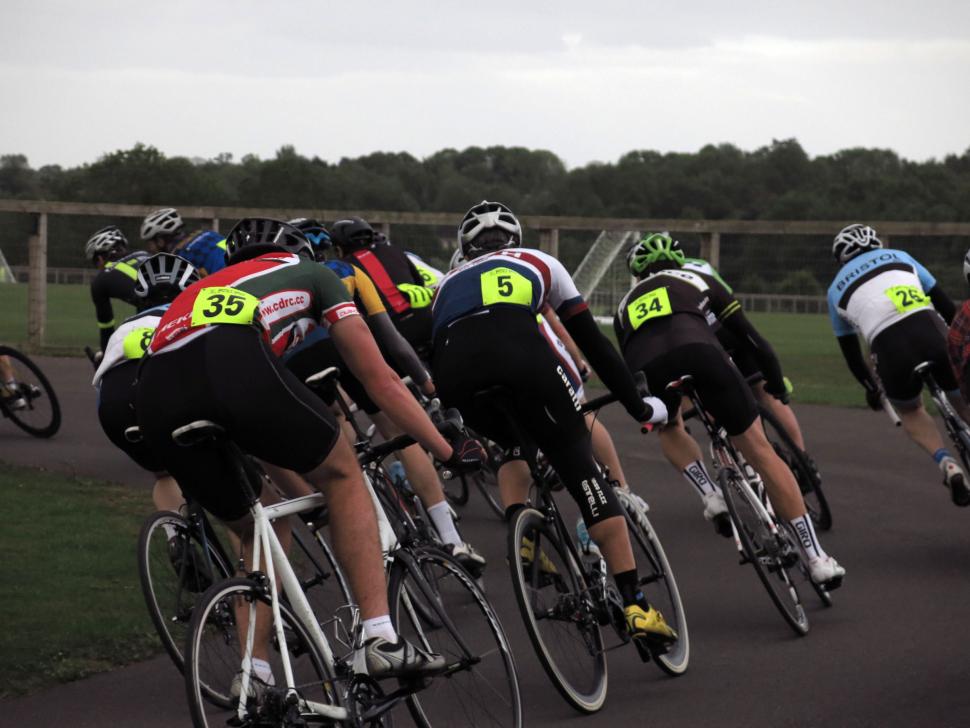 Cat 3 racing on a cheap bike - hairpin 2
A year and a bit on it's time to gear up for the winter crits again, and it'll be harder this time. Much harder

The local winter crits aren't eaxctly set up for Cat 3 glory. Every week we'll have to mix it with the 2s. All those skinny lads, with their points and their shaved legs and their cardiovascular fitness and their high Functional Threshold Power. Hmph.

Anyway, I've entered the first race on December 5. So I expect I'll get my arse kicked. Not least because I've spent the last week adding to its bulk eating chocolate biscuits. I guess the big push for enough fitness starts, erm, today. I have just less than four weeks left to get myself ready. Readier, anyway.

What is enough fitness? Enough to stay in the race would be nice. Not the front bit of the race, where people are awarded points, but the main part of the race, rather than a unedifying personal battle kind of a race off the back somewhere. That's the first aim. Finish in the bunch. Basically, I'm in the same place I was last year. Only I'm one rung up the ladder, trying to compete with people another rung higher again.

My experience of racing crits can generally be summed up thus: If you can stay in the race for the first half dozen laps you'll more than likely be able to make it to the end, or at least near the end. Everyone goes off like milk in the sun and the first quarter of an hour is pretty hectic, after which at some point it turns down a notch. A break might go out, or the pace might just slow a bit, five seconds a lap maybe. Enough to get off the ragged edge, sit in, regain a bit of composure. It ebbs and flows after that, riders trying a dig off the front and stringing everyone out, the bunch spreading across the circuit when the pace slackens. And then the lap board goes out – three to go, normally – and you find out who's got enough sausages left to make it count.

It won't be me. But my first goal for this next season of racing, which starts with this winter crit, is to still at least be in there. To that end, I'm concentrating on being fast enough for fifteen minutes.

No: the races aren't fifteen minutes long. But that frantic first bit is when you get dropped. And once you're dropped on the circuit at Odd Down, there's no un-dropping yourself. That's that. So I figure: try and be quick enough to last until everyone's got that first bit out of their system. And then, who knows? I might be alright. Probably not.

So for the time being it's horrible turbo sessions of three sprints every couple of minutes until I can't stand it any more. Plus I'll be laying off the biscuits to try and shed a couple more kilos before December, in the sure and certain hope of lobbing them back on again a couple of weeks later using the time-honoured mince pie and port method. Onwards! I'll let you know how it goes.

1
Police officer caught on camera telling cyclists to ride in single file to be given "education around traffic offences"
2
Footage of cyclist's encounter with mountain goat "on steroids" goes viral
3
Driver "used bus as a weapon" against cyclist, loses appeal over sacking
4
Want the “fastest socks on the planet”? They’re yours for €1,000 + more tech news from Campagnolo, Rapha, Van Nicholas...
5
Near Miss of the Day 827: Bus driver “bullies his way into a gap that was never there”.
6
Cyclist hurt after eggs thrown at her by car passenger
7
Cycling UK slams Government and threatens legal action for "excluding" cyclists and horse riders from new Wainwright Coast to Coast National Trail
8
Snake Pass section shuts to all road users... but cyclists can still reach the summit (and turn back around)