Stat attack - has cycling really doubled on a road in Bristol since 2000? We doubt it 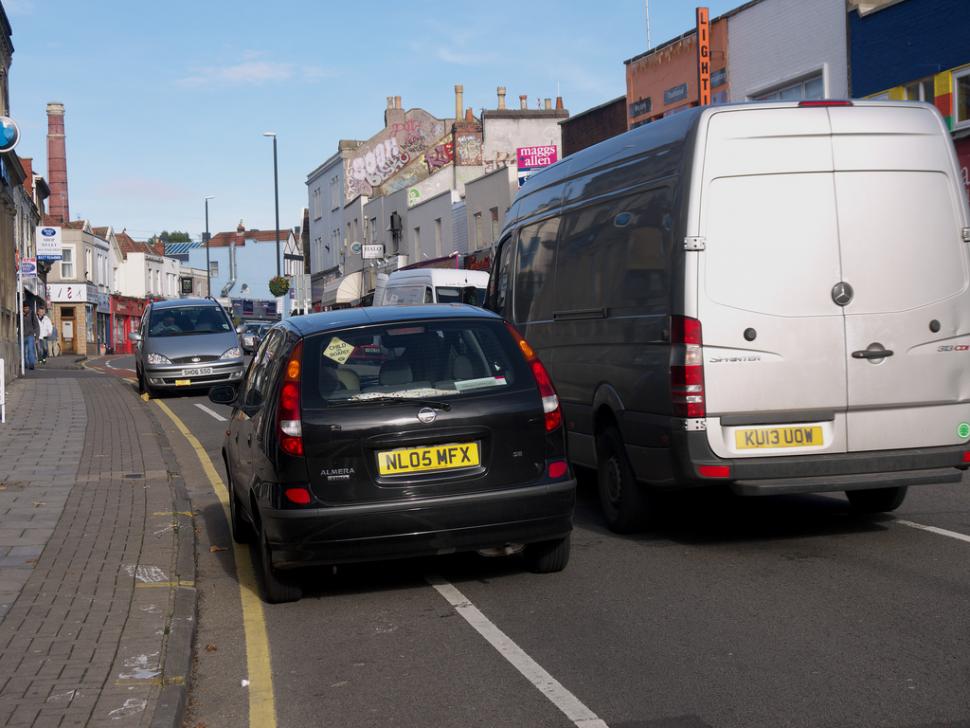 Cycle campaigners in Bristol are hailing a doubling in use of bikes on a busy road in the city during the past decade as evidence of pent-up demand from people to take to two wheels - and on a road they say lacks adequate infrastructure for cyclists. But close analysis of the data reveals that at best, growth in cycling there has been marginal.

A post on the Bristol Cycling Campaign website highlights a 104 per cent increase in the number of cyclists counted on the city’s Gloucester Road between 2000 and 2013.

And yes, if you use just those two years, that's the result you get. We have to admit, it sounds impressive, and makes for bike-friendly headlines.

Who knew that Gloucester Road was a brilliantly successful cycle route?

Numbers at peak times have doubled over the last decade while motor vehicle numbers have dropped by a fifth.

We know this because traffic flow data from an annual census published online by the Office for National Statistics allow detailed analyses and comparisons for cycling levels on major routes at a local level.

About 100 census points around the city are monitored for a full day and all forms of traffic are counted.

If a road like this, with very poor provision for cycling, can show a steady increase in cycling over a sustained period we can be very confident that Bristol City Council is right in making cycling a significant part of its transport policy for the future.

People are making a big effort to use bicycles, even on roads like this. This gives the Council an opportunity, and a responsibility, to respond in an even more confident terms than their new Cycle Strategy sets out. But how "brilliantly successful" has Gloucester Road been in attracting more people to ride bikes on it?

Well, the answer is - and if you have a quick glance at those figures above, you don't have to be Carol Vorderman to work it out - it hasn't been.

The problem is that the claim that cycling has doubled in the past decade isn’t one that stands up on closer inspection, and it’s one that underlines the pitfalls in comparing two fixed points in time from the statistics, rather than examining overall trends.

That gives rather more modest growth between the two halves of the period of 9.3 per cent – and it’s worth bearing in mind that the latter seven years includes 2008-10, when Bristol was designated England’s first ‘cycling city.’

What we can say with a reasonable degree of certainty is that there has been a steady downwards trend in the number of cars and taxis counted – more than 12,000 in each of the first three years, and above 10,000 for the first half of the period, but firmly below that mark in the past seven years, for a reduction of around 20 per cent.

Buses and coaches present a different picture – the 743 recorded in 2000 is the highest in the entire 14-year period, but 2013’s figure is the second highest, and overall there appears to be little change.

So why the discrepancies in the data? It’s based on annual average daily traffic flow, and the DfT admits that at local level the figures aren’t necessarily “robust.”

Moreover, in contrast to other modes of transport, levels of cycling are particularly affected by the climate – if it’s raining, or a harsh winter, fewer people cycle.

So if that count is done on days when it's tipping down, it isn't going to reflect the true picture; likewise if the weather is particularly good. That's why you need to smooth things out over several years to identify trends.

The lesson, as with casualty statistics, is that if you want to use data to illustrate a point, it’s vital to look at the longer-term picture; looking at individual years in isolation won’t do that.

This isn't just nit-picking over numbers, because there is an important point to be made here, and one that any cyclist in Bristol - or elsewhere for that matter - should be concerned about.

Bristol Cycling Campaign's gushing praise of a doubling in levels of cycling over 10 years doesn't, as we've seen, stand up to scrutiny.

Yet its figures have been seized upon by the local paper, the Bristol Post, and as these things have a habit of doing, could become something of an urban myth for the city's cyclists and non-cyclists alike, a 'fact' to be trotted out now and again.

And in future, Bristol City Council - criticised by the self-same campaign group just last week for its "piecemeal" appoach to infrastructure - may shrug its shoulders and point to that headline figure as evidence its transport policy is helping to get more people on bikes.

Perhaps it would have been more helpful to take a step back, look at the underlying picture, and make the point that the council's approach to cycling is, at best, having a negligible effect?