The bike, the clock and I 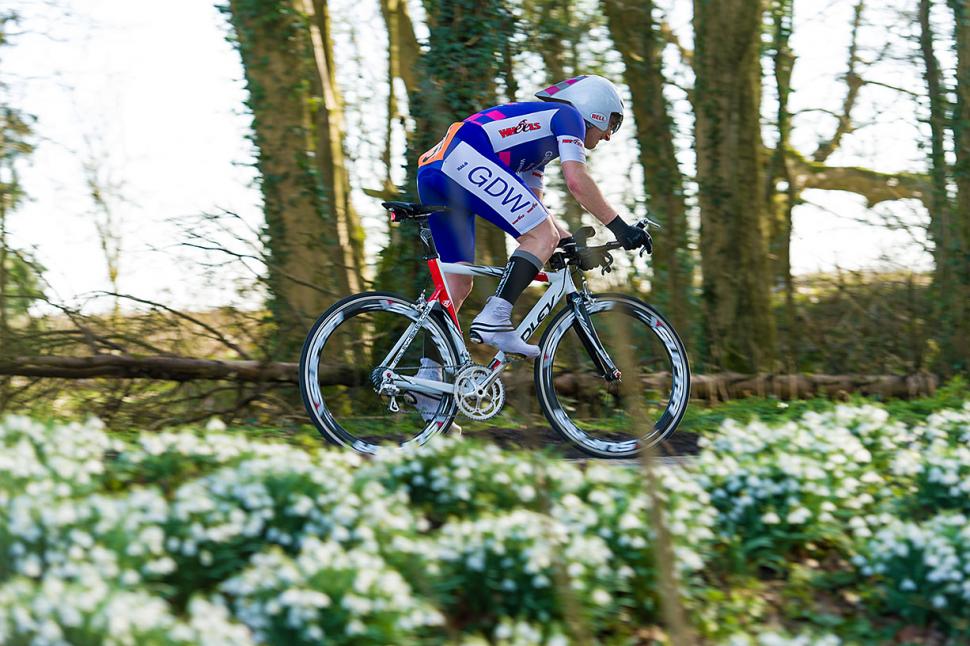 After a decade of drifting in and out of time trialling my comeback season last year was pretty good. 2015 is going to better, though, as for once I’m going to train rather than just ride my bike. My nutrition is going to get a makeover too.

I’m a competitive sort of a chap though on the flipside I’m not the most dedicated. Not ideal if you really want to achieve your goals. I know I can achieve a hell of a lot more than I already have with a little bit of structure and focus.

So who’s been tasked with getting me on the straight and narrow? Step forward Mr Dave Smith of velocityandvitality.com, yep, he who’s dragged Dave Atkinson from the back of the bunch to the point scoring position he’s finding himself in now.

He’s got his work cut out to turn this father of three young kids with a 65+ hour a week working timetable into an accomplished athlete though I’m really looking forward to giving him the chance. Even if I’ve got to leave the Stella alone for a couple of months.

The main focus is obviously the training and nutrition. This is definitely where I’m going to make the biggest gains but time trialling isn’t time trialling without the swanky aero kit, gains of the marginal type and all that.

Obviously I’m in an enviable position of testing various kit throughout the year and I’ll be doing my best to get as much TT stuff in as possible. VO2 Cycling have already agreed to let me test their top end Versus TT bike in April and the brand new Lazer Wasp Air helmet is in for review too.

My Castelli Bodypaint Speedsuit is currently with Nopinz to have their Speed Wallet attached to save a few watts and above all save pin holes in a £200 skinsuit.

The big thing for me though is a bike fit at Bike Science in Bristol on the 13th February. I’ve never really bothered too much with my position but after suffering with sciatica last year I was moving everything just to get comfortable. I’ve even bought some new tri-bars with loads of adjustability to get things spot on. Being a designer with a 3D printer there might even be a few custom parts too.

So, the goals. PBs across the board, especially at 10 and 25 miles. I did a 54:40 for the 25 last year - I’d love to beat that by a couple of minutes - and I really would like to get my 10 time into the 20’s. It’s never been my best distance with a PB of 21:45 highlighting that. Regardless of times though I need to beat Jay and Paul, my club mates. It’s these little personal battles that keep me interested.

So, there is a lot to play for and if you’re interested I’ll share it with you over the coming months. First race is on the 15th February: fingers crossed.

1
Chef grabs hammer during road rage argument with 17-year-old riding side by side with dad
2
BMX racer Connor Fields out of ICU after suffering brain bleed in horror crash at Tokyo Olympics
3
Parish council calls in police to oversee bike rack installation amid protest fears
4
TalkRadio slammed for holding poll asking 'Are cyclists a danger on the road?'
5
Patrick Lefevere says Sam Bennett returning to Bora is like 'women who return home after domestic abuse'
6
Near Miss of the Day 618: Morrisons lorry driver in close pass on two cyclists (includes swearing)
7
German Olympic cycling coach caught on TV making racist comment during men’s time trial
8
Near Miss of the Day 619: Close pass followed by punishment pass gets driver a “stern talking to” from the police – and nothing more