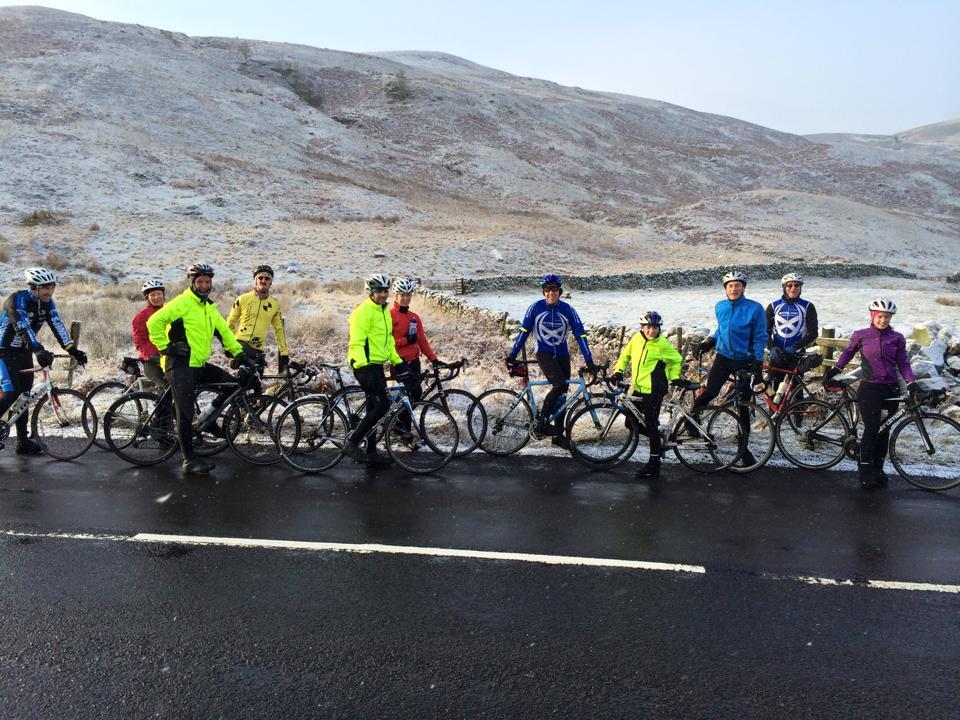 Club Ride
There's more to a club than wearing the jersey

It’s a wintery Monday evening, I’m trying to figure out how to remove an ISIS drive crankset with a square-taper removal tool.  I can feel the lure of the hammer, sat there on the bench… “C’mon, grab me… I can do it!  A couple of whacks and that crank will be off… I swear I won’t damage ANYTHING!”.  They’re lies.  I know if I put the hammer near it there will be damage done and I won’t achieve anything.

Earlier that day, a clubmate dropped a square taper bottom bracket tool into my office on his way to work after I’d sent him a text asking if I could get a lend.  I once again reach for the phone and ping out a tweet seeing if anyone has got an ISIS drive removal tool.  There’s a response within 5 minutes, and within the hour, I’m stood in the shed with a clubmate and we’ve got the crankset off within a minute or two.

This is what I love about being part of a cycling club, if you don’t know how to do something, someone will and they’ll usually be happy to show you, if they don’t know, they’ll probably know someone who does, and so on.  Eventually, problems get solved and you end up enjoying a beer (sorry, a cup of beetroot juice - we’re all athletes here, right).  I owe a couple of beers at this point.

It’s not just about who can fix your bike or lend you a tool or a hand when things aren’t going your way.  The structure of most clubs offers a huge range of benefits, from organising races, social occasions, training rides, rider development - including the important youth junior sections, these are the future sporting stars, not old duffers such as myself.  Nobody’s getting paid for this work, which is why the job they do is all the more admirable.

All those questions you see asked on forums: there’s someone in every club who’s got answers and advice (ok, they might not always be right!).  You can drop in and out as it suits and there’s no obligation to stay with a club, if you don’t like it, have a search around for one that you do like, nobody takes offence if you don’t feel that it’s not the right atmosphere for you.  That’s not to say club riding suits everyone, you may think “Fair enough, but I’m not fast enough for club riding” or "I don't enjoy hammering along as fast as possible", but it wasn’t a huge surprise when the organiser of the social/development ride won “Rider of the Year” at this year's club awards dinner.

There are plenty of facts available recording the number of people taking up cycling and If you’re wondering what the benefits of joining a club could be, consider what you get for your subscription and what the club does to contribute to cycling.  It’s probably more than you think and you could be a part of it.  So what if none of the offerings suit your needs?  You could always create your own.

*Note: I was tempted to use "da" instead of "the" in the blog title, but I just couldn't bring myself to do it.