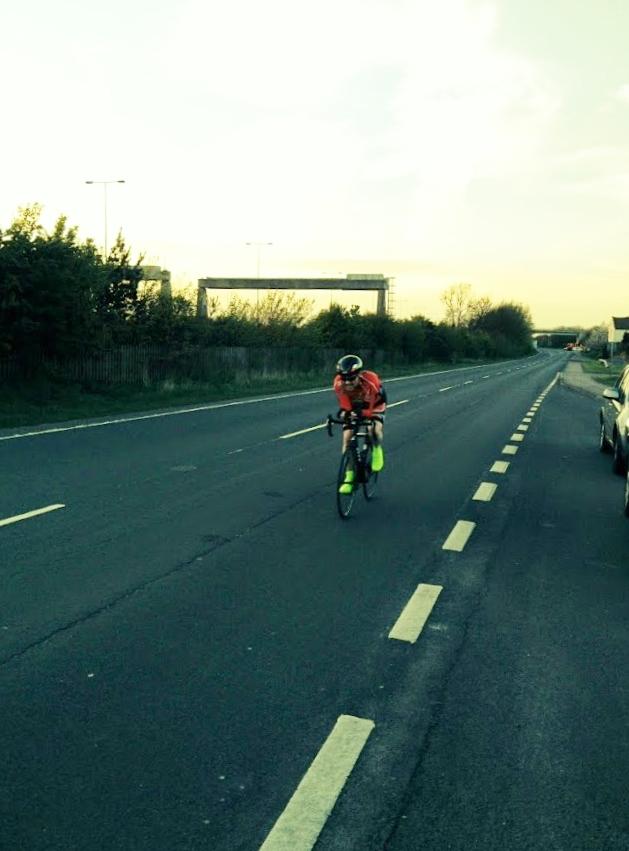 After being severely burned by doing my 2013 review early (I fell off the week after and fractured my elbow), I have let the fullness of time elapse this time before looking back, and as importantly, looking forward.

So firstly a slightly belated, Happy New Year to you all in road.cc land. It’s going to be tough to top 2014 in all respects as a quick look back to last year shows.

I had the move (as first claim) from Fenland Clarion to St Ives CC over the previous winter. After nigh on two decades riding and racing with the same group of people it was a difficult proposition, but one I wanted to make.

Having two children under school age I wanted to spend as much time with them as possible, whilst still being part of the weekly 10 scene. This move meant that rather than speeding home from work before driving up the A1 to compete, I could see the kids and ride out to an event nearer my home.

Its worked well for me, despite the new club having to change their course mid-season. I have got more miles in and even on nights where I am on marshalling duties, have been able to cycle.

During the Autumn I have worked hard on my weight, attempting to mirror the efforts of Dave Atkinson! A stone has gone and despite Christmas, I am still in a strong position to keep it all off. The challenge remains converting that lesser bulk into power. A lock I am yet to pick.

Racing and sportive wise, I hit both of the self imposed targets I had set for 2014.

Into the 25mins for a ten mile time trial and around the 5 hour mark for a 100 mile sportive. Not that hard for a lot of athletes to hit, granted! But I was particularly proud of myself for getting to those goals after a challenging winter of broken bones, house moves and newborns.

Outside of my own competitive streak, I was blessed locally to have so much top notch racing on my doorstep.

The Tour Series in Peterborough was, as always, an awesome show with the afternoon time trial on the course a highlight. Who wouldn’t want to give it full beans on a closed roads in your local City Centre with the sounds of the commentator and crowd in your ears?

It’s the fourth such event the local clubs in accordance with Peterborough City Council have run and it never loses its lustre for me. Another key moment in that event was seeing a rider compete in Yaxley Riders (the group I co-founded) colours.

Around that time we had the Womens Tour starting just across the border in Oundle.

A lovely group of riders formed in Yaxley before riding out and taking coffee and cake whilst sampling the atmosphere of the event.

We rode out onto the course to watch the race before a steady social ride back.

This was a decent practice for the Tour de France arriving in Cambridge.

From 10 riders to Oundle we had near 60 for Cambridge. A logistical operation involving car parking at the local football club, a supervised ride along the guided bus way from St Ives onto the course and bike storage in the centre of town.

It was really stressful and wouldn’t have been possible without the excellent organisational skills and local knowledge of Andy Bell. Thanks mate!

What a day it was with the race coming past and us recreating the breakaways and attacks back home before watching on the big screen with cakes.

The power of cycling in full effect.

On a personal level I will try and recreate those highs in the Tour of Flanders sportive. This is my opportunity to ride on roads I have dreamed of since childhood.

The trip is taking a lot of organising and will be super tough, but I cannot wait.

My other key objective being the Tour of Cambridgeshire Gran Fondo.

A common theme in my blog has been the sense of pride I have in my local area so to ride in an event showcasing the area is the next phase of my dream cycling life.

It’s going to be a massive event for our region and with the time trial passing two of my close relatives front doors and the sportive going past the end of my road... well I am sure you can get the picture.

Yaxley Riders is five years old and as a social group of cyclists, it has grown beyond my wildest dreams and has a dedicated team of people putting rides on at least twice a week.