There's been some interest in why I scratched from the Transcontinental race, when I could have quite clearly carried on going to Istanbul. I've wanted to write this for a few days, but felt that the time wasn't quite right.

I absolutely don't want the reader to think too much into this, but simply recognise that a great many people would do the exact same thing if placed in the same scenario. People are inherently good.

My racing season this year has featured just two events. You can see how well the first one went here, so it might be fairly obvious how keen I'd be to do well in the Transcontinental.

I missed its inaugural year as I had plans of riding across Northern Europe already, so this race was the culmination of 18 months of excitement. 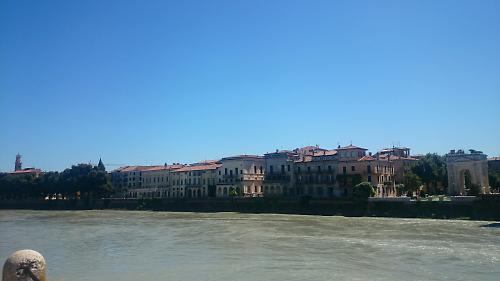 As you've already seen here and here I was having a less than stellar race by the time I arrived in Italy. The Stelvio, via the Umbrail side, in conjunction with the Fluela Pass and some pretty unique routing had knacked this as a race for me, but as far as adventures go, I was still rocking it hard (I'm totally down with the kids, eh).

I'd just left Verona, home of the Montagues and Capulets, when I saw a message on Facebook saying that a racer had been hit by a car and was in need of assistance.

I didn't know who the racer was, number 97 Evangelos Voulgarakis. I didn't know if he spoke English and I didn't even know if I would do any good by visiting with him. But what I did know is how rubbish it is to wake from surgery and have nobody there for you. I knew how upset he would be about his race, and I think I knew that a friendly face would give him comfort at this time. There was no real decision to be made.

I tried to get the first train back, and after waiting for 45 minutes I was waved away dismissively by the guard who just told me there was no room for my bike. So I TT'd my way back to Verona, about 25 miles, to get to the hospital and my fallen comrade.

I arrived, and after saying the Italian for bicycle (bici - pronounced beetchy) I found my way to his room. As I thought, we didnt recognise each other, but no matter: the Transcontinental cap atop my head was enough to settle him and provide comfort. 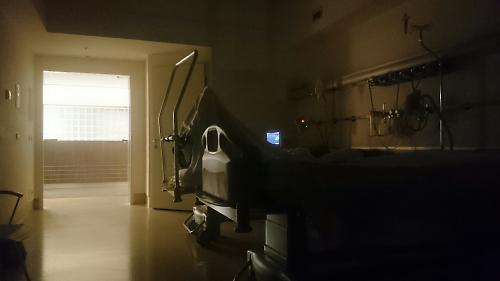 It turned out he had been driven into by a car, smashing into his calf and breaking the fibula. There was blood and pain everywhere, and if truth be told, I really didn't know what I was doing there, but it felt like the right thing to be doing.

Sparing you salacious details, I stayed the next 24 hours, pretty much scuppering any chance of me being able to get to Istanbul, via any means, in time for my flight home at the end of the week. We talked when he was awake, telling stories of family and children, I passed messages from his wife and helped her to stay current as she was still stuck in Greece. He slept a lot. After surgery the doctors told me to keep him awake. Really doc, the guy has just ridden 1000km across Europe, all his body wants is sleep!

I watched as my 18 months slipped away, all the while helping this bike rider whose need, and the need of his family, was far greater than my own

I write this five days after the event, when I've been able to watch the other racers cross strange lands and have adventures of their own, and of course I'm a little downbeat about my curtailed race, but I know that next year will soon come around, and with it my chance to attempt this race. 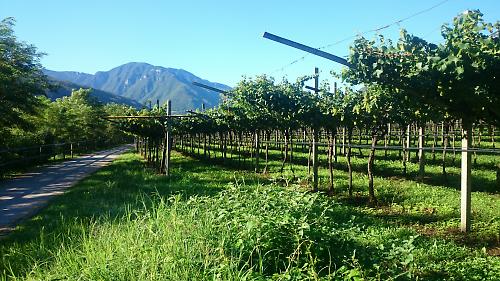 At that moment, at that time, I made the absolute right decision, no doubts in my mind or heart about it.

That's one of the great things about the Transcontinental race, and which I believe sets in apart from other races. It's not just about digging deep into your hurt-locker like Kristoff or Pippa did to win. It's far more of a journey, an opportunity if you will, to see how you cope with trials and adversity. All the racers will face them. Some will crumble at the first challenge; others will face the head-on with a grin and look to overcome; others still will simply go through them, struggling against the weight of expectations of self and also family, slowly grinding out the miles.

Me? Well I was faced with an opportunity to help someone in need, to put aside my own desires and help someone who needed it more than I did. I can be a bit of a dick at time, I'm glad this wasn't one of them.

I hope that my sponsors won't be too disappointed in my lack of racing, but more importantly I hope that I can show a positive example to my kids, and show them what's truly important.

It turns out I'm kind of a big deal in the Greek brevet community right now, but as I said at the start, I believe most people would have done exactly the same.

So, what do you do when you leave an environment like Verona? Well of course you go back up to the Stelvio and ensure you're not disqualified from the race, until it's on your own terms!

I'll be back in 2015, permission from my wife to be granted in the future, I'll race, I'll suffer and if the need arises, I would do the same again.

Mike Hall has created a fantastic race, so much credit should go to him, and if you have even half a chance to enter, you should do so. Don't worry if you think you're not fit enough now, there's time for that. This race will stretch you both mentally and physically, and you certainly won't regret entering.

I want to say thanks to Tony and Dave here at Road.cc for allowing me to write about the race and my experience. It's been fun and certainly helped with my discipline. There's a couple more race related posts still left to come, especially for those who want to know how to get started in this madness.