In It to Win It

All those commuter challenges have paid off: now you're ready for the main event. It's time for the Dun Run.

The Dunwich Dynamo, that annual critical mass of cyclists converging on London Fields for the purpose of forming a miles long snake of blinking lights wiggling its way to a sunken city in Suffolk, is the premier Smoke-to-the-sea pilgrimage, drawing a field of thousands.

Every year the organisers are at pains to say it's not a race. They even print it on the route sheet given to all comers: "This is NOT a race."

Nevertheless, any group ride is going to summon the competitive instinct in a select few. If you're keen to be the first to watch the sun rise and wow Strava while you're at it, here's a guide to helping you win. Or 'win', if you prefer the tongs of irony. 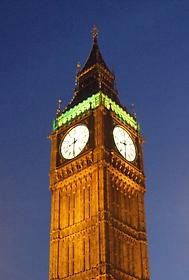 Leave early. This provides an obvious competitive edge which it would be foolish to forgo. If the goal is to get there first, or at least in the leading peloton, what's the point of dawdling over a pint?

Don't drink at the Pub on the Park. This is a classic schoolboy error. Nobody is saying you have to be teetotal, but lubricated socialising is not going to get your head in a place where it needs to be.

Don't ride a Boris Bike, penny-farthing, Brompton, or any other non-standard bicycle. Fixed gear is OK because they're obviously a committed bunch, and recumbents are fine, too, as it's not a particularly hilly course and the last thing I need is the 'bent crowd on my case. Ride your Sunday Best in anticipation of that Sabbath victory lap.

It is not necessary to shave your legs for this night out, as any marginal gains will probably be offset by the debilitating effects of razor burn on virgin depilators; but if you already do, keep to your routine.

Stay with the tried and true. Now is not the time to change groupset, tyres, or for god's sake, saddle. Leave the washing machine unmolested.

Tune your bike, of course: it is the instrument of your dominance. Get the tyre pressure the way you like it; pull out any weeds or playing cards from the spokes; make sure all quick releases are battened down.

If you're soloing, you'll want to find a pacesetter. Make sure they have GPS. When they flag, find another.

If you're forming a team, choose the members of your chain gang with care. Obviously no Boris Bikers, penny-farthingers, Bromptonistas, etc., but of primary import are the personalities going into the mix. Beware the bodge artiste, who is bound to frustrate with at least one mechanical; the social butterfly; and anybody doing it for the first time unless they've been thoroughly vetted (e.g., "I won the Dalston Dynamo last year" is not a good recommendation). All will challenge productive momentum. 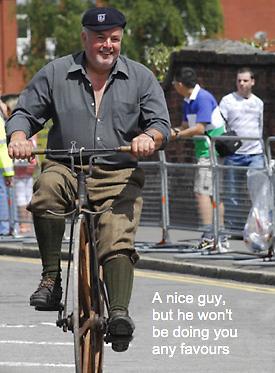 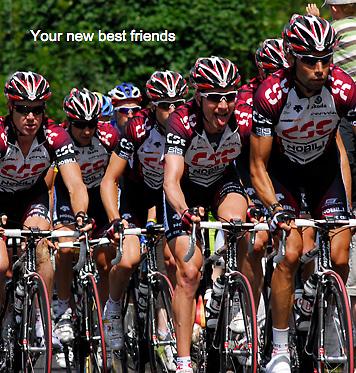 Don't get into any fights in Essex. While I have no desire to cast aspersions on the former eastern kingdom of the Saxons and current seat of power of Essex lords and ladies, the county has been known to engender a certain robust expression of opinion, particularly during the generously scheduled grogging hours. The temporary spike in adrenaline is not worth it, nor the visit to A&E – there goes the rest of the night.

Maintain a safety zone; you don't want to suffer the same fate as Cavendish. This won't be too difficult once you get past Epping Forest, but keep alert for lost sheep coming back into the fold from side lanes. Speaking of which...

Don't get lost! I can't stress this enough. Do not, under any circumstances, simply "follow the lights". Solo riders, I'm talking to you especially. It can get lonely out there in the middle of the night.

Use powerful lights. Forcefully splitting the darkness will prompt some to give way or even pull over as they mistake you for a car, thus gaining the canny lumeneer further advantage. Over-the-top taillights set at 'stun' are a further means to an end.

Skip the mid-ride mess hall. You'll be having the breakfast of champions.

If you can't organise a support van/pit crew, stash spare tubes, C02 cannisters, etc. along the way, just in case. It goes without saying you're not going to be loading yourself down with consumables. 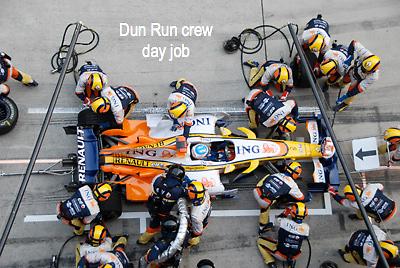 Toilet breaks. No need to go into too much detail here. Mind the wind direction; don't just aim left or right because you dress that way.

Watch out for wildlife. (Not a reference to Essex.) Not just because perpetrating roadkill comes back to bite you in the karma, but cleaning squirrel guts from brake calipers eats up minutes you don't have to spare.

If you wear earphones, get your playlist sorted. Only you know your biorhythms, but queuing "We are the champions" too soon will introduce you to the wall prematurely. "Tubthumping" is OK whenever.

Remember: no doping. Nothing harder than jelly babies. You don't want to be stripped of your title come some dystopian future where your DNA can be still be scraped from the silverware of the Flora tearoom, bringing shame to you and your progeny.

Leave something in reserve for the final push on the home stretch. Again, don't get lost. Aldeburgh is no consolation prize.

Have your sweetheart waiting for you on the beach in Dunwich. Absence makes the heart beat faster, as does the prospect of your just reward in the bushes behind the victory podium.

Those who turn around and cycle the 120 miles back to London are advertising that they didn't give it their all. Treat yourself to a ride home.

The Dalston Dynamo
"Because Suffolk is a... long way away" [site has since gone AWOL]

It's not a race
Not with that attitude it isn't