Simon Yates spotted riding mystery wheels at the Tour of the Alps - Could it be a new Shimano model?

The carbon tubular wheels look to be around 60mm deep, feature an as-yet unseen hub and what looks to be a wide rim profile
by Liam Cahill

At the recent Tour of the Alps, Team Bike Exchange’s Simon Yates was spotted using a set of unbranded carbon wheels. Given that Shimano is expected to be launching a new groupset later in the year, could it be that we’ll be treated to a new wheelset from the Japanese components giant? 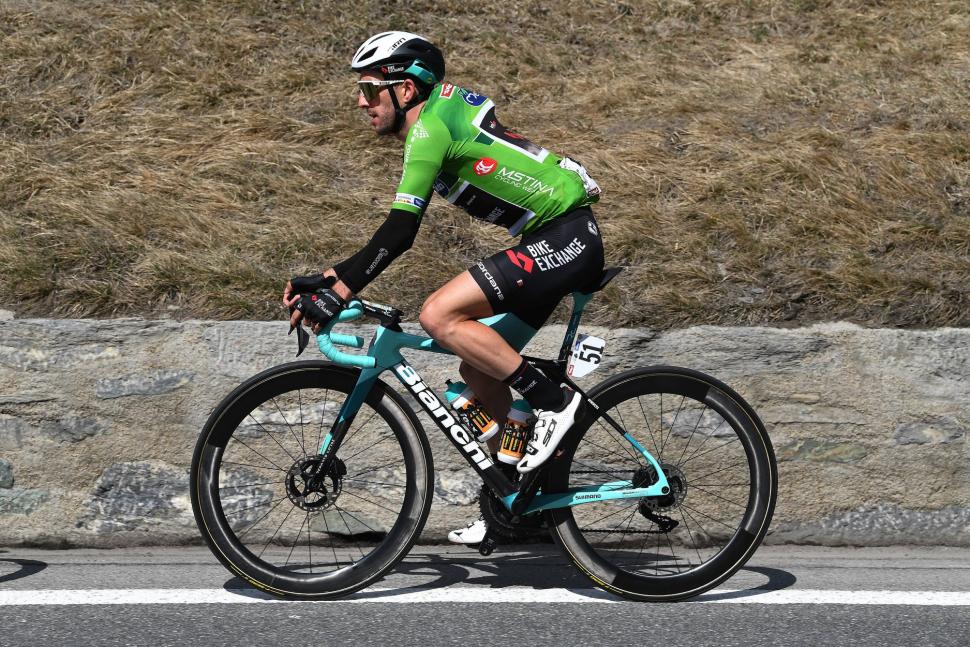 There are currently no details about the wheels. We saw at the Tour de France last year that Jumbo Visma, then riding Bianchi bikes as BikeExchange are doing now, used special wheels to bring the weight down towards the UCI’s minimum 6.8kg weight limit. It could simply be the case that Yates felt like he wanted a lighter aero wheel for the mountainous race and asked for a carbon rim with no branding.

The current tubular Dura-Ace C60 disc-brake wheelset that Shimano supplies to Team Bike Exchange has a claimed weight of 605g/750g front/rear, giving a wheelset weight of 1,355g. For a 60mm deep wheelset, that isn’t too hefty, but if you give a pro rider and especially a climber such as Yates the chance of making something lighter then they will usually bite your hand off.

> What happens when a Tour de France rider doesn't like his bike, kit, components… the yellow jersey? A few signs, however, point towards the wheels being new. Take the front hub for example. The old model had a very conventional spoke pattern where the driveside and non-driveside patterns matched. Taking a closer look at the new front hub shows that the drive side spokes are still a straight pull design, but they are now radially laced.

Shimano appears to be using a 2:1 spoke pattern here where there are twice as many spokes on the non-driveside as there are on the driveside. This could well be a weight saving measure that Shimano may believe will cope with the forces from the front brake.

It is hard to see the rear hub in the photos that are available to us, but the non-driveside seems to be radially laced straight-pull spokes while the driveside has what looks to be at least a two-cross pattern. 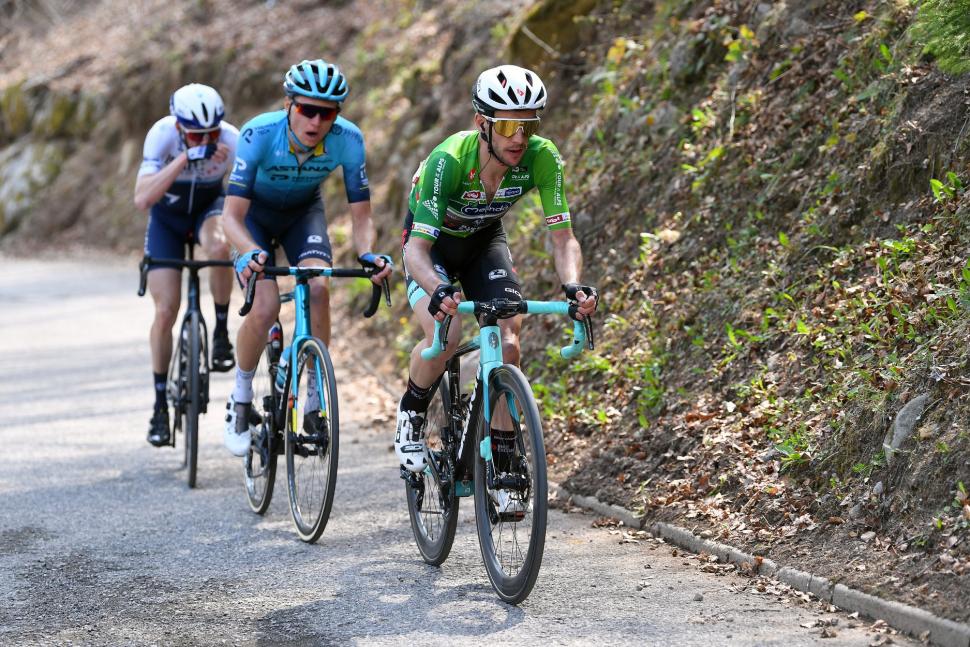 Without a cross section of the rim, it is tricky to tell if it has been made any wider than the old model, but this is certainly no skinny rim like the Lightweight wheels that Team Ineos is using to save weight.

Time will hopefully reveal all and we’d expect to see a lot more of the wheels as Simon Yates bids for overall Giro d’Italia glory.