With the cyclocross season fast approaching, Vitus has added to its range of ‘cross bikes with the new Energie Evo, a race-focused bike that has been on a diet while offering massive mud clearances which Vitus says will allow you to go further without needing to change bikes. Vitus also claims that it has worked “shoulder physiology” into the newly designed top tube, making those lung-burning runs while carrying the bike a little more comfortable.

Stu currently has the new Energie Evo in for testing. You can read his first ride review here. One of the most notable claims with the new Energie Evo concerns the underside of the top tube which Vitus says has been shaped to add comfort when shouldering the bike. Cyclocross races often have features that can’t be ridden or mud so thick that running becomes the faster option. Riders will pick the bike up and carry it on their shoulder and if you think that the weight of a muddy bike resting on a bony shoulder sounds uncomfortable, you’d be correct. Vitus doesn’t exactly detail what the “shoulder physiology” they’ve used is, but it seems that the line of the Energie Evo’s seat stays continues past the seat tube, before curving into a flattened top tube. We’ll send Stu off to run up some grassy banks to test the comfort.

Speaking of the seat stays, Vitus has dropped them slightly compared to the old Energie in an effort to aid comfort at the saddle. The rough terrain of your average cyclocross course can be very jarring, so the seat stays have also been made thin to provide extra give. 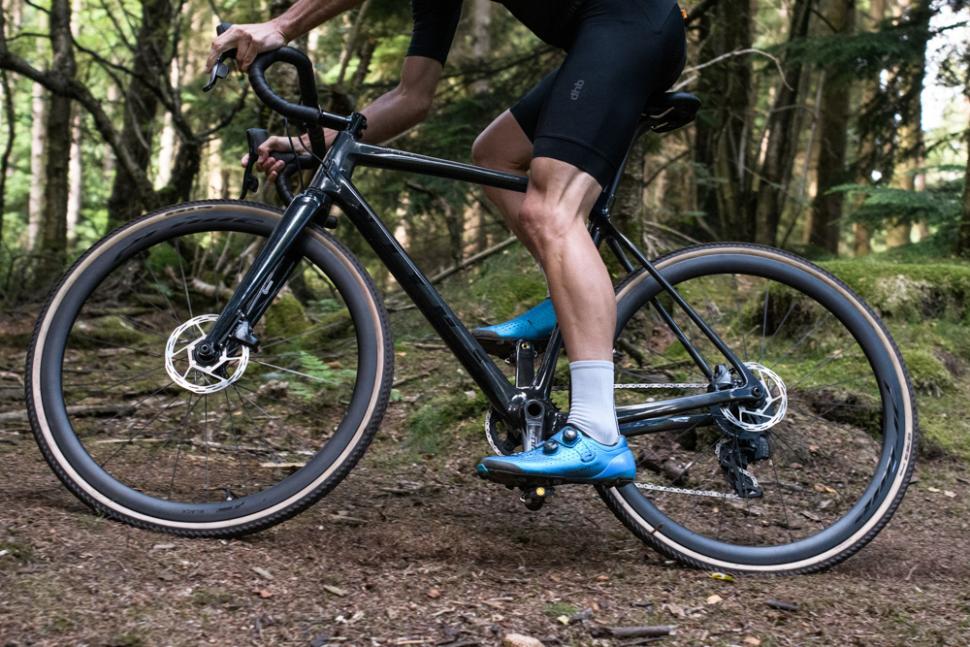 Vitus has opted for a BB386EVO bottom bracket shell that they claim “gives the bike a solid platform for excellent power transfer into the cranks.” 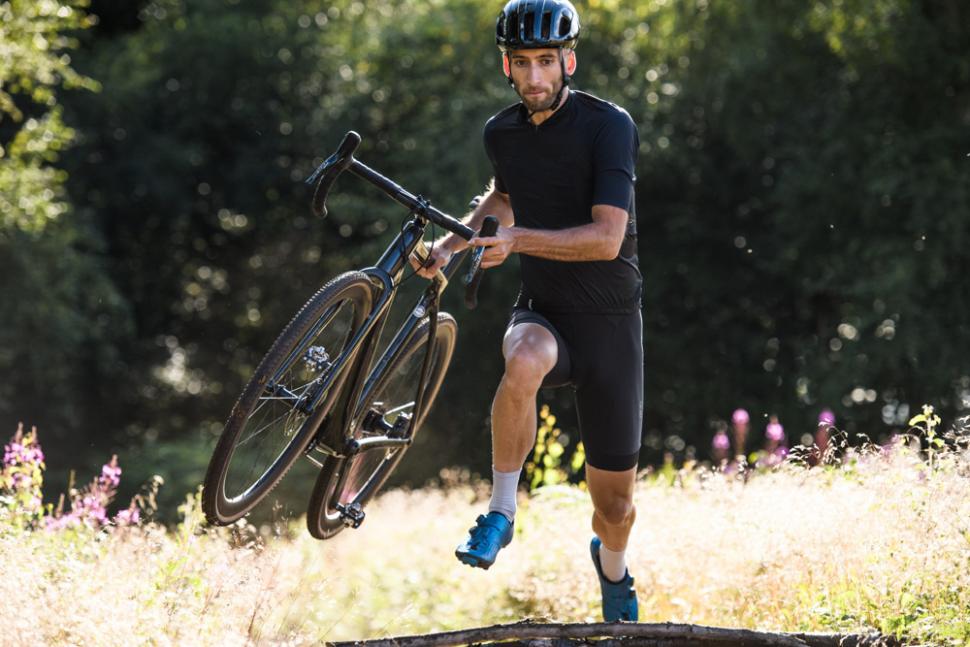 Vitus says that a painted medium size frame weighs in at 880g, putting it “among the lightest CX frames on the market,” which they say is particularly important in races where there is a good amount of running to be done.

Vitus says that it got to this weight by using a “no-compromise approach to R&D, design and manufacturing techniques” that resulted in “585 individual pieces of carbon creating a race-ready one-piece monocoque carbon frame.”

While Vitus says that the “class-leading mud clearance” should allow you to ride deeper into the race before needing to swing into the pits to pick up a fresh bike, for the majority of riders in local races, a second bike isn’t an available luxury. Simply having a bike that keeps going for a 60-minute race is crucial for just finishing, so Vitus’ claims around the clearance will be interesting to test.

Stu currently has a 56cm and says that the gap between the chainstays where the tyre would sit is around 55 to 60mm. When using a UCI race-legal 33mm tyre, that should give a fair amount of clearance. 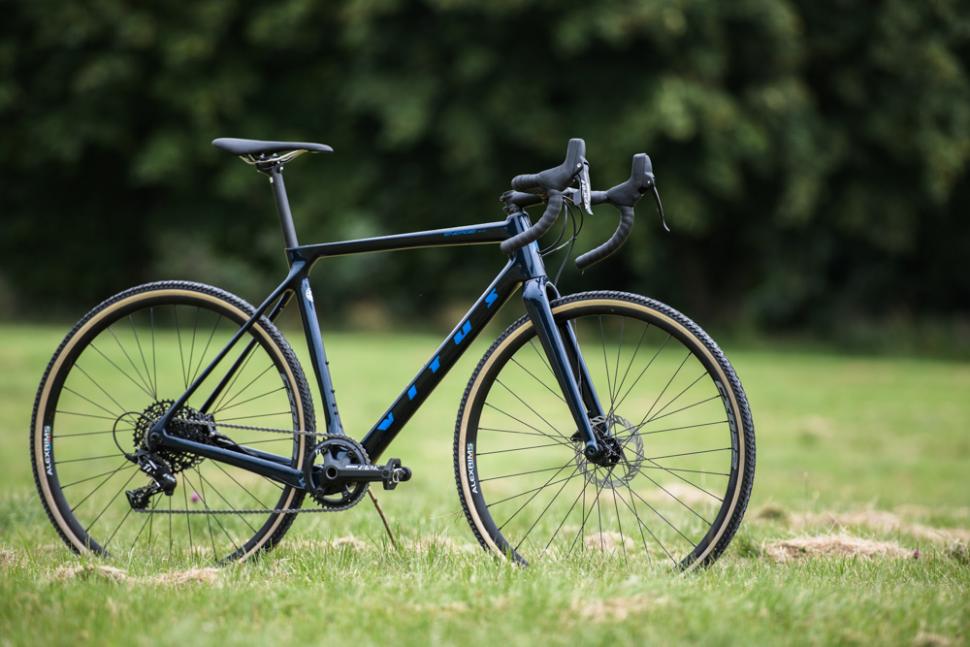 While Vitus says that the frame has been completely redesigned, it’s more of a slight tweak for the geometry with the standout change being a longer top tube paired with shorter stock stems. Vitus claims that this move “puts your hands and body weight in a superior position for stable and predictive steering through technical terrain.”

For a size medium, the effective top tube has gone from 545mm up to 560mm while the head tube has also increased from 135mm to 142mm. The changes result in an increase in both stack and reach with the medium now measuring 565mm for stack and 396mm for reach.

The Energie Evo range consists of four bikes with prices starting at £1,799.99 and topping out at £3,499.99. Each model uses the same carbon frame and all groupsets come in 1X form from SRAM. Here’s a breakdown of the range. 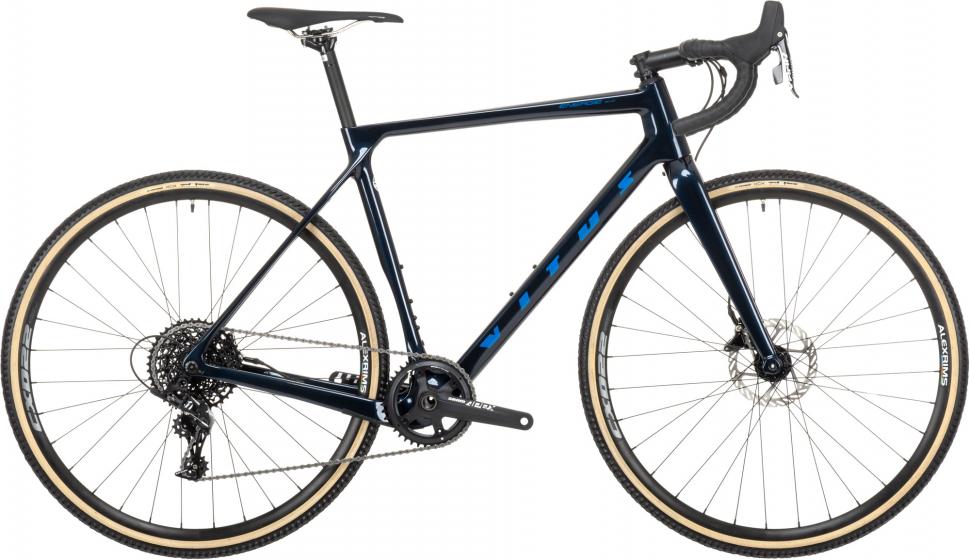 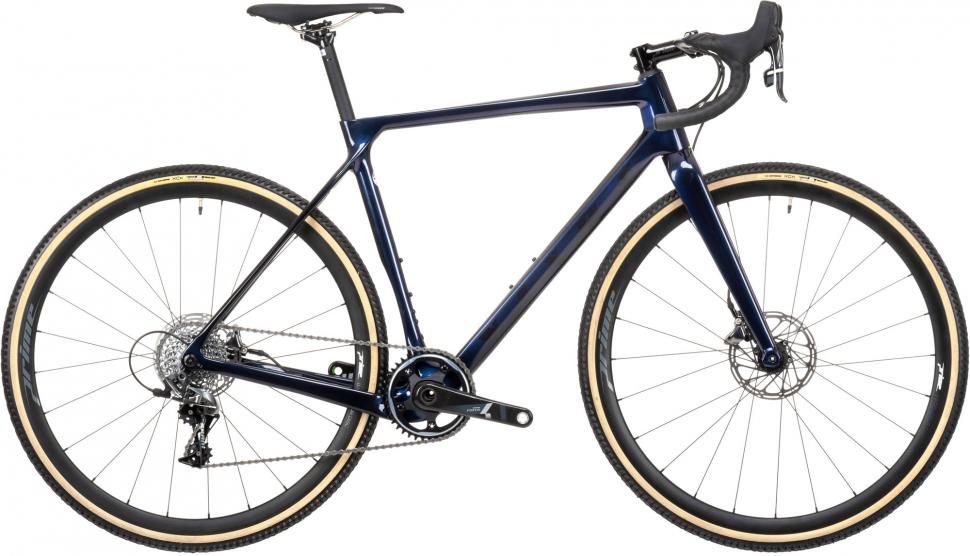 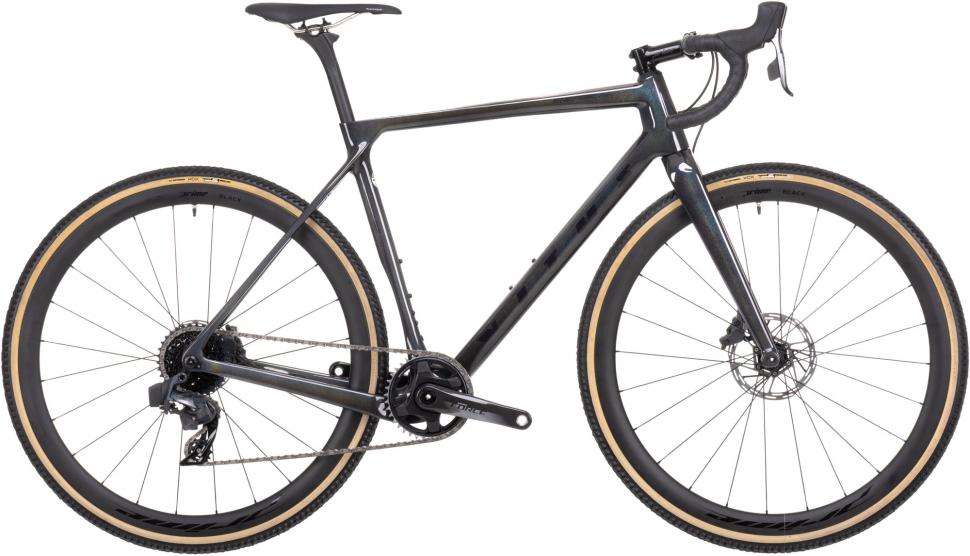 The bikes are available later this year with stock due in late September/early October.