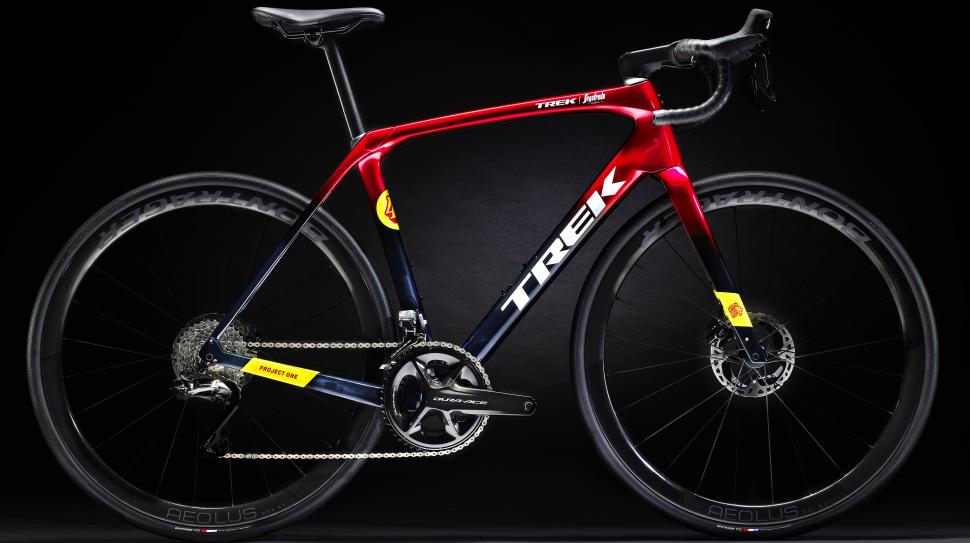 Trek claims the fourth generation Domane is faster and more capable than ever before, and the frameset is 300g lighter than the previous version
by Jamie Williams

Trek has launched an all-new Domane, the fourth generation of its most versatile endurance road bike platform. Trek claims the new bike is more aerodynamic and, like the radical new Trek Madone there's a significant frameset weight saving of 300g thanks to a simplified IsoSpeed decoupler system. 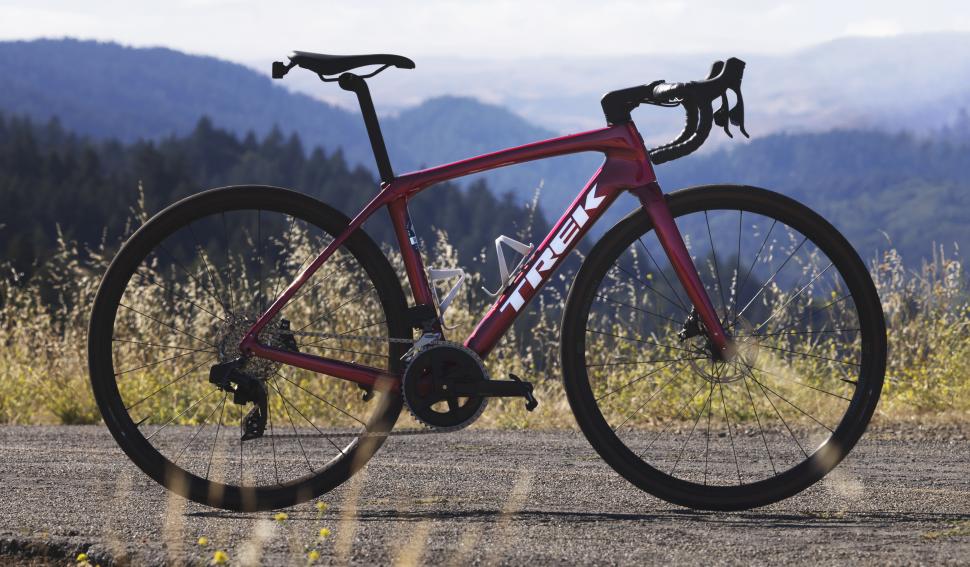 The Domane is Trek's endurance road bike designed for long days in the saddle when ride quality is the number one priority. There are three new frame variations, the SL, SLR and the race-focussed RSL, with the latter being raced to victory at Paris-Roubaix Femmes earlier in the year.

The general gist is that the new frames (and full bike builds) are lighter thanks to ditching the front IsoSpeed system, and at the rear the IsoSpeed is now simplified and non-adjustable. Trek says the bike is also faster thanks to new tube shaping and an integrated cockpit, and there are additional mounts such as a top-tube bag mount to make the new Domane even more versatile. Let's take a closer look at some of the facts and figures... 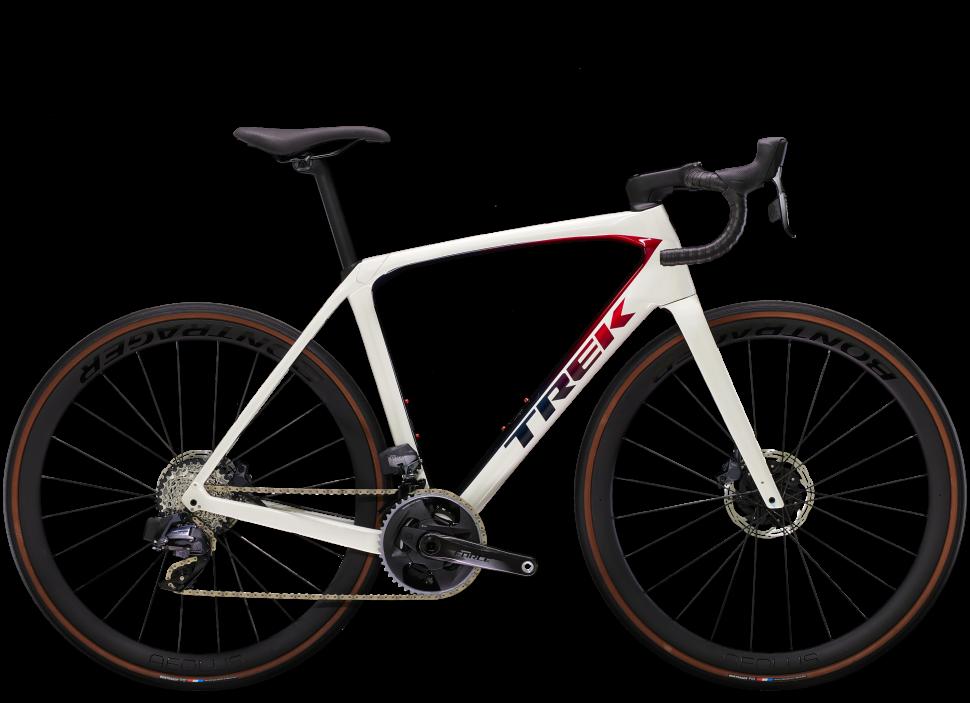 Last year we reviewed the outgoing third generation of the Trek Domane, and there was a lot to like; however, Mat's main drawback which prevented it from scoring even higher was the weight... well, the fourth generation aims to solve that in style with significantly lighter bike weights: up to 700g on SLR builds and 300g on SL builds. 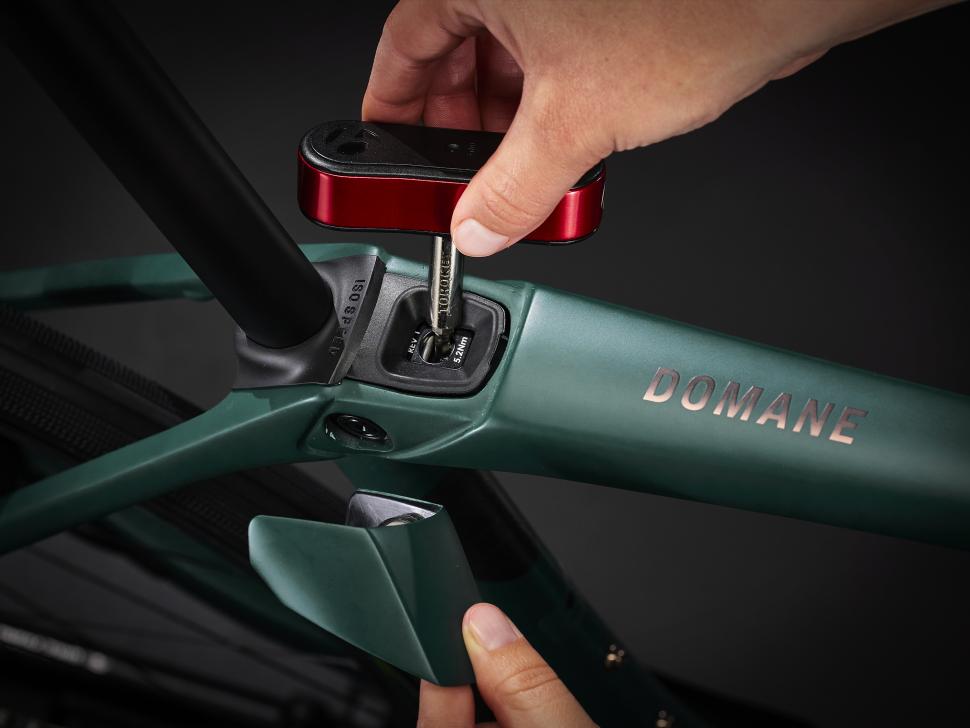 Much of that weight saving (~300g) has come from the frame itself, with the complete removal of any IsoSpeed suspension/compliance system at the front end, and a simplified system at the rear.

Fans of the radical Isoflow (essentially a gaping hole) on the radical new Madone will be disappointed, as IsoSpeed lives on at the rear; however Trek has opted for a lighter single-setting IsoSpeed setup which has been tuned to each bike size. According to Trek, this is because very few riders were actually using the previously adjustable system. 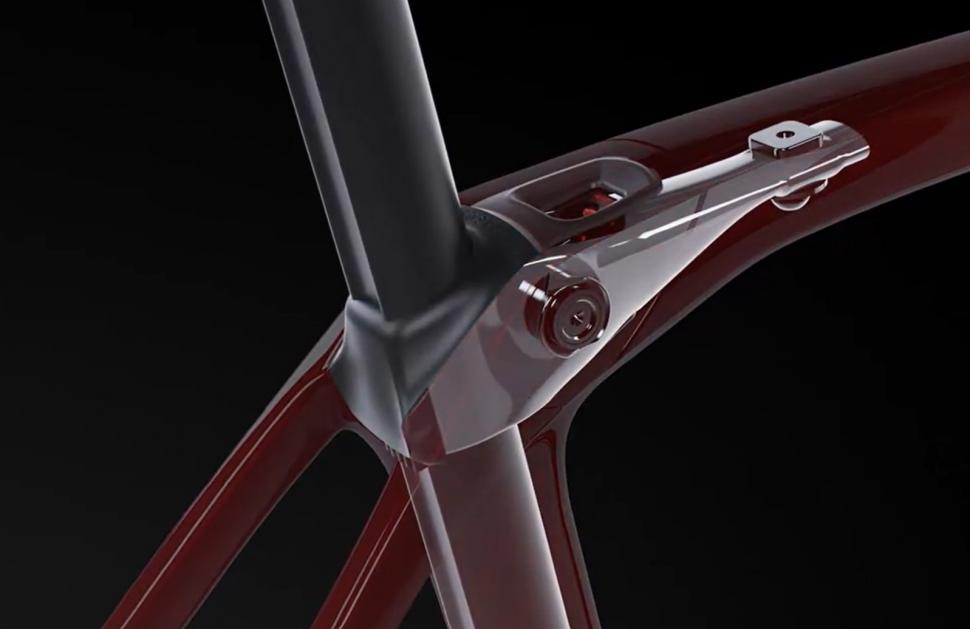 The SL and SLR builds share the same "Endurance" geometry, which is relaxed for a road bike with a tall headtube and short reach. The RSL model gets more aggressive geometry (more on that in a minute). 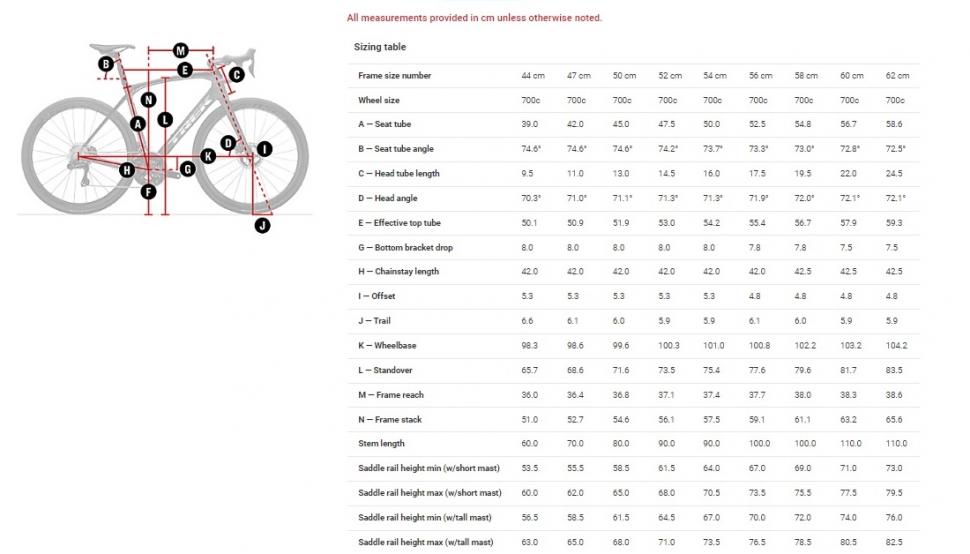 > How to read a bike geometry table - The numbers made easy!

The SL and SLR not only differ from each other in the builds that they are offered in, but also the frame material. Both are carbon, but the SLR uses Trek's 800 Series OCLV carbon, whereas the cheaper SL model uses a lower spec 500 Series OCLV frame.

Both frames are identical in terms of mounts and tyre clearance: up to 38mm without mudguards or 35mm with them.

Trek is often quite modest about its tyre clearances, so you might be wondering if you could use the bike for gravel: Trek says that the answer is yes, this is a bike that is more than capable of taking on the rough stuff, but that it is designed to be a "road first" bike, whereas the brand's Crockett gravel-specific range is designed for "gravel first". 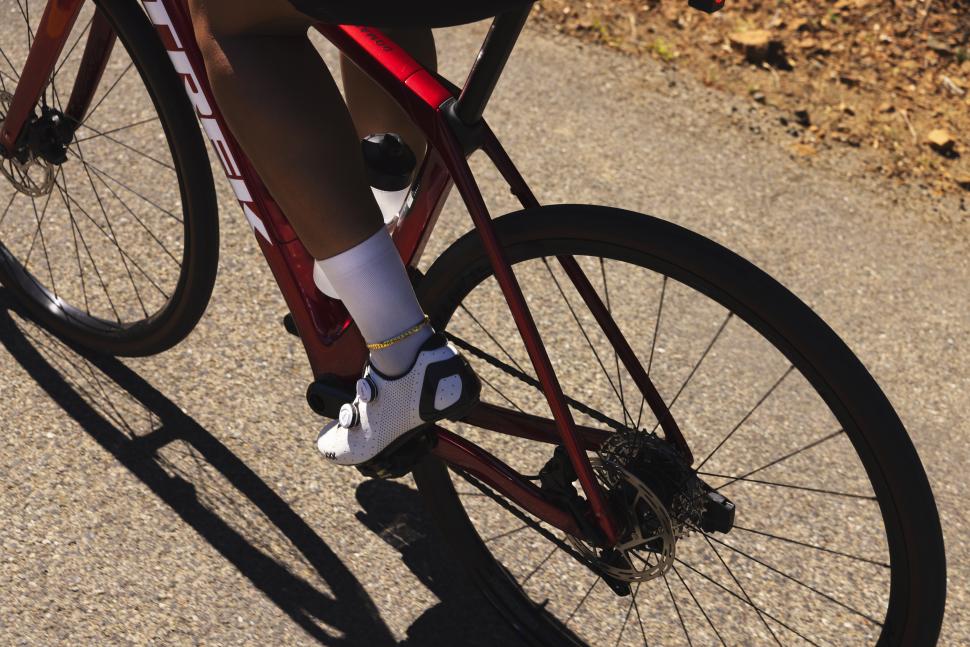 > Gravel bike vs road bike: what’s the difference and which one is best for you?

With that in mind, the new Domane can be run with either a single or double chainring setup with 50T and 52/36T (min 46/33T) maximum chainring sizes respectively. Trek has doubled down on its threaded T47 bottom bracket as it attempts to standardise this across its range. 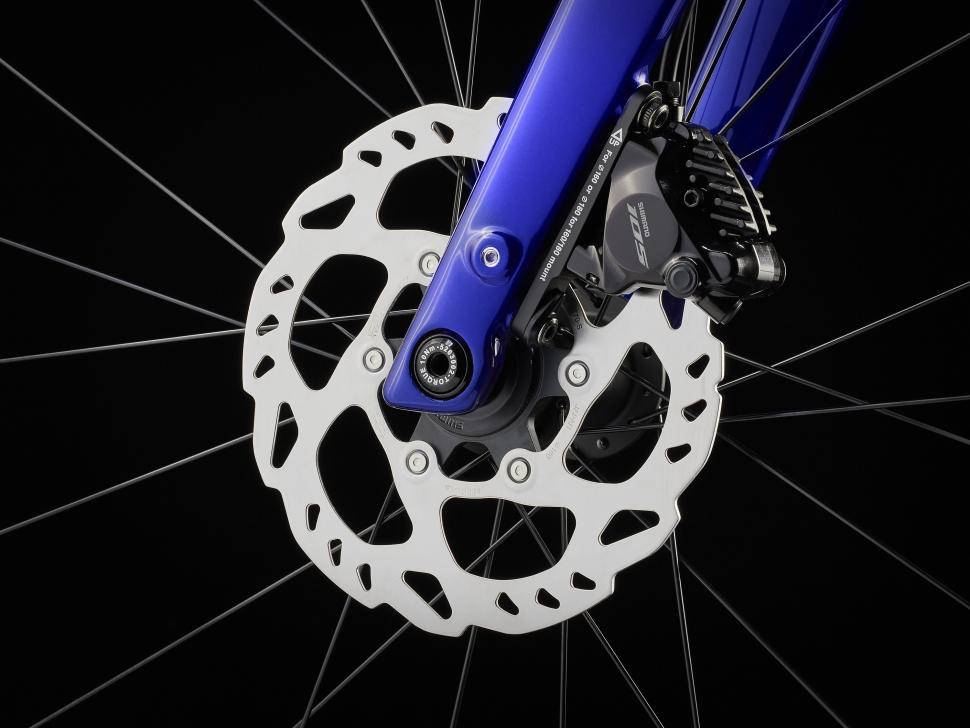 As well as "hidden" mudguard mounts, the Domane has room for two bottles in the main triangle as well as the addition of mounts to the top tube for a bento-style box or top tube bag. This is a bike that looks more than capable of hauling everything you need for single-day adventures. 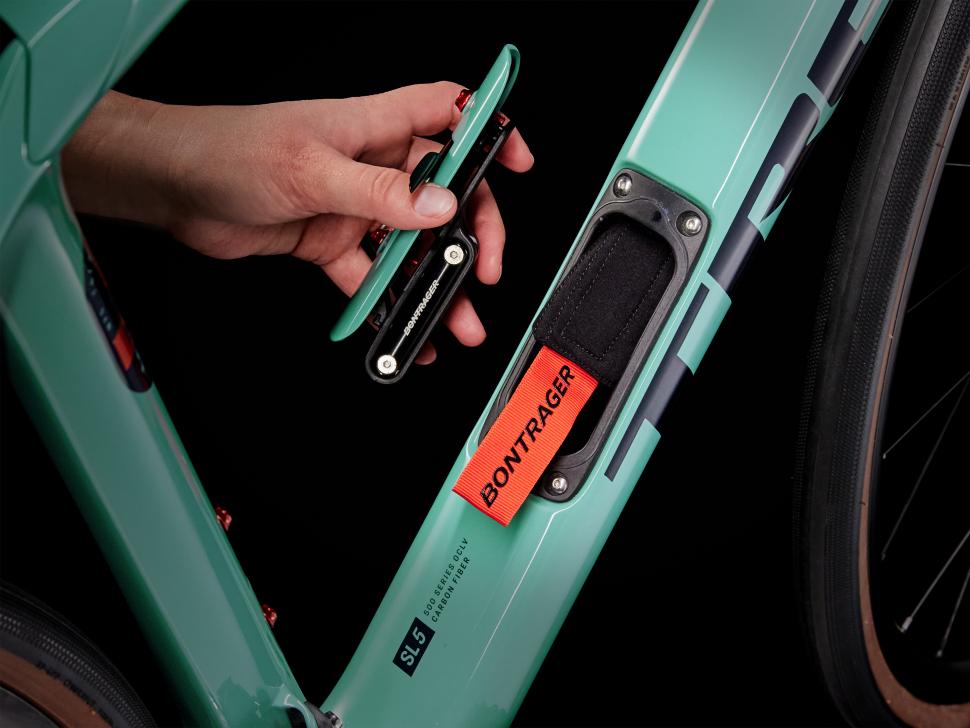 Like the previous Domane, the SL and SLR bikes get hidden storage in the downtube of the bike. There's also space for a BITS bag (Bontrager's internal storage solution) to store a spare tube, CO2 inflator/cartridge, and two tyre levers with space to spare, with the bottle cage then fitting on top of this.

Trek says the new bike has been developed using extensive CFD (Computational Fluid Dynamics) testing to make it more aerodynamic than the previous generation. There are no specific claims of just how much 'faster' it is, but the Kammtail Virtual Foil (KVF) tube shaping is reminiscent of the speed-focussed Emonda and Madone frames. 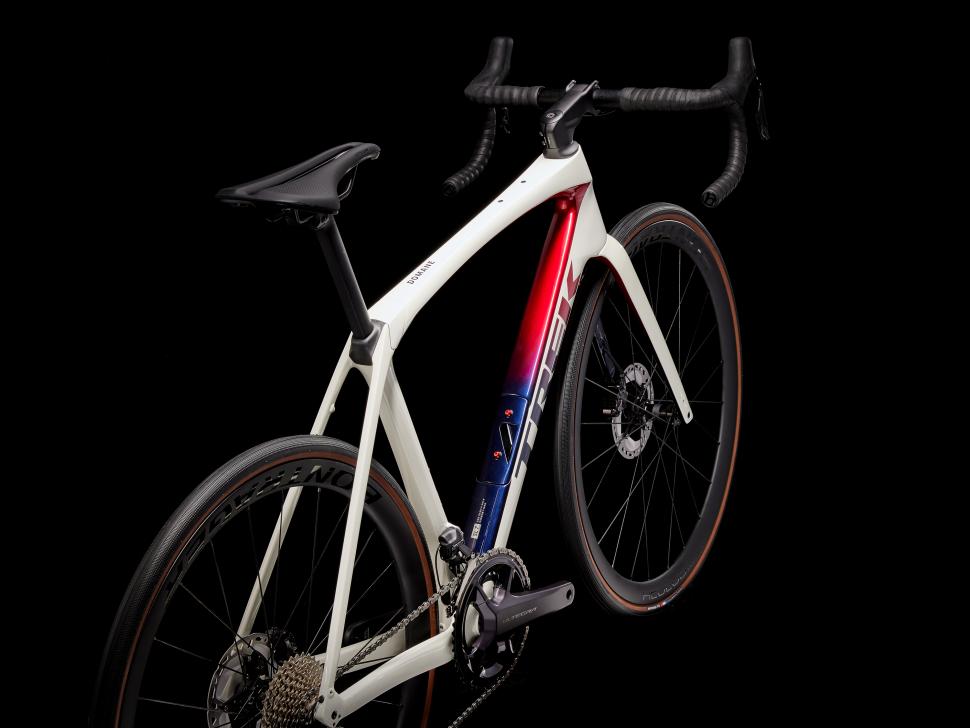 The new seat post is slimmer and also shares this Kammtail D-profile design, so you won't be able to swap it out for an alternative. This will be available in 5mm or 20mm setback options and in two lengths, 280 or 320mm. 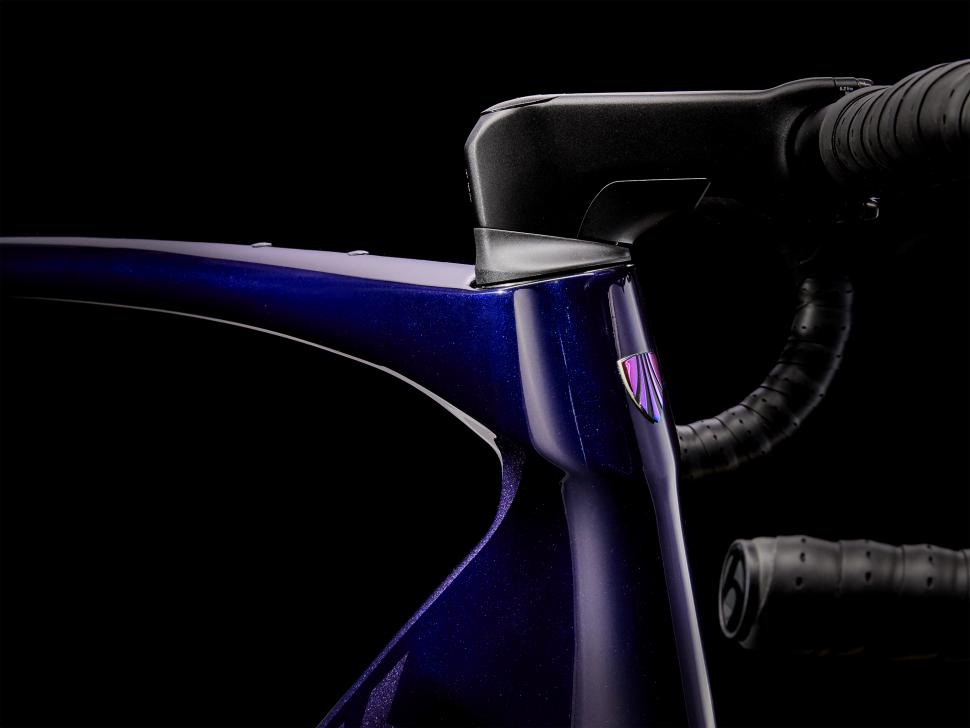 To keep things looking neat at the front end there's an all-new 'RCS Pro' integrated stem that shares compatibility across several of Trek's road models. This keeps the cables tucked out of sight, while also allowing riders to swap stem sizes without having to remove any brake hoses or shift housings. It's available in both -7 and +7 degree rise options. 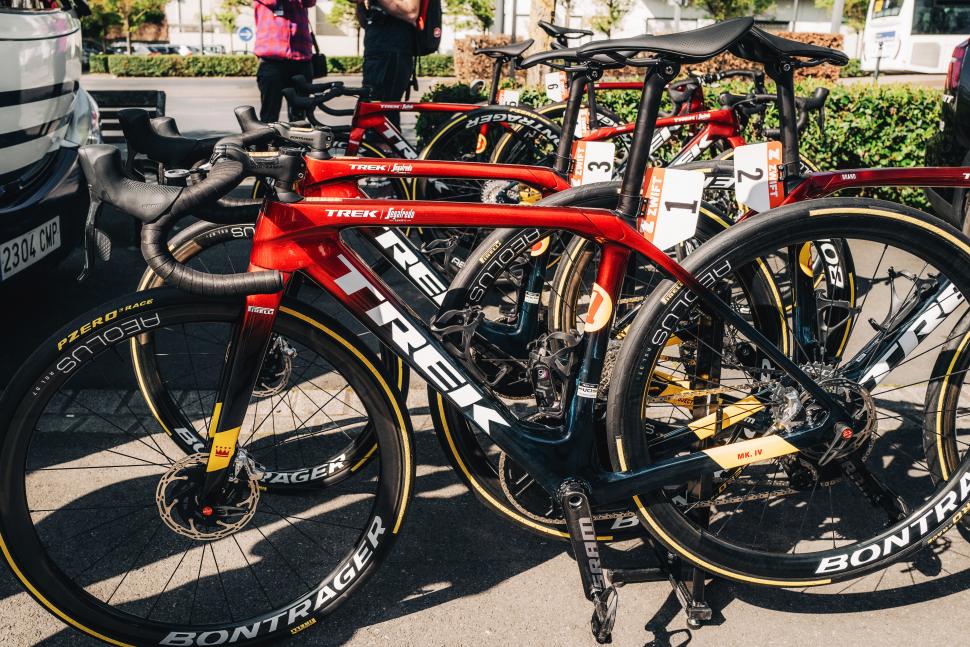 The Domane RSL is designed for speed, and has already been put through its paces at this year's classics races including a win for Elisa Longo Borghini at the 2022 Paris-Roubaix Femmes. The RSL features the same 800 Series OCLV carbon as seen on the SLR, but there are plenty of differences: 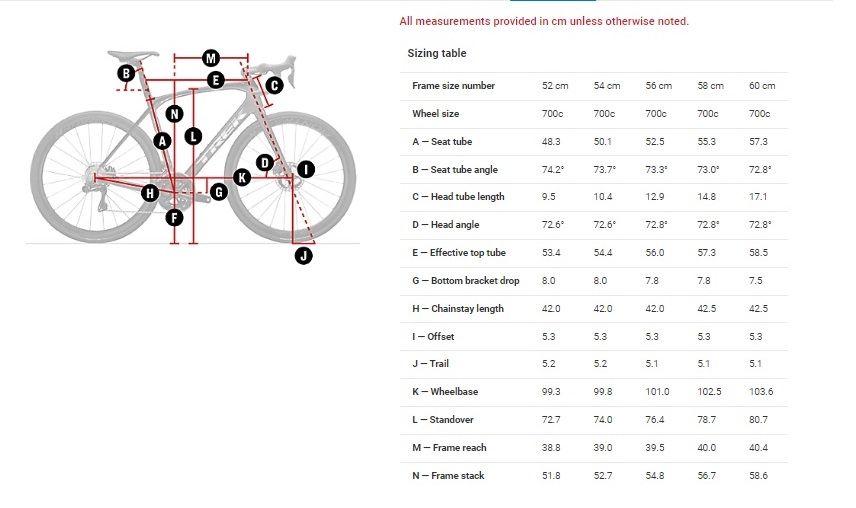 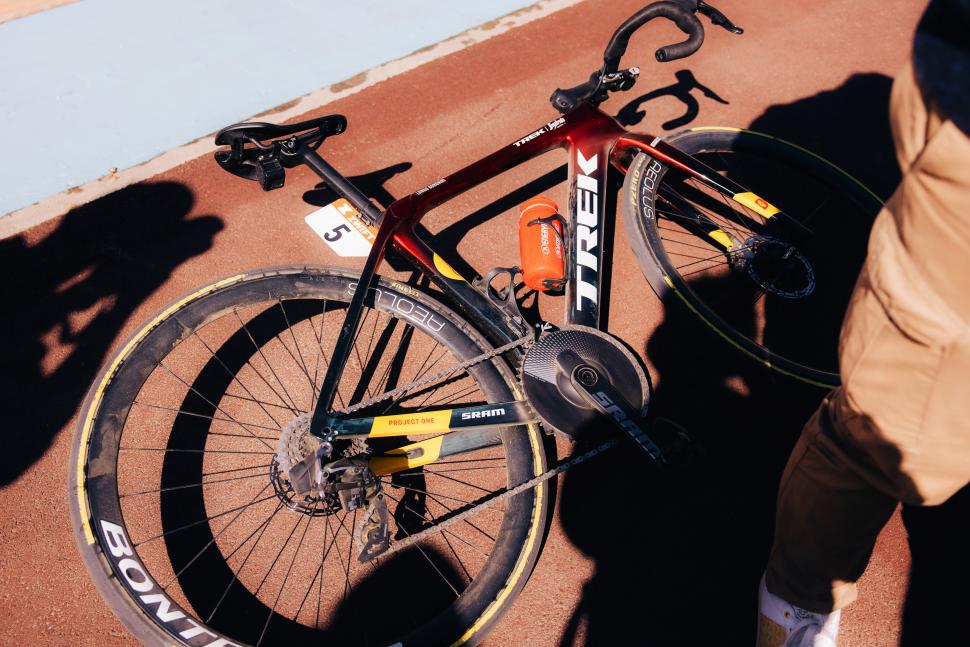 The RSL frameset gets a claimed weight of 1.60kg in a size 56cm (0.90kg lighter than the SL model) but is only available to buy as a frameset rather than as a complete bike.

Trek has released a huge list of builds to suit a range of budgets, and unlike some newly released bikes, we do expect to see them hitting the shops by the end of the month. 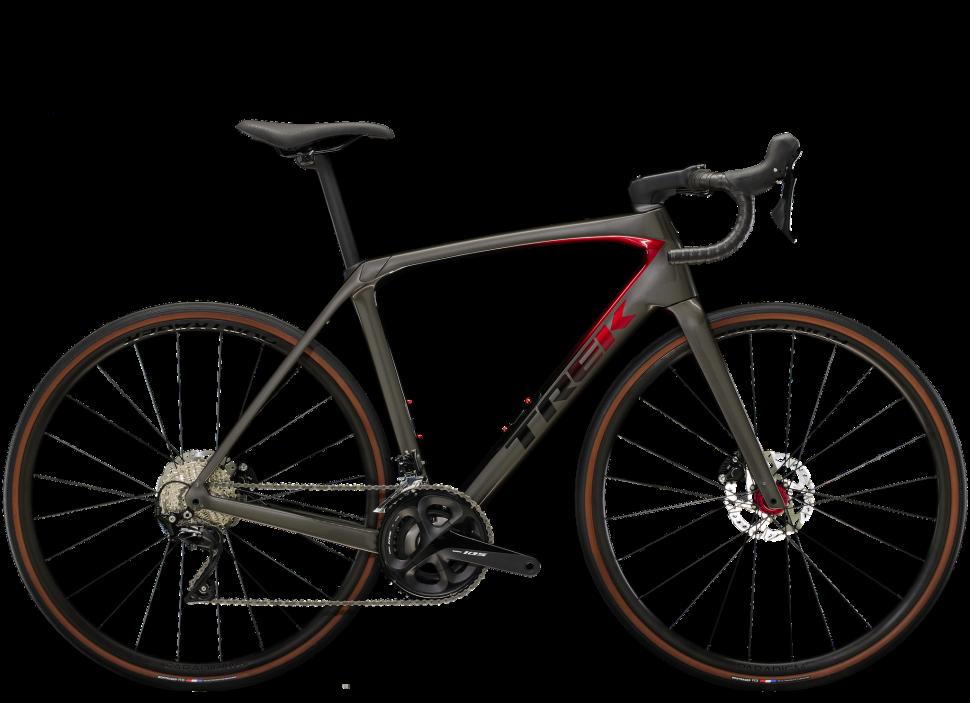 SL Frameset: The cheapest possible way of getting a new Domane is the SL frameset, which is priced at £2,700 and weighs 2.50kg. 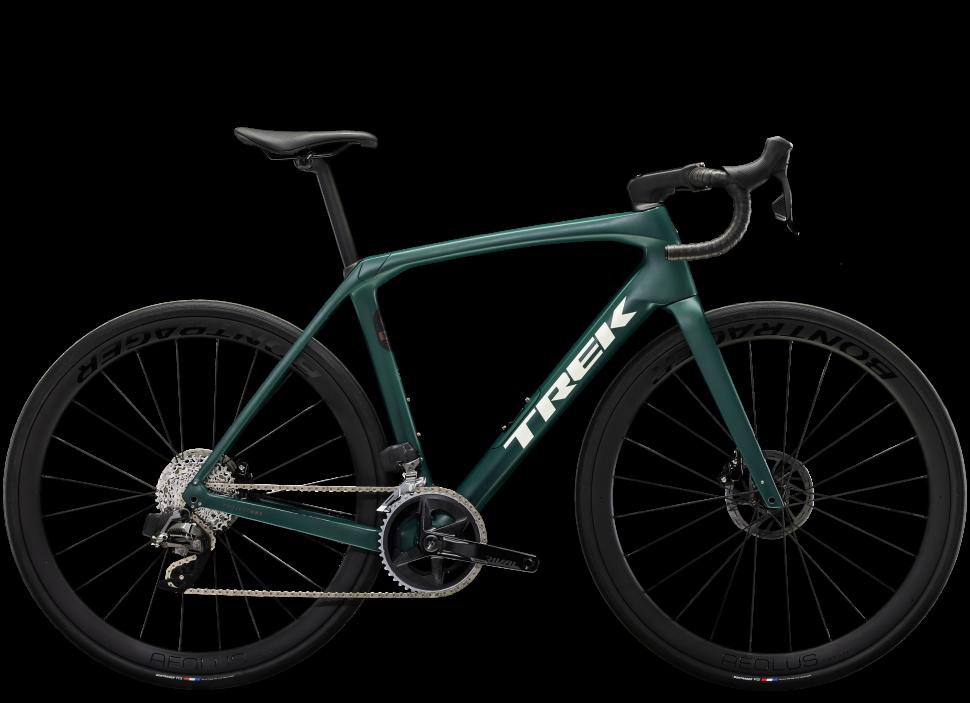 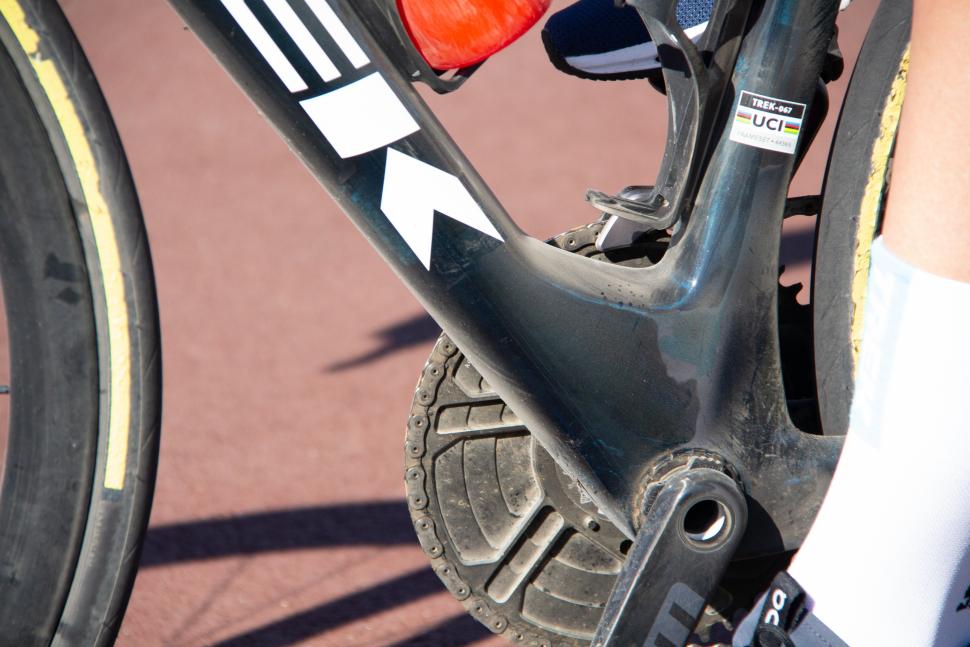 RSL Frameset: We were slightly surprised to see that the RSL frameset has the same RRP as the SLR frameset (£4,500)

All of the complete bikes get a carbon seat post, and other than the SLR 9 come specced with 32mm Bontrager R3 Hard-Case Lite tyres, giving a good indication as to the bike's intended purpose.

We have a new Domane on the way, so look out for a full review in the near future...