Prototype cranks are said to be twice as strong as ones developed and manufactured using traditional technique, and 20% lighter
by Mat Brett

SRAM has worked with Autodesk software, generative design and additive manufacturing, also known as 3D printing, to produce prototype titanium cranks that are said to be twice as strong and 20% lighter than those that use traditional techniques.

Generative design algorithms explore numerous design solutions, working towards defined goals while considering given constraints. Autodesk has posted a video online, reported by Forbes, that explains what is going on here.

“We started this project with Autodesk as a leader in generative design technology so that we could pair that with what we understand about bicycle design, and look at optimising our crank arm designs,” says SRAM’s senior design engineer Will King.

“We chose the crank arm for this generative design project because it's a large structural member. 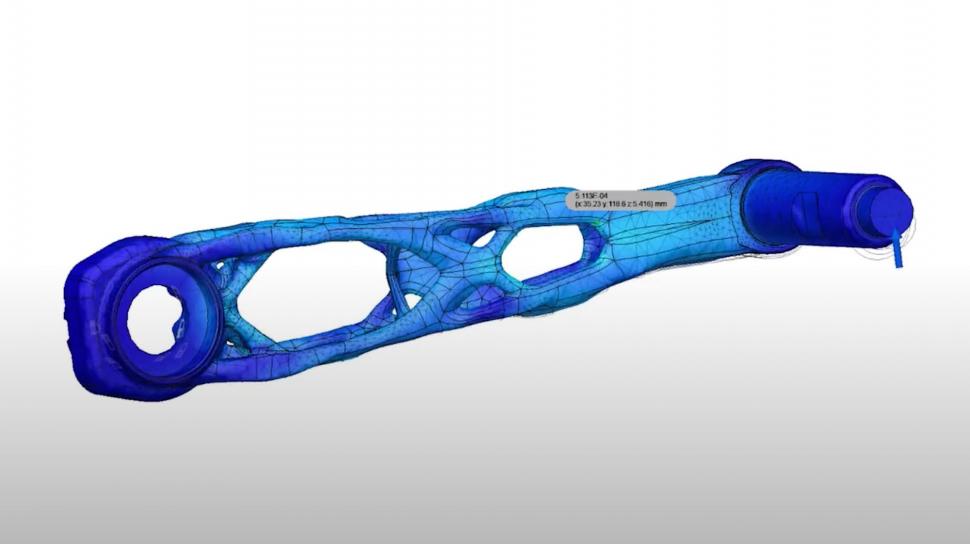 “From the digital idea to the physical element, additive manufacturing [also known as 3D printing] can help get you there quicker, allows us to bring the idea into physical space to evaluate it, test it, ride it, then go back and decide what elements of the design we want to put into our production drivetrain.

“For SRAM the end goal is to deliver cycling components that inspire the rider and make the bicycle faster and generative design is a tool that is allowing us to not only optimise performance parameters for the rider but also shorten our development time to try new ideas, evaluate them, throw them out or give them more merit and bring them to the prototype phase. Then we're able to deliver those new ideas quicker to the end-user. 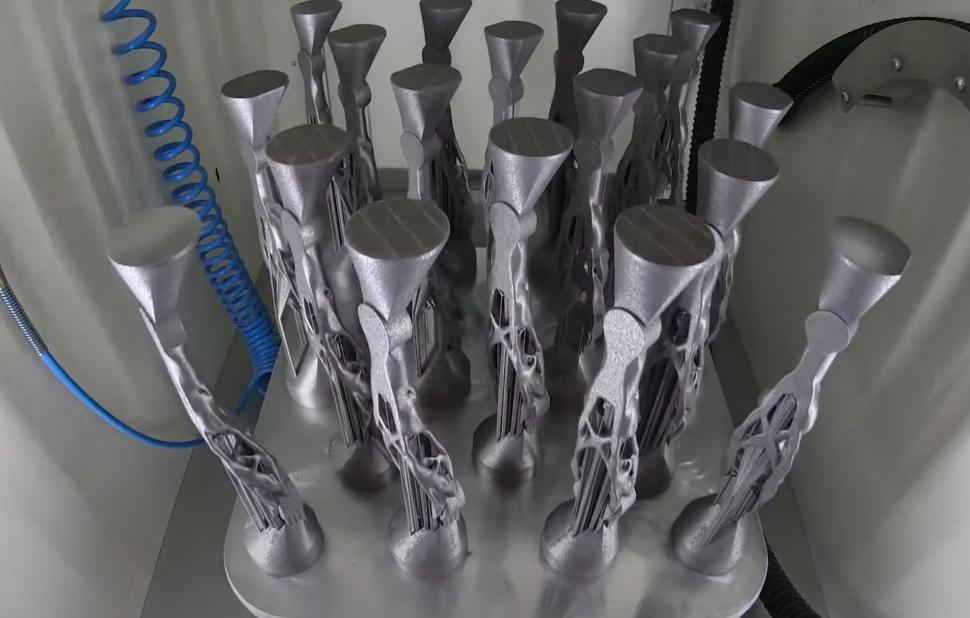 “At SRAM we're an innovation company and so as we look to inspire the consumer with our components we want to continue to add innovation and make that riding experience better, and generative design is helping us get to that finish line quicker.”

Obviously, Autodesk is interested in promoting the benefits of using its software, but you get the idea that SRAM is enthusiastically embracing new tech as a means of improving the products it can deliver to consumers.

Autodesk’s Sean Manzanares says, “What we're doing is utilising artificial intelligence as well as super-computing power which allows you to come up with dozens or hundreds of different designs that no human could ever think of, and you're getting those in a fraction of the time. 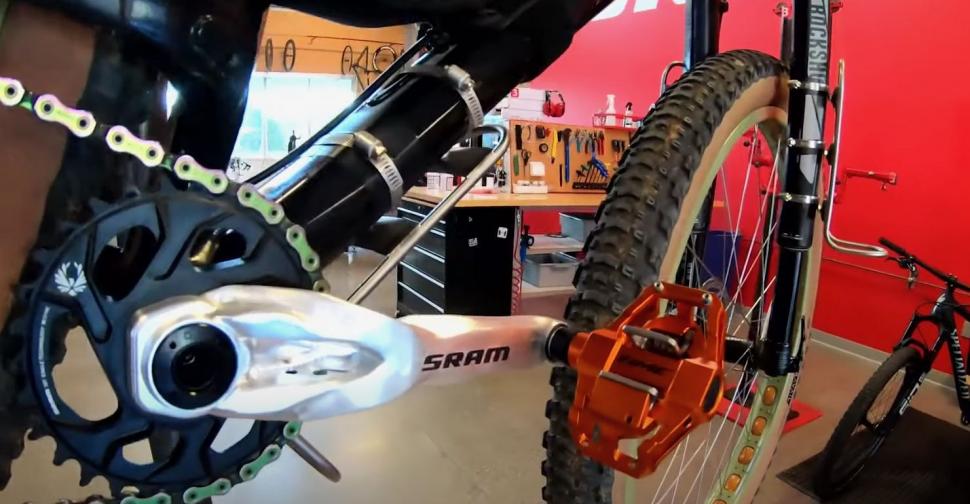 “We took [SRAM’s] past crank arms as inspiration, and we use our design exploration software called generative design inside of Fusion 360 [software]. You have to bring in new design tools to think differently and do things differently. You're going to use innovation as the key to bring in the new methods of creating and manufacturing your products.”

SRAM has created working prototypes. The lattice/beam structure looks super-cool but also as if it’ll serve as a mud trap. Bear in mind, though, that some form of skin on a production version could easily stop that.

There are, of course, plenty of hollow cranks on the market that are designed to save weight, and many manufacturers mill their cranks to remove unnecessary material, but the SRAM prototypes appear to take this to a whole new level. We don’t have a weight for them.

The video is mountain bike focused. Aerodynamics would be a further consideration in the road world although, again, a skin would presumably neaten things up there.

We’ve approached SRAM for further comment, asking whether we’re likely to see these cranks in the real world any time soon or whether they're unlikely to progress beyond the prototype stage.