The new sprocket design is said to enable a conventional roller-chain to transfer power on both sides of the sprocket tooth by 'Dual Engagement' and contains half the number of teeth of a normal sprocket to do so. Up to 30% increase in drive lifetime and up to 1% higher efficiency are promised by New Motion Labs.

“By enabling the roller-chain to securely engage on both sides of the sprocket tooth, instead of pushing the tooth on one side like conventional sprockets, movement between the tooth and roller is eliminated,” says New Motion Labs. 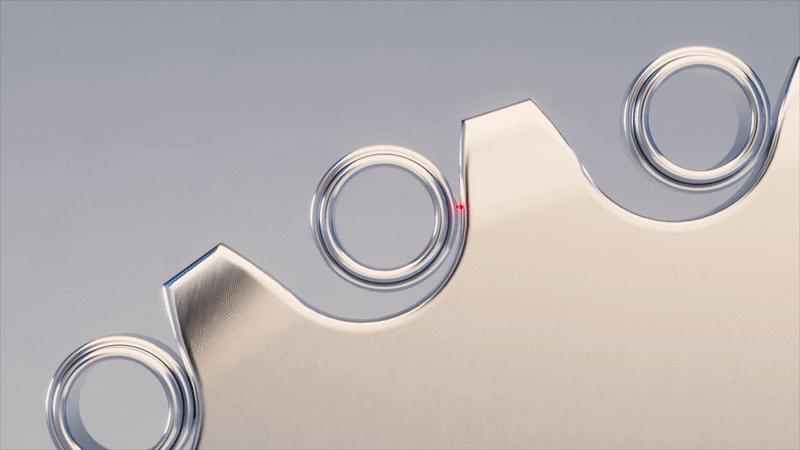 “This drastically reduces the frictional losses over and above conventional drivetrains, increasing the overall efficiency and lifetime of the chain, chainrings, and sprockets.” 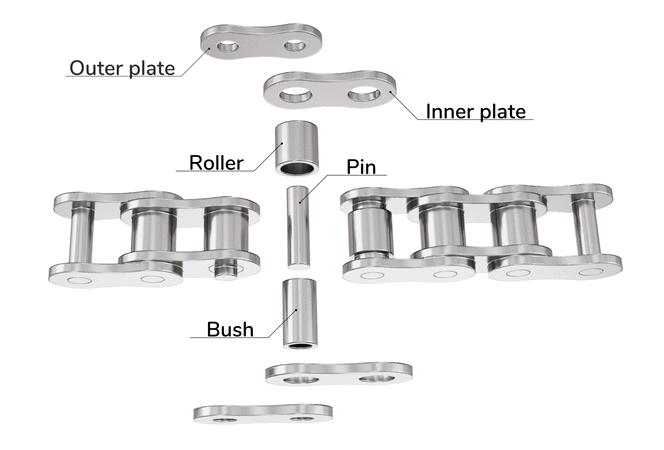 In the Enduo Evolve system, each roller is said to perform a different function on the tooth: “One roller is load-bearing, meaning that its primary role is to transmit load between the sprocket and the chain.”

The roller on the other side is only a supporting roller. This is unlike conventional chainring/sprockets where every roller is load-bearing.

“While this [supporting] roller does not apply torque directly to the sprocket/chainring, it supports the load-bearing roller on the tooth and prevents roller movement and any losses associated with such movement on the tooth,” says New Motion Labs.

For this Dual Engagement, Evolve sprockets and chainrings have half the number of teeth of corresponding conventional sprockets while maintaining an equal number of points of articulation.

This reduction in the number of teeth for the same sized sprocket or chainring is said to have very little effect on its strength.

New Motion Labs explains: “By ensuring that the supporting roller always articulates via a bush articulation, the effect of the inefficient, but unavoidable, bush articulation is greatly reduced, increasing drivetrain efficiency overall. Maintained efficiency is also promised throughout its lifetime. Roller chains typically elongate over time due to wear. According to New Motion Labs, “a certain amount of elongation is allowable, typically up to 0.75%. Nevertheless, chain stretch has a deleterious effect on the efficiency of the conventional roller-chain drives.”

New Motion Lab claims that with the Enduo Evolve, “the effect of chain elongation does not have such a negative impact on the drivetrain efficiency” because of the nature of the alternative roller types (load-bearing and supporting) that adopt different positions as the chain elongates. Thanks to this higher performance is promised for longer periods.

New Motion Labs is an IP licensing company and so will not be manufacturing and selling the product themselves. "We license the technology to manufacturers, who are then able to produce and sell the physical products to the end user."

When will it be available? "We are nearing the end of testing and expect the product to be ready Q2 2021 for track cycling and Q3/Q4 2021 for road cycling and e-bikes," says New Motion Labs.