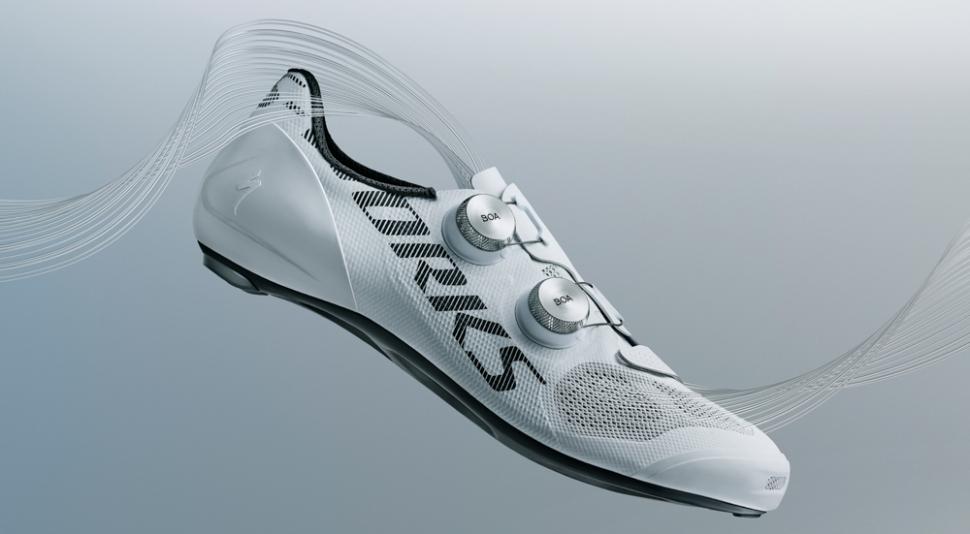 Specialized has already told the world that “aero is everything” and now, the Californian bike brand is telling us that “cooler is faster”. The new S-Works Vent road shoes keep the fit and Boa S3 dials of the standard S-Works 7 shoes, but uses a new heavily-vented upper material and borrow the vented sole from the Exos shoe.

Struggle with hot feet on those sunny summer rides? Admittedly, it’s not a problem that we often have here in the UK, but in sunnier climes, getting a good amount of airflow to the feet can, Specialized claims, make a difference to both comfort and performance. 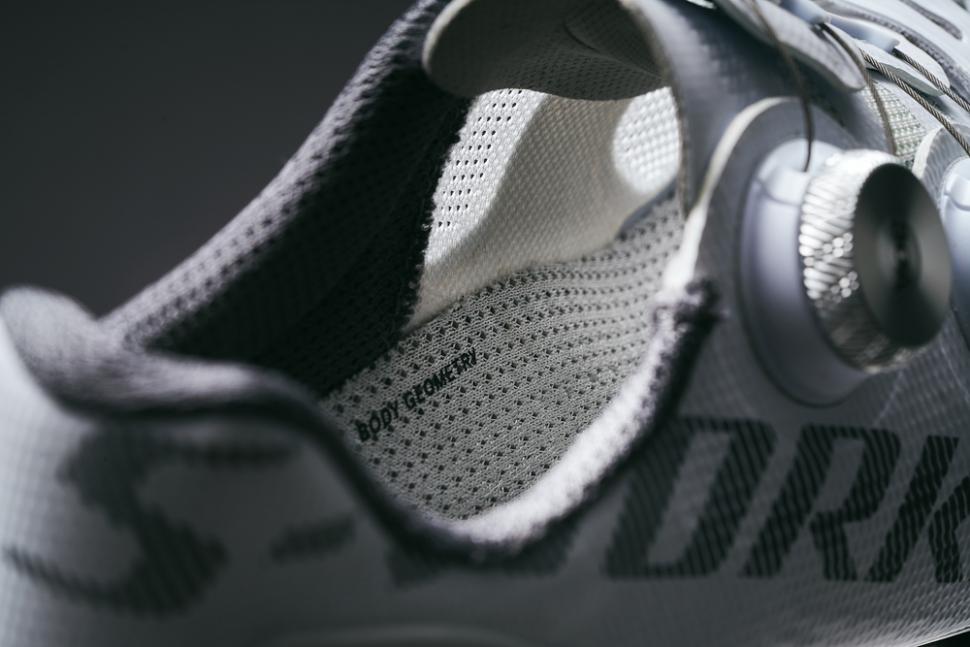 The new S-Works Vent shoes sit between the road race S-Works 7 shoes and the lightweight S-Works Exos, combining features from each shoe. The overall shape of the new Vent shoe is very similar to that of the S-Works 7 shoe with a narrow heel leading into high arch support and widening into the toe box.

It’s a shape that David Arthur really liked when he reviewed the S-Works 7 shoes back in March last year. 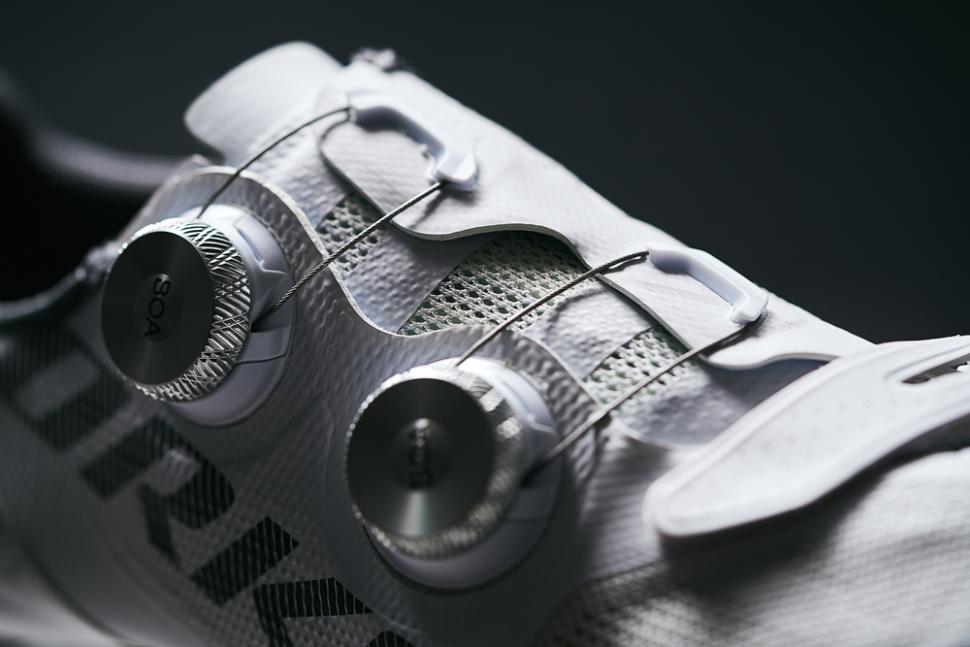 According to Specialized, the new S-Works Vent “features the same fit, zonal closure with BOA S3 dials, Dyneema reinforcement layer and the full heel counter of the S-Works 7 shoes.” 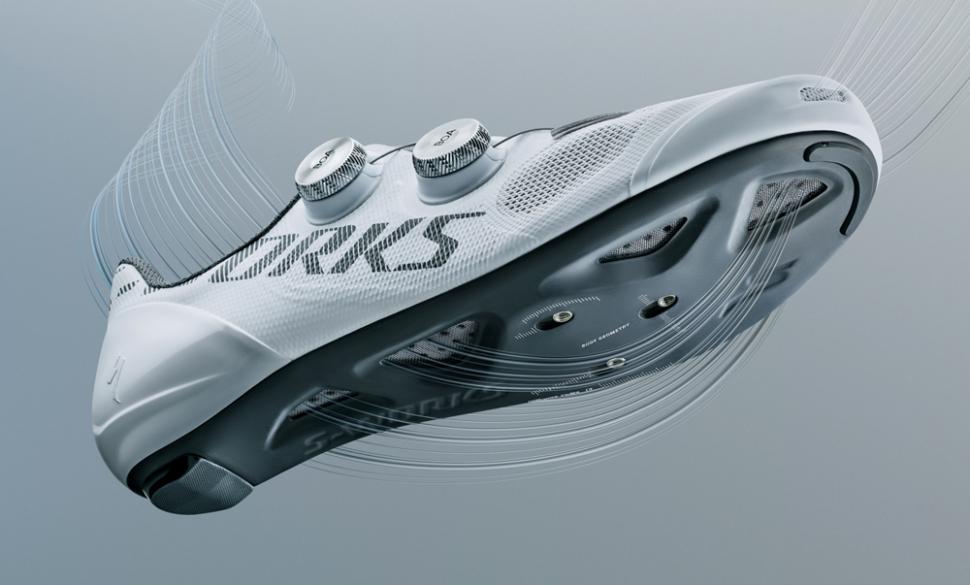 Fans of Specialized’s S-Works Exos shoes will have noticed that the new Vent shoes take the FACT Powerline carbon sole. This features four large vents along the outside that Specialized claims will pull air up underneath the foot. This isn't the first time that we've seen soles with chunks missing. Pearl Izumi has done it too, most recently with its Pro Road V5 shoes. 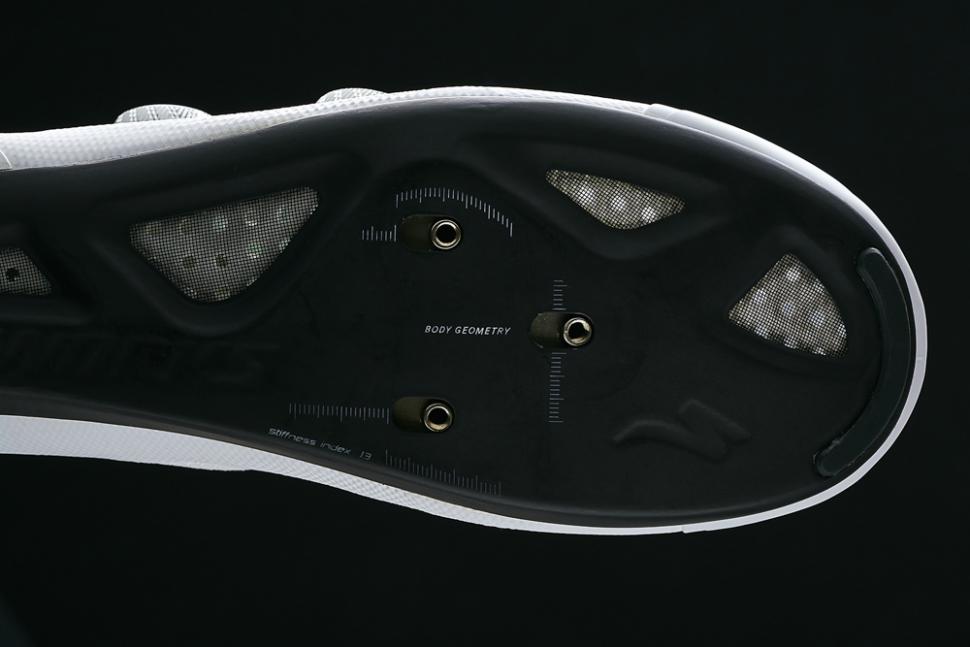 Specialized also says that it used pressure mapping to spot areas where carbon could be removed while stiffness was maintained. In terms of stiffness, the sole is given a rating of 13 out of 15 on Specialized’s stiffness index, so the sprinters may wish to stick to the S-Works 7, which scores a full 15.

Read our review of the lightweight Specialized S-Works Exos shoes

A new material has been developed for the upper, with the forefoot getting an open mesh design that Specialized claims will allow cooling air onto the foot. Some of this has been covered in a synthetic material, presumably to help support the foot. The sections that are bare mesh, however, look like they could be a challenge to keep clean, especially in this dazzling white. 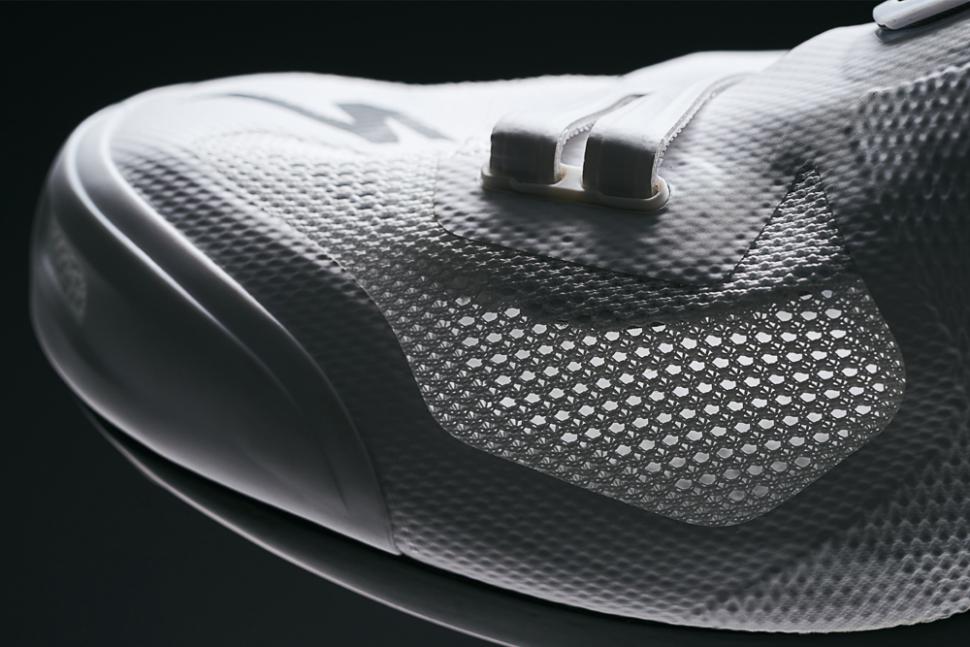 To pull in even more air, the toe box is now also vented with Specialized saying that inspiration was taken from the ‘mouth ports’ on their helmets. They say that these ports should help to direct more air under the toes.