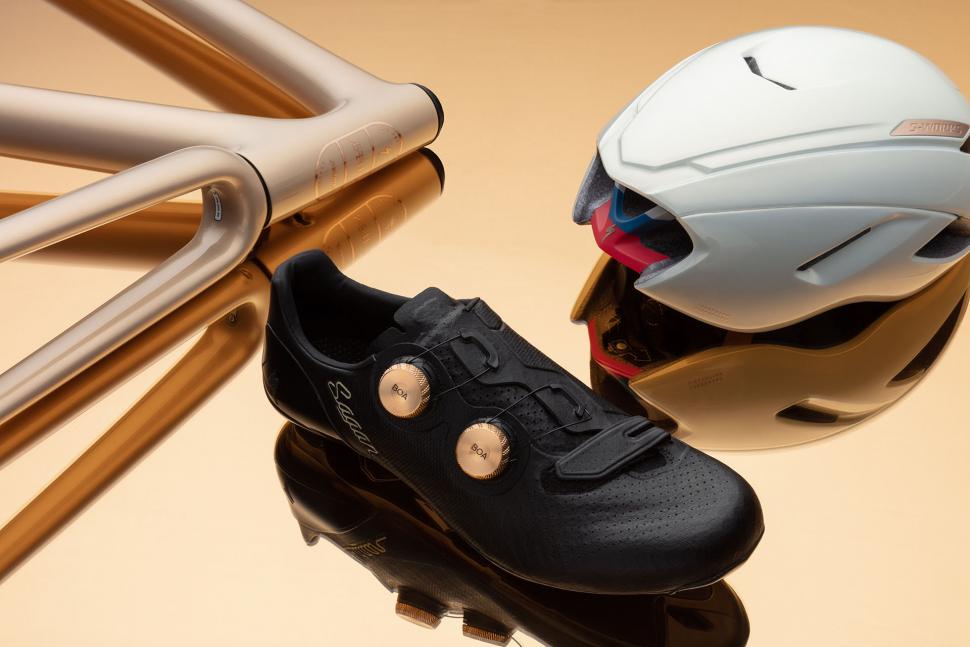 Framesets and clothing come in muted colours to let your riding do the talking, according to Specialized
by Anna Marie Hughes

Specialized has launched framesets and apparel in a new Peter Sagan Collection ahead of the Tour de France, the fifth time it has produced a collection with the multi-time green jersey winner and World Champion. 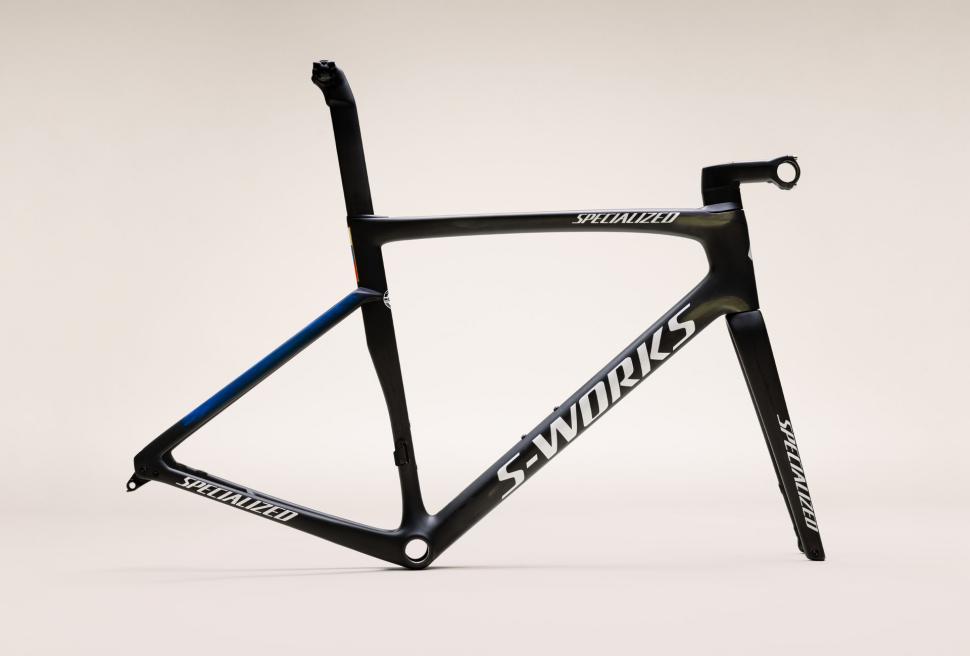 The collection is called Disruption and features three framesets: the race-ready S-Works Tarmac SL7, along with two versions of the ultra-lightweight Aethos. The Aethos framesets also feature a limited-edition seat tube badge.

Specialized explains the thought behind the Disruptive design: “We looked at the humans who made waves in cycling during the ‘70s time period, both men and women who were being disruptive enough to break the status quo. 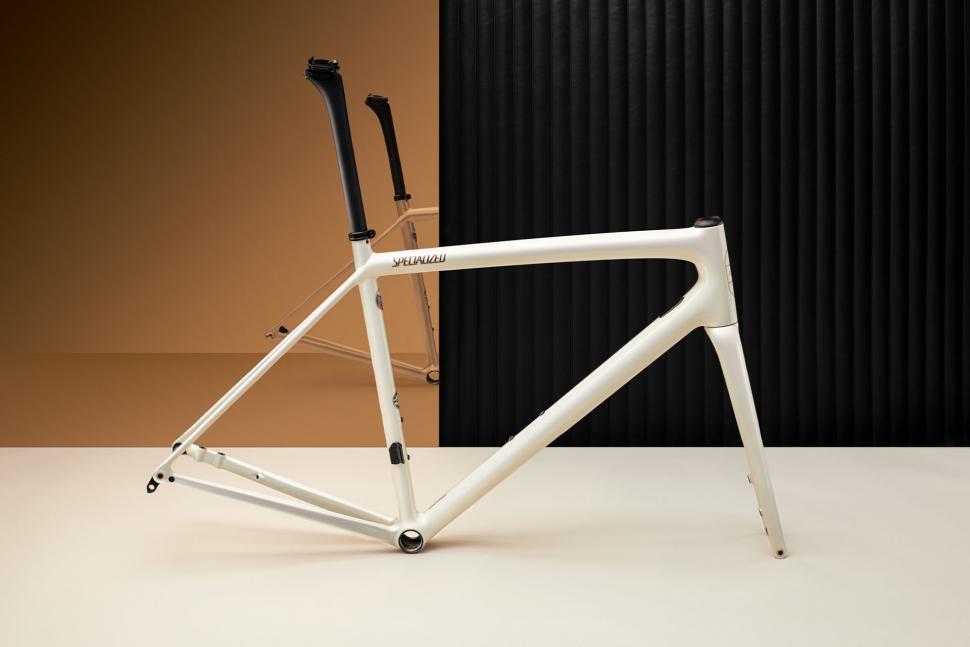 “We were constantly inspired by the attention to detail in graphic design and the richness of colour coming out of an era full of change.

“It felt so pure and intentional. We felt like that was also Peter. He’s changed cycling forever with his personality and talent as an athlete.” 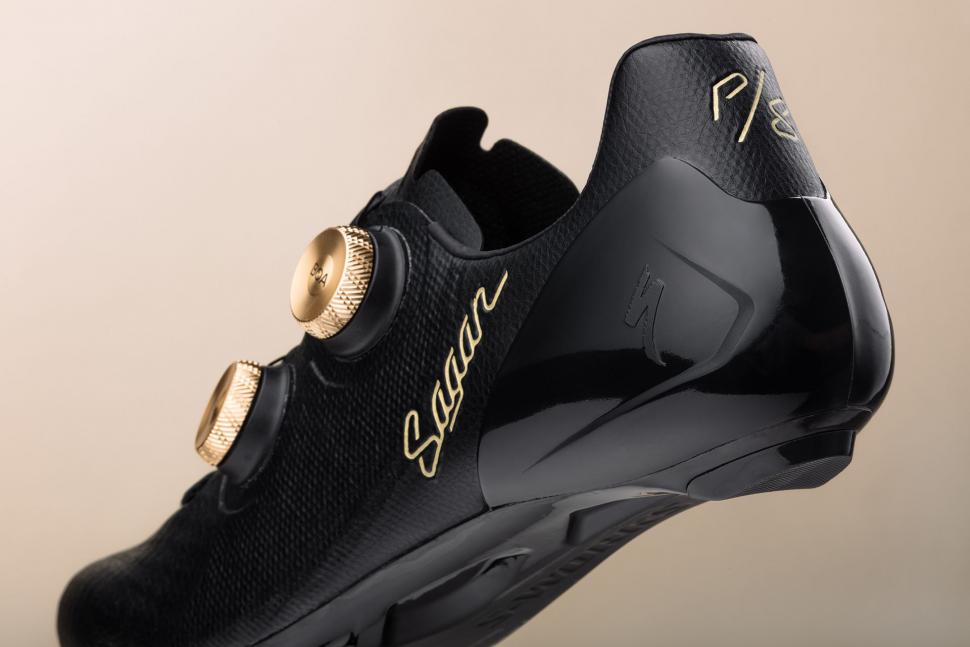 The latest Sagan apparel Collection has muted colours “so you can let your riding do the talking”, says Specialized. You also get touches of Sagan’s Slovakian National Champion bands that replicate colours from the flag. 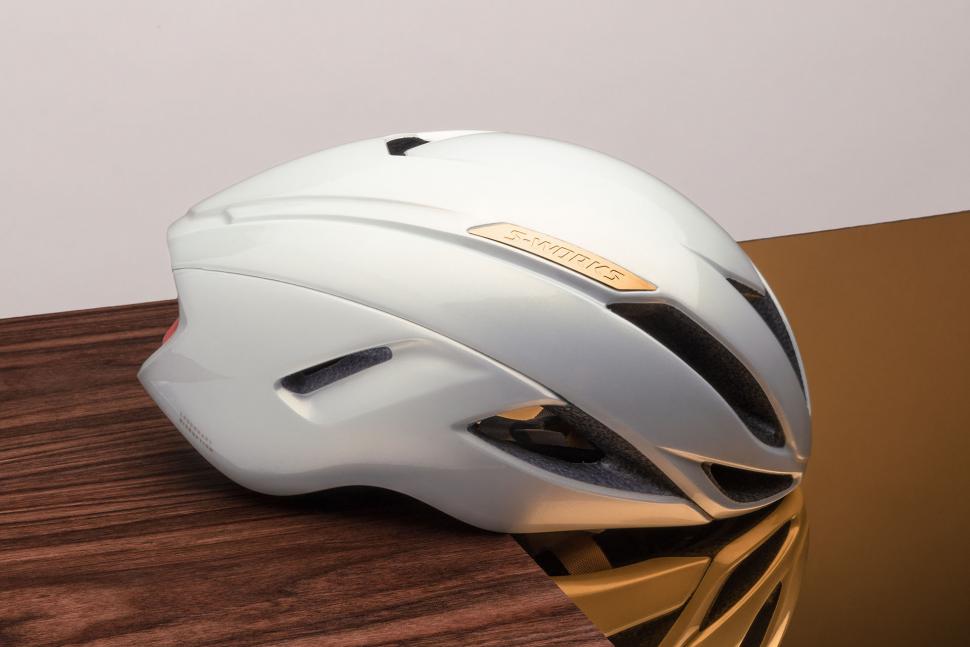 The apparel line-up includes the S-Works Evade helmet, S-Works 7 shoes, SL Air Jersey, SL Bib Shorts, socks and a new bandana to round off your look.