If you spotted Wout van Aert winning Milan SanRemo or driving the pace at the Dauphine, then you might have unknowingly already seen Shimano’s latest S-Phyre RC902 shoes. The Belgian Jumbo-Visma rider has been putting the shoes to good use and now we have details of what is the third S-Phyre shoe since Shimano first released them in 2017.

For this new 2021 version, Shimano says that it has rethought the structure of the upper, “using reinforced mesh and leather upper materials in layered ways to maximise fit, rigidity, flexibility/elasticity and breathability.”

This is what Shimano is calling its Engineered Fit, with the concept based, Shimano says, on analysis of pedalling dynamics and foot movement from their sponsored riders during “explosive accelerations.”

Shimano says that this resulted in a redesign of the heel cup with the aim of dealing with “twisting forces” that occur during maximal efforts. This is claimed to optimise power transfer, combining with Shimano’s carbon fibre sole to deliver a stiffness score of 12/12 on the Shimano scale. 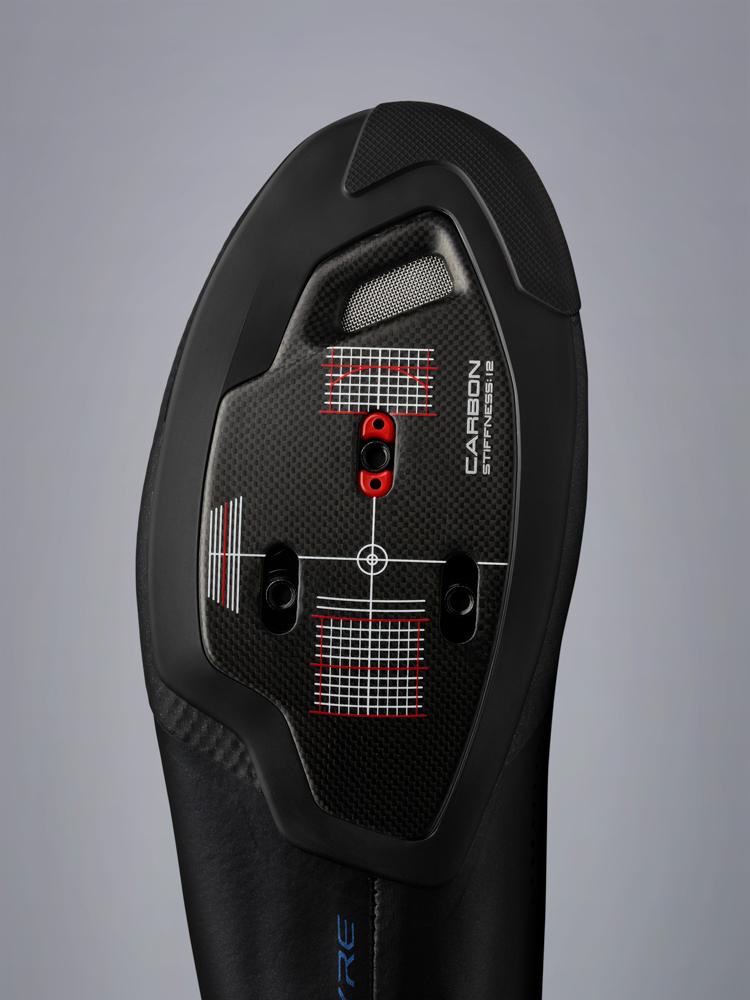 The sole is finished with a large vent under the toes and also comes with replaceable heel pads which should please riders that like to keep their shoes going for longer than the heel pad can last. The heel cup is now separated from the front of the carbon sole by Shimano’s 360º Surround Wrapping Upper. This microfiber synthetic leather material is designed to resist stretching over time and features perforations around the forefoot and tongue areas for breathability. Fans of the previous versions of the S-Phyre range will be familiar with the lacing pattern that Shimano is using. The upper Boa Li2 dial is mounted to a wrap over strap that is designed to spread pressure over a broad area. 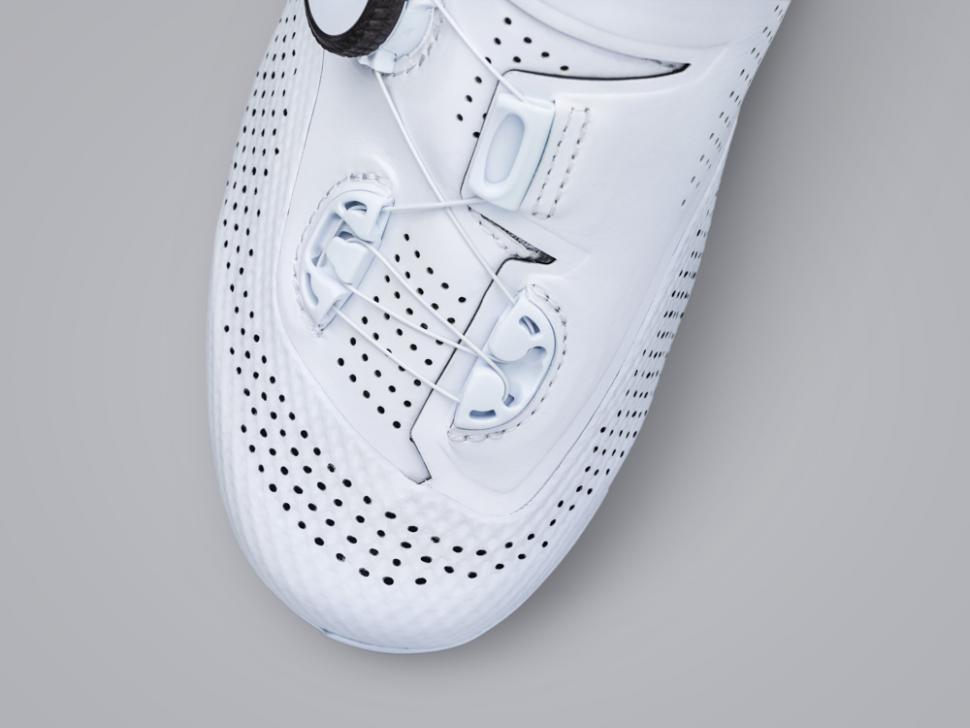 Lower down the shoe, a separate Boa Li2 dial controls forefoot tension with a lace that loops around three anchor points.