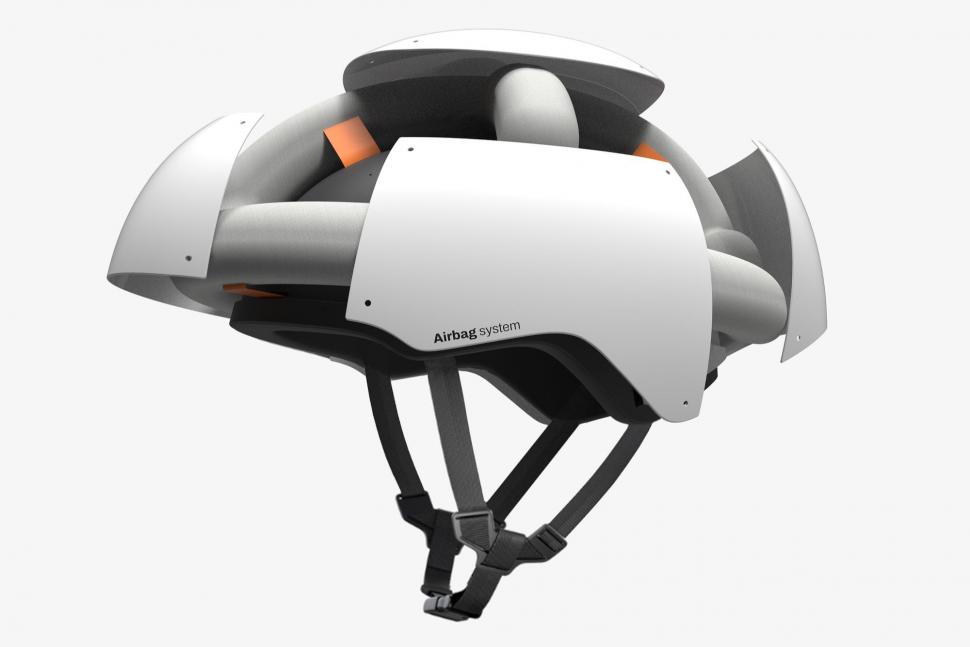 A helmet with an airbag: POC says new tech could be on the way

Is airbag technology the future of bike helmets? This prototype suggests it’s coming
by Mat Brett

POC has worked with automotive safety systems brand Autoliv to develop a bike helmet equipped with airbag technology designed to improve head protection and reduce the consequences of an impact. The helmet is still at the prototype stage but POC and Autoliv are looking at the possibility of bringing it to market.

The two companies say that the airbag would act as the initial energy absorber in the event of a slam while the underlying helmet would be the following energy absorber.

Head injuries account for half of cyclist deaths and the latest Bicycle Safety report by Swedish insurance company Folksam says that helmet absorption efficiency could still be greatly improved, especially when collisions occur with a car at speeds above 20km/h (12.5 mph).

Autoliv says that the emergence of e-bikes means that commuters are now riding at higher speeds than previously and so better head protection is required. 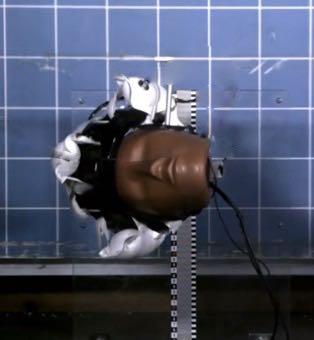 We reported last year that Hövding’s airbag for cyclists beat all other cycling helmets in an independent safety test. Hövding’s device isn’t a helmet, though – it’s more of a collar that activates in the event of an incident. POC and Autoliv have been working on a more conventional-looking helmet that incorporates the airbag.

After conducting a pre-study, the Autoliv research team says, “A cycle helmet with an integrated airbag can significantly improve protection and reduce the consequences of impacts to cyclists. The combination of both absorbing technologies [the helmet itself plus the airbag] enables a reduction of the peak linear head acceleration and significantly reduced head injury risk in impact tests.

“The pre-study also showed that the protection improvements could be reached without critically compromising the design, weight, or comfort of a helmet designed with integrated airbag technology.”

The work undertaken by Autoliv showed that the addition of airbag technology on top of the helmet “can significantly contribute to enhanced safety performance, especially in linear impacts.”

As the name suggests, linear impacts are direct, where the force is applied to the helmet in one direction, as opposed to angled impacts which cause rotational motion. The importance of dealing with angled impacts has been emphasised greatly over the past few years with MIPS, for example, aiming to reduce rotational motion by redirecting energies and forces otherwise transmitted to the brain.

All you need to know about MIPS

“It is estimated that [with the use of a helmet with airbag technology] the risk for a cyclist to sustain moderate (eg mild concussion) to fatal head injuries is reduced from 80% to 30% in a 20km/h (12.5mph) impact,” says Autoliv. 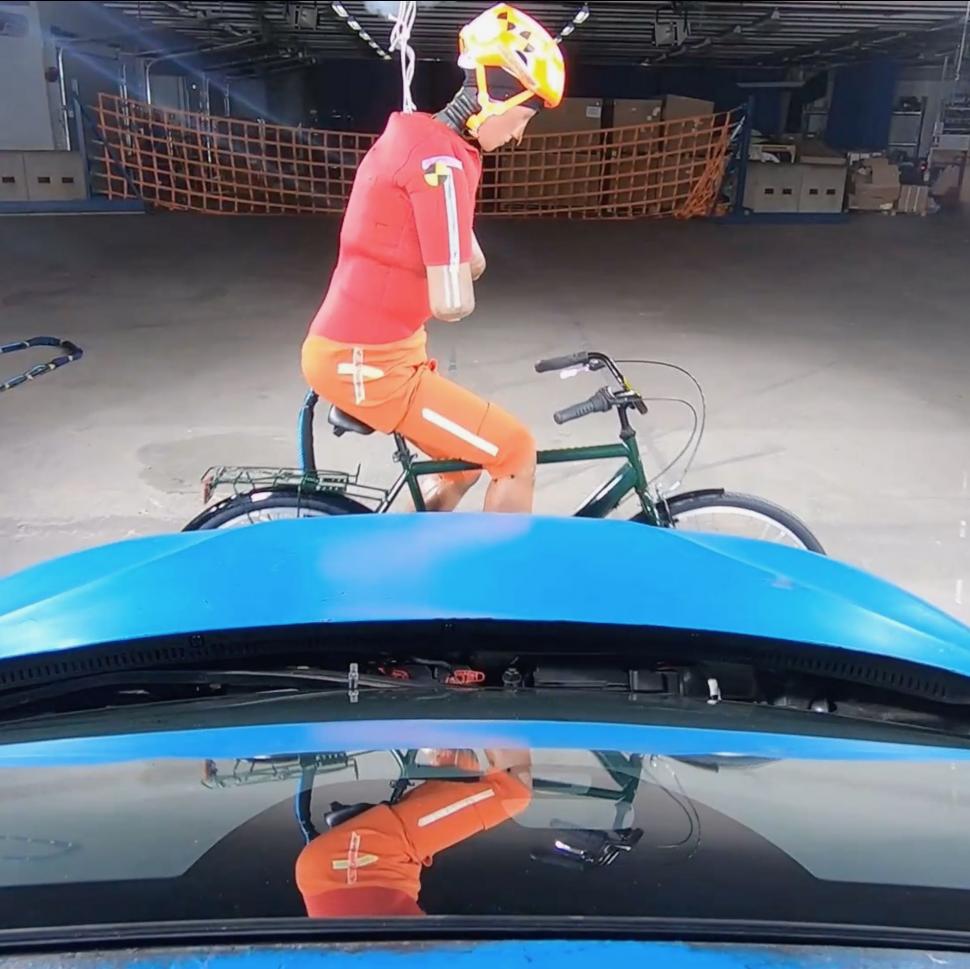 “The successful outcome of the pre-study will now lead to further testing and refinement with the objective of developing the concept further and potentially bringing a product to the market,” they say.