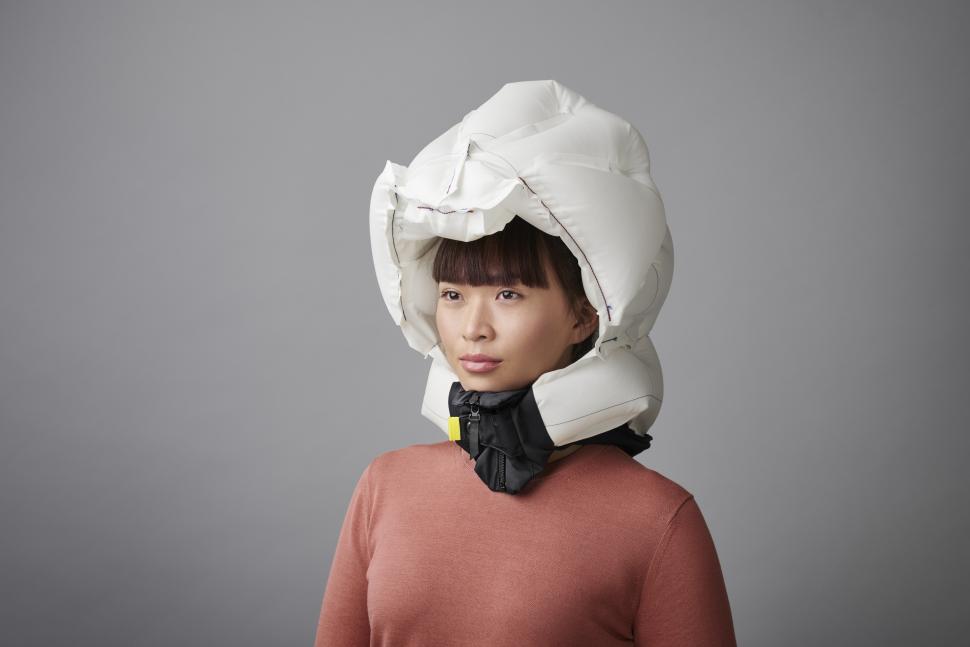 The crash-activated airbag for cyclists received independent tester Certimoov’s protection rating of 4.5 stars, while no other cycling helmet received more than 4
by Anna Marie Hughes

Hövding’s airbag for cyclists offers greater protection than standard cycling helmets, according to the results of extensive cycle helmet tests conducted by the independent French testing institute Certimoov at the University of Strasbourg.

Hövding’s £249 safety offering doesn’t look like a typical 'helmet'... and that’s because it’s not, with the Swedish brand boldly stating "the world's safest cycling helmet is not actually a cycling helmet" on its website. It’s actually an airbag that is activated (and rendered unusable after it has inflated) in the event of a crash, and it's now in its third iteration after officially launching back in 2012. Our own Tony Farrelly tried out version 2.0 for himself in this very entertaining video below:

“Via advanced sensors and a unique algorithm, the Hövding monitors the movement patterns of the cyclist and reacts by releasing an airbag in 0.1 seconds in the event of an accident, offering the world’s best impact absorption and protection against rotational forces,” says Hövding. 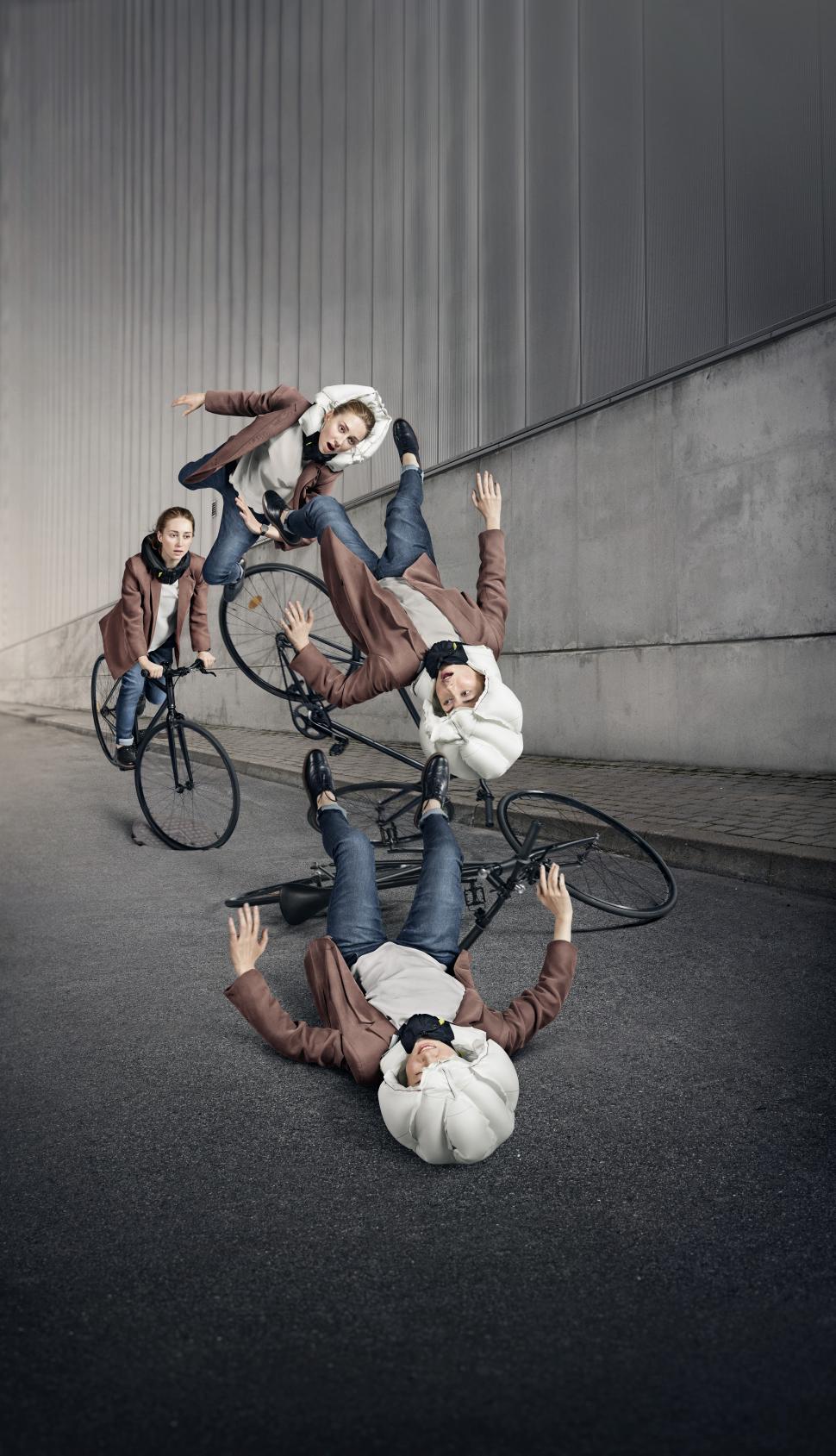 To our knowledge, this wasn't part of the testing procedure

Researchers at Certimoov are said to have developed a “testing protocol for objectively assessing the protection offered by helmets under realistic conditions that reflect actual use as closely as possible”. A brain model is also used to measure the effect on the brain in a collision.

The test report concluded: “The results show that Hövding’s safety system provides a high degree of protection with a rating of 4.5 stars, while the best of the other helmets tested achieved no more than four stars.

“It is interesting to note that Hövding also provides proper protection against side impacts and oblique forces that lead to rotation.

“It is clear that Hövding’s protection considerably reduces the risk of brain injury under all kinds of impact, and in the case of oblique impact, the risk reduction is dramatic.” 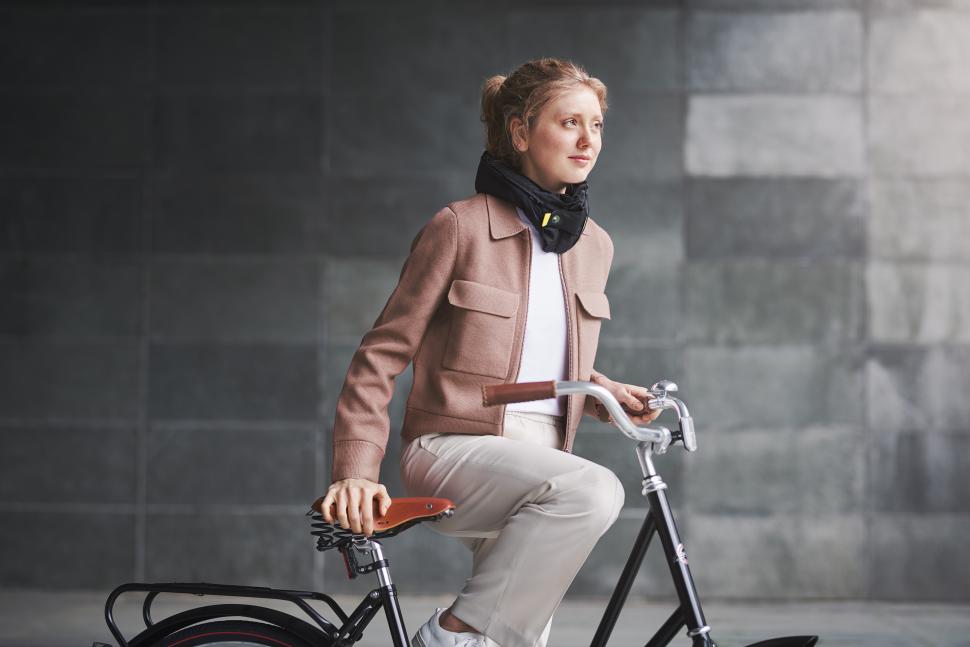 The European standard simply grades helmets as approved or not, while Ceritmoov further classifies these approved helmets according to their safety level using a star system from 0 to 5.

Among the cycling helmets tested were Bontrager’s Starvos-Wavecel, which was rated at safety level 4, and the Giro Synthe MIPS and Smith Session MIPS both at 3.5.

More information about the test and Certimoov’s testing protocols can be found here. Hövding isn't shipping directly the the UK currently, citing Brexit as the reason; but you can buy one through its UK retail partner Condor Cycles.