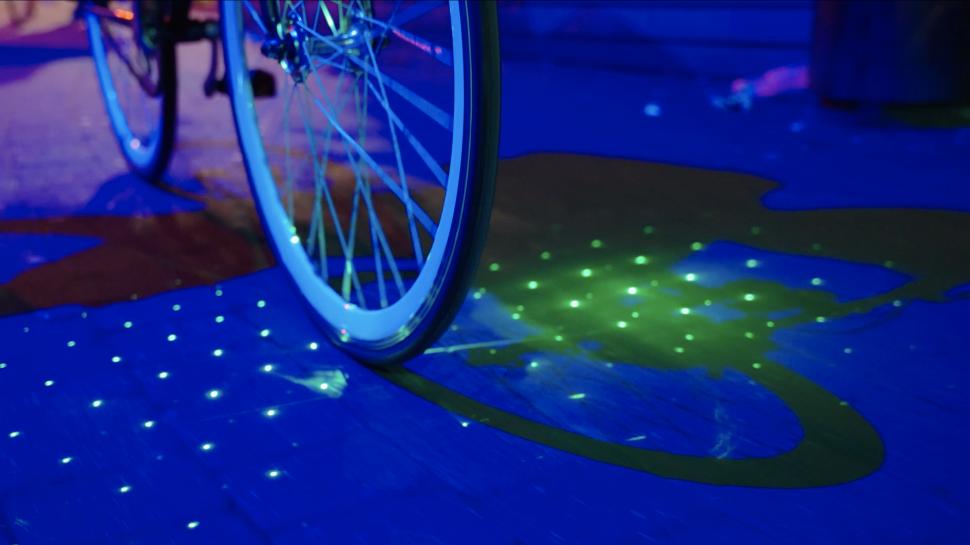 A crowdfunding campaign has been launched on Kickstarter for Tether, a handlebar-mounted cycling safety device that projects a “safe zone” around the bike, as well as identifying 'safe' and 'unsafe' roads by recording and plotting close passes.

> Why does road.cc run Near Miss of the Day videos? 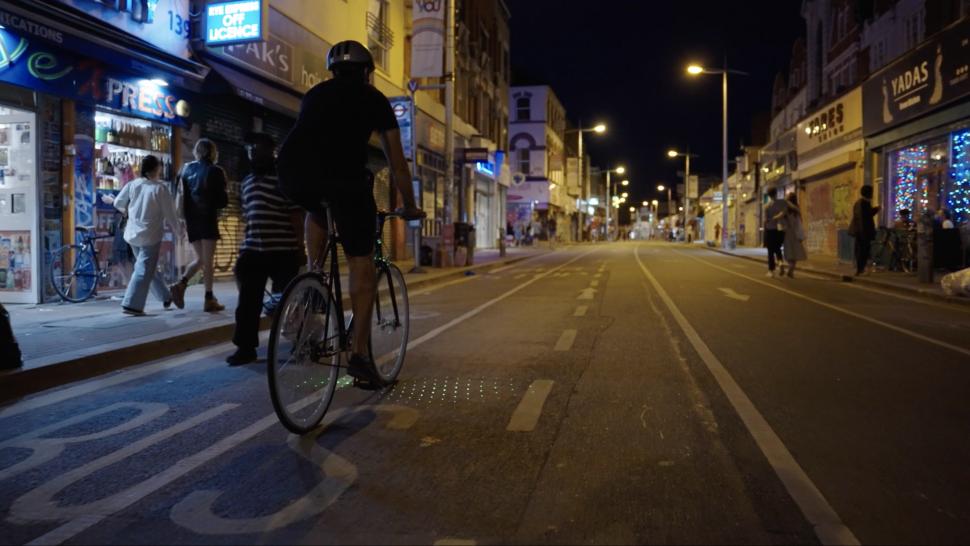 Attached to your handlebars, Tether uses lasers to project 'the Bubble', a safe zone around your bike to encourage drivers to give you enough space as they overtake.

This concept is not new; Lezyne’s Laser Drive Rear 250, for example, beams two parallel lines on the ground to give drivers an idea of how wide you are on the road. However, when I reviewed this light,  mounted at a height of 78.5cm, the gap between the lines is only about 1 metre in total – so that's 0.5 metres on either side. I had some concerns that some road users will interpret the lines as constituting a reasonable passing distance – Cycling UK cites 1.5m as the absolute minimum passing distance, so Lezyne's lane offering falls far short of that. 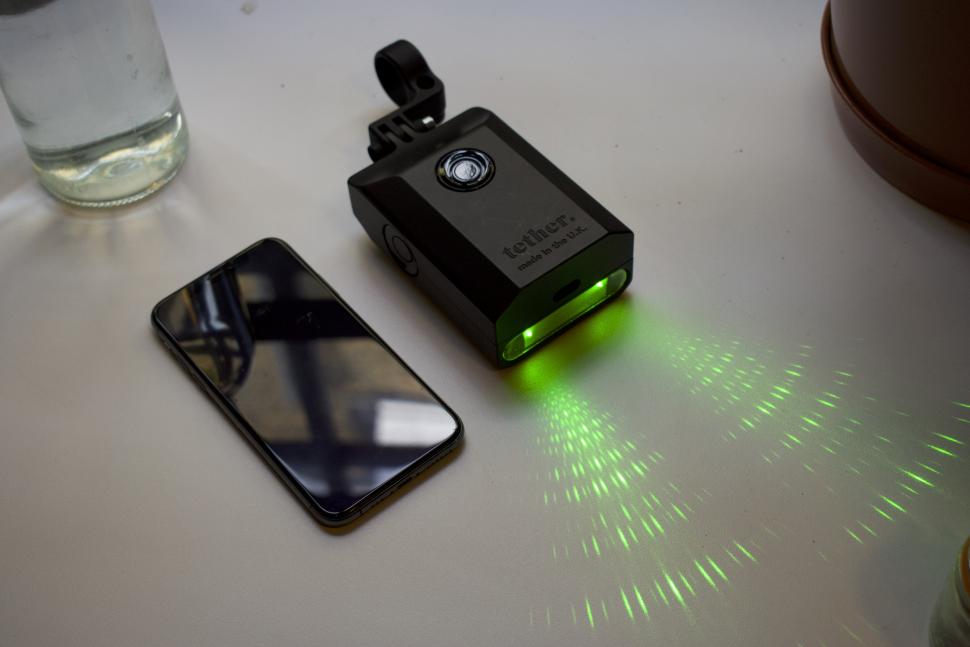 Tether’s option, on the other hand, comes with embedded sensors on the right, left and front, that continuously monitor and detect other road users and overtaking vehicles, and then publishing this in real time to a companion app.

“The sensors trigger a change in the projection when a car overtakes too closely and records the overtake distance,” explains the Peckham-based startup. 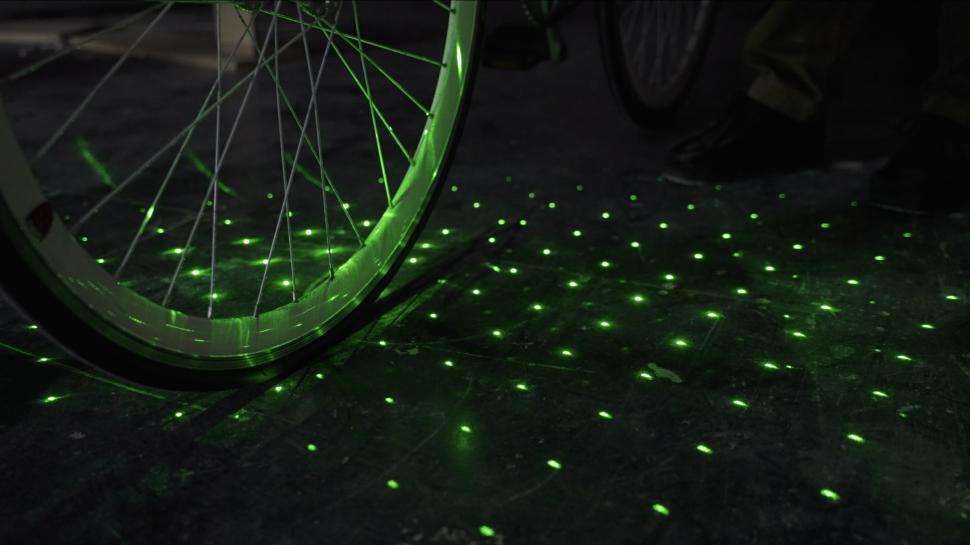 Passes within 1.5m trigger the sensors, and then when connected to the app via Bluetooth, the sensors pick up absolute distances up to 2.5m, to identify all overtakes whether they are too close or safe.

“Locations of overtakes are recorded along with the overtake distance to identify safe and unsafe zones in your city to help plan safer routing," says Tether.

Tether also says it hopes this data can also create a more informed strategy for the roll out of cycling infrastructure, something we've seen Strava do already with Metro that it claims is "the largest collection of human-powered transport information in the world." Collecting data by users to provide improved and safer routing suggestions is also not new; Beeline’s recently updated Velo 2 navigation device allows riders to indicate if they are having a positive or negative experience on that particular section of road, by pressing the plus button as a ‘like’, or the minus button if it’s not so suitable.

The main difference between the two is that Tether bases its suggestions from physical data collected by sensors, whereas the Velo 2 is done purely on user feedback.

As the Velo 2 device is a GPS computer unit itself, it takes things further than the Tether by then also allowing you to select the ‘quiet route’ to your destination, guiding you on the roads other users determined as the safest. 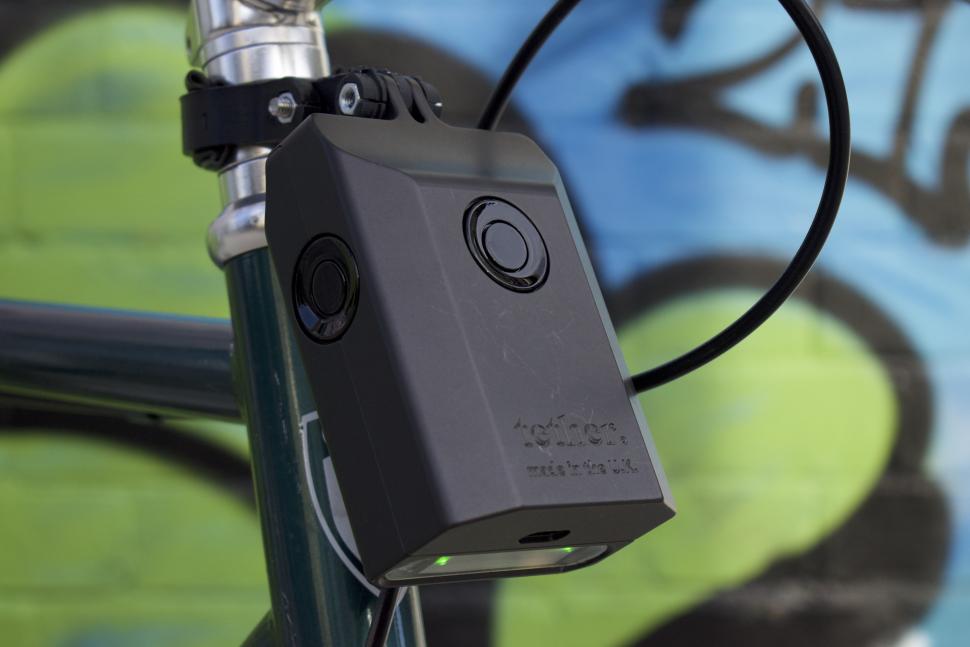 Tether has been designed to attach to any handlebar, measuring 127mm x 74mm x 46mm. Prototypes use a rechargeable lithium battery and last up to 6 hours for continuous use, taking around an hour to fully charge.

£6,144 towards the £20,000 goal has been pledged so far, with 19 days to go, and the end date for the campaign is 27 November 2021. A beta edition of Tether is currently available for pre-ordering on Kickstarter, and pricing begins at £130 for the super earlybird discount.