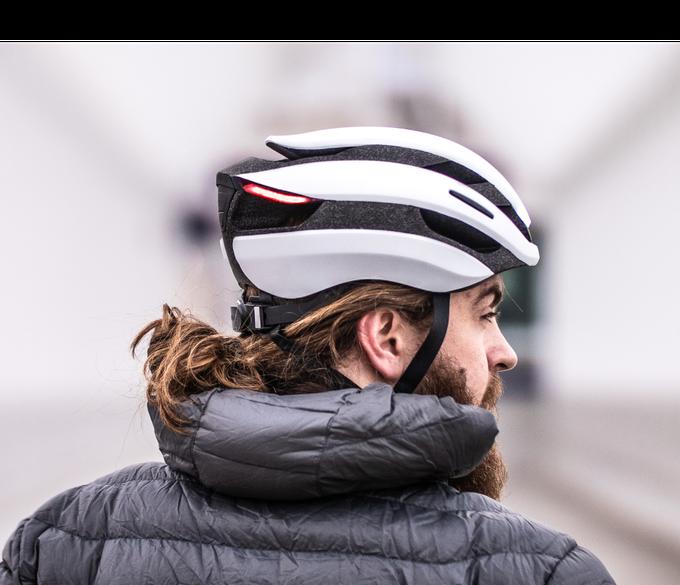 The Kickstarter is still running and has raised over £1m so far.
by Liam Cahill

After the successful launch of the first Lumos helmet that featured integrated front and rear lights, Lumos has created the Ultra edition with a lighter design and a lower price. The standard Ultra can be backed from £63 with an Ultra Mips costing £87 to back.

Lumos has raised over £1m on Kickstarter, smashing the £47,805 goal for an updated helmet that again comes with indicators along with front and rear lights. The helmet, Lumos claims, will help you "stay alive" by allowing you to "signal your intentions" to surrounding motorists.

While the Kickstarter keeps the claims of increased visibility from the "bright" lights, Lumos doesn't say exactly how bright that front light is, so users may still need an additional front light to see by when riding after sunset.

The launch of Lumos’ first helmet was rather successful, gaining placement in Apple Stores thanks to the integration of the helmet with the Apple Watch. This allowed Apple Watch users to control the turn indicators on the rear of the helmet using hand gestures. The new Ultra has the same ability to link up to the Apple Watch, though the helmet can still be used with the included bar-mounted button controller. An optional visor can be attached to the new design, helping to keep sun and rain out of your eyes.

Lumos has also added Mips technology to the more expensive version of the Ultra. Mips claims that its technology helps to protect against rotational motion transferred in a crash to the brain.

All you need to know about Mips

Lumos is also calling this their “most vented helmet yet.” They say that they’ve “created 3 enormous exhausts in the rear to ensure hot air gets pushed out helping to keep the rider cool whether on a commute or on a training session.”

The helmet is also said to be lighter, reducing the weight from 490g down to a claimed 370g. The helmet comes in three sizes, Small (51- 55cm), Medium to Large (54- 61cm), and Extra Large (61- 65cm) with each getting a dial closure system for smaller size adjustments.