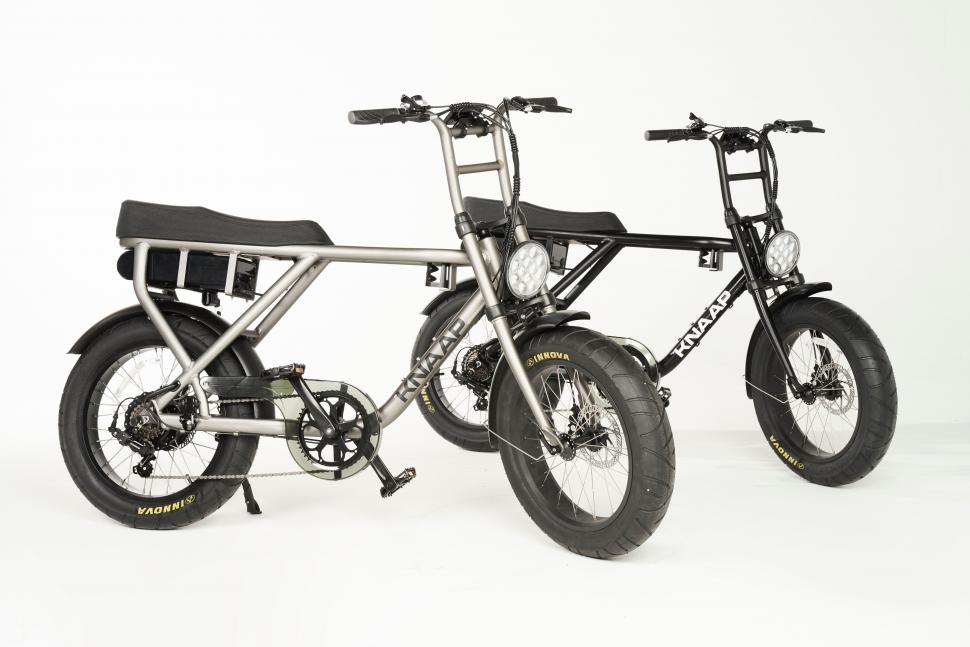 With most UK adults obese or overweight, Knaap reckons its e-bike – with a 180kg rider capacity and space for two people – has the potential to cause a boom in the bike industry
by Jamie Williams

Typically, bikes and e-bikes have a maximum carrying capacity of 100-120kg, and you might find yourself in a fix if you weigh more than that. Knaap reckons it has the answer with its range of 20 inch-wheeled e-bikes with a maximum rider capacity of 180kg. 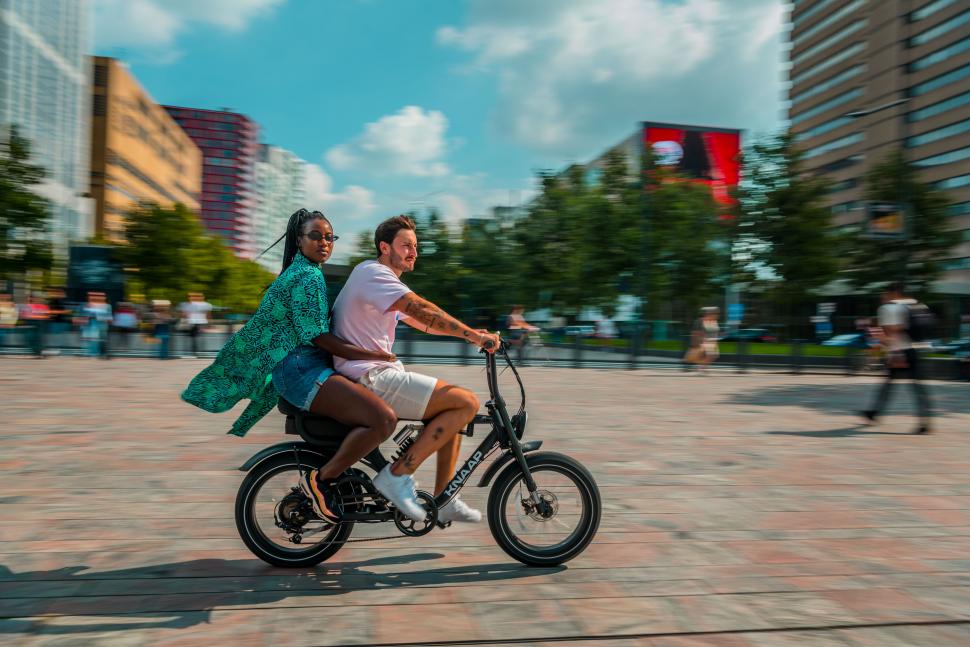 Dutch company Knaap, like many bike manufacturers, wants to get more people on bikes. Once a brand that appeared more focused on trendy footballers, the brand's attendance at Eurobike, one of the biggest bike trade shows in the world, seems to have shifted company focus. While promoting the two-seater pedal assist e-bike – with a 28 stone (180kg) rider capacity – Knapp says it "didn’t see a single attendee out of the 33,000 over 14 stone – NOT ONE!"

This comment wasn't meant as a dig at the cycling industry, so we're told, but rather that it's missing a trick in appealing mostly to people who are slim:

"With 64% of the UK adult population over 14 stone, the larger market is both totally underrepresented AND there are almost not feasible solutions – until now," says Knaap. 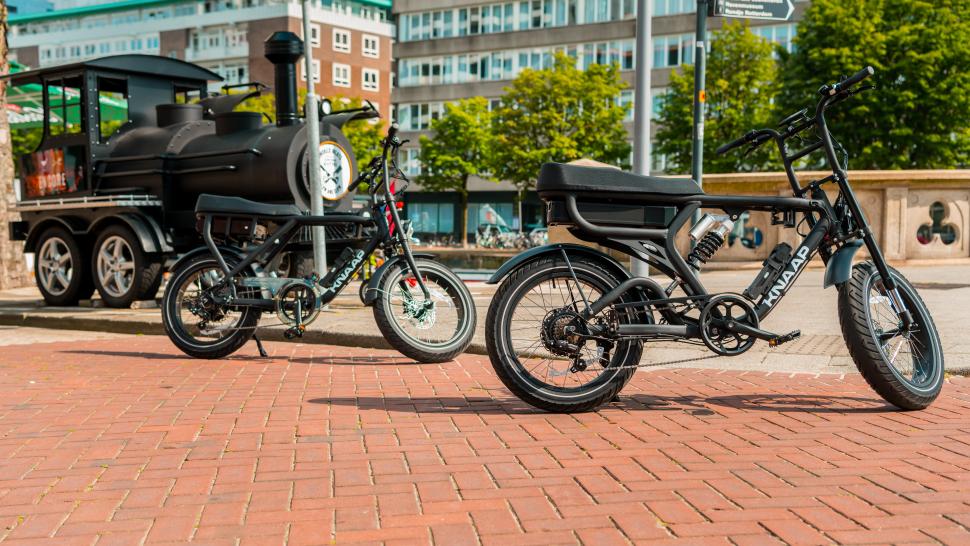 I think that we can all agree that getting as many people cycling as possible is a good thing, so let's take a closer look at the bike in question.

The range consists of three models: The Black and Space Grey editions have RRPs of £2,449 and the RTD costs £3,449. Each gets an aluminium frame and a removable Samsung 21Ah battery that gives a 140km range. 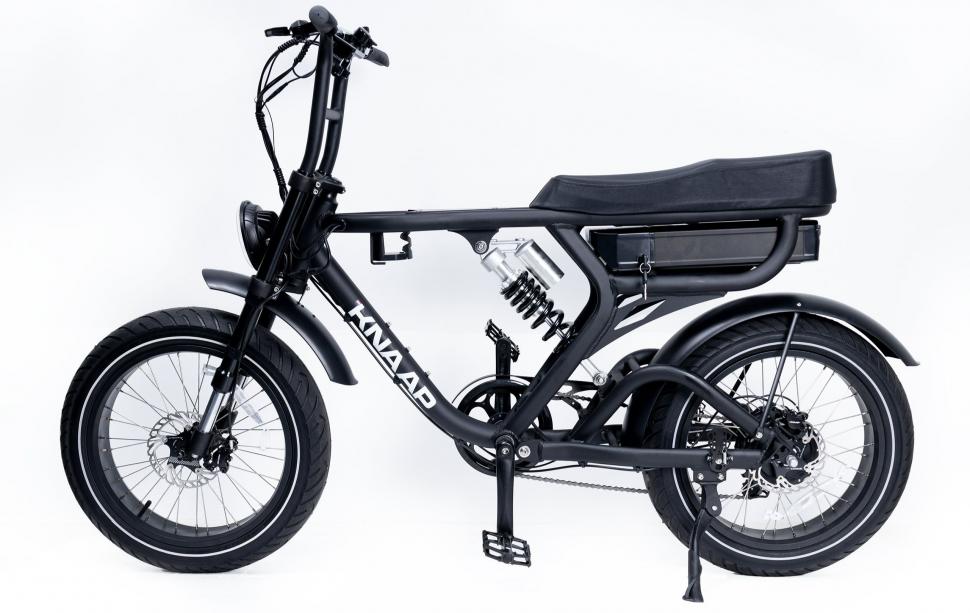 This is paired with a 250w brushless rear hub motor to offer pedal assistance up to 25km/h (15.5mph). The bikes each get a Shimano 7-speed groupset with Tektro mechanical disc brakes. There's also an LCD display mounted to the 68cm chopper-style bars to control the power assist and monitor battery consumption.

The RTD model has aluminium mudguards and suspension both front and rear, while the cheaper models have rear suspension only. The bikes are no lightweights themselves, weighing in at 32kg with a definite view on robustness and low maintenance rather than weight saving. For example, there's a 1,200 lumen front light and the spokes are made of stainless steel. 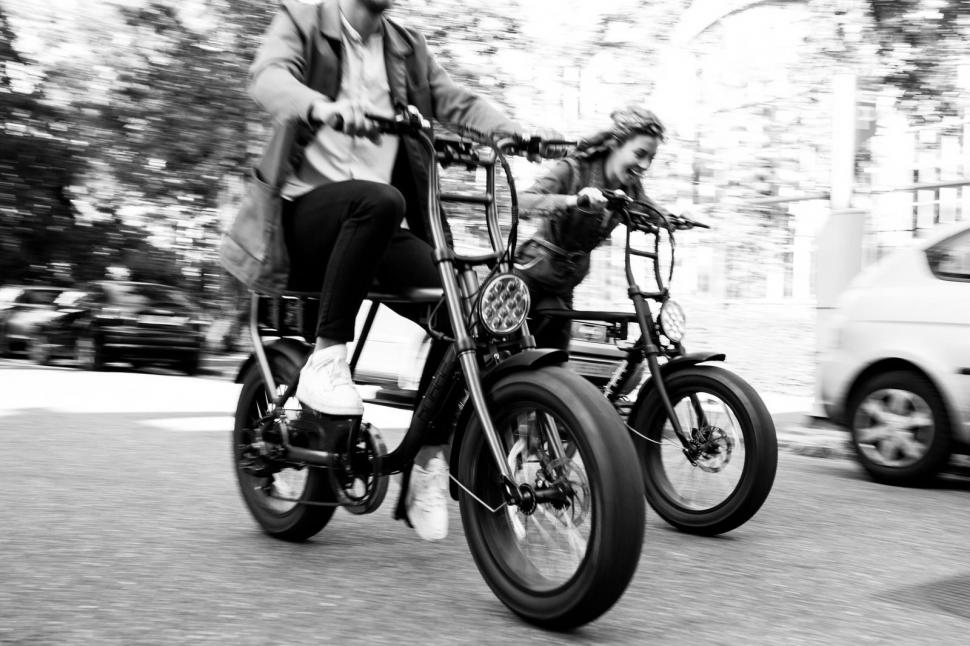 We have a Knapp e-bike on its way in for review on our sister site ebiketips, so stay tuned for our full verdict coming soon...

What do you think of the Knaap's unique design? Let us know in the comments section below...