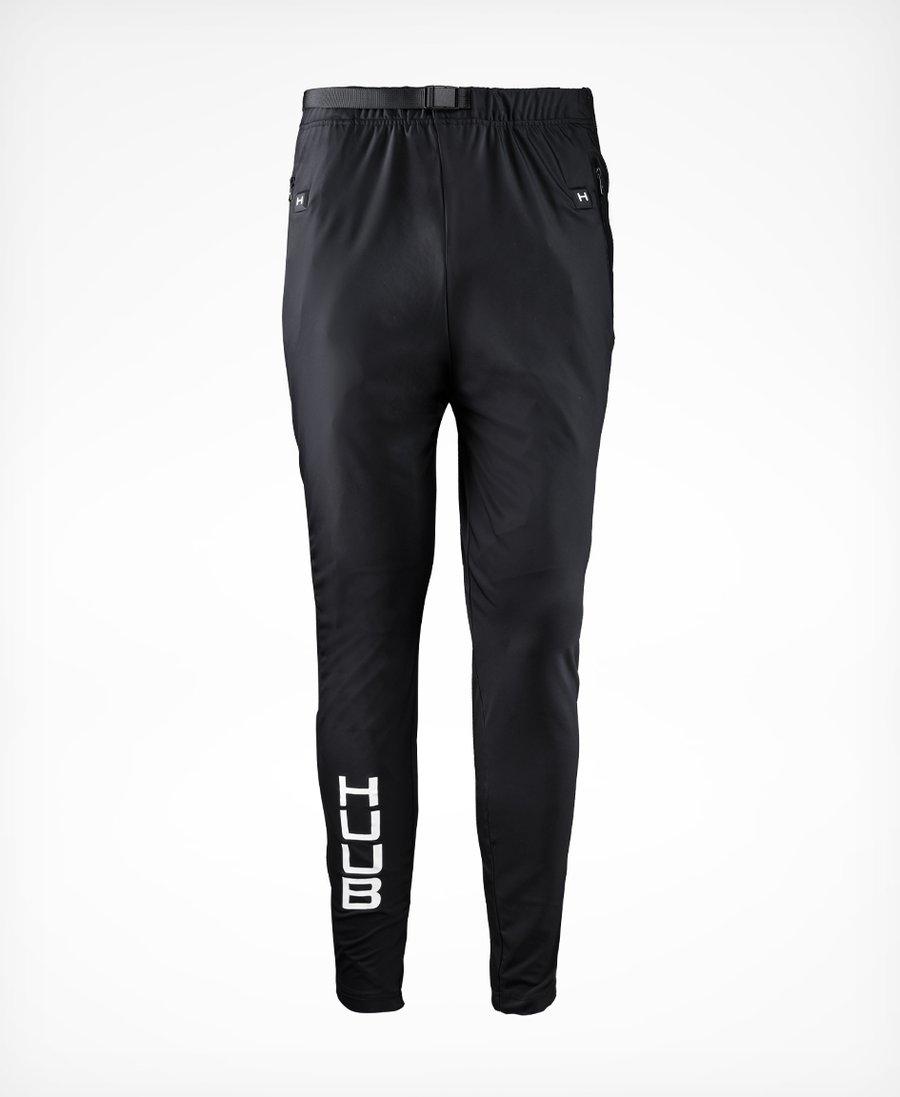 Starting life as triathlon wetsuit specialists 2011, Huub have been at the forefront of track cycling innovation in the past couple of years, supporting the Huub-Wattbike team to compete at the very top level in international track cycling despite being an independent outfit.

They claim the heated trousers are "scientifically proven to increase performance" by heating up key muscle groups to their optimal temperature of 43 degrees, using eight built-in heating elements in targeted areas; this is done via 5000mAh batteries that pump out up to two hours of heat at 43 degrees, sitting in each pocket to allow full mobility. They say it's not just cyclists waiting to take to the velodrome who could take advantage; big impact substitutes waiting to bomb down the wing could also feel the benefits before they take to the football pitch. We could imagine they might also be useful for competitive cyclists outside the velodrome too perhaps as part of a pre time trial, or race warm-up. Huub back up their claims with research done by Nottingham Trent Sports Engineering and Physiology expert Steve Faulkner, who has 'proved' that 43 degrees is the optimal temperature for increased blood flow, increased performance, and injury reduction. Faulkner says: “There is often a lot of downtime between warming up and being on the start line of a race, so the heated trouser was developed to prevent the benefits of your warm-up being lost, or your training being wasted. The heated trousers maintain elevated muscle temperature post-warm-up, leading to a 9.6% increase in cycling power compared to a control group.”

The Huub-Wattbike track team includes Dan Bigham, who also happens to be an aerodynamicist which means he's involved with the development of all Huub's high-end cycling products. He said of the warmed up joggers: “The trousers help release hidden gains by warming the muscles to enable maximum performance because warm muscles are more aerobic and more elastic, which then perform better to hit your PB and help you gain those extra percent.”

You can buy the heated trousers from Huub's website for £399.99 here, which includes a power pack and charging device. If you want a spare set, the trousers on their own can be purchased for £299.99.

That the sort of price will burn a hole in many people's pockets, but as we've said in the past about innovative niche products they're probably produced in small batches which is going to bump up the price.

*Edit: thanks muchly to Awavey for reminding us in the comments that heated trousers have been done before by Adidas for Team GB Cycling's London 2012 Olympic team... as reported on this very website!