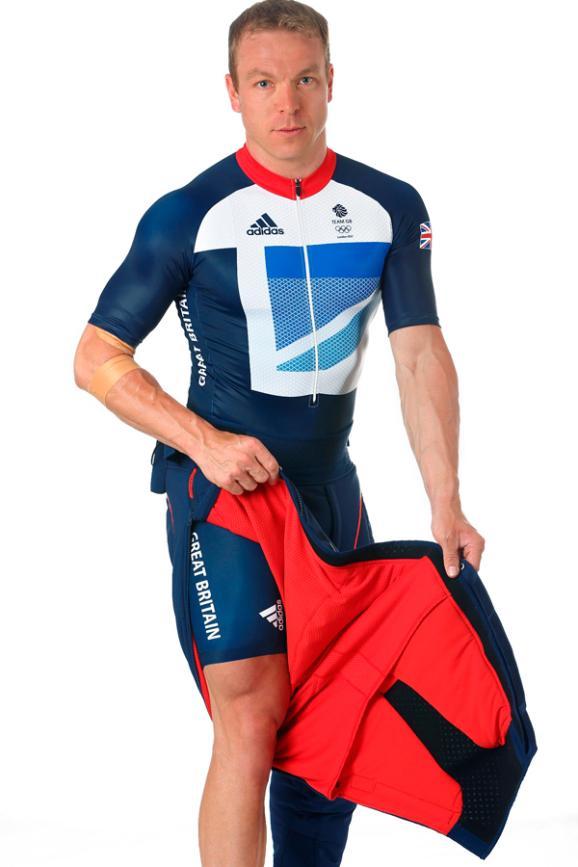 Battery-powered 'hot pants' are the secret weapon in Team GB Cycling's arsenal as they prepare for their track races in the Olympics.

As modelled by Chris Hoy in the photo above, the tracksuit trousers bridge the gap between warm-up and competition, keeping the leg muscles at an optimum 38 degrees during the waiting period.

The result of a collaboration between British Cycling, Loughborough University and Adidas, the pants have been kept under wraps for the last three months, with riders trialling them unannounced.

Udo Mueller, spokesperson for the adidas Technical Marketing Innovations team said: “We have worked closely with the British athletes, including Sir Chris Hoy and Victoria Pendleton, to develop a piece of apparel designed to meet a specific performance need and we are looking forward to seeing the results on the track.”

Riders reach the optimum body temperature during stationary cycling warm-ups, but their bodies are unable to hold the temperature up until the race.

The pants have quick-release zips up the sides, so cyclists can keep them on till the very last moment.

It is hoped that the marginal gains the technology could bring will result in some more medals from the cycling arm of Team GB in this year's Games.

Victoria Pendleton in particular has high hopes - although some viewers might have been hoping that these hot pants were of the skimpy short variety.

She told Fairfax media reporters : "They heat up almost instantaneously, they're just amazing. You really feel the temperature on your quads and hamstrings and it really makes a difference.

"You have to work with cooling ... but for me as a sprinter I've got lots of short events spread out during the day so it's essential that my muscles maintain temperature."

British cycling's team physiologist, Esme Taylor, said that the pants were about to revolutionise the sport.

"I think this will become part of track cycling. Especially after seeing how athletes have taken to wearing them."

Adidas are said to be looking into how the pants could be used in other sports, including football.