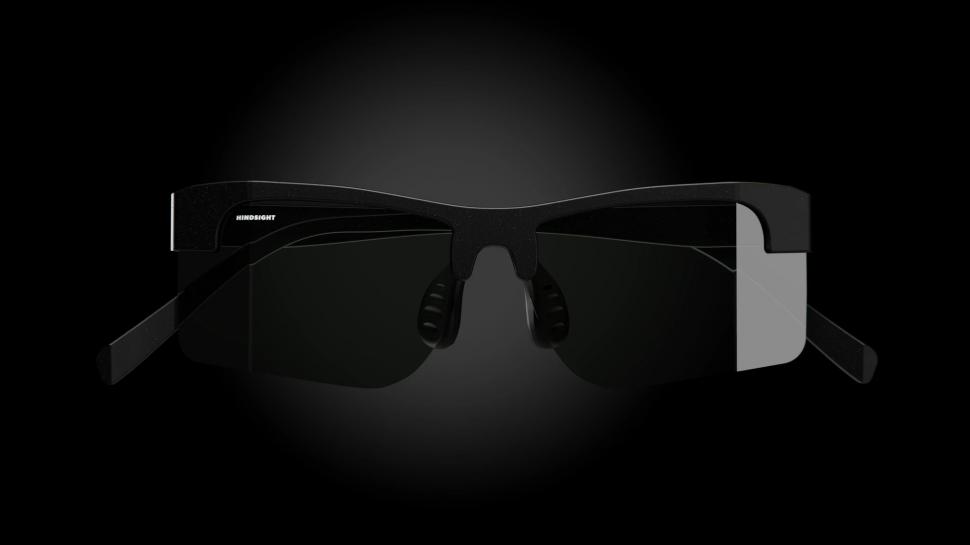 The HindSight Edge rear cycling glasses, developed with Olympic medallist Callum Skinner, are now on sale, featuring an innovative two-part angled lens with semi-transparent mirrors. This patent-pending lens technology claims to allow cyclists to “see forwards and backwards with a simple shift of focus rather than having to turn their heads”—for both commuter safety and a performance advantage in racing. 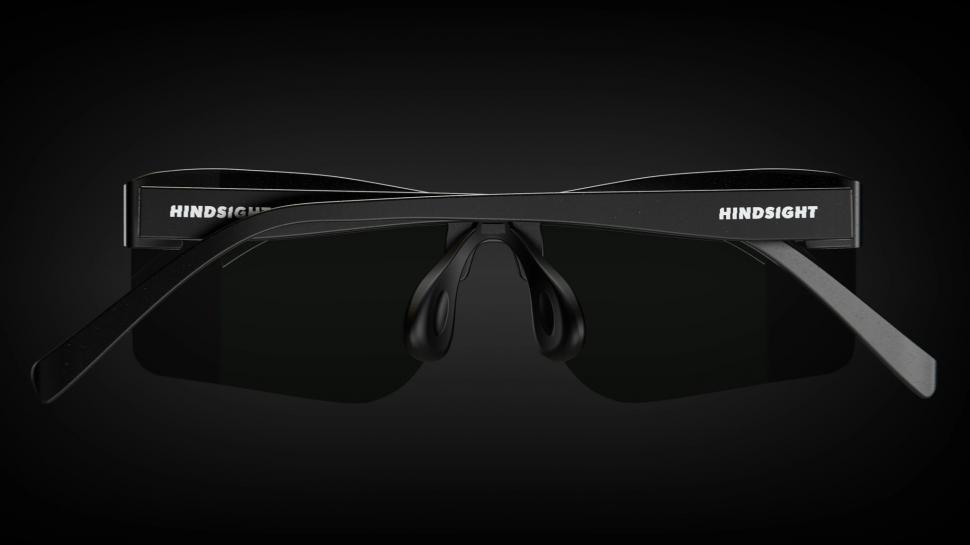 The HindSight Edge glasses were launched in a Kickstarter campaign last year, as we reported here, and it turned out to be a very successful one, raising more than £100,000 from over 600 backers in 38 countries.

“The team created a mathematical model based on cyclists, looking at head rotation rates, metrics such as average interpupillary distance and optimal range of eye movement, using the widely recognised Gullstrand model of the human eye,” says HindSight. The glasses are designed to be a more stylish and functional solution for rear vision over rear-view mirrors that can be mounted on helmets or handlebars.

As well as helping to make commuter cyclists safer, HindSight says the glasses can benefit professional cyclists by giving them a “performance edge by allowing them to see competitors without losing crucial seconds by looking back over their shoulders”—which is why the brand has worked so closely with track sprinter Skinner. 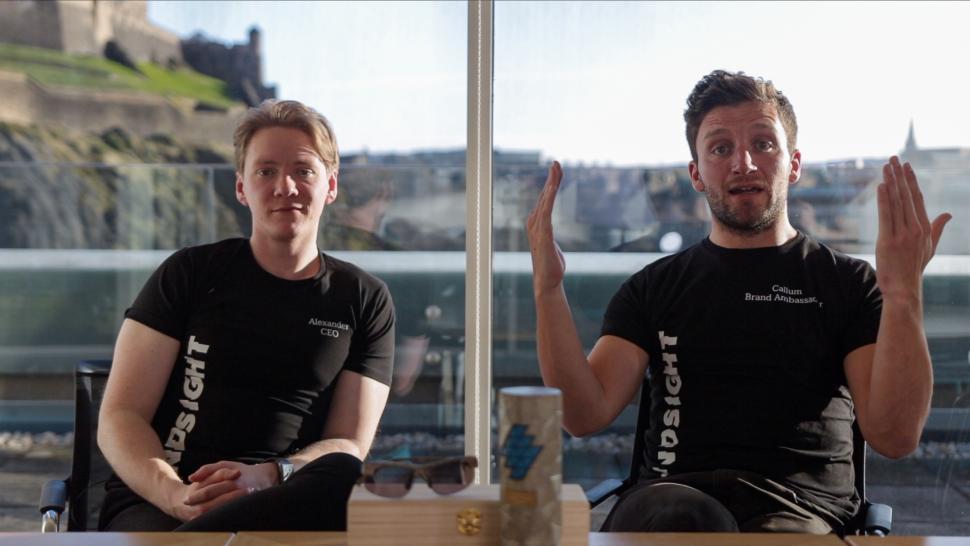 Skinner notes: “Managing aerodynamic profile is essential for any elite cyclist, and by turning back to look over your shoulder you can easily lose efficiencies in your speed and performance.”

The innovative glasses have won a series of entrepreneurial development awards in 2020 including the Scottish Edge Award, the Scottish Enterprise Unlocking Ambition program, and the Allia Business Impact Accelerator fellowship.

There are three models available, starting at £199.99 for the HindSight Edge Sport, currently available at a discounted pre-order price of £174.99.