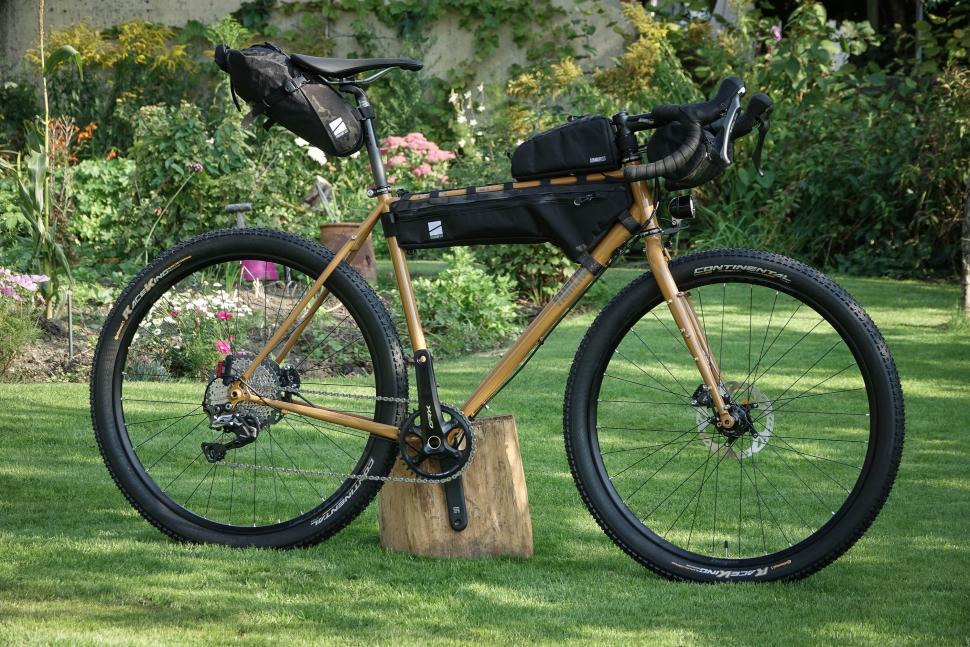 Fairlight has announced an updated 2.0 version of the Faran steel do-it-all adventure bike with a revised geometry that focuses on front end handling to give what the brand says is a good balance between loaded and unloaded handling.

Fairlight says that the release of this updated version has been a little delayed due to demand for their other models, but taking a look at the amount of neat integration and solutions for different setups, it looks like their time has been well spent.

Bike designer Dom Thomas swung by the road.cc garden earlier in the week (yeah, we have a garden; we're a bit like Blue Peter in that respect) to show us the new bike. We'll share the video interview we made with Dom on road.cc soon.

The Faran was originally designed as an adventure frameset, capable of tackling massive multi-day bikepacking trips, audax rides, commuting and just about anything else you wanted to do. The 2.0 version retains that focus with some small changes to the geometry that focus on the front end.

“On the Faran 2.0 we use low-mid trail to provide better handling with a front load and also fast ‘road-like’ handling when using no load and large tyres,” says Fairlight.

For the Faran 2.0, the trail has been reduced by roughly 10mm (depending on frame size) to give handling that Fairlight says feels fast and agile when unloaded and stable when loaded.

How to read geometry charts

Fairlight still offers its proportional geometry, allowing the rider to pick between a regular and a tall fit. The regular fit offers a lower and longer front end for those that either have short legs combined with a longer back or who simply want a lower, racier position. 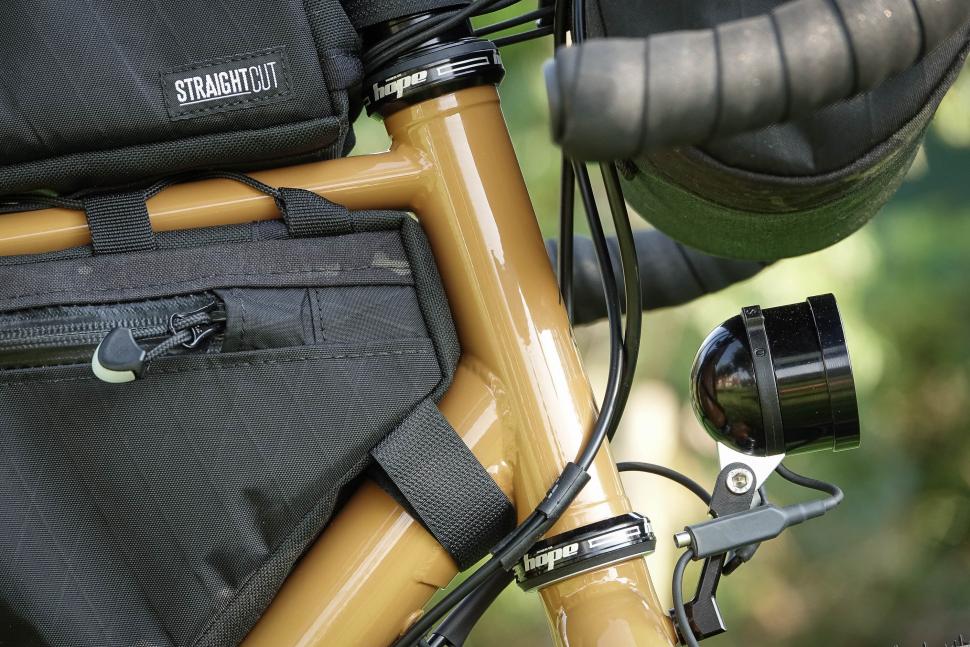 The tall option pulls the top of the head tube up and brings it back towards the rider, giving a more upright position. Each size from 51cm through to 61cm is available in both options. 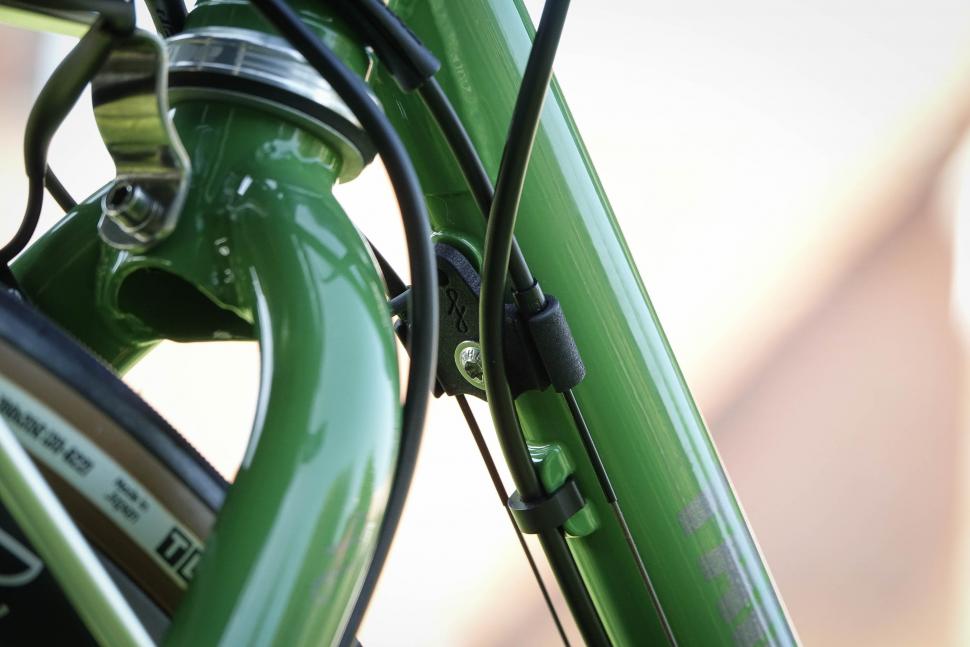 Aside from the geometry tweaks, the thing that we really love about the Faran 2.0 is the attention that Fairlight has given to the details. Take a look under the down tube, just below the lower headset cup and you’ll find the Modular Cable Guide. this 3D printed piece is customisable to your setup and offers a solution for everything from 2X mechanical shifting through to internal Di2 wiring and rear light. 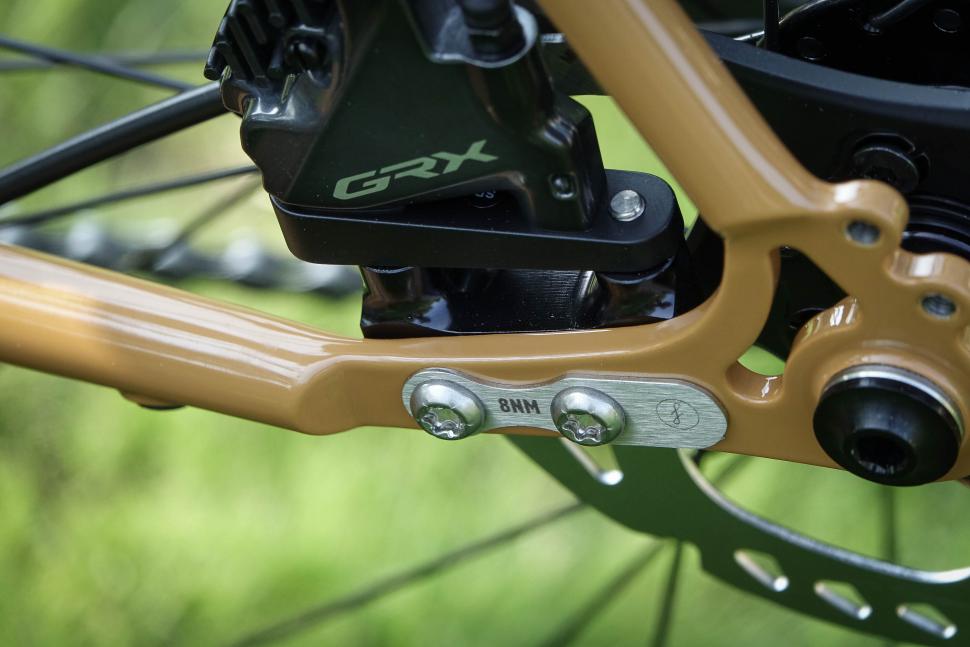 The rear dropout is another area worth a look. Fairlight has collaborated with Mark Bentley to design the dropout area using a “combination of laser-cut steel plate, turned stainless steel inserts and CNC machined aluminium brake mount to produce a dropout that is light, functional and elegant.”

Fairlight uses a 142x12mm thru-axle and flat mounts for the disc callipers. 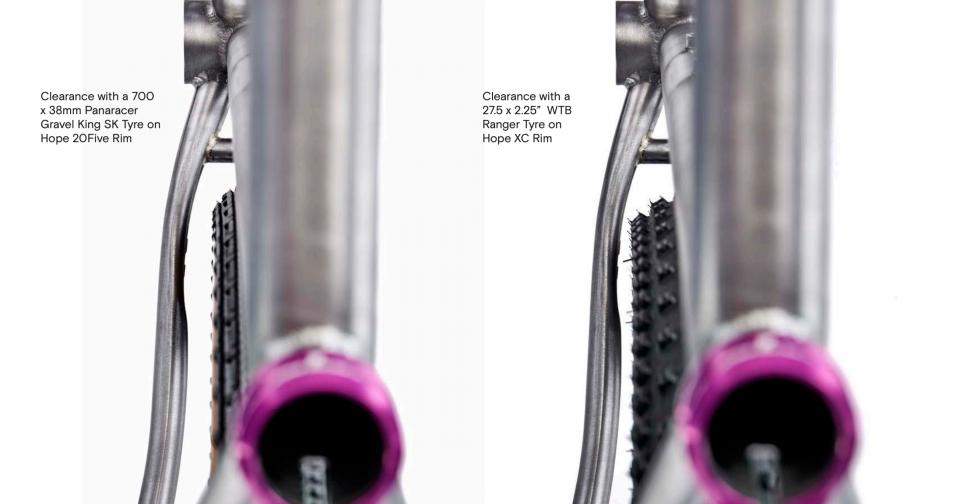 The down tube, for example, is the same as the one Fairlight uses on the Secan, but made from Reynolds 631 tubing rather than 853. It is ovalised at each end, the 40mm horizontal oval at the BB shell being designed to add lateral stiffness, where as the vertical 40mm vertical oval at the head tube is intended to resist the braking and ground forces. 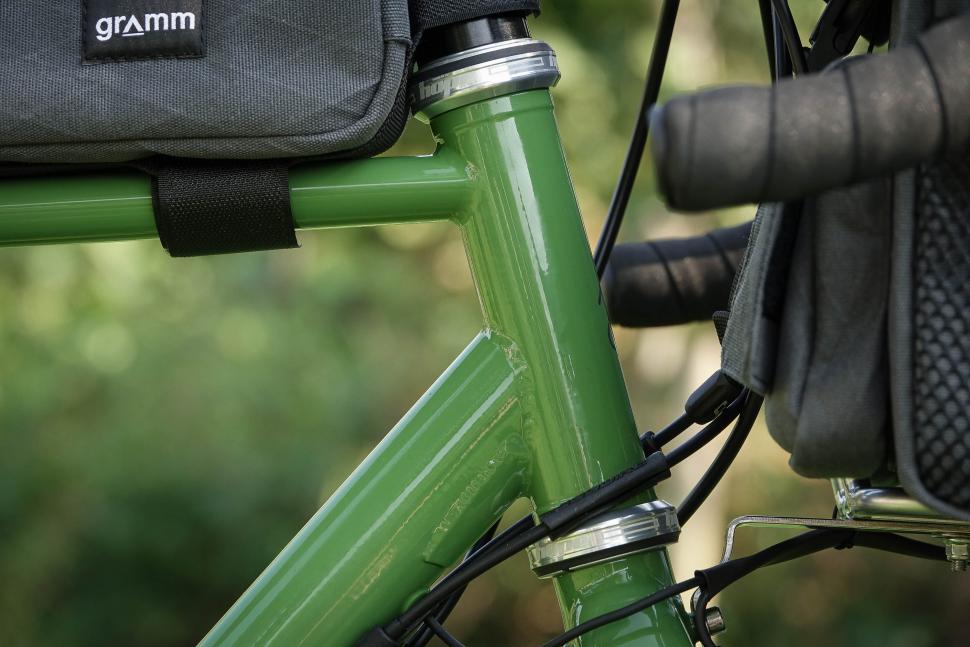 In the case of the Faran, with a standard 36mm head tube, the vertical oval also gives the strongest weld. The tube has double zonal butting, which means an extra butt at the head tube end for strength. Fairlight also uses a small gusset at the head tube end to provide extra strength for heavy front loading and for more severe terrain.

Read our review of the Fairlight Secan here

There is 68mm of clearance behind the BB, so plenty of space for a 2.2in tyre.

The frame has three bottle mounts. The ones on the seat tube are supplied with 3mm standoff washers so that a front derailleur band can be installed beneath the bottle cage. 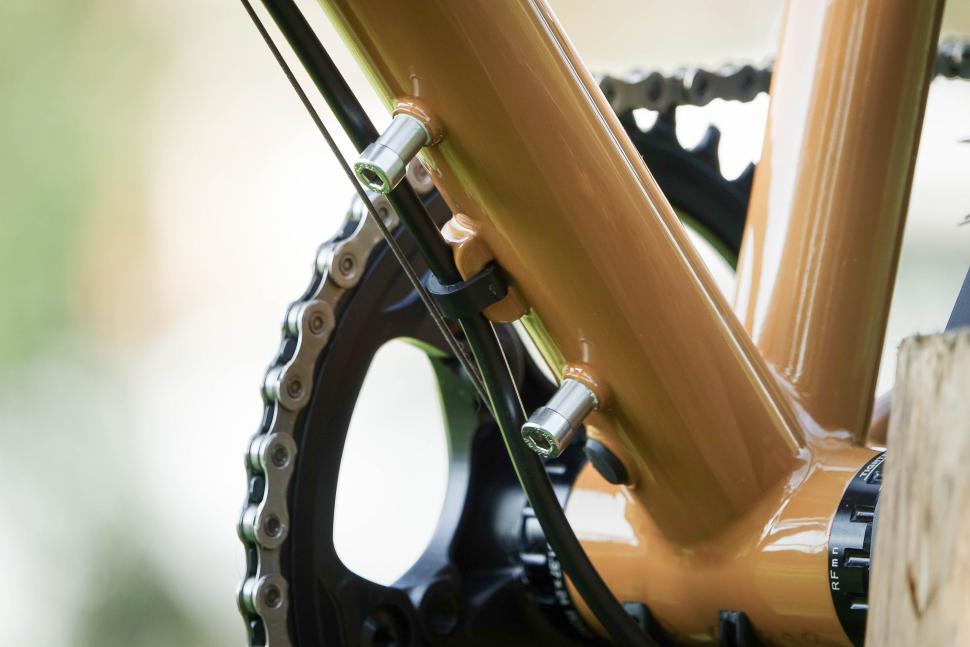 The mounts on the underside of the down tube are supplied with 8mm standoff washers so that the bottle cage clears the gear cables and the brake hose. All the standoff washers are stainless steel. The seat tube and down tube bosses are positioned as low as possible to give room for a half-frame bag. Size 58 and 61 frames get a third boss higher up on the seat tube for easier bottle access. In other words, you get three threaded holes and you can opt for either a high or low position for the cage. 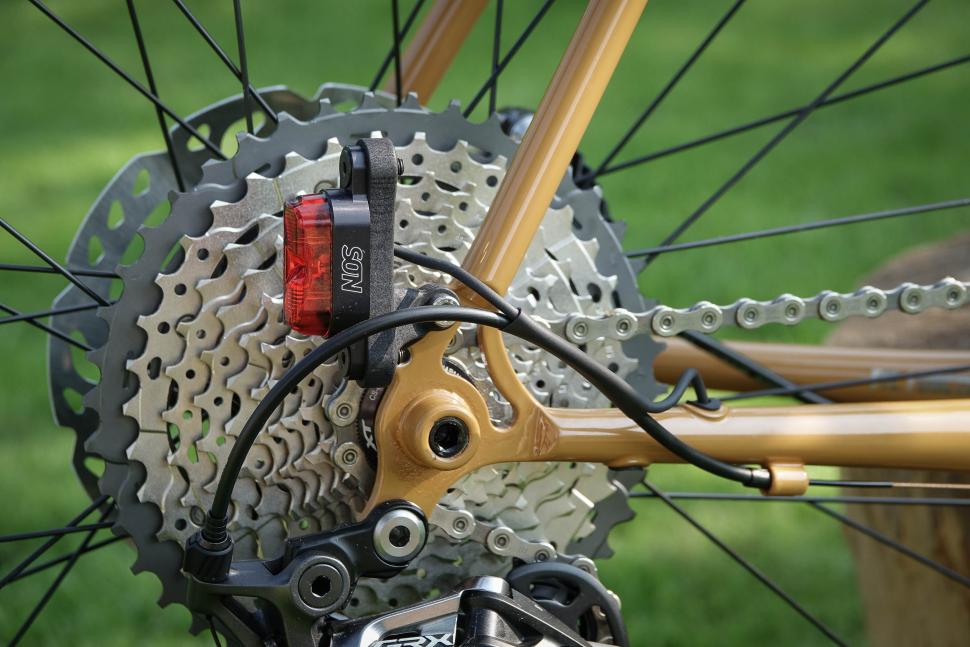 Speaking of mounts and holes, there are a huge number of options with Di2, mechanical shifting, dynamo light compatibility and mudguard and rack mounts. The new thru-axle, butted steel fork – the material chosen for its load-carrying capabilities – is similarly equipped.

Deposits of £500 are currently being taken, and you can specify the build that you want when you put your deposit down.

That looks like good value for a premium steel bike that's suitable for various different types of riding on road and gravel. Fairlight's direct-to-consumer business model helps to keep the price down. 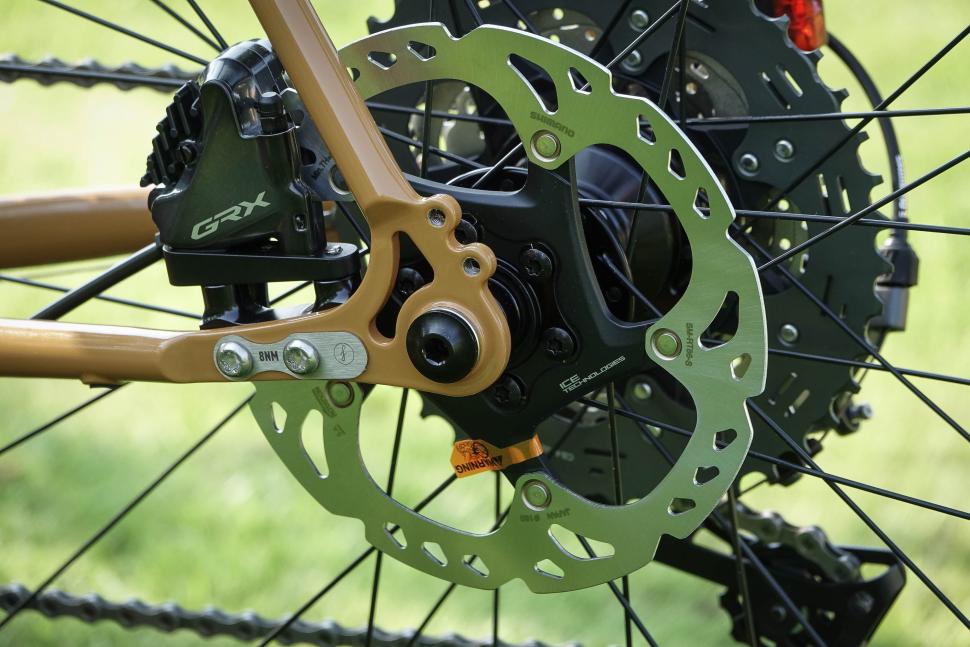 Bikes will be become available between early October and late November, depending on the frame size.

Get all the details on the Fairlight Faran 2.0 direct from Dom Thomas in our forthcoming video on road.cc. Stay tuned for that in the coming days. We'll eventually be running a review too, although that's a few weeks away.