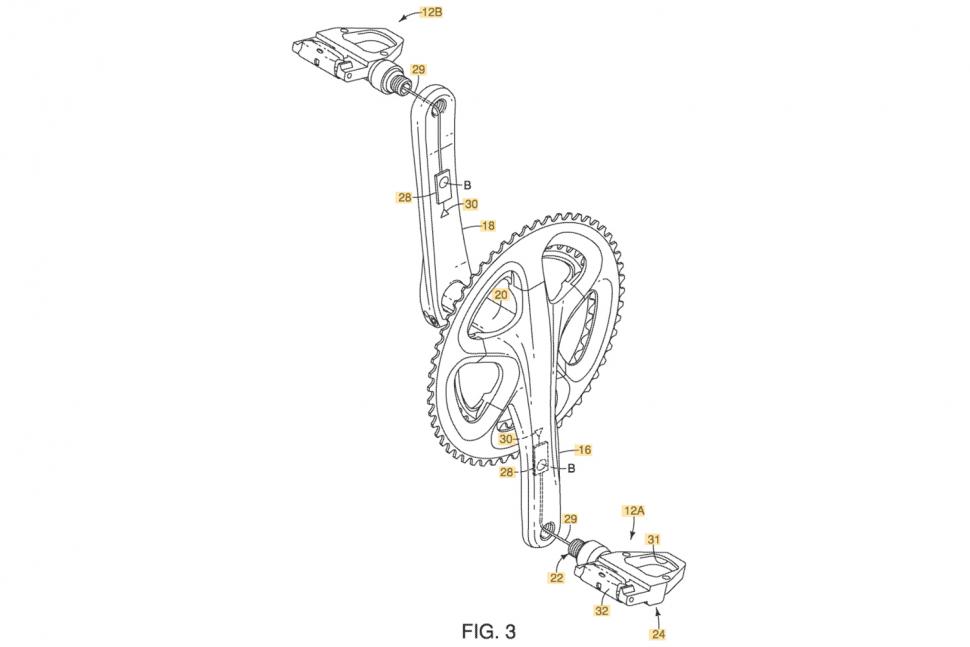 We take a look at a patent granted to Shimano which shows pedals capable of detecting pedalling force that connect to the chainset via a cable.
by Liam Cahill

Shimano has a patent for a pedal that includes shear force sensors and bending force sensors, suggesting that a pedal-based power meter from the Japanese component giant could be on the way.

Shimano was last week granted a patent for a piezoelectric sensor (piezoelectricity is the electric charge that accumulates in some solid materials when mechanical stress is applied) for a bicycle component that referred to an existing patent for the pedal.

If you've ever read patents you'll know that they can be heavy going and repetitive, but the gist is that Shimano's system detects your pedalling force. From there, it's a short step to calculating power (power equals force times velocity, so chuck in a cadence sensor and you're pretty much there!).

Shimano already has its own power meter, the R9100-P chainset, but this is Dura-Ace level, so sits at the top of Shimano’s range. It costs a good deal of money (£999.99 without chainrings) and ties you into using a 24mm bottom bracket axle.

So could a pair of Shimano power meter pedals be a game-changer?

>Tech firm claim they can make power meter for just $6

It’s worth pointing out that most power meter pedal designs base themselves around a Look Keo cleat system. Riders that prefer Shimano cleats have been left out a little and if the fact that Garmin itself shows you how to migrate your Vector 2 pedal axles over to Shimano Ultegra 6800 pedal bodies, it isn’t a stretch to conclude that there is a market for a power meter pedal for Shimano cleat users. 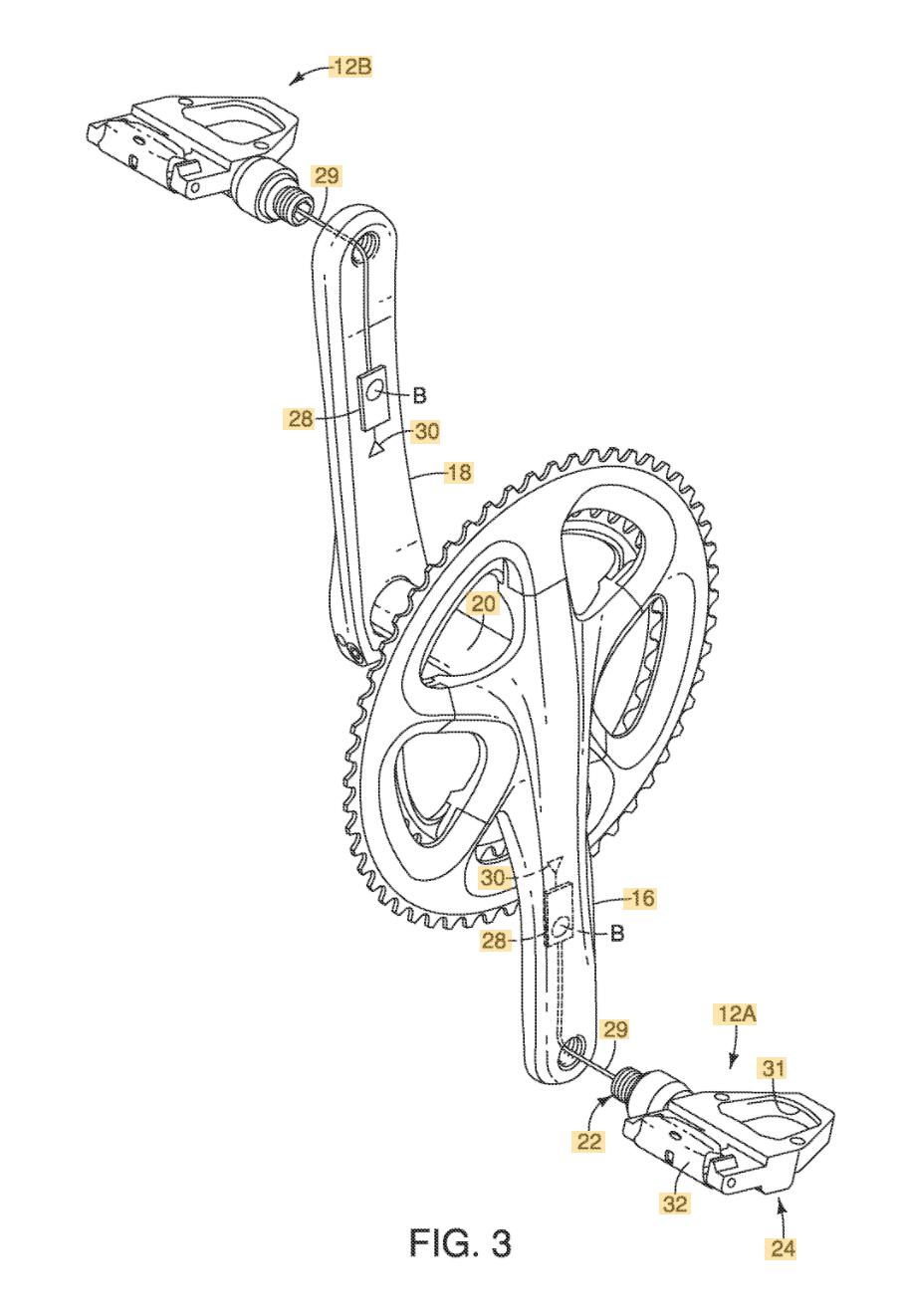 Shimano’s patent drawings have left us with some burning questions. A quick look at the drawing shows us that the pedal axles contain the pedalling force sensors, cadence sensor, and inclination sensor. This then connects via a cable to the chainset which houses the processor and a wireless transmitter. The patent drawings don’t make it clear whether the processor and wireless transmitter pieces are attached to the outside of the crank, or embedded within it.

How useful would a power pedal be if it needed to be connected via a cable to the crankset? Requiring a power meter pedal to be connected via a wire to additional hardware housed on or in a crank could compromise this.

Could Shimano bring power down to a 105 level?

As mentioned, Shimano’s current power meter offering is currently only available in the Dura-Ace groupset, the company’s most expensive road component line. A power pedal system could be a way for Shimano to bring power meter technology down to lower price points – maybe even to 105 (two levels below Shimano) – matching the likes of Stages and 4iiii.

With the improvements in shifting and braking, especially on the R7020 line of Shimano’s 105 groupset, the gap to the more expensive Ultegra has narrowed massively recently. Adding a power meter option that could be easily added to 105 groupsets would close that gap further.

> Cycling power meters: explore these 24 systems to find the best one for you

Will we see a Shimano power meter pedal design hit the market any time soon?

It's difficult to say. Like other leading companies, Shimano applies for – and receives – many, many patents every year, only a small number of which ever result in new products coming to market.

Plus, that wire connection to the cranks mentioned above makes Shimano's design a little less attractive from the outset than options already available from the likes of Garmin. Unless Shimano is planning to introduce innovative new features, we'd say that it would be starting off at a disadvantage there.

If Shimano was able to introduce something at a lower price than existing options, though, maybe it's a go-er.

We asked Shimano to comment on the pedals, of course, and – predictably – Shimano declined the invitation. For more of a deep dive on Shimano's power meter patents, an interesting article was published on BikeRadar recently that looks more closely at the 2014 patent on which their most recent filing relates to.