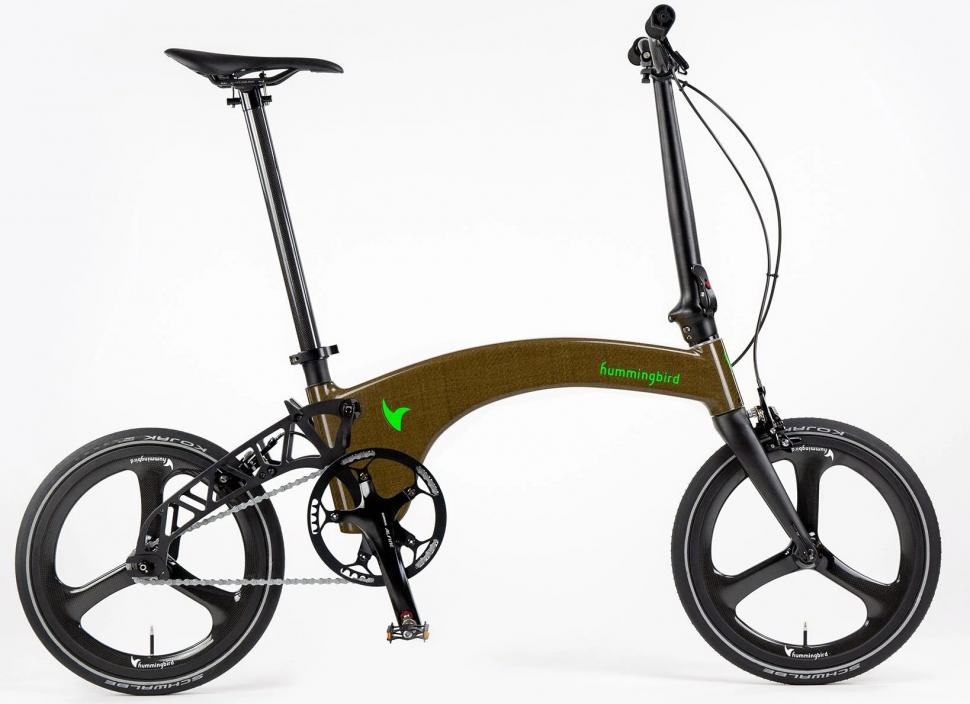 Flax appeal: check out “the world's lightest sustainable folding bike” from Hummingbird made from flax fibres

Hummingbird has created what it claims is the world’s lightest sustainable folding bike, made from flax plant fibres.

The brand says that the flax model matches the weight and strength of its carbon fibre predecessor. The flax frame is available built up into single speed, multi-speed, and electric bikes. It’s the single speed model that weighs a reported 6.9kg. To give that some perspective, Brompton revealed its lightest bike ever earlier this year, that titanium model coming in at a claimed 7.45kg.

“Flax fibre is a plant-based material capable of being just as light and strong as carbon fibre,” says Hummingbird. “Already being used in the motorsport industry as an alternative to carbon fibre, flax is lighter than carbon and offers improved vibration damping. Like the carbon fibre range, the new flax model passed ISO standards with flying colours after being put through the industry’s rigorous stress tests. 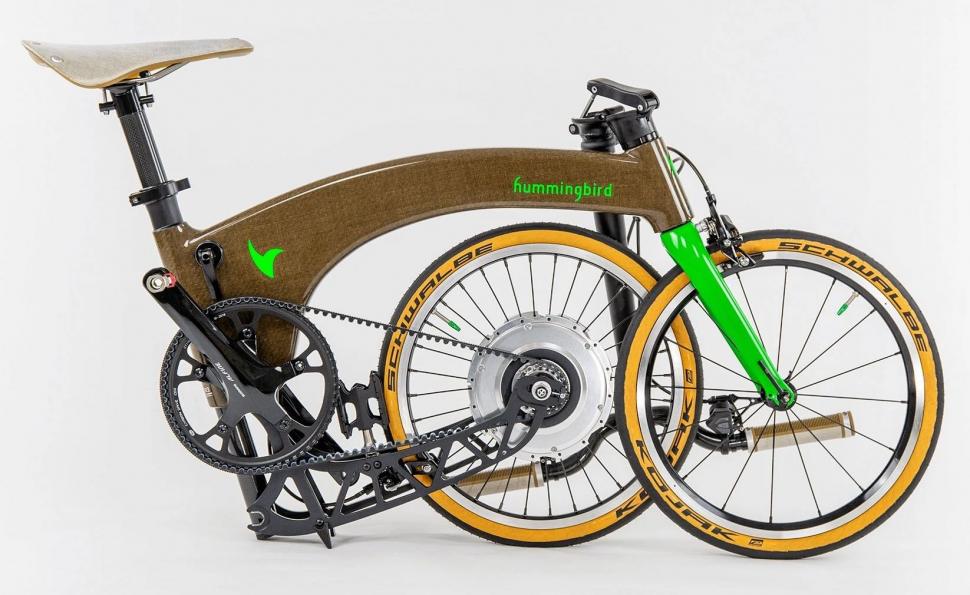 “Flax is also a sustainable material, unlike carbon fibre, as the waste generated at the production stage is biodegradable. Flax is far less harmful to dispose of and recycle than carbon as it will break down.”

“Most composites are still made with synthetic fibres, which are very energy-consuming to produce, but natural fibres are grown, not made, and the energy requirements to turn the grown fibres into a useful reinforcement for composites can be considerably less than that required to produce a synthetic fibre,” said Prodrive’s Director of Business Development Matt Bradney.

“Flax is the current predominant fibre in natural composites, with very good fibre and mechanical properties. There is a well-established infrastructure for producing flax fibres, which are also used for other sectors, such as the production of linen.”

Flax has been used in the bike industry for a long time. Museeuw started producing flax bikes in 2007, for example, and we reported that Schwinn had produced a flax concept bike back in 2008.

We told you about a flax helmet in 2013 and Look launched its 765 endurance bike with flax fibres in key areas in 2015. The use of flax was designed to damp vibration. 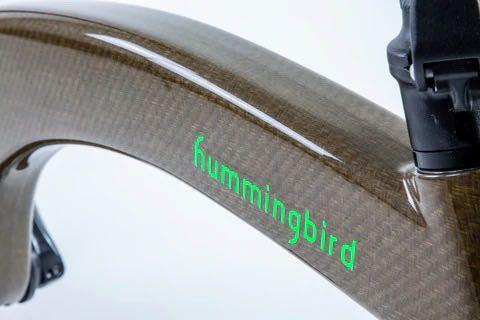 Hummingbird says that its bike is the world’s first folder with a frame made entirely of flax fibres. You can see the woven flax through the clear finish.

There’s also an electric model with a 250W motor and built-in battery. This one is priced at £4,995.

Each model comes with a full carbon handlebar and seatpost.