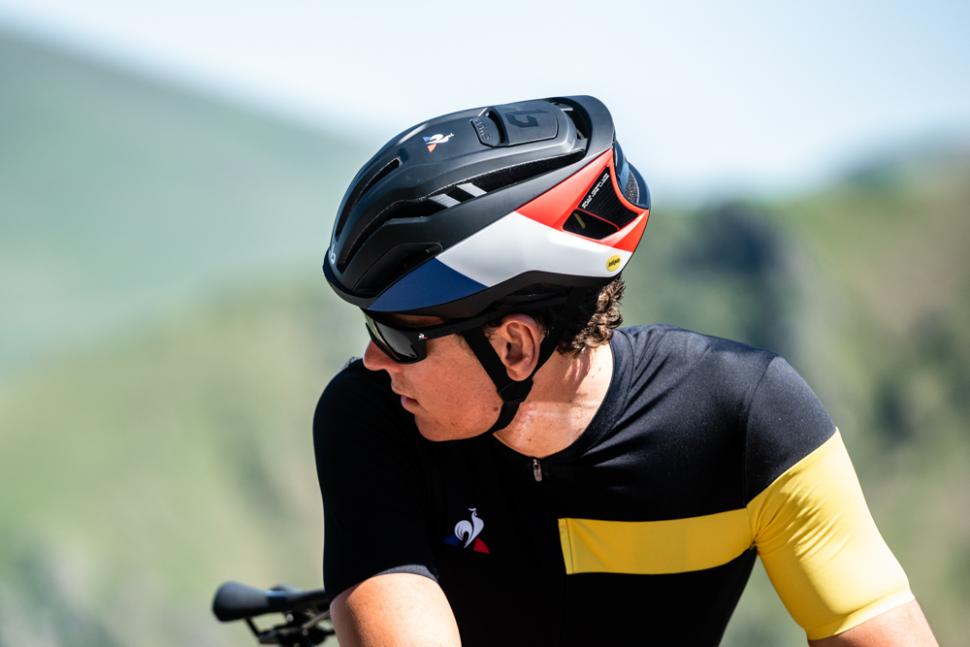 Bollé and Le Coq Sportif have both been involved in professional cycling since the 1950s with Bollé releasing its first cycling-specific sunglasses, the Nylon Grand Sport and Le Coq Sportif becoming the official jersey supplier to the Tour de France. 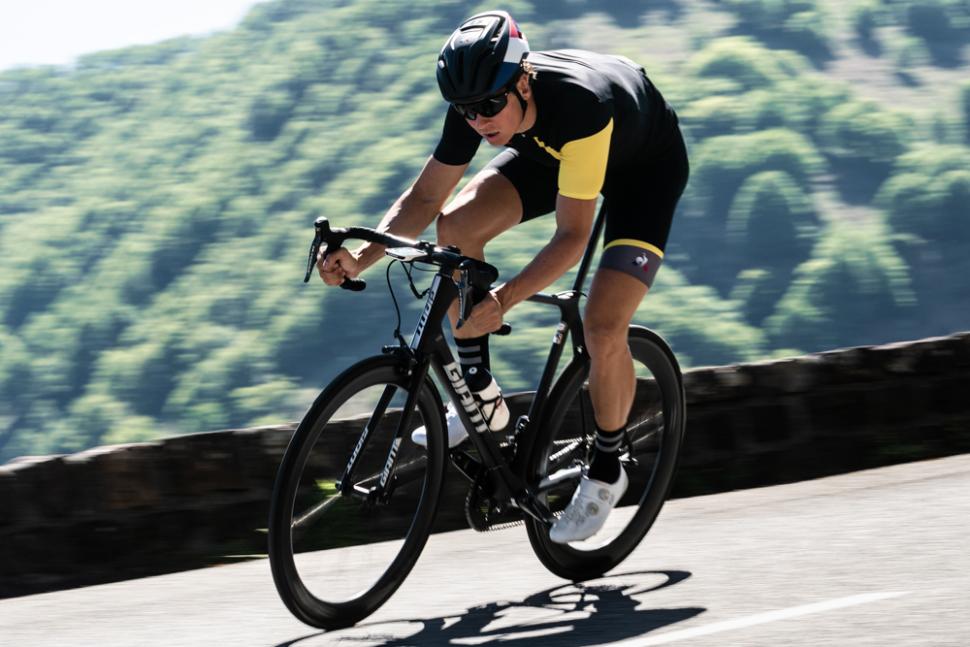 The two products celebrate this with a distinctly French theme using the colours of the French flag. Both the Shifter sunglasses and Furo Mips helmet feature a matte black base colour with red white and blue accents, though the helmet takes the French theme up a notch, including an angled French Tricolour on the side panel.

We’ve tested the Shifter sunnies before, with Stu giving them 8/10 thanks to the great visibility and fit. Stu found that the frame doesn’t get in the way of your eyesight and the visibility to the side is unobstructed too.

The special edition sunnies get red and blue Termogrip hydrophilic rubber grippers on the arms along with a dark grey lens that features a small ‘Bolle x Le Coq Sportif’ engraving. Designed as an aerodynamic road helmet, then Furo Mips uses the large vents that have become a common sight on wind-cheating helmets and Bollé claims that the design “allows increased airflow without additional drag.”

Further aero claims are made with the Kamm tail design “providing a smaller wake that reduced the drag for better aerodynamic properties.” Mips has been included to add “extra protection against angled impacts.”

The matte black design is offset by the French Tricolour that Bollé says is an “elegant reminder of the French heritage of both brands.”

Should you want to try Bollé sunglasses on for size, the French brand is now using augmented reality to allow you to do just that. It allows you to see roughly how their glasses will look on your face along with allowing you to flip the camera to see how Bolle’s Phantom lens will work in your surroundings.