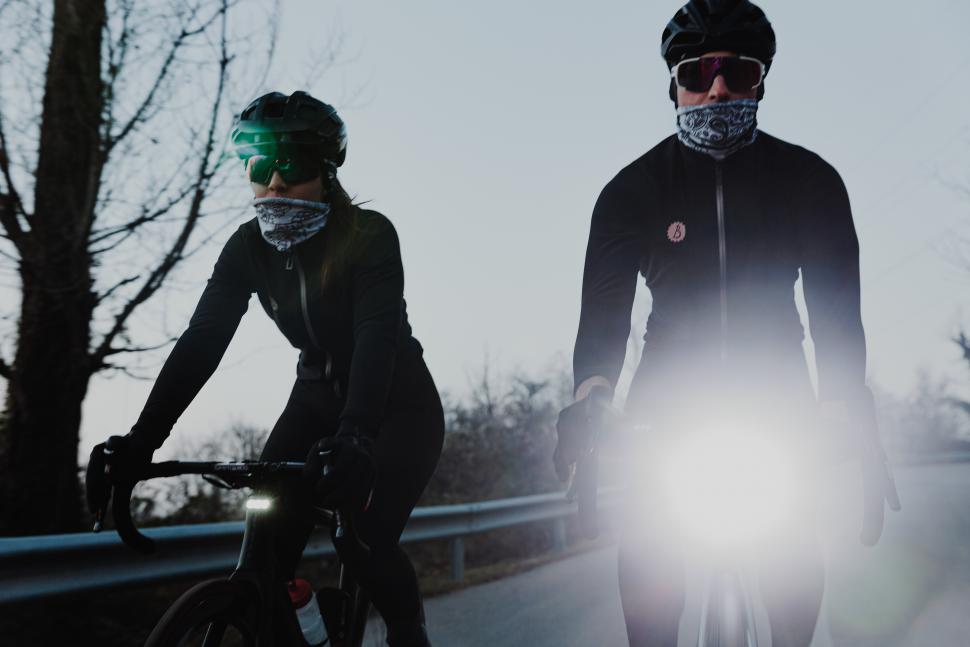 Usually when we report on a luminous cycling product that is crowdfunding on Kickstarter or Indiegogo, it involves some sort of indicator or safety features that extend way beyond just lighting... and while BYB Tech's new Focus One light promises a ton of smart features and a beam that can pump out a massive 5000 lumen flash, less is more as the unit weighs a mere 49g.

> Find the best bike light for you: the road.cc beam comparison engine 2022 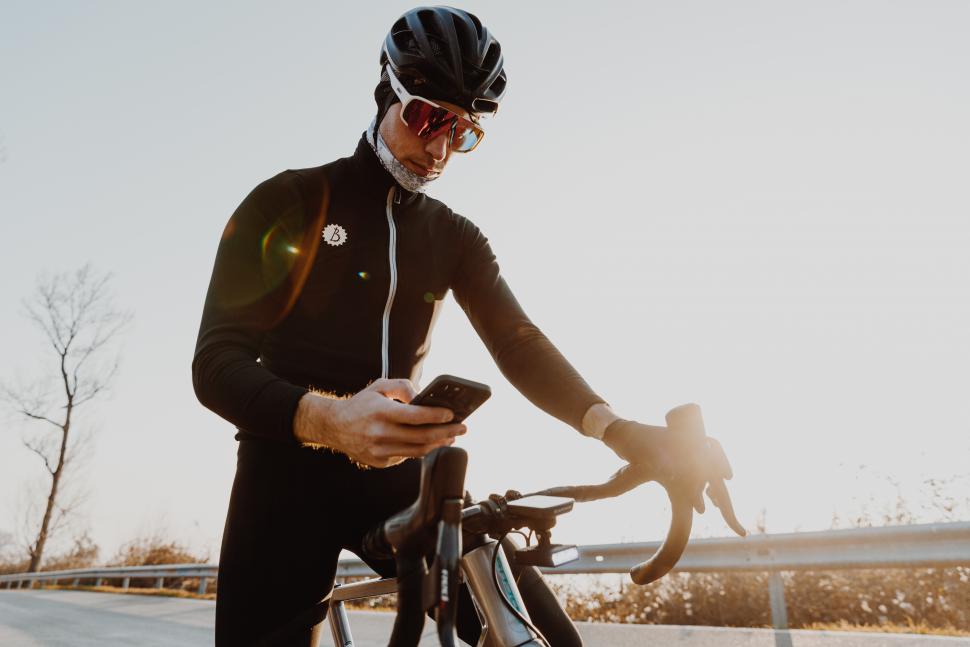 The Italian tech company are making some big claims here, and the device appears to be aimed mostly at road riders; although as shown in the video on the Kickstarter page, we see an electric mountain bike rider connect the light to his e-bike system for unlimited charge.

Lines include "be seen like a car!" and "we believe that bicycles deserve to be more visible on the road." Whether any amount of lighting or safety features are enough to prevent cyclists suffering the many collisions caused by dangerous motorists each year is another subject entirely; but the aim appears to be to give cyclists the option of deploying a high beam flash to alert potentially distracted drivers of their presence.

BYB Tech says Focus One is the "world's smallest 5000 lumens bike light" rather than the smallest out there (that would be something like the Bookman Block at a mere 13g) but we've not seen anything with this much beam strength in such a small package. The 5000 lumen claim is referring to the Focus One's ultra high-beam flash mode, that can be triggered by a small button on the unit itself or via the handlebar remote. You can use it up to 500 times on a single charge if you've set it to the max power; of course that means there's an app for the light, which allows you to customise modes and the strength of the beam. 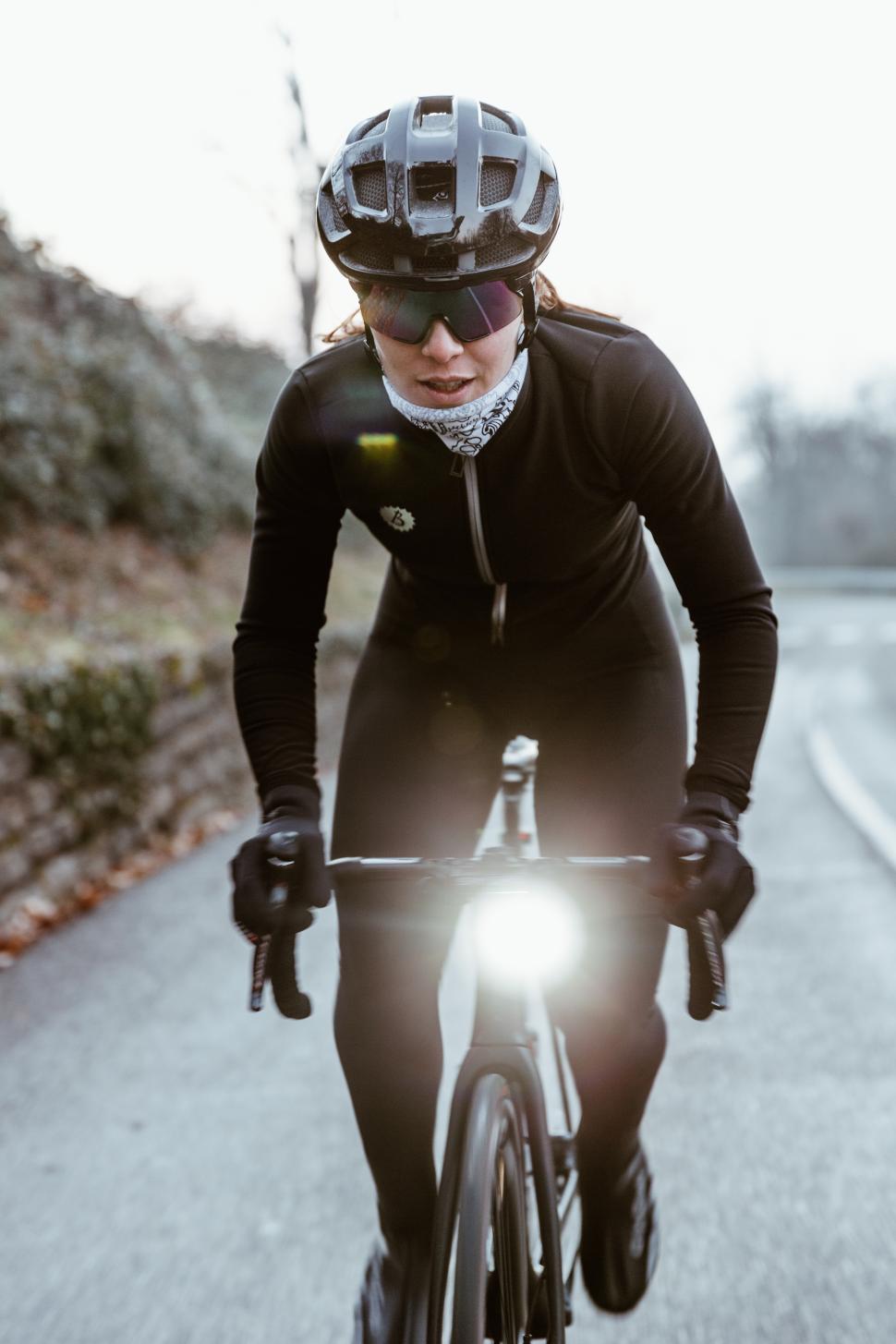 The light can also be used with a steady state beacon constantly flashing for up to 20 hours at a time, and as a regular steady light in 'low-beam light' mode. We're not told exactly how many lumens this kicks out, but on a higher setting BYB Tech says "with the maximum intensity is possible to go for a night ride in the woods too."

Obviously multiple 5000 lumen flashes at night isn't going to make you hugely popular with oncoming traffic, but BYB Tech says a tilt sensor accessed via the app can tell you how dazzling or not your beam is going to be, help you find the right angle and "make Focus compliant to StVO rules" [lights that conform to German traffic regulations to avoid dazzling].

BYB Tech's founder Enrico Rodella also told us: "The light is totally personalizable and you can set the light power from (basically) zero to 5000 lumens (only in high-beam and beacon mode)." 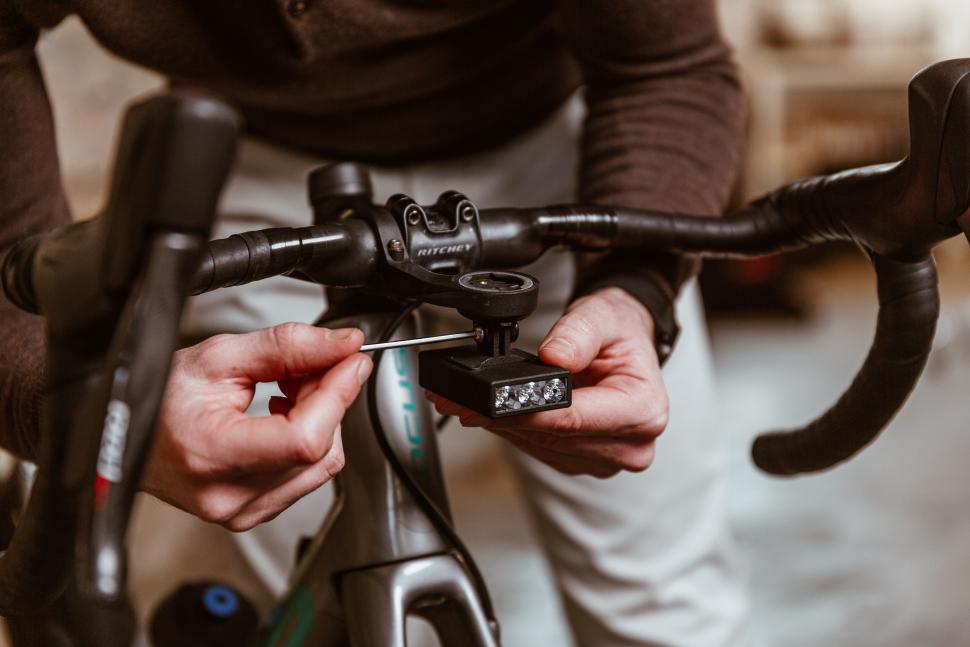 The 49g weight is for the unit itself, not including the mounts or remote trigger. BYB Tech offers a number of mounting options, including a GoPro mount so you can attach it underneath your GPS, and also a quarter-turn option that is "compatible with most existing mounts." BYB Tech has also shared 3D models of the mounts as open-source files for users to create their own ideal solution.

Other features include the e-bike compatibility and a rear light mode should your main rear light run out. The claimed run time is up to 20 hours on flash and up to six hours in low-beam mode, and recharge time is just 15 minutes.

> Where are they now? 13 of the best, worst and wackiest cycling crowdfunders

This isn't BYB Tech's first Kickstarter rodeo, with the brand first taking to the crowdfunding platform for its telemetry system for mountain bikes and motocross. Claimed to be a world first, the system is made up of an accelerometer and gyroscope working with GPS to track the performance of your bike's components on the go, so you can identify issues and tweak them. It's tech that pros already had access to, mostly to monitor the performance of their suspension, but BYB Tech packaged this into a product regular consumers could buy too. It's not cheap at well over £1,000, but the Kickstarter was a success and the product is now on version 2.0. 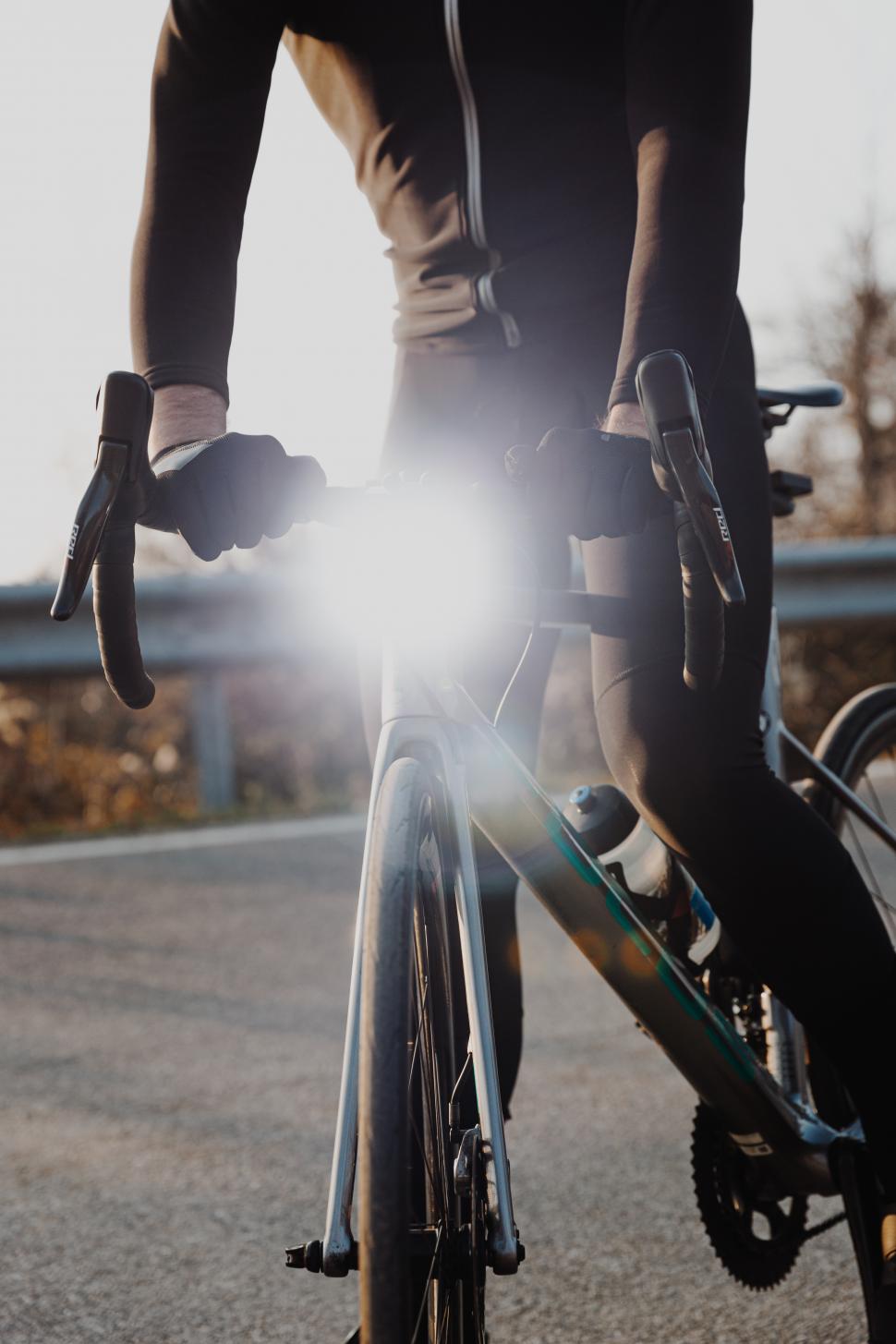 Check out the crowdfunding page here. All the usual Kickstarter rules and regulations apply which can be found here.