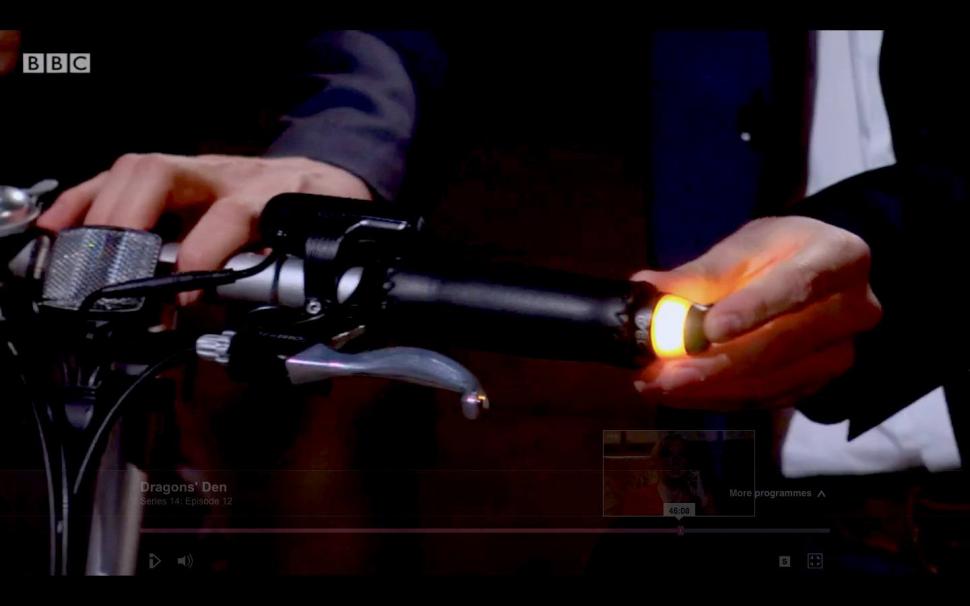 CYCL Winglights — yet another attempt at indicators for bikes. (Screenshot from BBC Dragons' Den)
How did cycling's least successful product category get the dragons' attention?

Whenever Dragons’ Den gets a pitch for a cycling product I wince. Partly, that’s just my general reaction to hearing that any bit of the non-specialist media is looking at cycling, but the dragons have a terrible record when it comes to cycling. That they gave a warm reception to a handlebar-mounted indicators a couple of nights ago is just their latest inexplicable reaction to a cycling idea.

Nick Jenkins offered £45,000 for 15% of CYCL, the company behind Winglights indicators, and was negotiated down to 12.5%. A good day for the two young entrepreneurs behind the product, then.

The dragons debated whether indicators on the ends of the handlebars could be seen easily enough to be useful, but acknowledged that Luca Amaduzzi and Agostino Stilli had done a great job of the design and polish.

The problem is, a product can be as beautifully designed and made as the Venus de Milo, but it won’t succeed unless there’s a demand for it.

The history of indicators for bikes suggests there really is no demand. 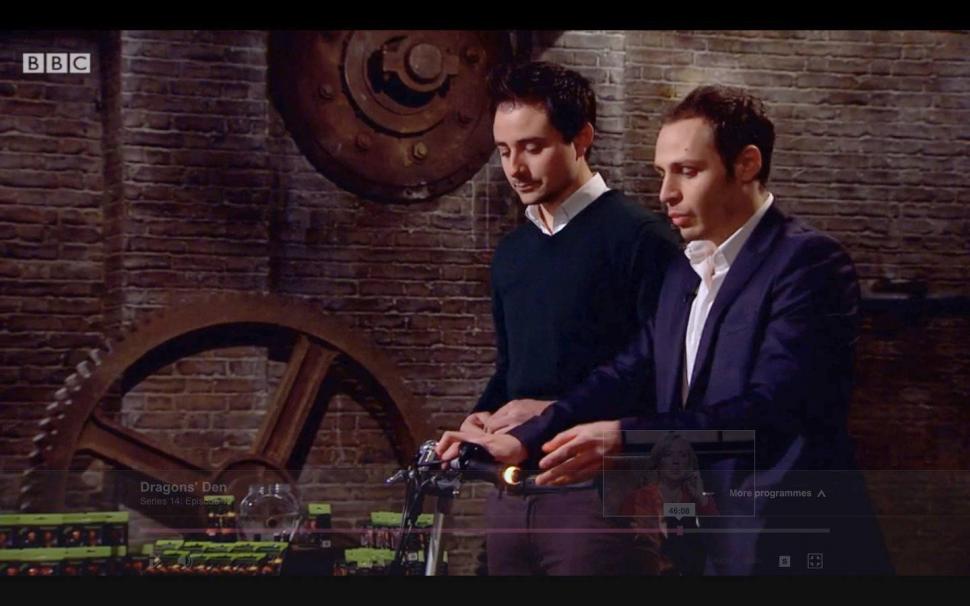 Back in 2009 we reviewed Bicygnals, which put indicators on both the front and rear of your bike. We weren’t impressed and since then the product has vanished without trace. We also looked at Winkku that year, which combined an indicator with a mirror. It’s also long gone.

Then there was Spooklight, which provided indicators and a brake like triggered by an accelerometer. Shaun Audane called it “little more than a gimmick for the ipod age”.

But indicators for cycling just keep popping up. In 2013 we reviewed Scute Design Lumin8a gloves. We were even quite kind about them. Scute Design folded in 2015. 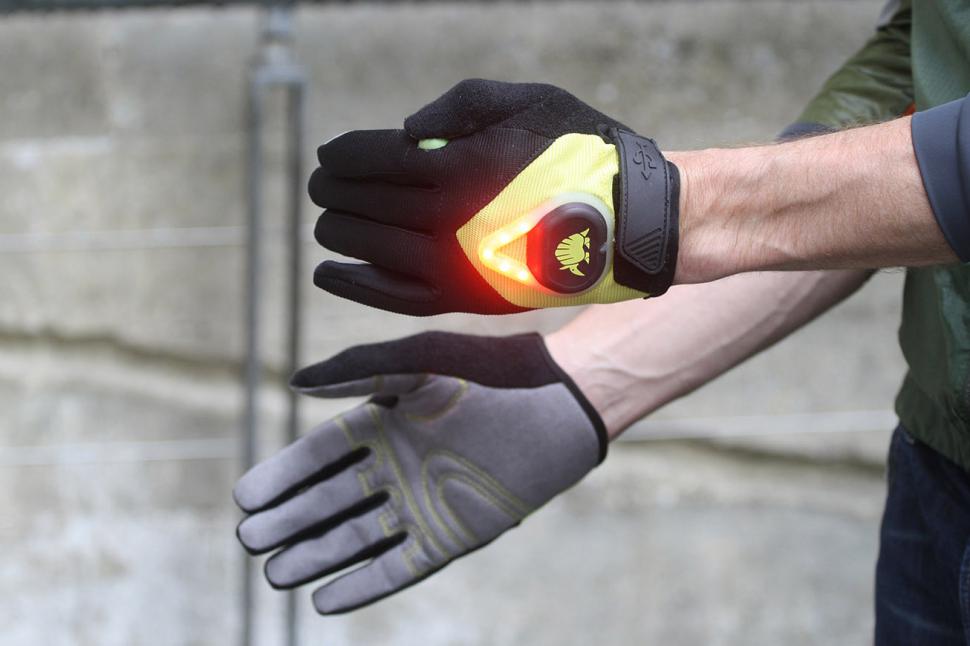 Lumin8a Indicating Gloves - where are they now?

At least there’s now a sure-fire way of finding out if anyone’s interested in your product before you commit to production. Last year a Canadian team took to Kickstarter to try and raise CA$8,000 for a SIX, a gesture-controlled indicator that also incorporated a brake light. They barely reached a third of their target.

The most recent attempt to get an indicator system off the ground prompted lively debate from our readers. London cabbie Gary Thatcher came up with the Signum wrist-mounted indicator. His Kickstarter campaign raised just £1,306 of the £20,000 goal.

The only indicators to get any traction are built into ‘innovative’ helmet designs. Even then, they often don't make it past the sketch stage. For some reason the judges of design competitions like to give them awards anyway. One indicator helmet, Lumos, managed a successful Kickstarter and appears to be shipping. Call us cynical, but we give it a year.

And while you’re putting batteries and lights and electronics into a helmet, why not go hog wild and have it play music, read out your text messages and send out an emergency alert if you crash. If you can’t live without all that, you can get a Livall BH60 from Amazon for £104.

As Al Storer pointed out in the comments of our story on Signum, there have been loads of indicator systems — we’ve barely scratched the surface with the ones we’ve mentioned here — but they all have one thing in common: you never see them in the wild.

Either people don’t buy indicators, or if they do they don’t use them for long. They’re the sort of thing a well-meaning relative buys you for Christmas, not realising that keeping them to hand and charged is a faff that’s hard to justify for the function.

The inventors of indicator systems almost always say they’re trying to make cyclists safer, but they’re solving the wrong problem. The assumption is that drivers hit cyclists because we can’t be seen. But the majority of crashes involving cyclists happen because the driver simply didn’t look, and adding small flashing orange lights is going to make, at best, a tiny, tiny difference.

As Deborah Meaden pointed out on the show, an indicator is just another flashing light, and it’s one drivers aren’t expecting to see on a bike. However, it’s not clear that the Highway Code makes hand signals mandatory even if you have indicators, as many people think. The code describes how indicators and hand signals must be used, but doesn’t say who should use them.

Meaden might have been sensible to pooh-pooh the Winglights, given the repeated failure of indicators over the years, but the dragons don’t have a great track record when it comes to rejecting cycling ideas. 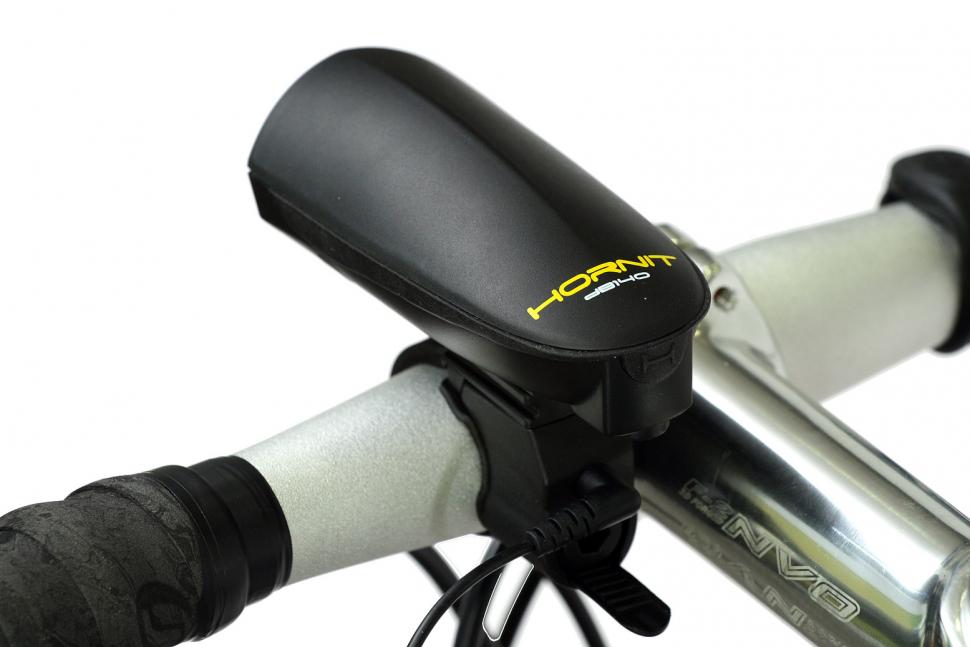 At least three ideas pitched at the dragons have gone on to success despite being rejected.

Probably the biggest missed opportunity was Tom de Pelet’s Hornit, a 140 decibel bike horn. In an episode screened in 2015, but filmed ten months earlier, the dragons declined to back the Hornit. Between the pitch and the show going to air, Tom had sold half a million quid’s worth of Hornits, and reckoned he was on course for £1.2 million in sales that year.

Later in 2015 sisters Sky and Kia Ballantyne, aged 12 and 14 respectively, pitched Crikey Bikey, a harness that makes it easier to support a toddler who’s learning to ride a bike.

The dragons turned them down even though they’d had orders from Evans Cycles and Mountain Warehouse. Their appearance on Dragon’s Den prompted a flood of new orders and the gadget is now stocked by Halfords.

Sometimes the dragons just don’t get the joke. They turned down Fat Lad At The Back (FLAB) clothing in 2014 because they didn’t like the name. But if you’re a non-svelte cyclist you get used to not taking yourself too seriously, and FLAB’s clothing struck a chord with riders don’t fit in Italian Lycra.

Later in 2014 Evans Cycles took on FLAB clothing, along with then-new sister brand Fat Lass At the Back.

All of that said, Nick Jenkins may be backing a long shot with the CYCL WingLights, but Amaduzzi and Stilli are clearly promising talents.

Jenkins and all the dragons were impressed that the duo had already got the product out into the market and broken even. The standard of finish impressed even notorious cyclophobe Peter Jones who said: “The quality and the way you’ve put this together, I think is as good as I have ever seen in a product.”

I'm looking forward to seeing what they do next.