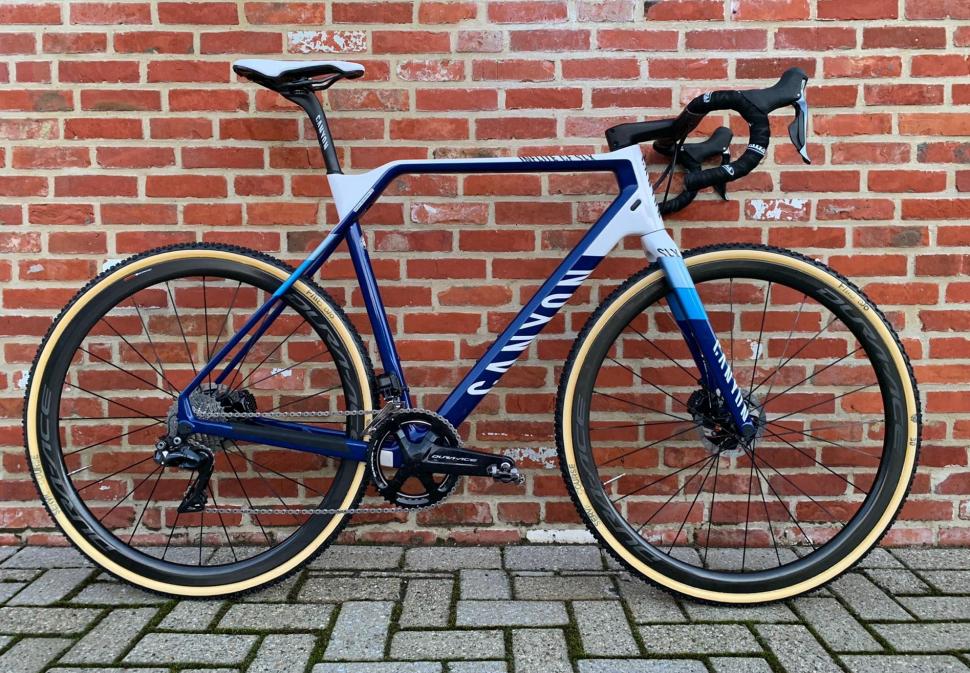 Here’s a look at the bike Mathieu van der Poel rode to victory in the cyclocross world championships at the weekend.

Dream’s don’t work unless you do WORLDCHAMPION pic.twitter.com/fxaX18hdry

The Dutch sensation led from start to finish, with an utterly dominating performance to defend his rainbow jersey and clinch his third world title in the discipline.

Mathieu van der Poel continues to be sponsored by Canyon so it was the top-end Inflite CF SLX which he has been riding since he switched from Stevens in 2018. He even won his first race on that bike, as we reported at the time.

He’s also supported by Shimano so it’s a full Dura-Ace groupset with electronic gears and hydraulic disc brakes. Long gone are the days when commenters argued that pros would never race disc brakes… 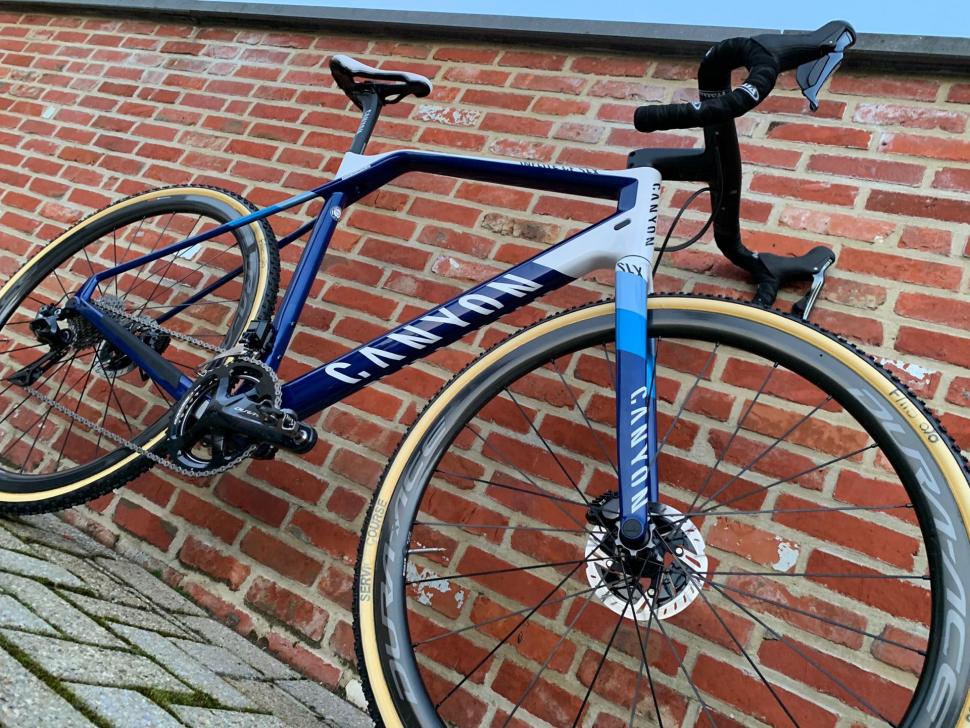 While the choice of disc brakes is less divisive than it used to be, his bike is interesting in that he opts for a 2x drivetrain, not a 1x setup that is increasingly common in cyclo-cross at all levels of the sport. His gearing is the same as always, a 46/39t chainset and that’s paired with an 11-25t cassette. 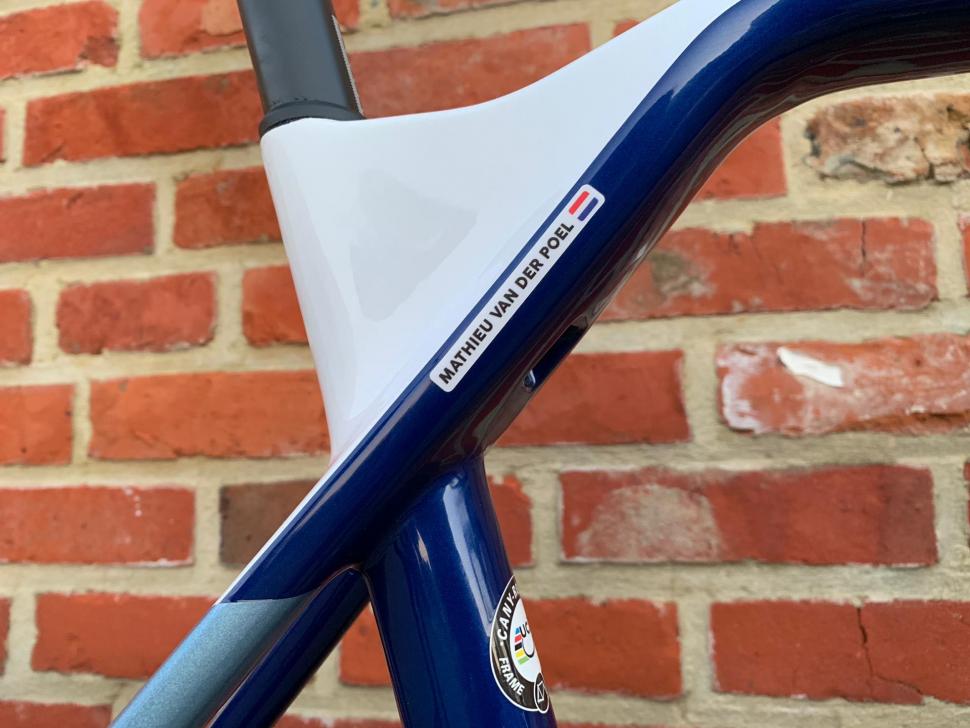 Contact points fall to a Selle Italia Flite saddle and he swaps from the H31 Ergocockpit one-piece carbon handlebar and stem that is specced as standard on the Inflite CF SLX to the H11 Aerocockpit from the Aeroad.

The current Inflite CF SLX was launched in 2016 and represented a serious intent to offer a high-performance cyclo-cross race bike with none of the common concessions to versatility. The hunchback top tube produced a bigger front triangle for easier shoulder, mud clearance was focused on in all the critical areas where it can usually clog and add weight during a race, and it was disc brakes only. I was very impressed when I eventually tested the bike in a £2,499 build. It was evidently fast with precise handling and revelled on the tight corners of a cyclocross course. It was also lightweight so easy to get up to speed, and felt nimble at high speed. I was also surprised by the comfort from the seatpost that has been designed to flex a little under big impacts.

Thanks to Alpecin-Fenix for the photos.