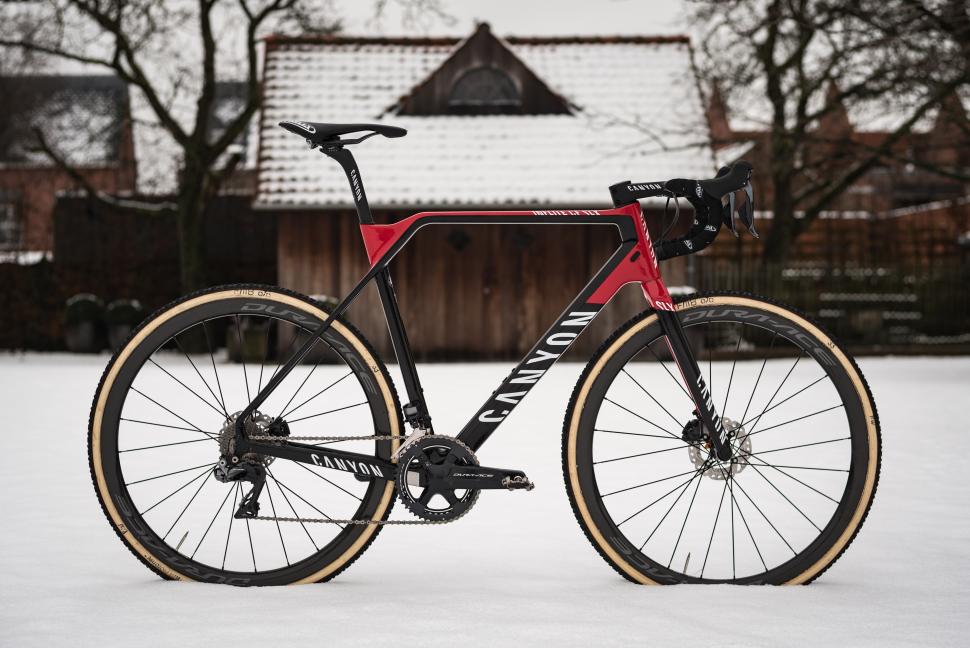 Mathieu Van Der Poel is currently dominating the cyclocross world cup season, and for 2018 he has switched from Stevens to German brand Canyon, with the company announcing its sponsorship of the Dutchman’s Beobank-Corendon team.

And he's only gone and won his first race aboard the new bike, in a very muddy cyclocross race yesterday.

Canyon is clearly ambitious about getting the best riders to validate its products, and following the development of its new Inflite CF SLX, its first race-focused cyclocross bike, it was clear involvement at the top level of the sport was required. And it has the money to poach the best talent, and talents don’t get much better than one that has stamped his authority all over the cyclocross scene since he was a junior.

Just check out this long long list of race wins on Wikipedia.

“Mathieu is quite simply the biggest talent in the sport right now,” said Canyon Founder & CEO, Roman Arnold. “Watching him ride is something else. Each time he competes he’s so committed, so skilful and rides with such passion. For all of us here at Canyon, it’s Pure Cycling, through and through.”

Van der Poel has targeted XC gold at the Tokyo Olympics in 2020, an objective that all Canyon are driven to make a reality. The Dutchman will receive full support throughout the UCI XCO World Cup season from 2018 onwards. After the cross season and away from Cross Country, Beobank-Corendon will also compete on the road, where riders will have a choice of Aeroad CF SLX and Ultimate CF SLX models, with the Speedmax CF SLX reserved for tests against the clock.

Better get used to seeing the distinctive bike at the front of cyclocross races. Even Mathieu thinks it looks a bit strange, as he talks about his new race bike in the video posted by Shimano on YouTube this week.