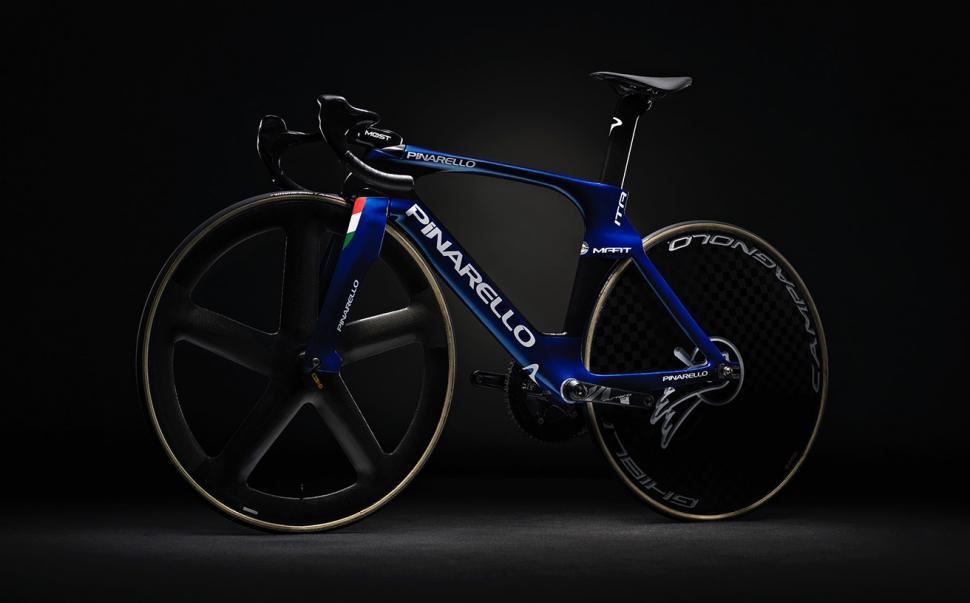 Pinarello has announced the latest evolution of the MAAT bike that will be used at the Track World Cup in Hong Kong this weekend by the Italian national track team.

With the new Team GB track bike developed by Hope Technology and Lotus Engineering having been revealed last month, and the Cycling Australia team using new 3D printed titanium handlebars and cranks, the tech race is really hotting up ahead of the Tokyo 2020 Olympics.

The Pinarello MAAT bike features narrow and deep frame profiles for aerodynamic efficiency and a stem that is sunk into the top tube. The fork crown is integrated into the head tube. 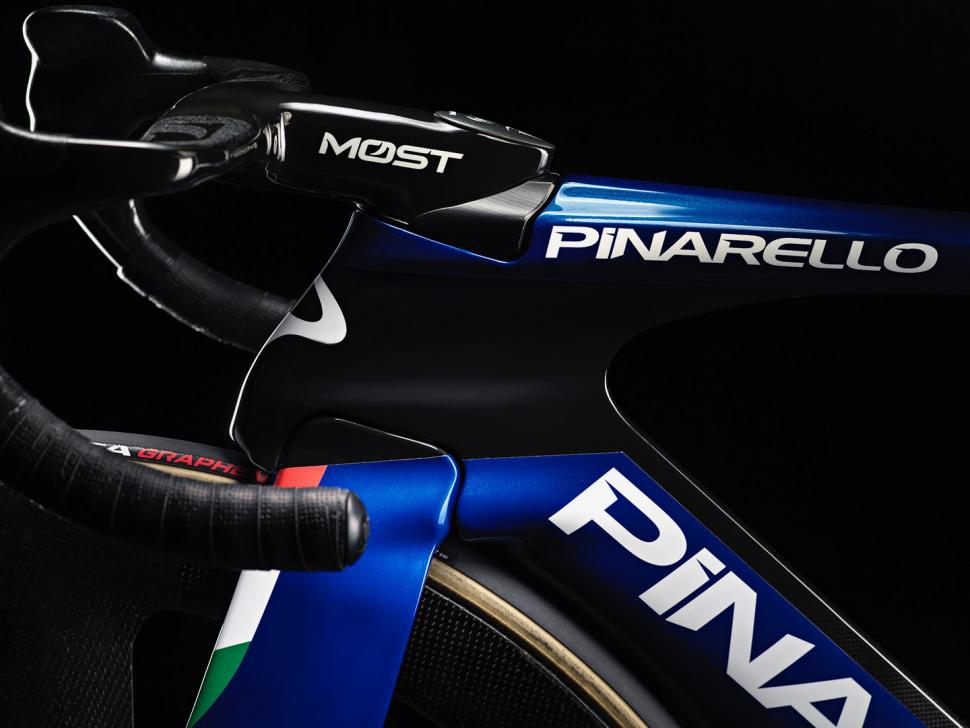 According to Pinarello's White Paper on the new design, "The PinaLab [Pinarello's in-house development team] came up with [an] innovative design where the head tube is extended in
front of the fork crown, creating a long integrated aero profile together with fork and down tube."

Pinarello says that it did not to go with a fork crown in front of the head tube because it would not be safe during hard turns or crashes.

The fork leg profiles are close to the limits set by the UCI and they are positioned wide to work with various types of wheel.

The seat tube and down tube sections are derived from the original Bolide HR (which Bradley Wiggins rode for his hour record) with long cord aero profiles and a flat back.

Pinarello has designed asymmetric road frames for years to account for the differing forces on either side of the bike, and this now carries over to the MAAT.

The frame is made from Torayca T1100 1K carbon, has a claimed weight of 1,350g (unpainted), and is available in five different sizes. 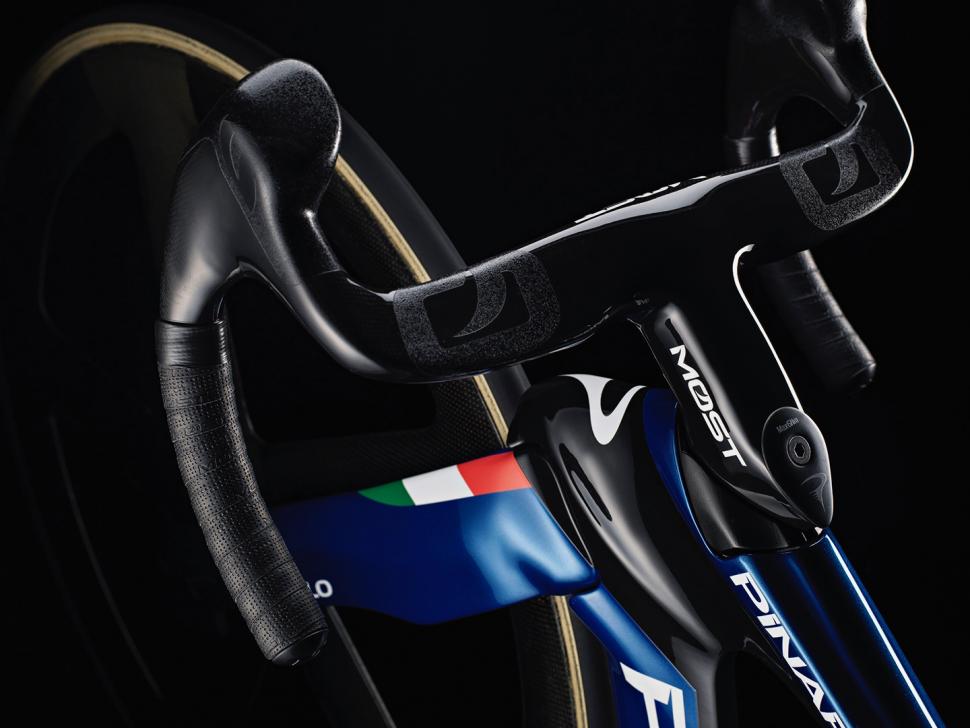 The handlebar is new too (the frame is also compatible with a standard handlebar).

"The handlebar was developed specifically for the MAAT to achieve the best aerodynamic and structural performances with a deep study on ergonomics," says Pinarello.

"The requests from the riders were very particular. Looking carefully at the rider’s habits during races, the PinaLab figured out several improvements to implement in the new handlebar. Several designs have been developed, with different bar width, flare-out angle, grip design, and a horizontal section to allow the best ergonomics while adopting a “time trial” position or during a hand-sling." 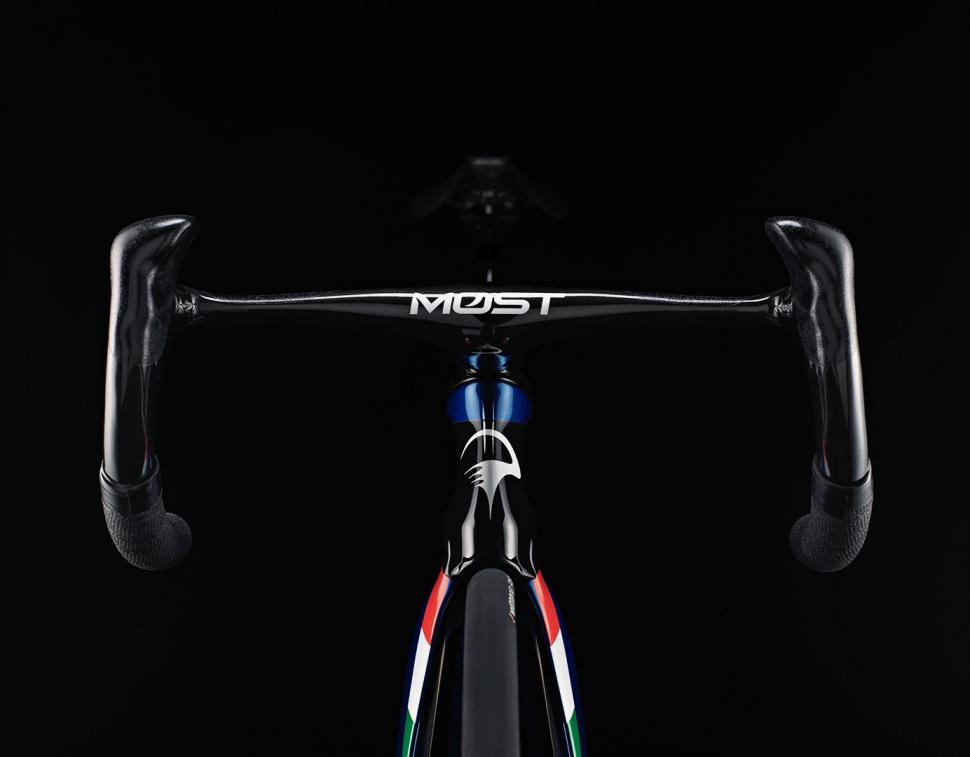 The final version has an 80mm reach, a 125mm compact drop and aerodynamic sections. It measures just 38cm (outer to outer) and the drops flare outwards by 8.5°. It is available with three different stem section lengths: 90mm, 100mm and 110mm.

The MAAT frame kit will be available to order in the UK from April 2020 in Pinarello black on black, red/black and blue/black. The frame and forks will be £7,000 with the handlebar another £750.

For more info go to www.pinarello.com.