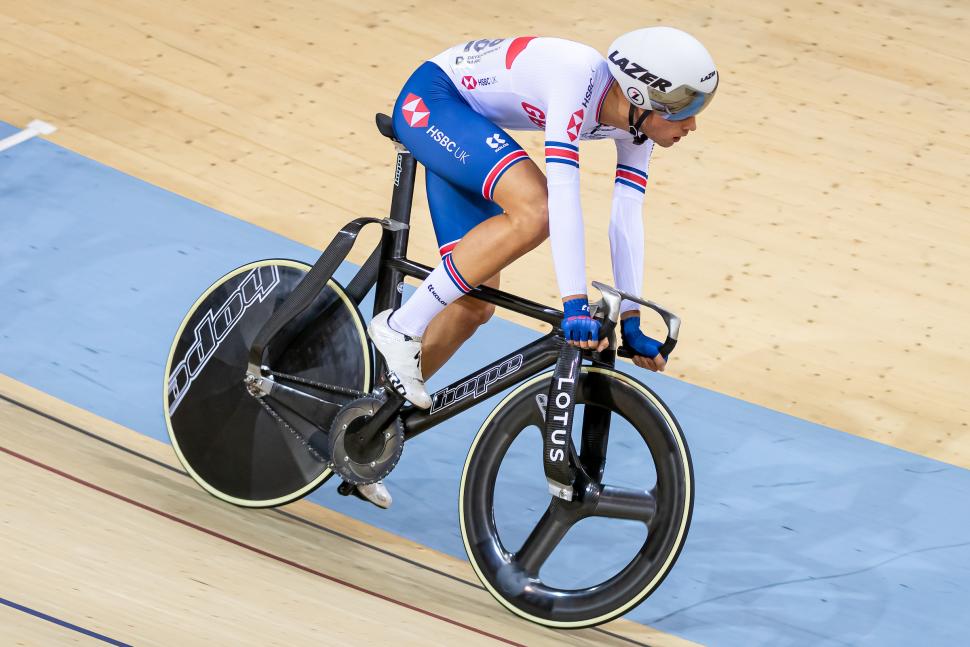 The new Lotus/Hope track bike has its first taste of race action with Ethan Vernon and Kian Emadi using it in the scratch race, and it passes UCI inspection

The Great Britain Cycling Team debuted the brand new Lotus/Hope track bike at the UCI Track World Cup in Minsk over the weekend where it got its first taste of competition at the hands of Ethan Vernon and Kian Emadi, and it also passed the UCI’s inspection. 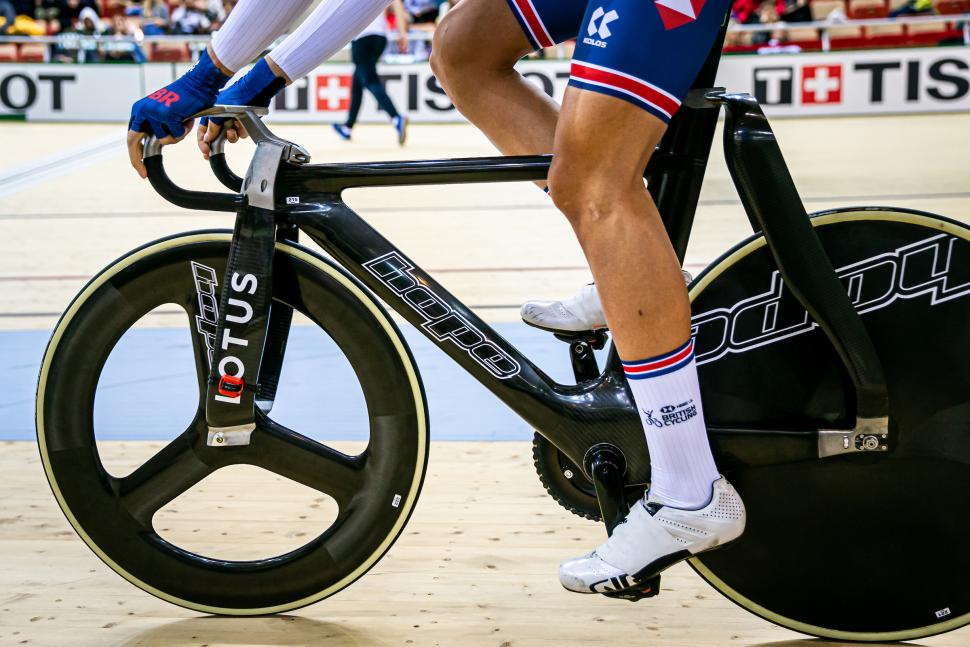 While the new bike has been rolled out for action for the first time since the big unveil last week followed by being on display at the Rouleur Classic, not all the riders are on the new bike, with Laura Kenny and others electing to stick with their Cervelo track bikes.

Speaking to British Cycling today, it’s apparent there are good reasons why not every member of the squad is on the bike. “Things are very much still in the early testing, evaluation and feedback stage, so the new bike is being introduced to the squad very gradually - it wasn’t a case of riders not electing to compete on it,” explains a British Cycling spokesperson. 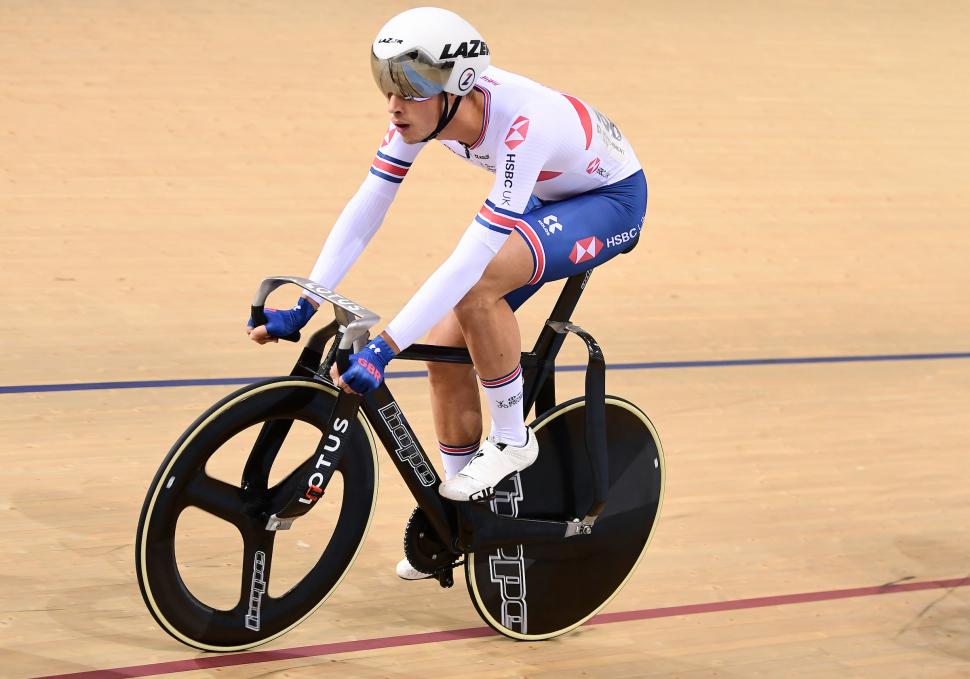 Ethan Vernon and Kian Emad are two riders aboard the new bike, pressing into it action for the scratch race. Being asked for his first impressions on the new bike, Ethan Vernon said:  “It was really good. I really enjoyed riding it. I felt fast on it, it was nice.”

“It felt good! Seeing all the photographers crowd round you before you go off, and even in the race, the European champion was just following me everywhere.” 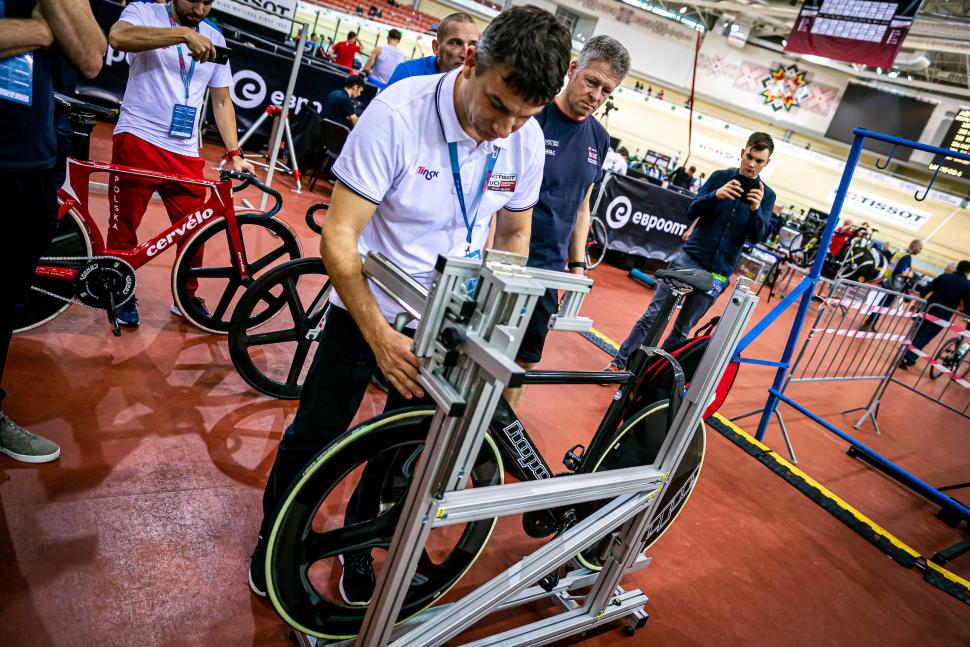 The stunning new bike has already been given the UCI thumbs up - there’s the UCI sticker on the seat tube - but it was given another thorough inspection at the track event. This is the special rig that the organisation uses to ensure the bike doesn’t break any of its strict rules governing all the key dimensions of the bike. 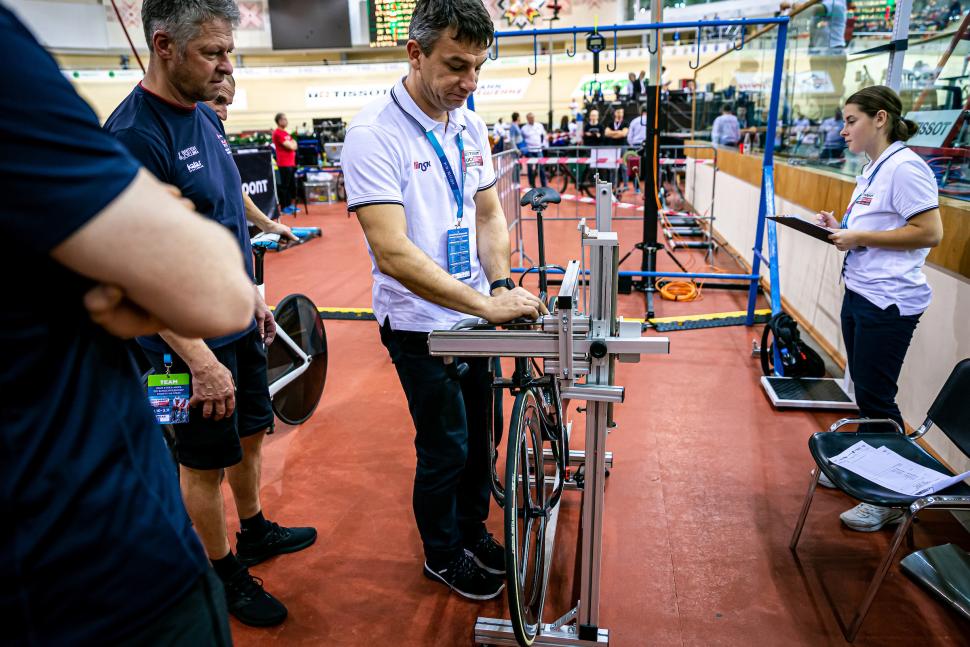 The new bike will get its next competitive outing in Glasgow this weekend.