Vaast frames are produced using 100% recyclable Magnesium Alloy, while Coh and Co of Denmark use a unique blend of stone and carbon fibres to produce more sustainable bikes. We take a closer look at their innovations
by Jack Sexty

Sustainability and protecting the environment are of course hot topics in 2019; and while cycling is infinitely better for the planet than using a vehicle powered by fossil fuels, the manufacturing process to produce bicycles isn't always so green. Ohio brand Vaast Bikes are aiming to change this with their framesets made of Allite's 'Super Magnesium', the first in the world to do so. It's 100% recyclable, breaking down far quicker than carbon or aluminium, meaning a new bike made of magnesium alloy in the future could technically be made out of material that used to exist on another bike. As magnesium is readily available on earth, it's also more sustainable to get hold of and manufacture than alloy or titanium. There are even claimed performance benefits; Vaast say their frames are 33% lighter than aluminium, 56% stronger than grade 1 titanium and 20 times better at absorbing shock than alloy. They're launching with four models (two trail bikes, a gravel/adventure model and a hybrid) and should be available through European distributors soon. Meanwhile, Copenhagen-based Coh&Co are making frames using their completely unique 'Stoneweave' production... it's literally a bike made of stone, partially at least! The manufacturing process for the frame interweaves stone and carbon fibres, which fuses them into what Coh&Co call "the world's first recyclable high performance composite resin". Co-founder Paul Harder Cohen told us that while the frame itself can't necessarily be forged into another bike frame at the end of its life cycle (like Super Magnesium), it can still be reused in other industries. The frames are also exceptionally tough, which means corrosion isn't a worry. 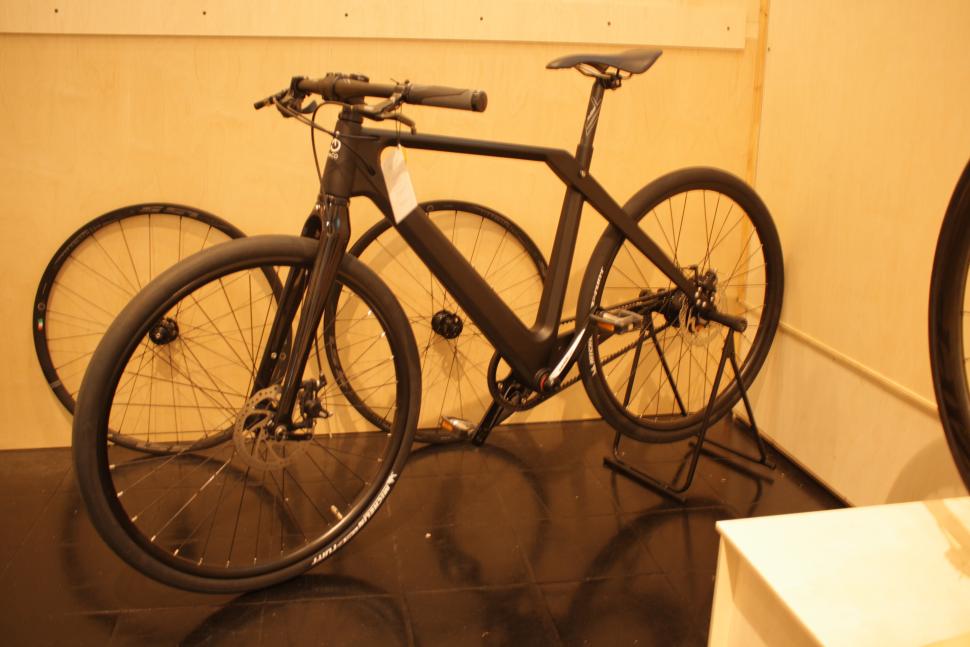 If that wasn't sustainable enough, Coh&Co also have a unique buy back agreement; each bike comes with a lifetime warranty, and after ten years you can choose to sell it back to Coh&Co. They will then either refurbish the bike and get it back on the streets, or reclaim the material that can then be used for other purposes.

Coh&Co's Erik urban commuter starts from 1,476 euros. We weren't told prices for the very tasty Campagnolo-equipped racer, but we know the frame weighs in at around 1.1kg.