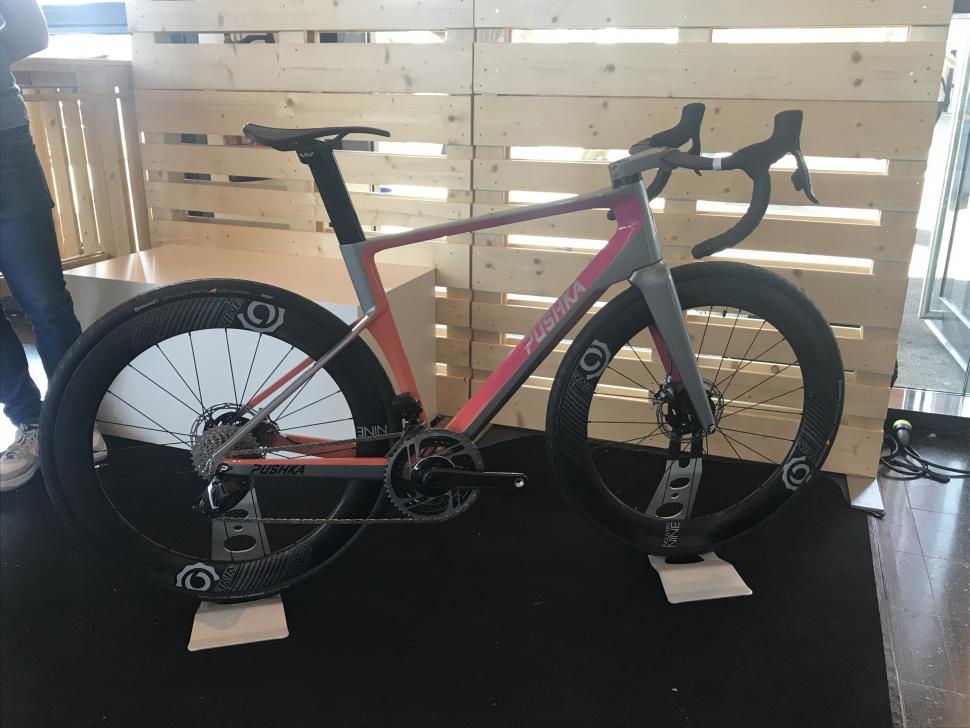 The ceaseless search for the ‘next big thing’ in bike tech often throws up some weird, wonderful and wacky ideas - here’s some of our faves from Eurobike 2019
by Jack Sexty

It's day 1 of Europe's biggest bike show, and plenty of curious bikes, clothing and contraptions have caught our eye already.

While plenty of the bigger brands are launching new products to much fanfare (such as Wahoo's new Kickr Bike), we always like to browse the smaller corners of the show for some of the more niche creations on show. Here's a few of our faves so far... 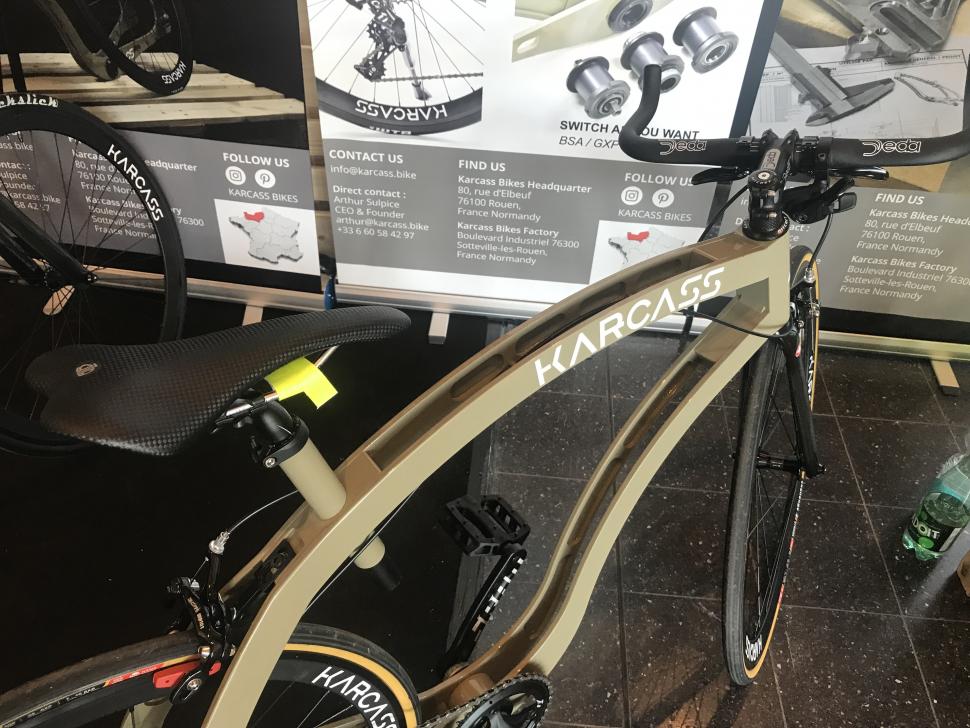 Made in Normandy, these unusual machines are handcrafted and weigh in at 12kg - impressive considering the amount of frame there is. Karcass told us it's not for going quick, more for "arriving in style"... 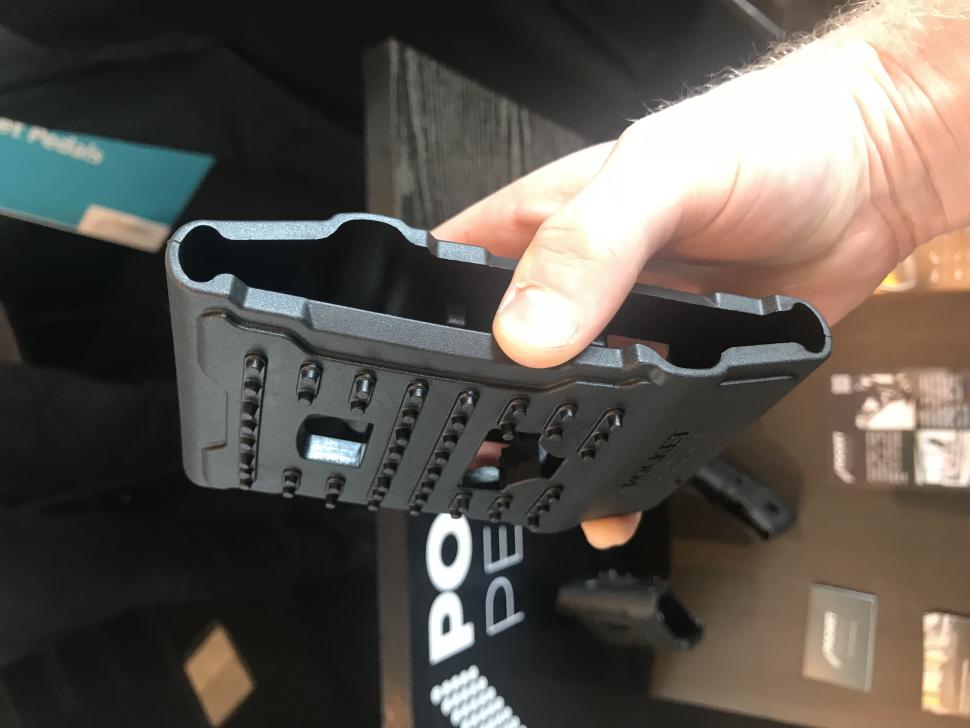 This handy device converts your Shimano SPD or SPD-SL pedals into flats, using a cover that can simply be slipped over your pedals in a couple of seconds. They're super light and it's the same one for both SPD and SPD-SL (they're double-sided), with versions for other pedal systems in the pipeline. 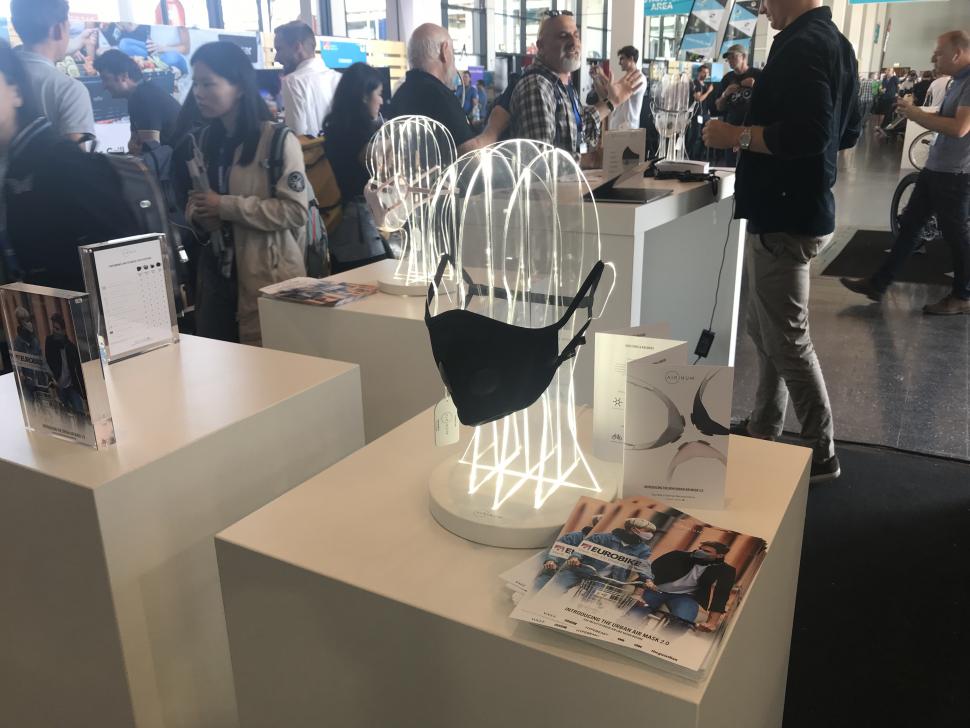 "Say hello to fresh air like never before", say Airnum - it's engineered to be super comfortable, hard-wearing and built to last. Also comes in numerous funky colours, because it's important to look cool while you're cycling in a gas mask... 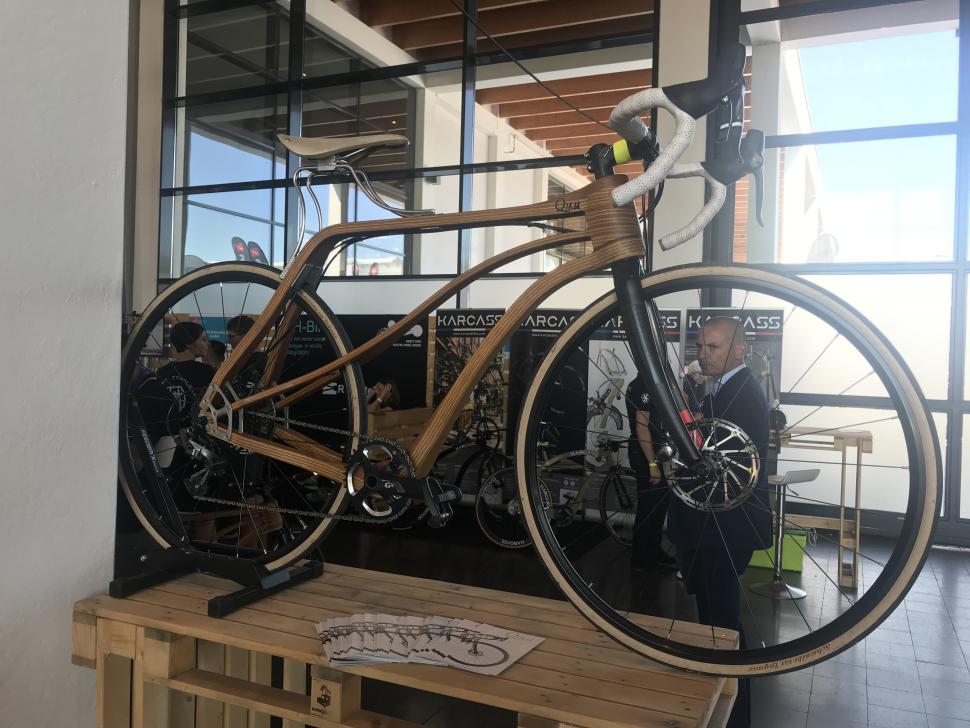 These wooden custom bikes are made with multiple veneer layers, and you can even choose your type of veneer finish when you order. They weigh in at approximately 10-12kg for a full bike, and are waterproof thanks to a special resin treatment.

It's the first custom 3D-printed Russian road bike we've ever seen, courtesy of Pushka bikes. The production versions will be made by more conventional means, so its creator tells us... 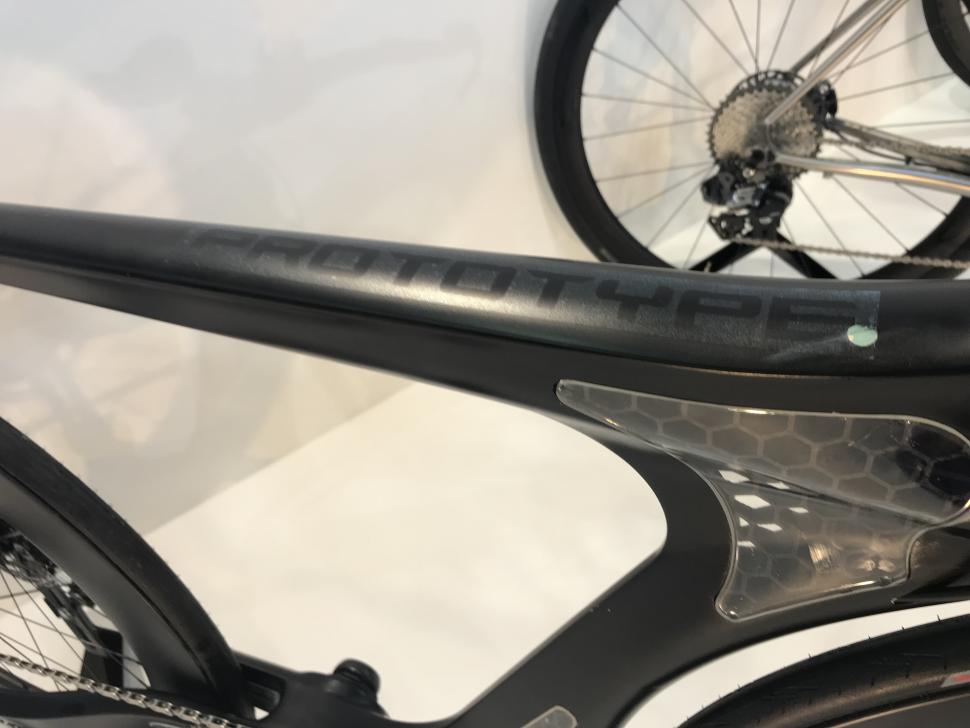 Still in prototype form, this beam bike is made using an industrial scale additive manufacturing process - Titomic say they can knock up a titanium monocoque frame in less than 60 minutes, which makes it the world's fastest automated bike frame production line. They also say the process is sustainable with 97% deposition of materials used, and the weight is the same or less than the CFRP frames. 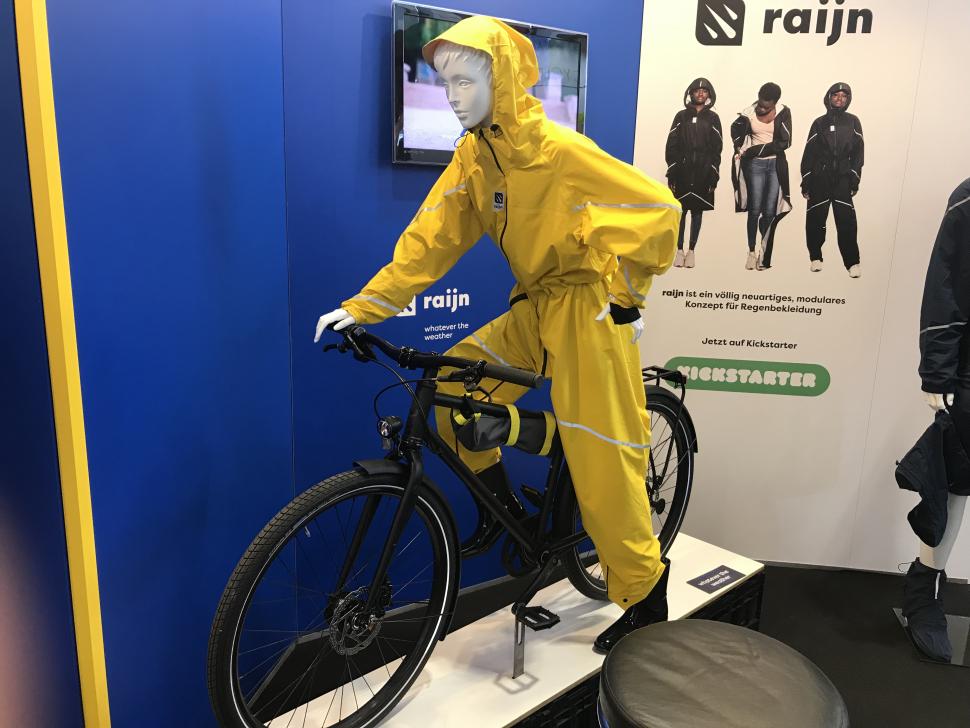 It might not be the most stylish garment in the world, but there's little doubt the Raijn will keep you dry on the bike. It also transforms into a more conventional rain cagoule without the leg bits, and it comes with a detachable waterproof satchel that you can also stash in one of the huge side pockets when not in use. 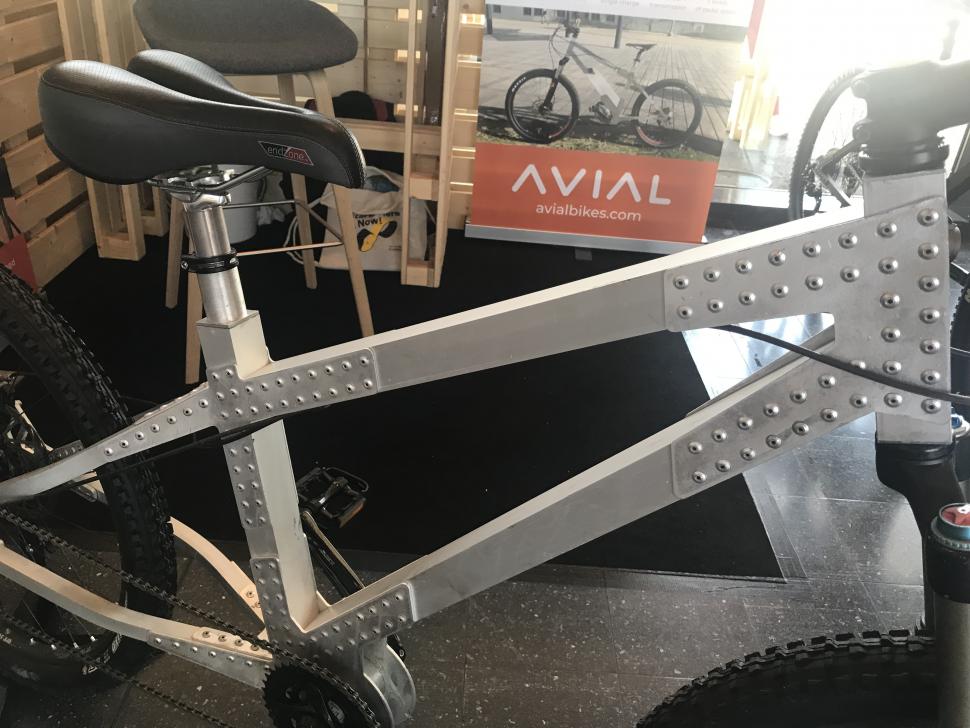 The Avial certainly looks sturdy, and it's also electric with a gear sensor built into the transmission. You get five levels of assist, front suspension and 60km off a single charge. 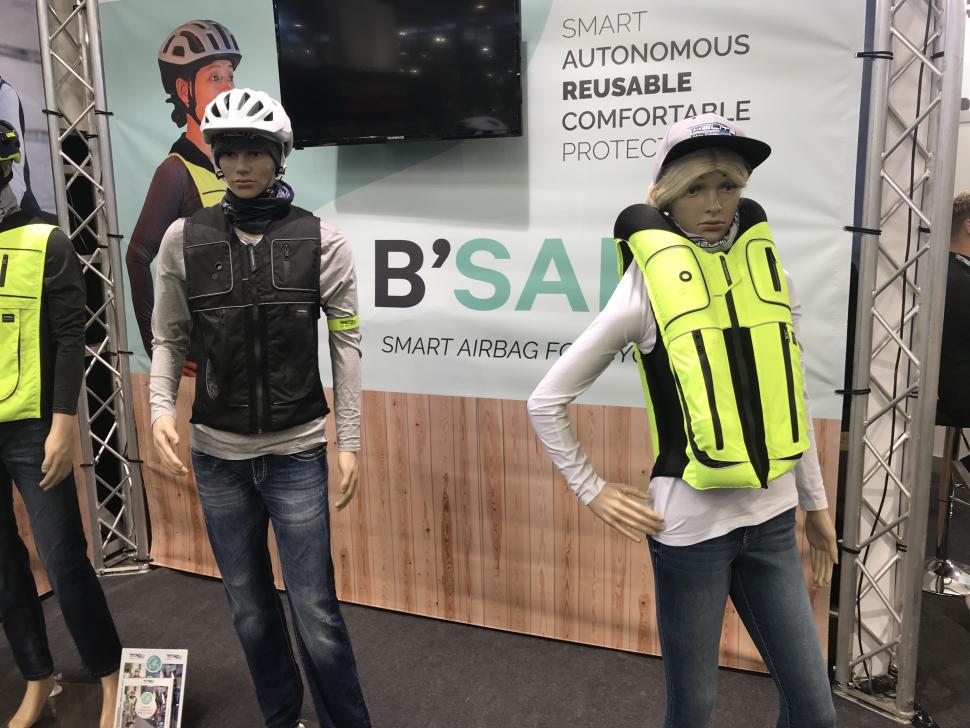 Helite have created the B'Safe, an airbag system for cyclists, that looks like a gilet but expands when it senses you're about to take a tumble. Described as a 'wearable airbag', it's reusable and detects when you've had an accident, blowing up automatically at 80 ms to protect the neck, thorax and back from impacts.