Marin has announced highlights of its 2020 range, including all-new Headlands, Lombard, Nicasio+ and Muirwoods RC models. 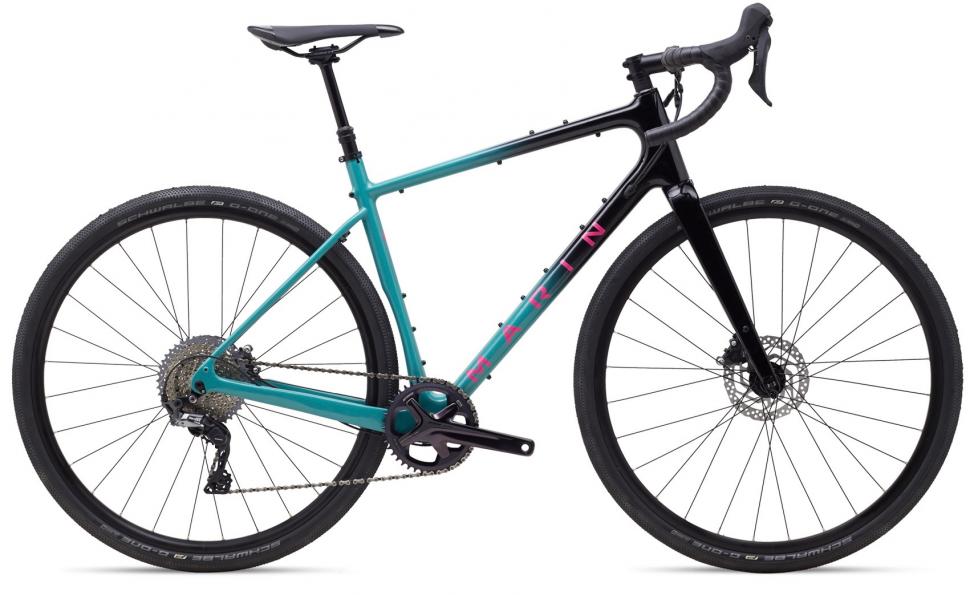 "The Headlands takes what we have learned with the alloy Gestalt X line, and brings the spirit into an all-new, full carbon-fibre frameset," says Marin.

For those who don't know, the Gestalt X bikes are rough and tough adventure/gravel bikes.

Like the Gestalt and Nicasio (see below) series, the Headlands bikes are endurance models that are designed for gravel and less well surfaced roads as well as asphalt. You get a full unidirectional carbon frame that's 1x specific, so you get short (420mm) chainstays that still have clearance for 50mm-wide tyres (if you go with 650B; 45mm with 700C).

With a lengthy top tube and short stem, the Headlands takes cues from trail mountain bikes. It has disc brakes, eyelets for mudguards, and is available in two complete builds. 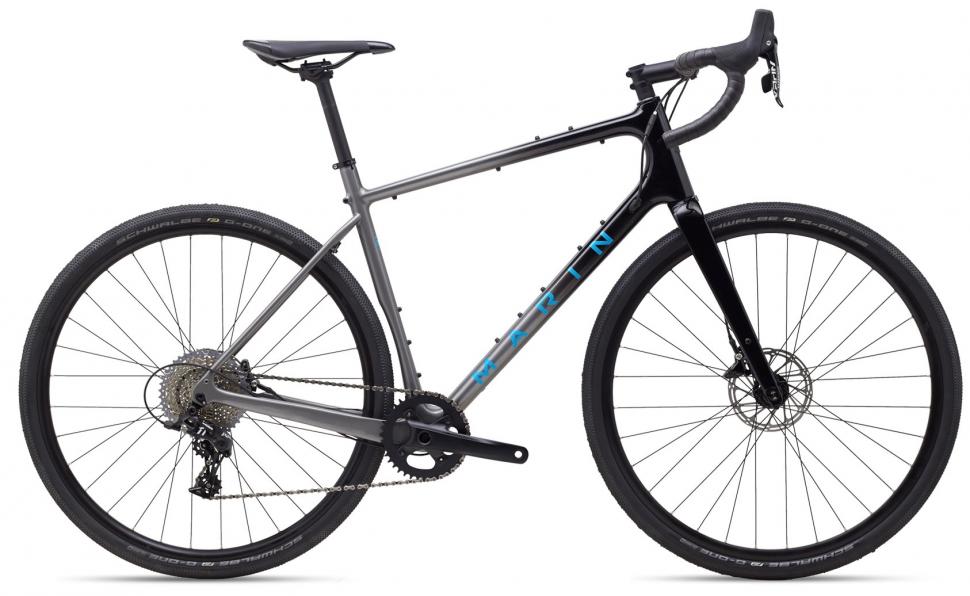 The Headlands 2 (£2,595, pictured higher up the page) is based around Shimano’s new GRX-800 1x11 drivetrain and comes with a dropper seatpost, while the Headlands 1 (£2,195, pictured directly above) uses a SRAM Apex 11-speed setup. 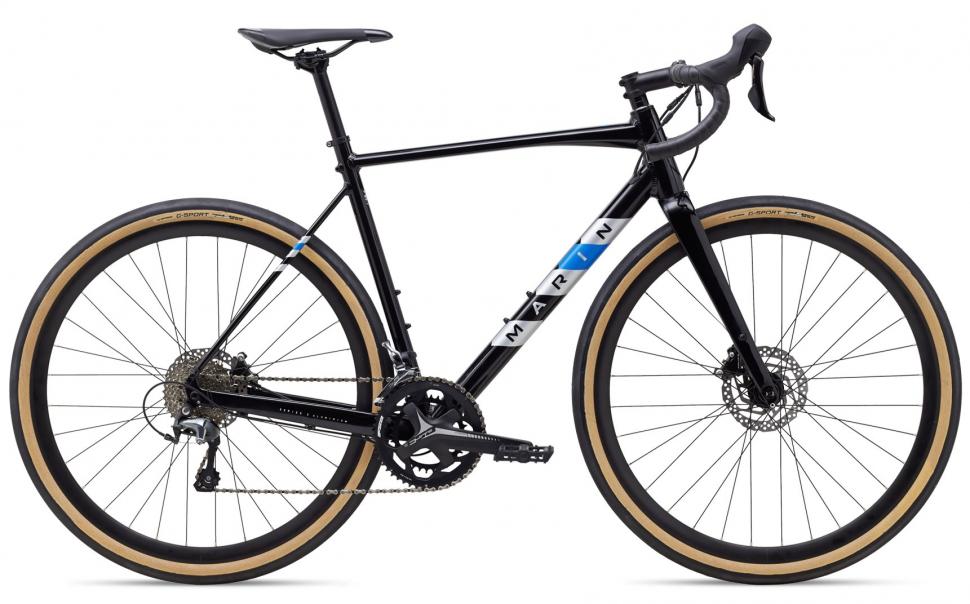 The Lombard is described as a "tough, fast rig for urban riding" that can "take abuse without blinking".

"Built-in reflectivity keeps you visible from all directions, and thanks to durable components and higher-volume tyres, you can treat the city like a playground," says Marin. 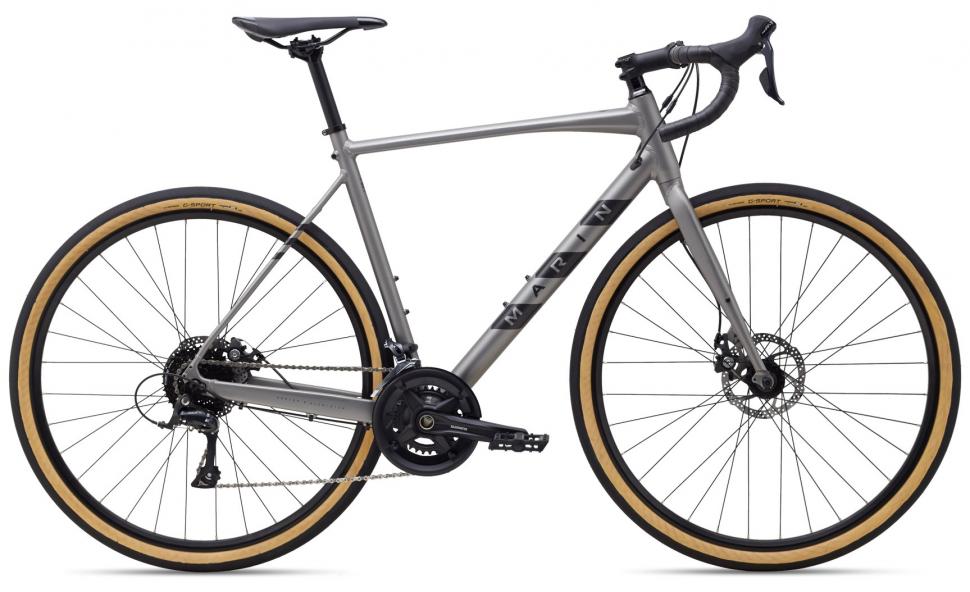 The Nicasio+ (£795) uses the same butted 4130 cromo steel frame as the existing Nicasio but it comes with a 650B wheelset fitted with 47mm-wide WTB tyres, and a MicroShift Advent wide-range 1x9-speed drivetrain. The mechanical disc brakes are from Tektro. 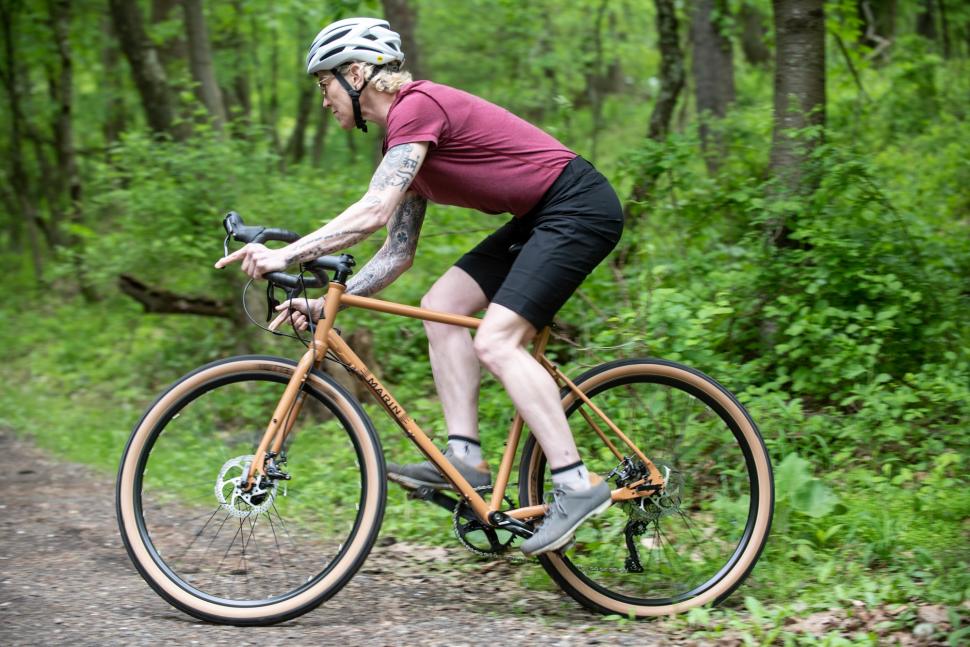 Nicasio bikes are designed for poorly surfaced tracks and roads as well as smooth tarmac. 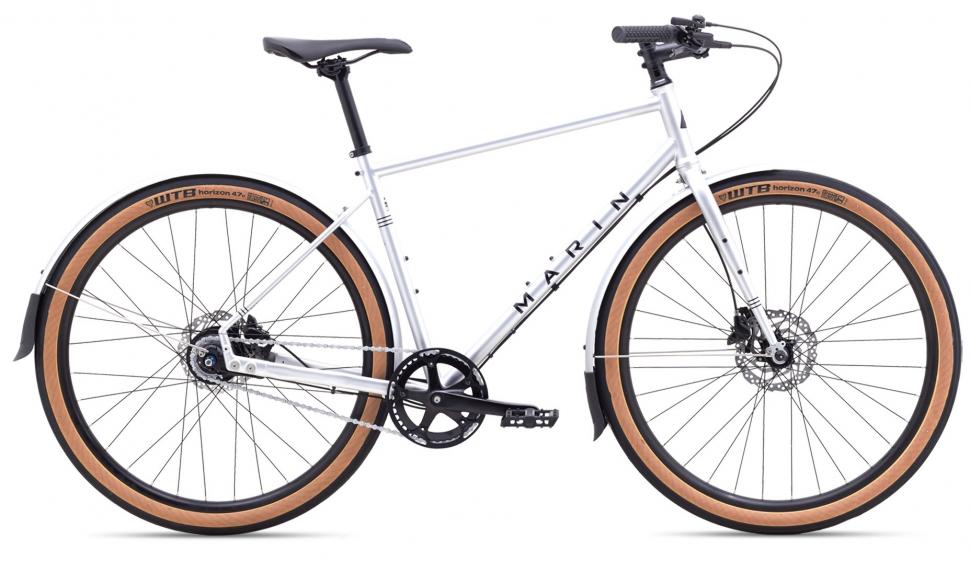 The Muirwoods RC (£845) is a mountain bike-based commuter bike built around a 4130 cromo frame that features slider dropouts for chain tensioning, an internally geared 8-speed Shimano Nexus hub, and 47mm-wide 650B tyres. 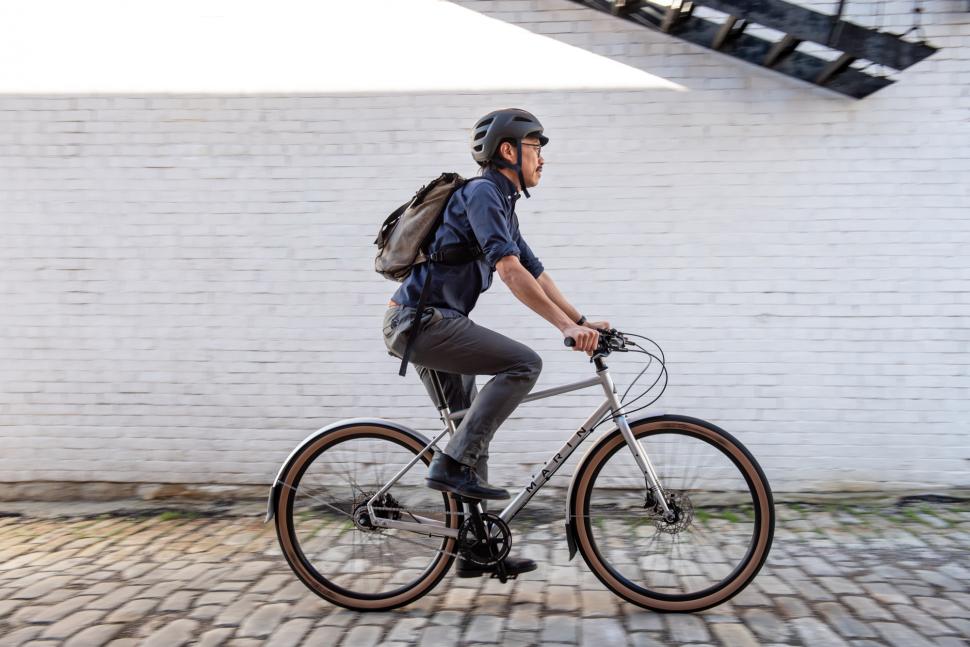 You get flat mount disc brakes and mudguard/rack eyelets.