Colnago has launched the new V3Rs today, the successor to the bike first launched in 2014, designed with input from Ferrari, and updated in 2017.

In a way, the V1-r was ahead of its time. Here was a bike trying to balance the competing demands of low weight and aerodynamics. We’re now seeing other manufacturers add aero to otherwise light 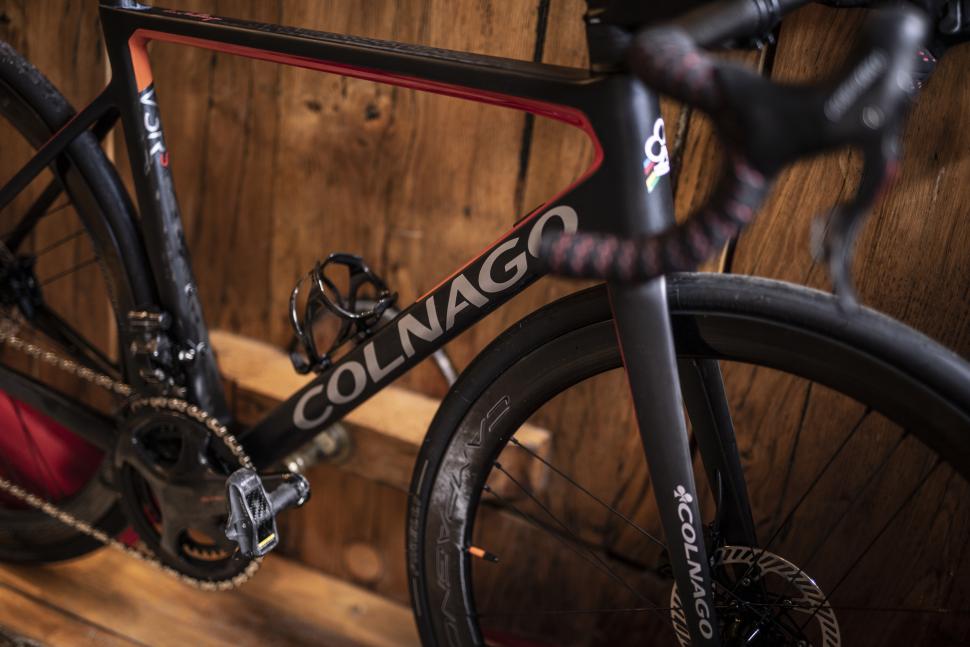 Colnago pitched it as the “perfect” all-round bike, suited to sprinting, climbing and everything else in-between. “The V project was born as a compromise between weight, stiffness and aerodynamics, and its award-winning results demonstrate the success of the product, explains Colnago. The new V3Rs has received a substantial redesign over the previous two bikes. The frame weight has dropped from 835g to a claimed 780g for a size 50cm disc frame. As well as dropping weight, stiffness has been increased to the tune of 12% in the rear triangle and 6% in the head tube. And guesswork, it’s also “vertically more compliant”. Their words, not ours. 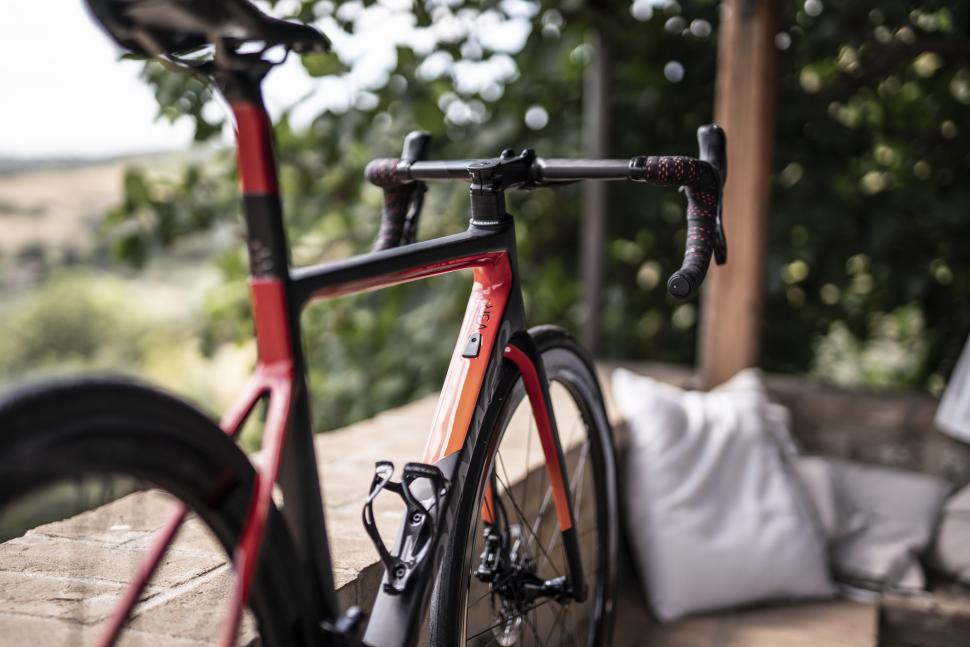 To achieve the new lower weight target, Colnago says changed the carbon fibre in the layup, but doesn’t elaborate other than to say: “we used a new type of carbon fibre to increase the rigidity to lateral flexions”. Yup, that’s what it says in the press release, we weren’t at the launch event to be able to push Colnago further on the exact details of the new carbon. 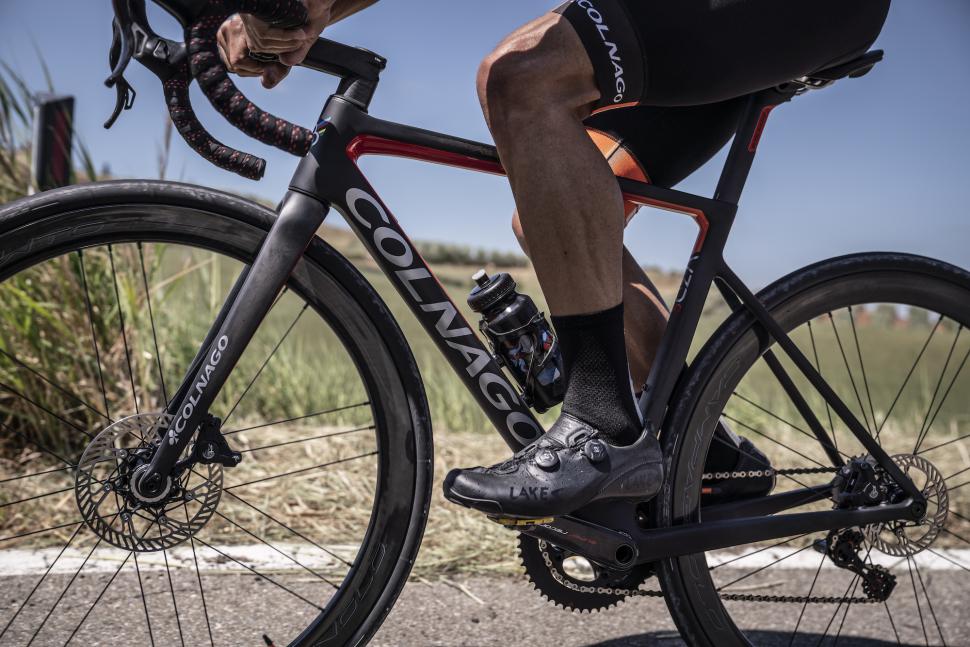 Tyre clearance has been increased to try and keep up with the trend for fatter tyres, so the new bike now takes up to 28mm wide tyres.

It’s available with a choice of disc or rim brakes. The latter using direct mount brakes, as the last model did, the disc brake version features some clever integration. The company learnt a lot developing the C64 Disc with its new handlebar, stem and fork steerer that allowed fully internal routing, and it has applied this expertise to the V3Rs. The new TFS fork and its Sr9 stem enable the cables and hoses to be routed straight into the frame, thus keeping them out of the air providing lower drag, and it must be said a much cleaner appearance.

Colnago has redesigned the fork legs too, with tyre clearance boosted and a new crown that not only improves the clearance but also increases the stiffness. It’s also lighter, with a claimed weight of 390g with an uncut steerer tube including the thru-axle bolt. Trim the steerer tube and Colnago reckons the weight comes down to about 340g. 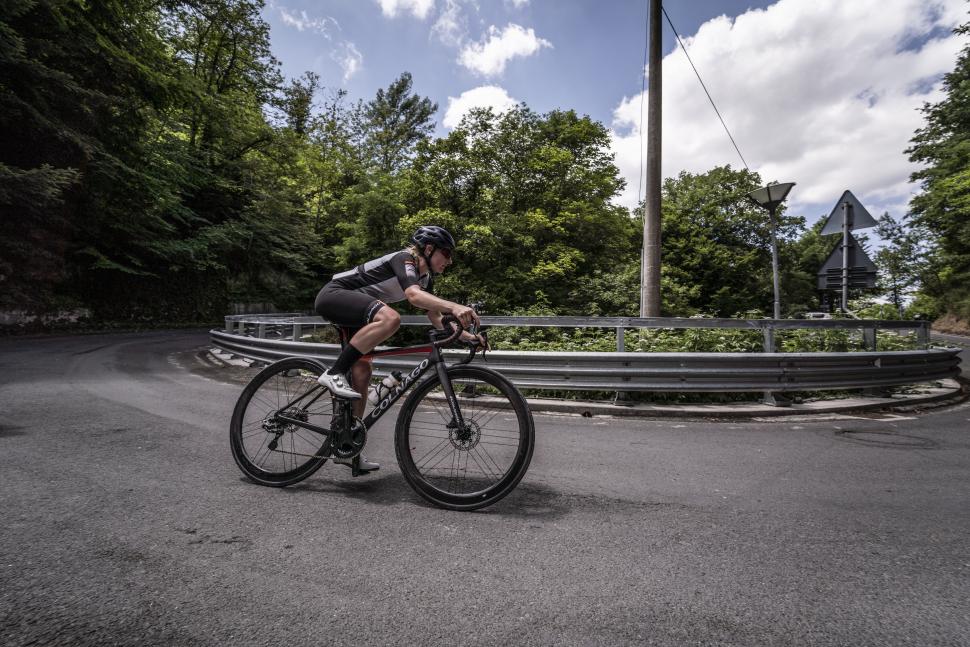 Between the new stem and frame is an evolution of the fibre-reinforced plastic cups first seen on the C64. The idea is to use to an elastomer type material to give a tiny amount of vibration damping quality at the handlebars, just to help smooth out the roughness of today’s crap roads. 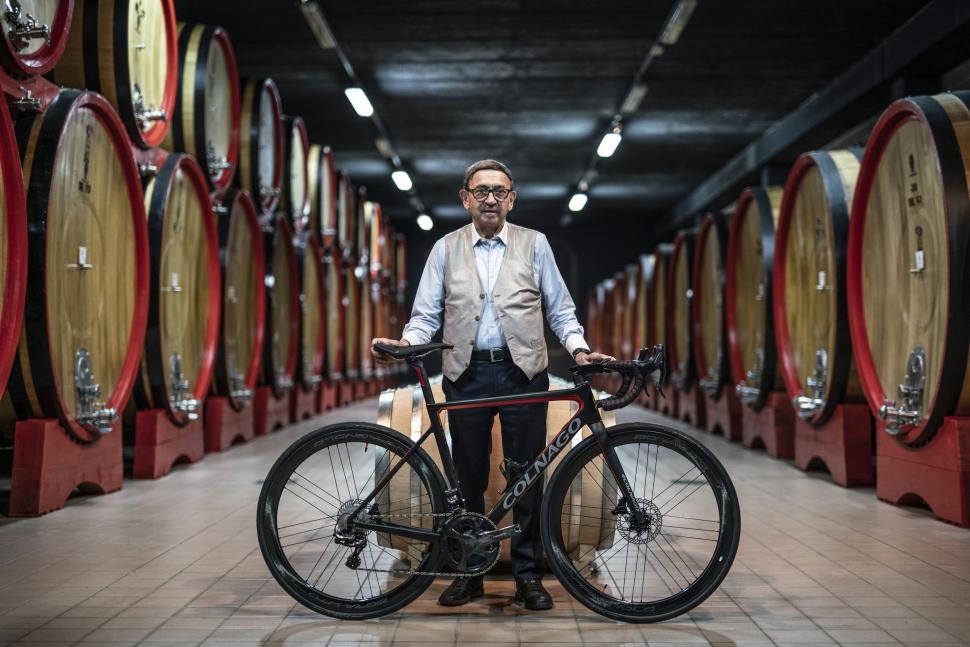 At the opposite end of the frame, it has overhauled the seat clamp. Never has such a humble part of the bicycle frame been the centre of so much attention than in recent years. Colnago has developed an “upper-pull” clamp with no fixed wedge, the bolt accessed from the top of the top tube, which is claimed to provide a bigger range of operation as well as being lighter and smaller. 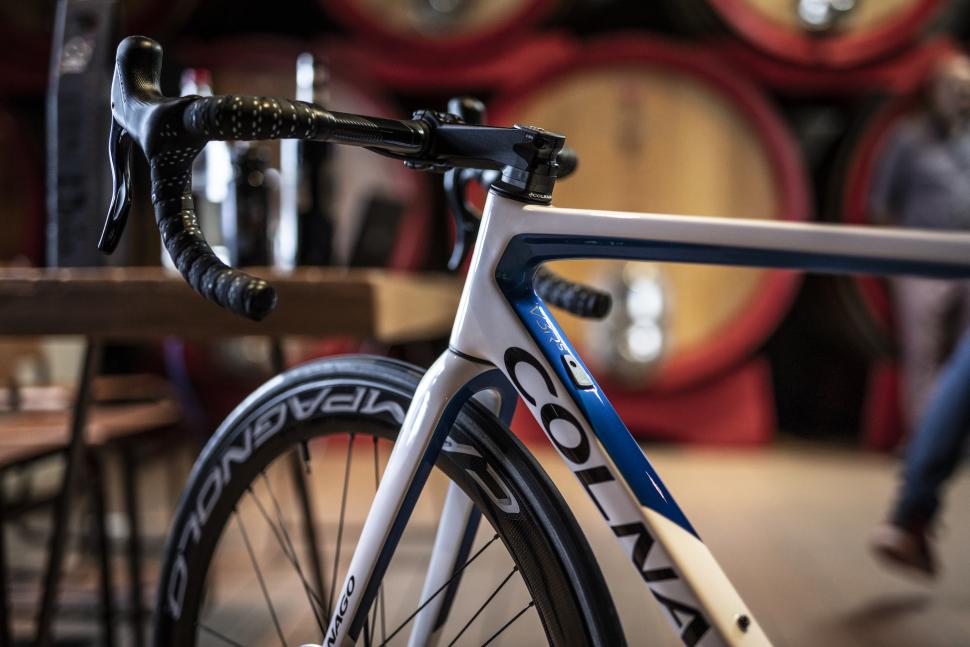 Geometry has been revised a little over the previous bike. Because the new fork is longer, for the increased tyre clearance, the head tube is now shorter. It has also tweaked the reach on each size to give a better balance across the size range. It has also lowered the bottom bracket, which it says is to enhance the handling when used with wider tyres, which are not only wider but also taller.

There are eight frame sizes to choose from, starting from 42 and rising to 58. Here’s the geometry chart: We don't yet have details of availability or pricing, we have asked, so as soon as we know we'll update this article.