Could this be one of the lightest disc brake road bikes in full production? Canyon claim this new Ultimate CF Evo build with a SRAM Red AXS groupset comes in at under 6kg, and it will set you back £9,099...
by Jack Sexty

Canyon have launched the new Ultimate CF Evo Disc that they claim weighs under 6kg - making it one of the lightest disc road bike you can buy without going down the custom route.

Six of the lightest road bikes

Canyon have plenty of previous when it comes to challenging the scales, creating a prototype bike weighing a mere 3.7kg way back in 2004. They were also the first to get a hydraulic disc brake road bike down to the UCI's weight limit in 2006, but fast forward to 2019 and their latest weight-weeny effort isn't just light for lightness' sake - it's properly rideable with widely available components. A combination of ultra-high modulus and ultra-high tension carbon layups have allowed Canyon to get the frame weight down to 641g. Small modifications lead to tiny shavings of weight elsewhere, such as a front mech mount integrated into the carbon construction to save 7g and a titanium seat clamp as opposed to steel on the regular CL SLX to save just 3.5g - but it all adds up, of course.

Other small weight savings include lighter aluminium thru-axles, and luxurious component choices such as the 120g Schmolke 1K carbon seatpost and Selle Italia's SLR C59 saddle, which is a silly light 61g. 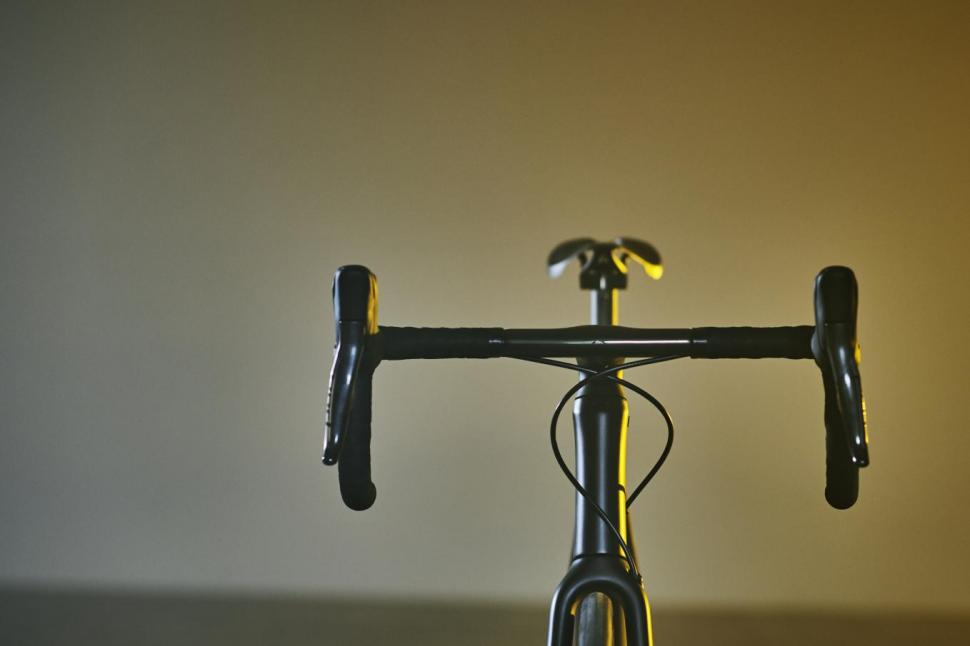 The Canyon Evocockpit CP20 one-piece bar and stem combo weighs in at 270g, using the same UHM and UHT fibres as the frame for a fine balance between aero and stiffness. The wheels are the 25th anniversary edition DT Swiss PRC 1100 Didcut carbon clinchers, with Continental Grand Prix TT tyres included to save weight over an all-round road tyre. The groupset is SRAM's new Red eTap AXS 12 speed system, that comes in at 2,518g for the whole electronic wireless ensemble. 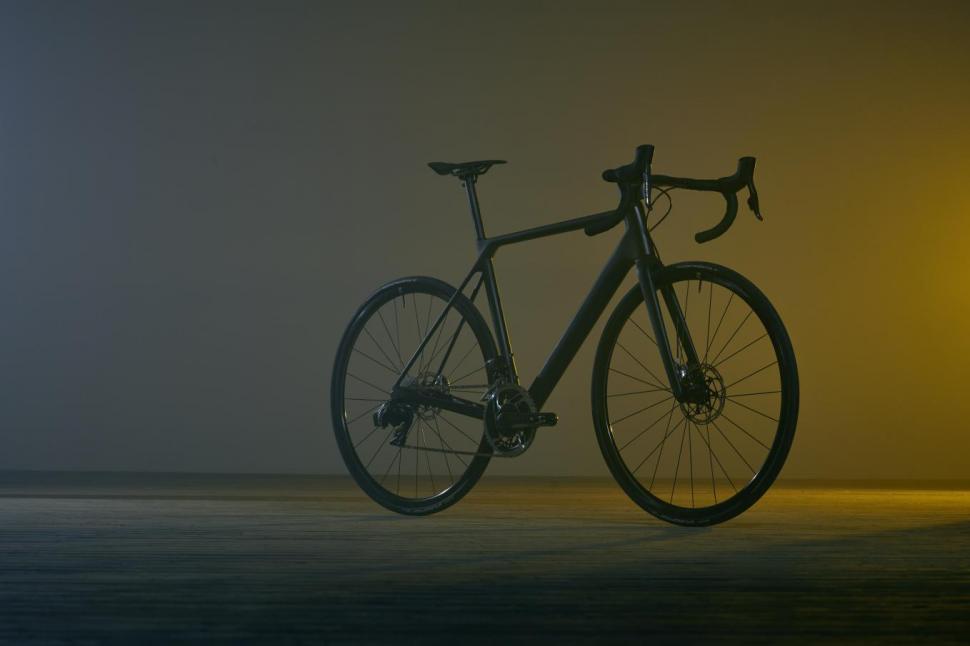 While it's not the lightest disc brake road bike ever made - Cannondale customised a Supersix Evo that came in at just 5.67kg back in 2015 - it might be one of the lightest you can buy 'off the peg' assuming you have nine grand to spend. We asked Canyon about the 'under 6kg' claim, and they've responded by telling us that a medium weighed in at 6kg on the nose - so technically only the small and XS frame size options wil be under. Head over to the landing page on Canyon's website for more info.