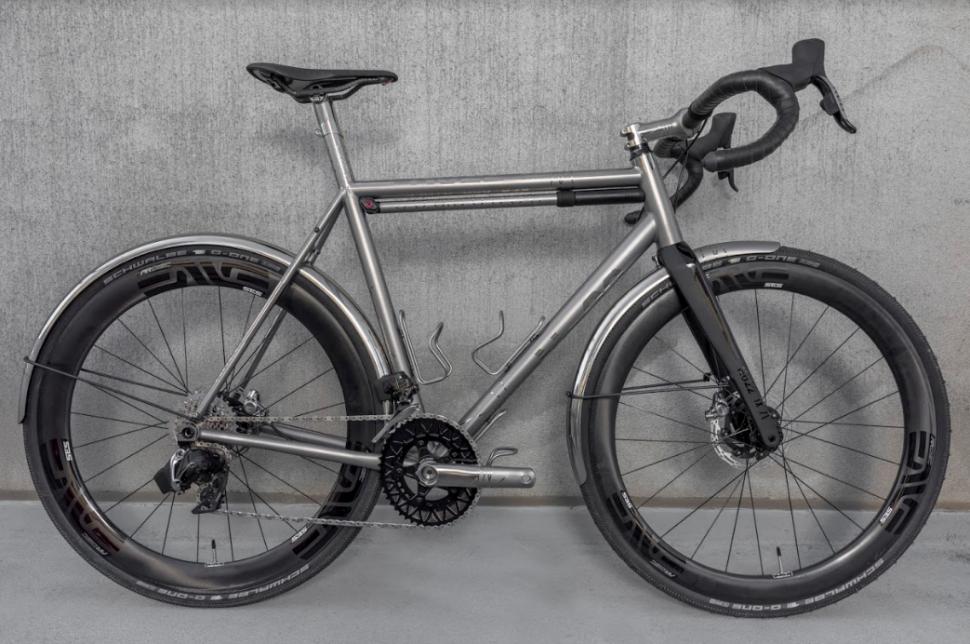 No. 22, the 2019 NAHBS Best in Show winners - photos and interview with co-founder Mike Smith

We take a closer look at No. 22's award-winning new Drifter X titanium gravel bike, and their new No. 6 component brand...
by Jack Sexty

Titanium specialists No. 22 of Canada have continued their run of success at the North American Handmade Bicycle Show (NAHBS) this year by scooping the Silca Incorporated Build, Campagnolo Best Build and the coveted Best in Show Awards. Highlights were their new race-orientated Drifter X gravel bike and the launch of the new carbon components brand, No. 6 Composites. 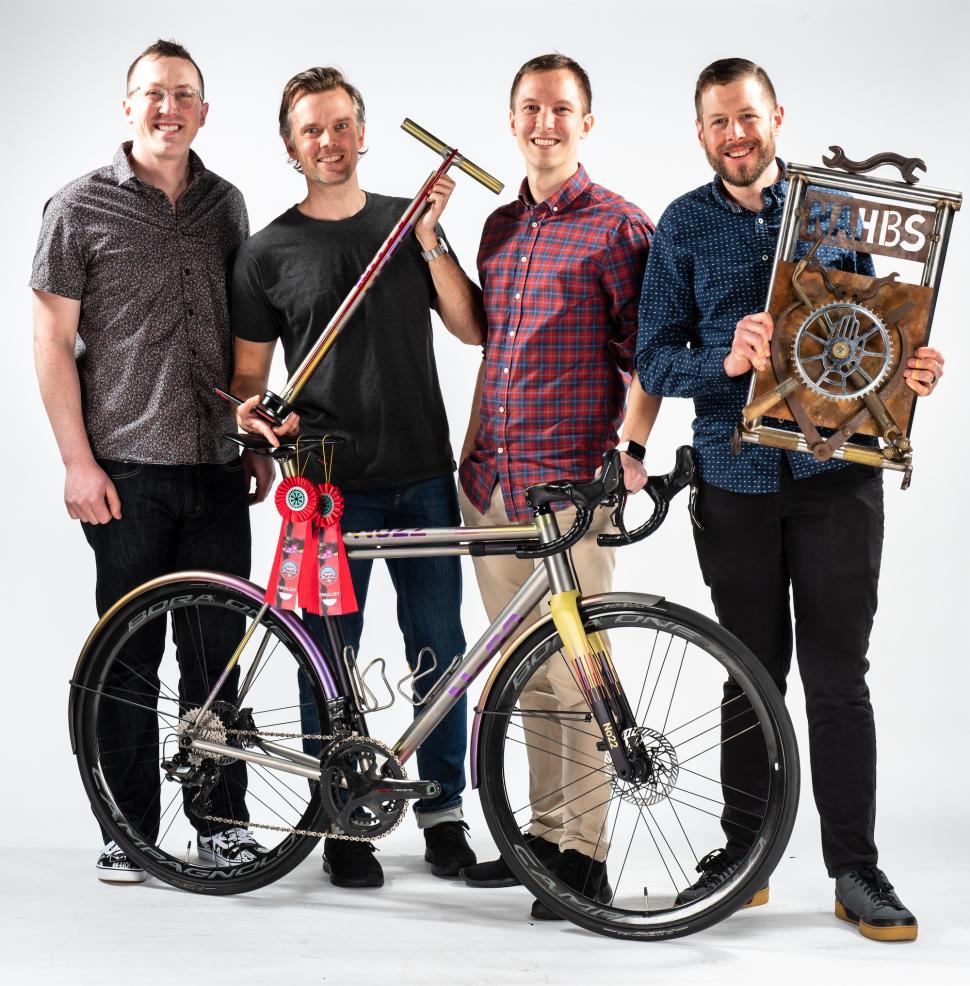 The Drifter X was dressed with the new Campagnolo Super Record EPS groupset and iridescent Ti mudguards at the show. No. 22's co-founder Mike Smith gave us some insight into the brands journey from unknowns to multiple award winners:

"It's been a pretty humbling journey. We've been around for seven years now, but we still feel like upstarts in our little corner of the industry. Since we started, every person at No. 22 has been super focused on the tiny details of how to make a better - in the construction process, in ride quality, in durability, and in finishing. 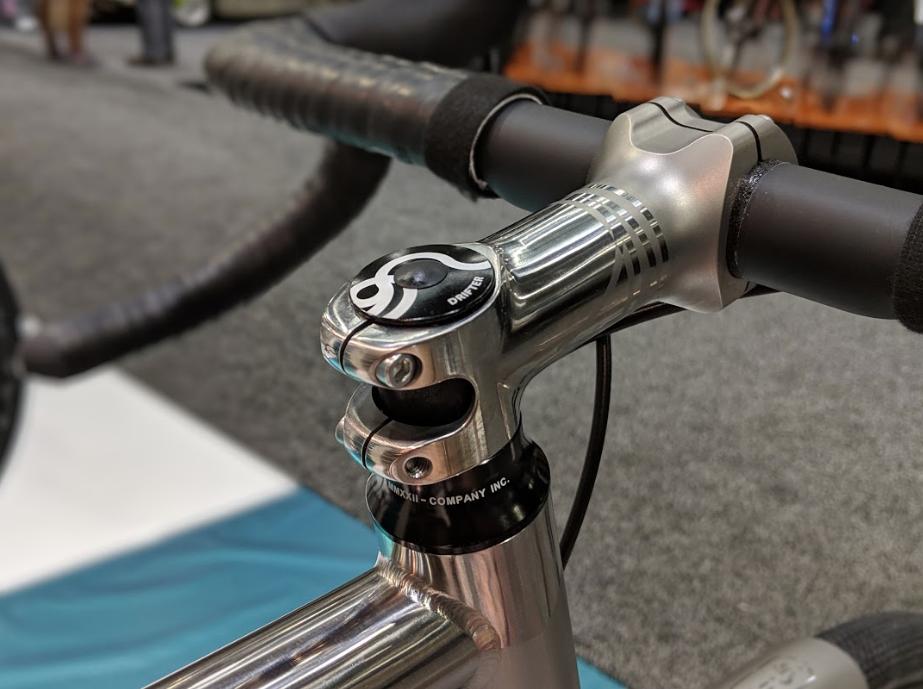 "Sometimes it feels like we've all got our heads down, and when we pop up at a show like NAHBS we're all pretty overwhelmed by the reception. Our first NAHBS was in 2015, and since then we've attended every year. For a long time it really felt like nobody had ever heard of us, and I think that's still how I think of it. I say hi to somebody, and start explaining who we are and what we do. This year seems to have been a massive shift; I'd start the conversation, and so many people - especially other builders that I have admired and looked up to for years - would cut me off with "of course, I know all about what you guys are doing." It's such a fundamental shift from obscurity to recognition that I think it's taking us all a bit of time to get used to it." 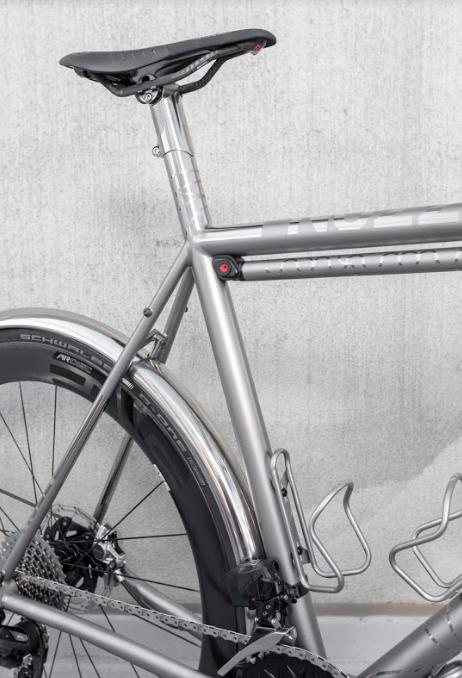 The Drifter X was launched as a more race-focussed take on the Drifter gravel bike. Flat mount disc and thru-axles feature as standard and No. 22's own tapered fork and headset, and although tyre clearance isn't as huge as the Drifter it's still a generous at a max of 45mm. Giving up some clearance has meant the handling has been sharpened up a little, with a shorter rear and a lower bottom bracket drop. The front end has been lowered by speccing a shorter gravel fork which has allowed for a little more drop when riding in an aggressive position. Smith says: "Overall, this is a gravel bike that is going to be most fun in a fast ride on mixed surfaces. The additional benefit is that on the road, this handles more like a fun road bike than a slightly more ponderous gravel bike.

"If you're willing to give up running absolutely massive tyres that a bike like the standard Drifter allows, the Drifter X will reward you with crisper handling, a slightly stiffer ride quality and a more aggressive position." 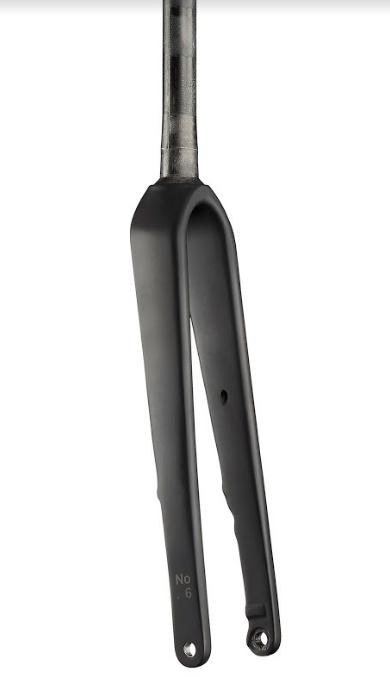 No. 22 also launched a carbon component sub-brand at NAHBS... No. 6, which you may have second-guessed if you know your atomic numbers. The idea was to develop shorter forks with greater tyre clearance to allow framebuilders to get aggressive with their road and gravel bike geometries: “We developed these new forks because they didn’t exist for us when we were building our own bikes and looking for components,” says Smith.
“These forks will help us design even better bikes with incredible handling capability. We  figured we should share our creations with other framebuilders, so that they can do the  same.” 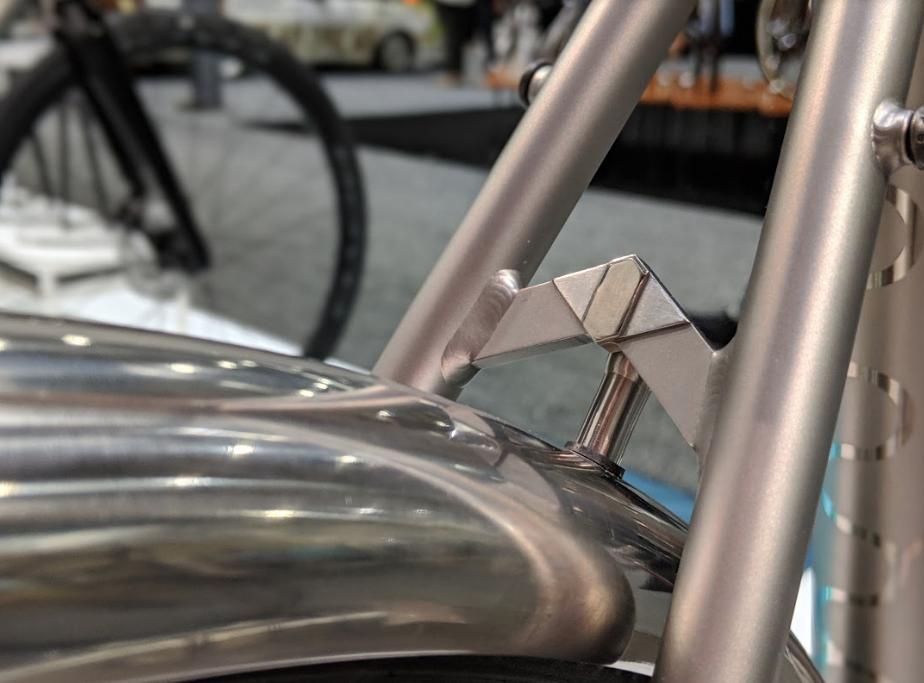 If you have a taste for No. 22's titanium then the good news is that they have a UK dealer - Bicycle in Richmond (No. 22 say they're also happy to take orders directly from UK customers not within easy reach of London). We don't have UK prices confirmed, but the price of the Drifter X in USD is set at $4,299 for the frame and $4,699 for the frameset, and No. 22 also do made-to-order and off the peg build options. The No. 6 gravel and road disc forks are $450 and the rim brake fork is $360.