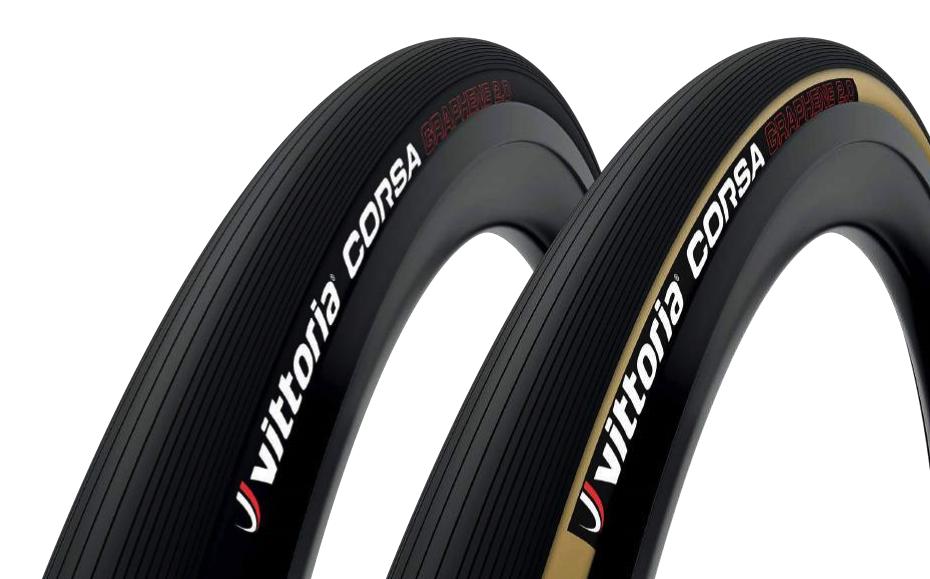 A couple of years ago Italian tyre brand Vittoria was the first to add wonder material graphene to its tyres, and for 2019 it has launched the second generation compound Graphene 2.0, along with adding tubeless options for the first time.

The headline claims make for interesting reading. Vittoria reckons the new Graphene 2.0 compound provides 40% reduced rolling resistance, 30% improved grip and 40% improved durability. Impressive claims indeed, and they are just that, claims, we can’t vouch for these numbers until we get them in our hands and put them through our own testing.

As with its original tyres launched a few years ago, the compound is manufactured by combining four materials with the special sauce being graphene, but it’s now better integrated into the compound which offers the impressive performance gains listed above. The graphene is used to fill in space between the rubber molecules according to Vittoria, which it claims improves the performance of the compound in a number of ways. 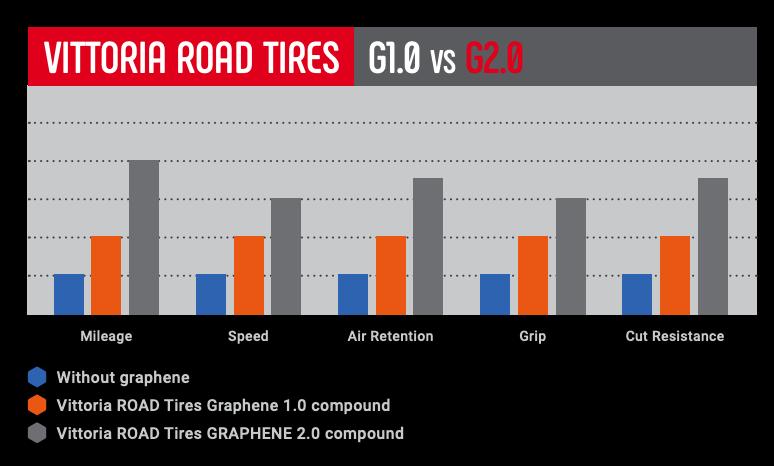 “Graphene 2.0 (G 2.0) takes the original Graphene compound foundation that Vittoria built, and functionalizes the advancements in performance, for each specific application.  In other words, where the first generation of graphene compounds raised the bar evenly, Graphene 2.0 pin-points each performance metric and increases it disproportionally to the rest. Vittoria is now able to apply Graphene in such a way that it can achieve a performance boost specifically for speed, wet grip, durability, and puncture resistance,” explains the company in its press release. 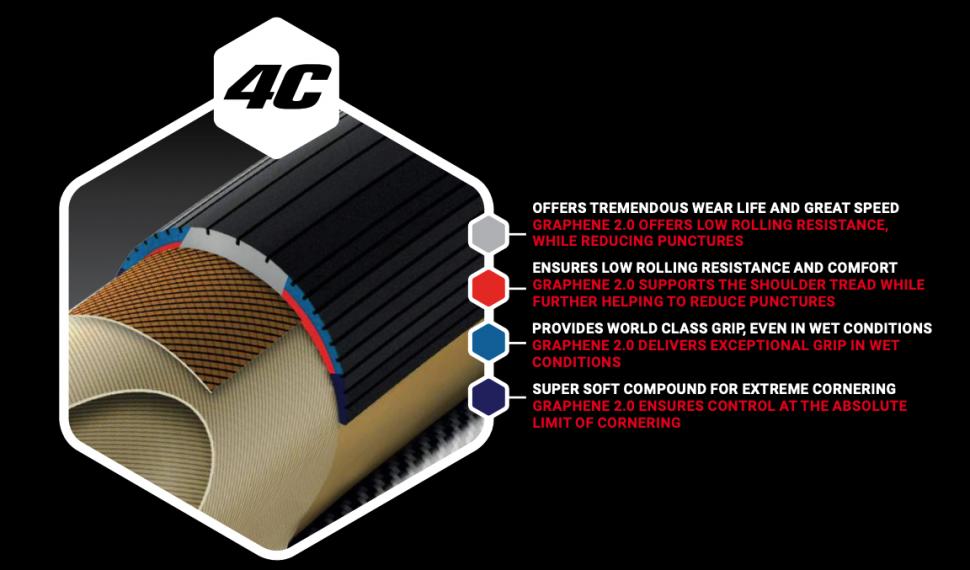 Vittoria is apparently also the only company to combine four compounds in a tyre, which it does to try and achieve the best balance of rolling resistance, cornering grip, braking performance, durability and puncture protection. It layers different materials with a separate base and outer surface compound, with different centre and side tread area compounds, which lets it “fine-tune the flex of the tread base and tread surface area separately” and using harder compound exactly where it’s needed most.

- 32 of the best road cycling tyres

The other big story here is that fact that they are now tubeless. This is good news for tubeless fans as it’s another high-quality choice. I’ve been highly impressed by the Corsa tyre, running a pair of 28s on a Cannondale Synapse for the past year, and the only bad thing I can find to say about them is that they aren’t tubeless because yes, I do like tubeless tyres (anything to avoid getting a flat tyre on a ride).

Vittoria is rolling out the new compound in the Corsa, Pista, Triathlon, Rubino and Zaffiro product lines. The Corsa, Corsa Speed and Corsa Control are now also offered with a tubeless-ready version, a first for the Italian company, alongside a regular clincher and tubular version.

Each tyre uses a familiar cotton casing to provide a very supple ride with the tread featuring the distinctive thin bands. The tubeless version uses a new bead material called Zylon which is intended to provide the necessary air retention on the rim. It also includes a breaker material under the tread to reduce the risk of punctures.

The tubeless (TLR) version comes in 25 and 28mm widths and weighs a claimed 290g and 310g respectively, a small increase over the 255g and 270g weight of the regular clincher tyres. The clincher and tubular versions also included 23 and 30mm width options.

The Corsa Speed is built for time trial applications. We didn’t know this, but apparently, this tyre won all the time trials of 2018 Tour de France, Giro d’Italia and Vuelta a España. It uses the lightest casing and thinnest tread to maximise speed, at the obvious loss of durability and puncture resistance, hence why it’s best suited to TTs. It’s offering in clincher, tubeless and tubular versions in widths from 23 to 25 and weighs 200g in its lightest incarnation. 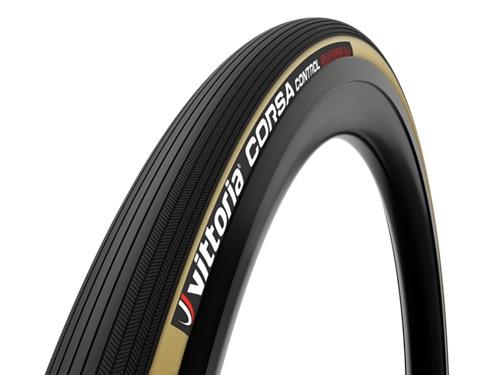 The Corsa Control is designed for dealing with rough roads and is intended for pros to use on cobbled races like Paris-Roubaix. It was ridden to victory in the 2018 Strade Bianche and survived the punishing gravel roads thanks to a thicker tread which boosts the puncture protection. It is also now offered in a tubeless version in 25, 28 and 30mm widths, alongside the existing clincher and tubular variants. The 30mm tubeless tyre weighs a claimed 320g, just 40g heavier than the clincher version. 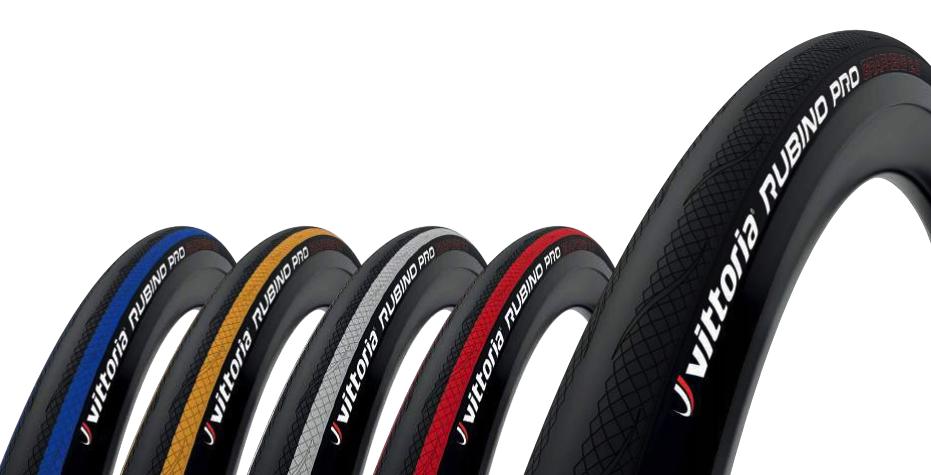 The trusty Rubino Pro is also built using the new Grapene 2.0 compound and there’s also a new tubeless version, in a choice of 25, 28 and 30mm widths. The Rubino Pro also comes in a range of colours including blue, white, red and yellow stripes if you want to jazz up your bike.

Vittoria has also launched a new line of carbon wheels, we'll have more details on them soon, plus hopefully, we'll get our hands on the new tubeless tyres to test. More at www.vittoria.com