Tyre manufacturer Vittoria has embraced the latest materials technology, incorporating graphene - a thin sheet of carbon just one atom thick and which is the strongest material in the world - into its latest range of 2016 tyres. 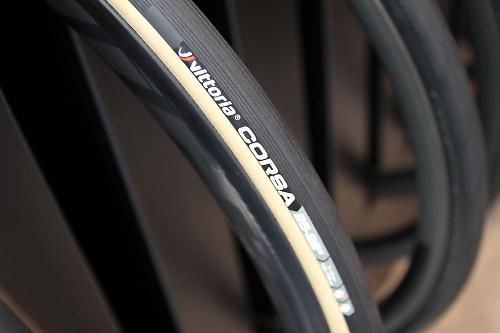 There are nine tyres featuring graphene in the company's road range. They include the Corsa Speed in a tubeless or tubular version at the top, a Corsa in clincher or tubular in the middle, and five Rubino clincher tyres at the more affordable end. We’ve just received the new Corsa clincher tyre for testing. It's a 23mm tyre, but 25 and 28mm are available too.

The magic is in the rubber. Vittoria has worked with Directa Plus, an Italian manufacturer of graphene, to develop its line of new tyres, which the company boldly claims means it is now “an innovative leader in the cycling world”.

But hang on a minute, what is this graphene stuff? In Vittoria’s own words, it’s a “revolutionary material in the form of a very thin, nearly transparent sheet of pure carbon.” 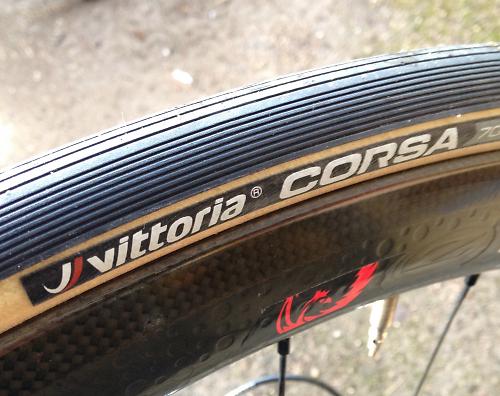 Graphene is a form of carbon fibre that is the thinnest and strongest material yet known to man. It’s harder than a diamond, 300,000 times stronger than steel and extremely light. And it’s just one atom thick. Vittoria uses graphene called G+, which is two to eight atoms thin.

But what are the benefits for cycling tyres you ask? Vittoria claims it offers more grip in the wet, more puncture resistance, better durability and lower rolling resistance, as much as 19% in the Corsa, and up to 40% in the more expensive Corsa Speed. Sounds like all of the things you want in a tyre.

It was discovered in 2003 by Andre Geim and Konstantin Novoselov - they won the 2010 Nobel Prize in Physics for the discovery.

“It's the thinnest possible material you can imagine. It also has the largest surface-to-weight ratio: with one gram of graphene you can cover several football pitches... it's also the strongest material ever measured; it's the stiffest material we know; it's the most stretchable crystal. That's not the full list of superlatives, but it's pretty impressive,” said Andre Geim in an interview with Nature magazine.

Here's a good video explaining what graphene is:

The Corsa is constructed with a cotton carcass and uses four compounds of rubber in the tread, to provide the best balance of speed, grip, durability and puncture protection. The sidewalls are Kevlar reinforced with Corespun 320 TPI technology.

It’s an open tubular tyre, which means it is made with the same process used to produce a tubular tyre, but isn’t obviously sewn around an inner tube. That also means the tyre is handmade too. We’re waiting for UK prices and availability to be confirmed.

On the scales the tyre weighs 240g, not super light for a racing tyre but a good weight for an all-round tyre which the Corsa is. I’m going to fit the tyres to some wheels and test them over the coming weeks, and I’ll let you know how I get on. 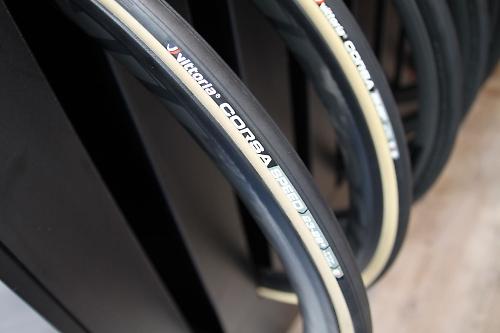 Bicycle Retailer reports that last year the total market for graphene in all industries last year was $9 million, but its potential is considered enormous. Is this just the start of the graphene era? Could be see many more products enhanced with graphene in the near future. Could bicycle frames and forks be next to get the graphene treatment? Time will tell