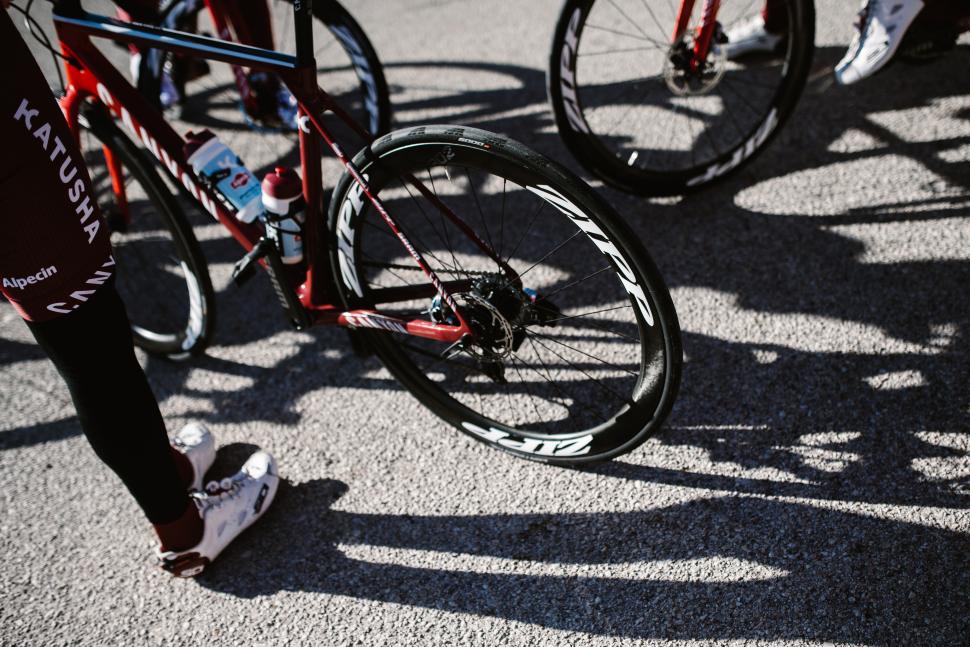 Katusha switches to disc brakes in 2019
by David Arthur @davearthur

The disc brake rollout in the pro peloton hasn’t gone as smoothly as the bike and equipment manufacturers would probably have liked, but Katusha Alpecin pro team has just announced the entire team will race disc-equipped bikes in 2019.

That’s according to a press release from its bike sponsor Canyon, and follows the first winter training camp in Mallorca where all 24 riders were on disc-equipped  Ultimate CF SLX and Aeroad CF SLX race bikes using SRAM Red eTap groupsets.

No team has made such a commitment to disc brakes before. Some teams have dabbled (Cannondale at Strade-Bianche) and there have been stage wins, most noticeably the Specialized Venge thanks to the likes of Marcel Kittel, Peter Sagan and Tom Boonen. Previously the disc brake decision has been at the discretion of individual riders, this news marks the first time the entire squad is being forcedrequired to ride disc brakes. “In 2019 we will see the vast majority of riders on disc brakes across all races. The team have proven here that they are one of the most forward-thinking outfits in the peloton, which alongside partners like SRAM makes them a great fit for our technology-first approach here at Canyon,” commented team liaison Andreas Walzer.

Canyon and Katusha are entering their 8th year of working together and retain SRAM as an equipment supplier. The team will be using SRAM’s flagship Red eTap hydraulic disc brake groupset in 11-speed guise, but there are strong indicators that a 12-speed groupset will appear possibly next year.

Canyon's top race bikes, the Ultimate CF SLX and Aeroad CF SLX, have been available with disc brakes since 2017 so no changes are needed on the bike front. The Aeroad sans-discs was launched at the 2014 Tour de France so it's well overdue an update, we'd put money on something new coming along in 2019. 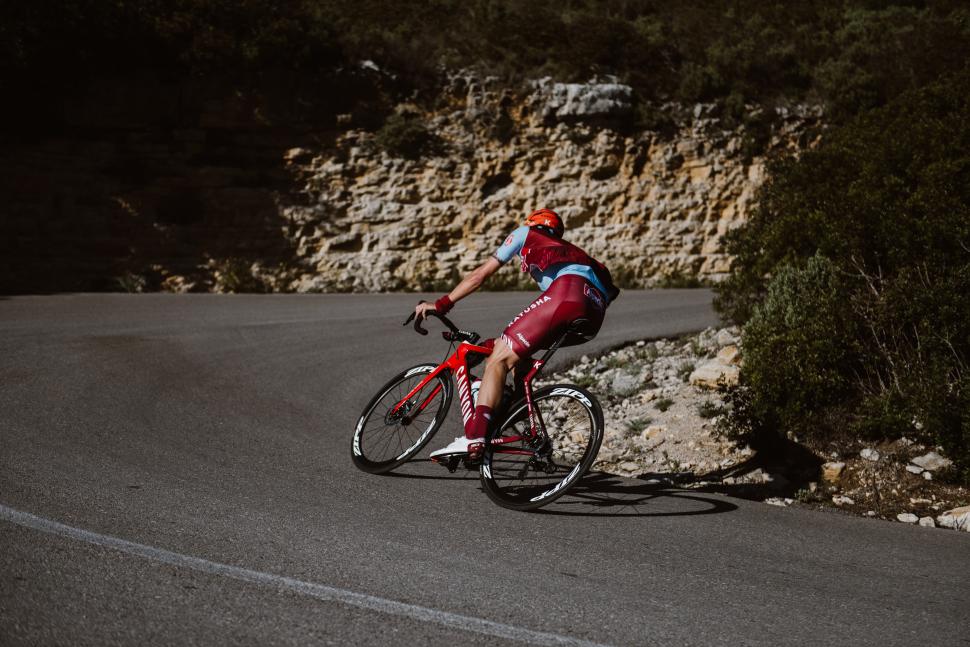 Team sprinter Nathan Haas appears enthusiastic about the announcement. "It’s simple: everything is safer. In traffic, descending, but most of all in racing – we can brake more responsively, and so much later,” he says. “This will be the difference in those finals, especially the sprint finishes. For me, there is no reason to use anything else."