Teased at Eurobike, Canyon has today revealed it is going all in for disc brakes next year. It will be offering disc-equipped versions of the Aeroad CF SLX, Aeroad CF SL/SLX and Endurace CF SL/SLX road bikes in 2017.

There are hydraulic disc brakes across the range and all bikes feature 12mm thru-axles, 160mm rotors (except the 2XS size), flat mount brakes and internally routed brake hoses. The most affordable of the new bikes is the Endurace CF SL Disc 8.0 at £1,799, with Shimano 105 hydraulic disc brakes. 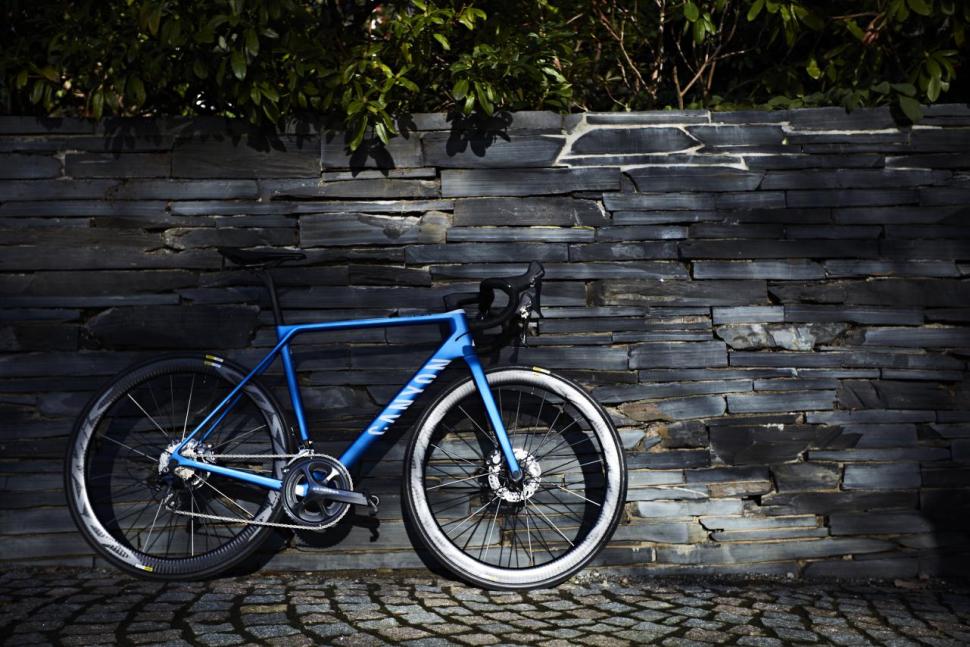 We pretty much guessed Canyon might make an announcement regarding disc brakes for the 2017 model year in our Hottest New 2017 Road Bikes feature last month, so this isn't entirely unexpected at all.

Canyon is no stranger to disc brakes, but it’s taken a while for the technology to catch up, admits the company. Its first exploratory development work with disc brakes appeared with the Projekt 6.8 in 2006. Well ahead of its time, the bike was a 6.8kg race-ready bike with hydraulic disc brakes.

Despite that initial foray, Canyon has been reluctant in recent years to bring anything to the market. Meanwhile, the rest of the industry has swiftly adopted disc brakes, with endurance bikes, in particular, being the first wave of bikes to get the disc treatment. 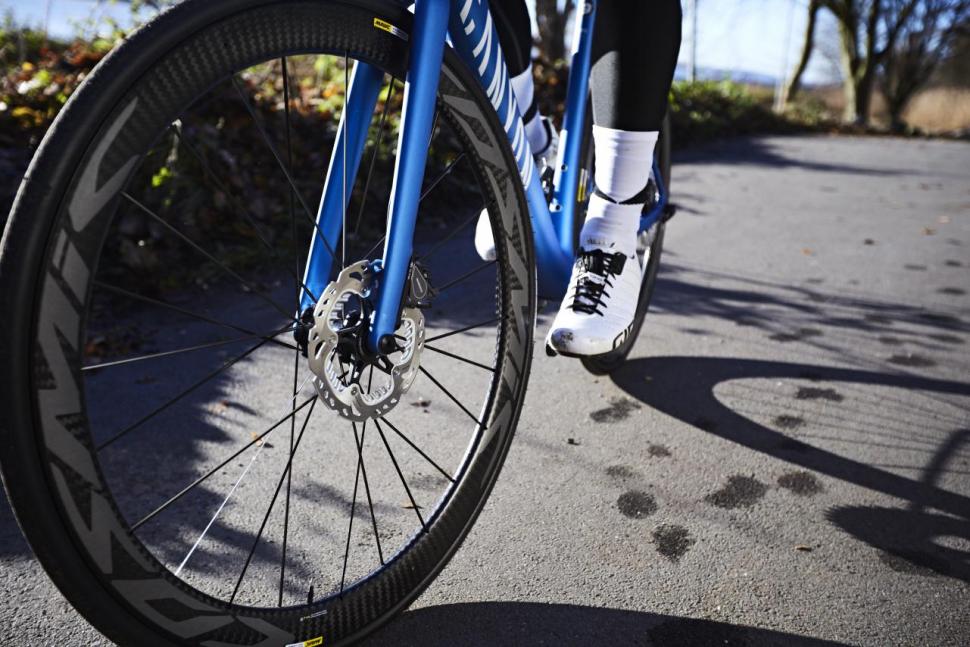 Fast forward to 2016 and Canyon finally launched the Endurace CF SLX Disc, an endurance model with all the current standards, including 12mm thru-axles and flat mount hydraulic disc brakes. And what a bike it was, a standout bike in a very busy year of new bike launches. You can read my review here.

“Creating a complete range of disc-equipped road bikes was not simply a question of adapting our existing rim brake platforms,” says Canyon. “All models have been re-engineered from the ground up and thoroughly tested by our pro riders and engineers so that they offer the same ride and handling performance Canyon road bikes are known for.”

But why bother with disc brakes at all? What's the benefit? Well, according to Canyon it's all about improved control.

As well as improved control, Canyon also adds that increased tyre clearance is another clear win for disc brakes.

"The ability to run wider tyres through extra clearance enhances comfort, grip, and reduces rolling resistance, factors that all riders benefit from. Having no brake track also eradicates rim wear and opens new rim profile possibilities for those seeking out an aero edge," says the company. 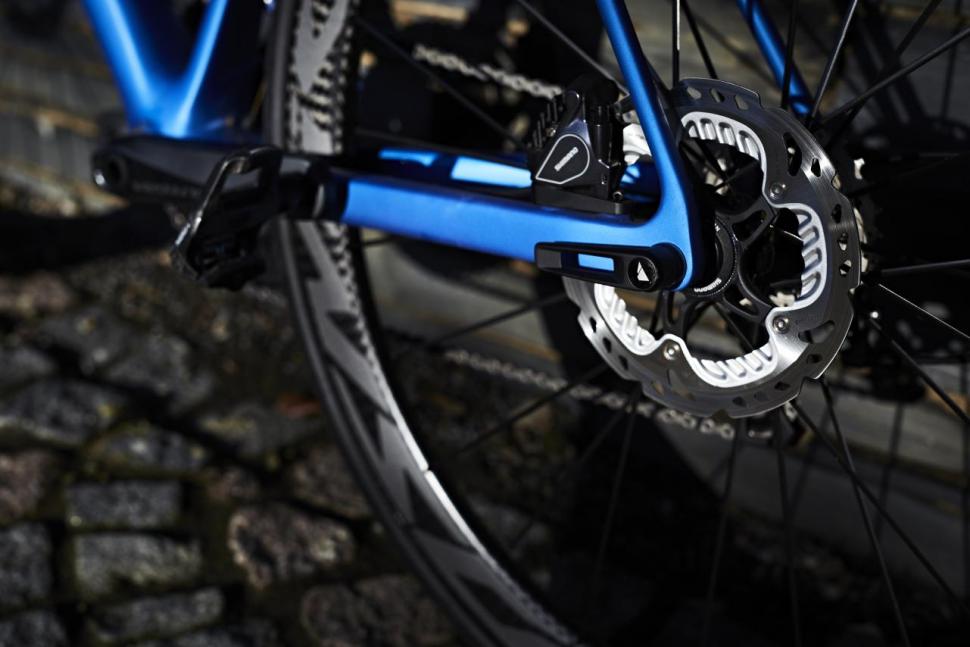 A common argument against disc brakes is their reduced aerodynamic performance. That rotor and bulky caliper has to add extra drag, right? Not as much as you might imagine, if Canyon's own testing is to be believed.

"When tested back-to-back in the wind tunnel, an Ultimate with disc brakes only gives away 1.5% to our rim brake version in terms of rider power required to maintain 45 km/h," states Canyon. "Sure, the difference is there, but it’s marginal. Unless you’re a multiple TT World Champion, you probably won’t even notice it. A host of other performance gains makes up for any aero loss." 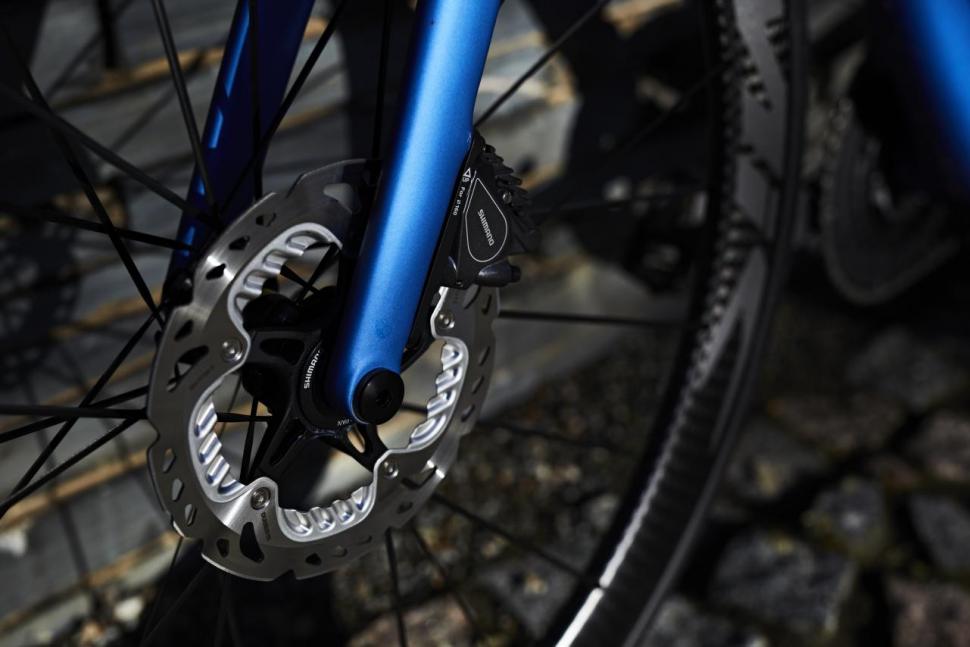 Finally, disc brakes are heavier, aren't they? They sure are, but Canyon suggests the difference is a matter of mere grams.

"To deal with increased braking forces you need to add more material, which raises frameset weight to the tune of about 70 grams," claims Canyon. "Extra hardware from the brakes and wheels also tip the scales a little higher, but none of this means you can’t end up with a system weight that will toe the line with any superlight climbing machine. We’re talking grams, not kilograms." 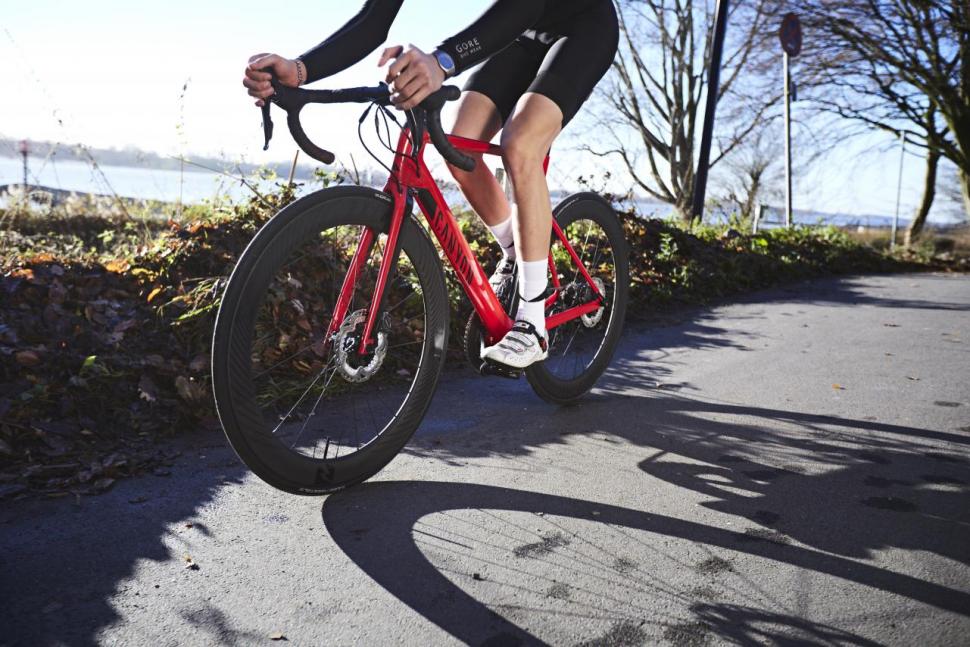 The Canyon Endurace CF SLX Disc launched last year sets the blueprint for the entire disc range, by which we mean that all the bikes are built to common standards. These include 12mm thru-axles front and rear, flat mount disc calipers and fully internal hose routing. There are hydraulic disc brakes right across the range, Canyon hasn’t tried to meet lower price points by speccing mechanical disc brakes.

Let’s dive into the range then...

Canyon’s current aero road model, now in its second generation, is the Aeroad. In switching to disc brakes Canyon claims the bike loses just 0.8 watts to the rim-brake Aeroad, which is a tiny difference away from the marginal gains required at the pointy end of the World Tour peloton. It also echoes similar differences reported by Specialized and Cervelo, two other brands that offer aero disc bikes for 2017. The Ultimate is the go-to bike for racers that favour weight and stiffness and all-round handling over the slipperiness of the Aeroad, and it’s a proven Grand Tour winner.

The Ultimate Disc comes in two flavours. The CF SLX is the lighter and more expensive version, the CF SL comes out of the same mould so all the tube shapes are the same, but a slightly lower grade of carbon keeps the price down, with a small weight penalty. With that cleared up, let’s look at the two ranges. The Ultimate CF SLX is being offered at three price points starting from £3,799 and rising to £4,899. There are also two frameset options, the key difference being one is designed for mechanical gears and the other for electronic. Each costs £2,649. You already know all about the new Endurace CF SLX because you read my review of it previously, didn’t you? Here’s a link in case you missed it. To recap, it represented the company’s first road bike with disc brakes and was a major overhaul of its endurance platform.

Now the Endurace CF SL gets the same disc brake treatment and also gets many of the other key updates such as 12mm thru-axles and increased tyre clearance, but the use of a lower grade of carbon means the range starts at a much lower price. 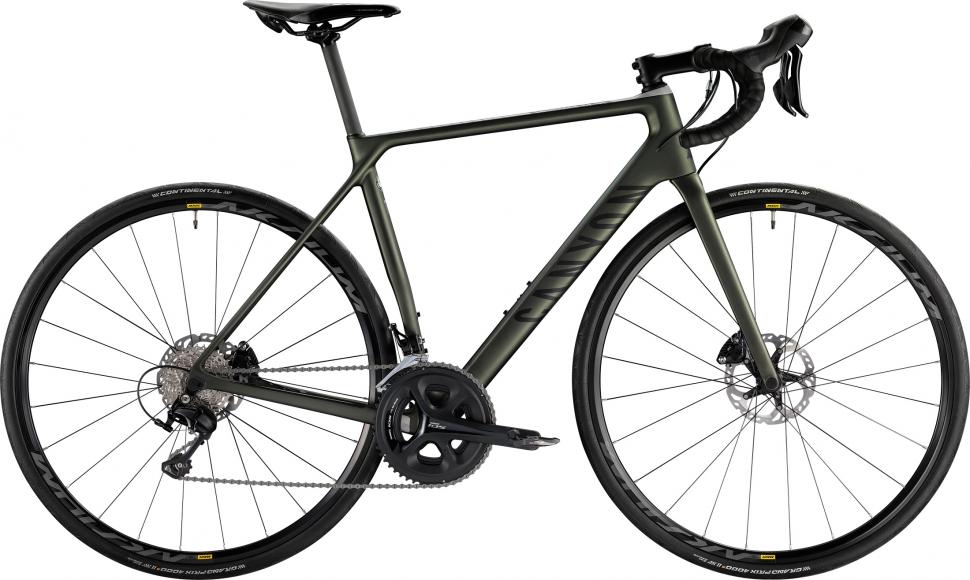 There are five models and the Endurace CF SL Disc 8.0 at £1,799 is the most affordable of the new disc-equipped road bikes in Canyon’s range for 2017. As we mentioned there are no cable actuated disc brakes, so even at this price the bike comes with Shimano’s 105 level disc brakes and a full 105 groupset. Wheels are the sturdy Mavic Aksium One’s with 28mm wide Conti Grand Prix 4000S II tyres - good to see a quality tyre even on the lowest priced bike.

The range tops out with the Endurace CF SL Disc 9.0 Di2 (£3,599). The bike gets finished with Zipp 30 Clincher wheels with 28mm wide Continental Grand Prix 4000S II tyres. Claimed weight on this bike is 7.8kg for a size medium. It would be a tough call between this model and the cheapest Endurance CF SLX at £3,899, which only gets mechanical Ultegra but gains lighter frame and posher Reynolds Assault LE Disc Carbon wheels, for a claimed build weight of 7.5kg.

Look out for more news and reviews on these new bikes soon. These are just the highlights of the new range, you can see all the bikes at www.Canyon.com.

If you want to test ride a Canyon 2017 road bike, you can do that in February at the inaugural road.cc LIVE demo day event. Find out more here.

1
Peter Sagan comes to the aid of “flabbergasted” British cyclo-tourist in Gran Canaria
2
Grant Shapps calls for new ‘death by dangerous cycling’ law
3
Near Miss of the Day 704: Two abreast group close passed by impatient driver who almost hits front rider
4
Highway Code changes: Daily Mail publishes "error-strewn" Richard Littlejohn column attacking cyclists
5
Here's how to make a DIY VO2 max tester for use with Zwift and Strava for only £130
6
Highway Code changes: what is the Dutch Reach and will drivers be fined £1,000 if they don't use it?
7
This stunning Cervélo R3 is currently being raffled off in aid of The Pace Centre and Movember
8
Stages will retrofit a power meter to your existing cranks