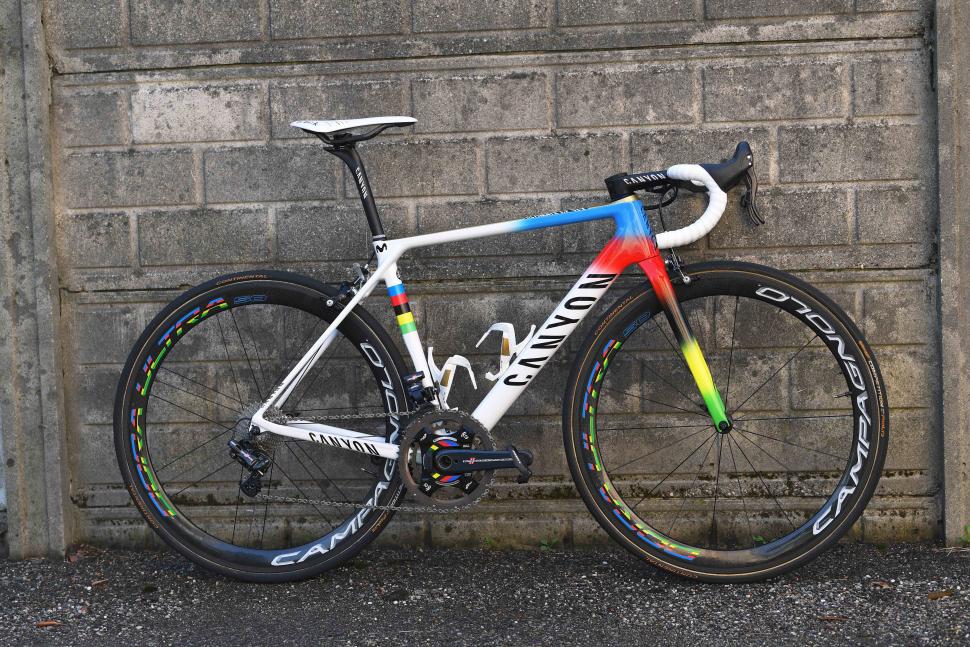 This is the new bike recently crowned world champion Alejandro Valverde will be riding next season, a very special and unique Canyon Ultimate CF SLX with a colourful paint job to match his new rainbow stripes jersey. 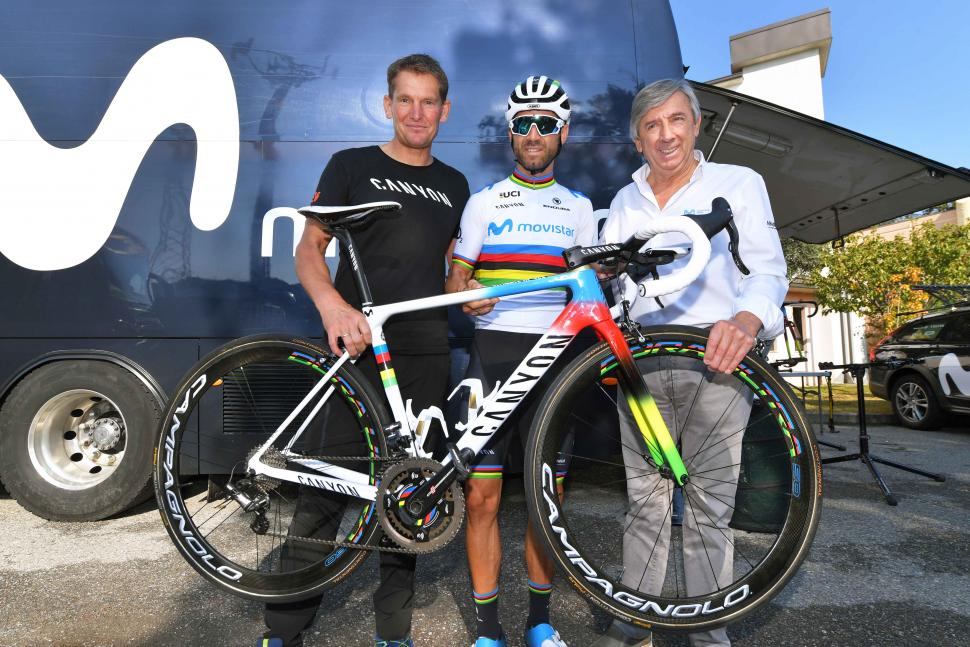 Alejandro Valverde clinched the world champs title on the tough and demanding Innsbruck course riding a Canyon, sponsor of his Spanish team Movistar. He opts for the Ultimate CF SLX, the lightest bike the German company makes, rather than the aerodynamics of the Aeroad CF SLX.

In its press release issued with these photos, Canyon is keen to remind us that the Ultimate has won a stack of races since its professional road race debut with Team Unibet in 2007, with over 200 race wins. The first win came with Philippe Gilbert's victory on the 20th stage of the 2009 Giro D'Italia for Silence-Lotto and the biggest win to date has been Nairo Quintana's victory at the 2014 Giro D’Italia. 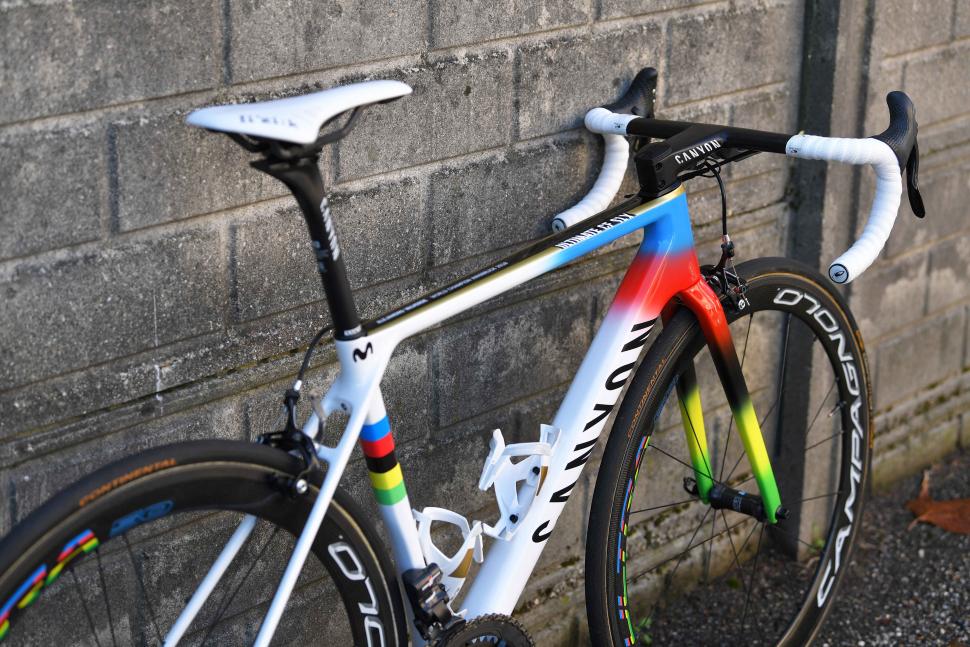 The Ultimate CF SLX has changed quite a bit over the years, we’re not onto the third generation model and you can read all about it in our most recent review here. It’s also available with disc brakes but obviously Alejandro Valverde shuns those in favour of rim brakes. 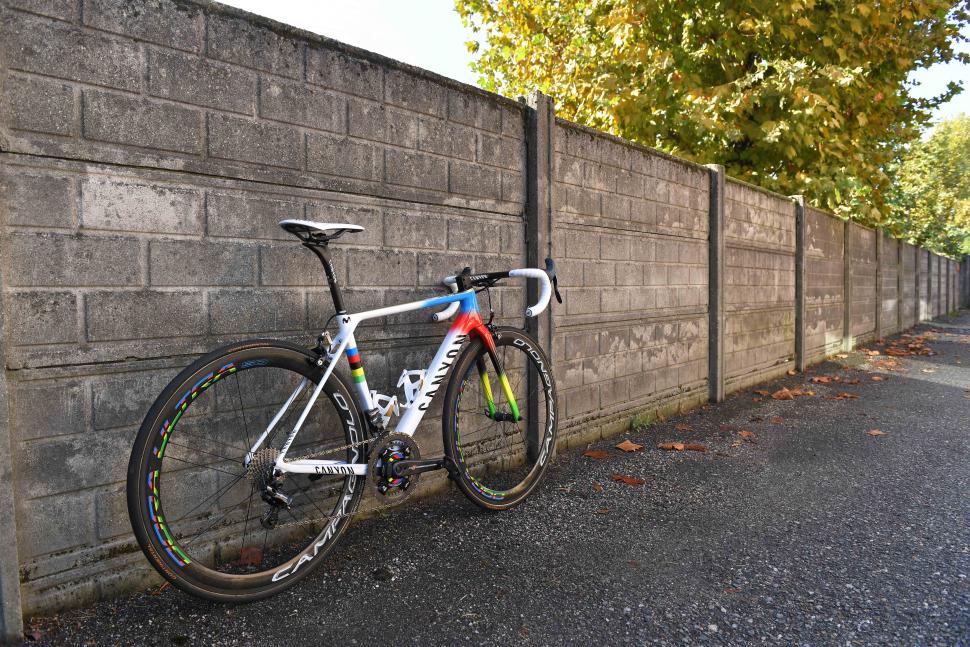