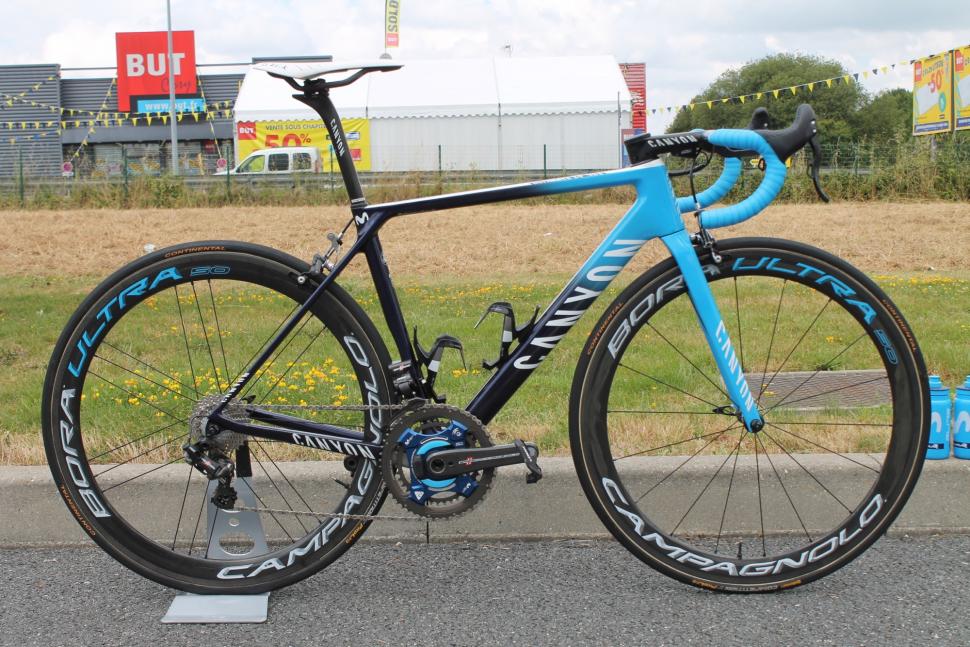 This is the Canyon Ultimate CF SLX belonging to Movistar’s Alejandro Valverde. The Movistar team is also home to Nairo Quintana and Mikel Landa, giving plenty of tactical options out on the road. Valverde currently sits 20th in the general classification and 19th in the points competition.

When Stu reviewed the Canyon Ultimate CF SLX for road.cc he said, “Wow! Bang for buck, you’ll you'll struggle to find a better race machine… Even taking value out of the equation, you'll be hard pressed to beat the weight and performance of the German company's 'all-round' racer.”

Read our review of the Canyon Ultimate CF SLX here.

Movistar riders spend most of their time either on the Aeroad CF SLX aero road bike, or on the Ultimate CF SLX which isn’t as aerodynamically efficient but is lighter. Canyon says that the carbon layup has been optimised to increase comfort while maintaining rigidity. 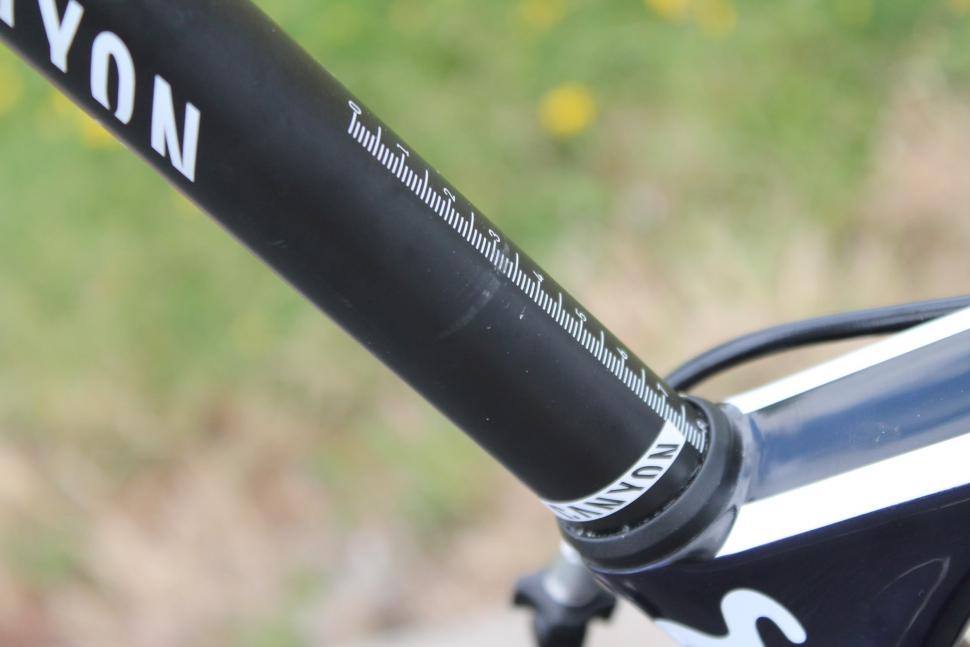 The seatpost is a slim 27.2mm in diameter and is also designed to provide a little give. Rather than using a traditional clamp, it’s held in place via a wedge-type system with the adjustment bolt hidden at the back of the seat tube. 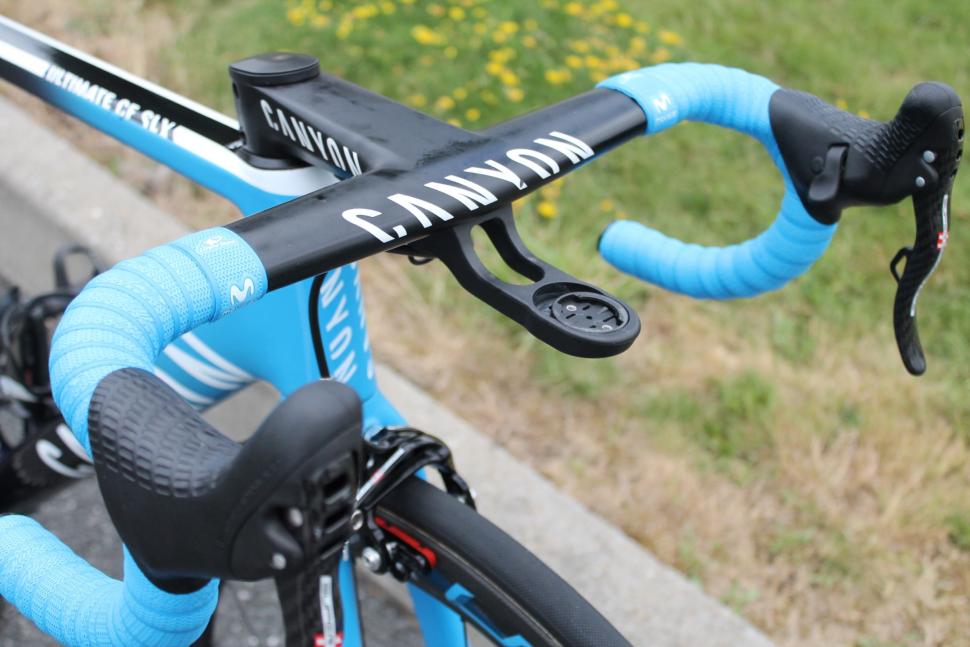 That’s Canyon’s H36 Aerocockpit CF up front. As the name implies, it is designed to keep drag to a minimum. The handlebar tape is from Lizard Skins and it’s super-sticky.

Movistar is one of three World Tour teams to use Campagnolo this year, the other two being Lotto-Soudal and UAE Team Emirates. This is 11-speed Super Record. 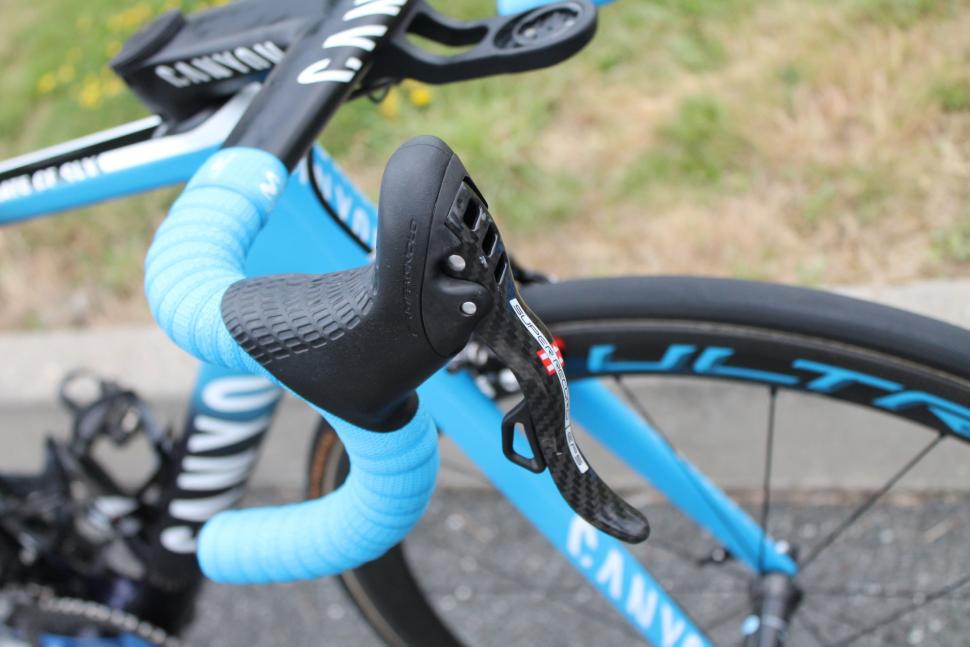 As we reported earlier in the year, Campag is moving Super Record and Record – it’s top two groupsets – to 12-speed. The teams aren’t running it, though, because they all use Campagnolo’s EPS (Electronic Power Shift) and that’s not yet available in the new format. Campagnolo is hoping to have riders using EPS 12-speed at the Vuelta a Espana later in the year with the production version coming to market in 2019. 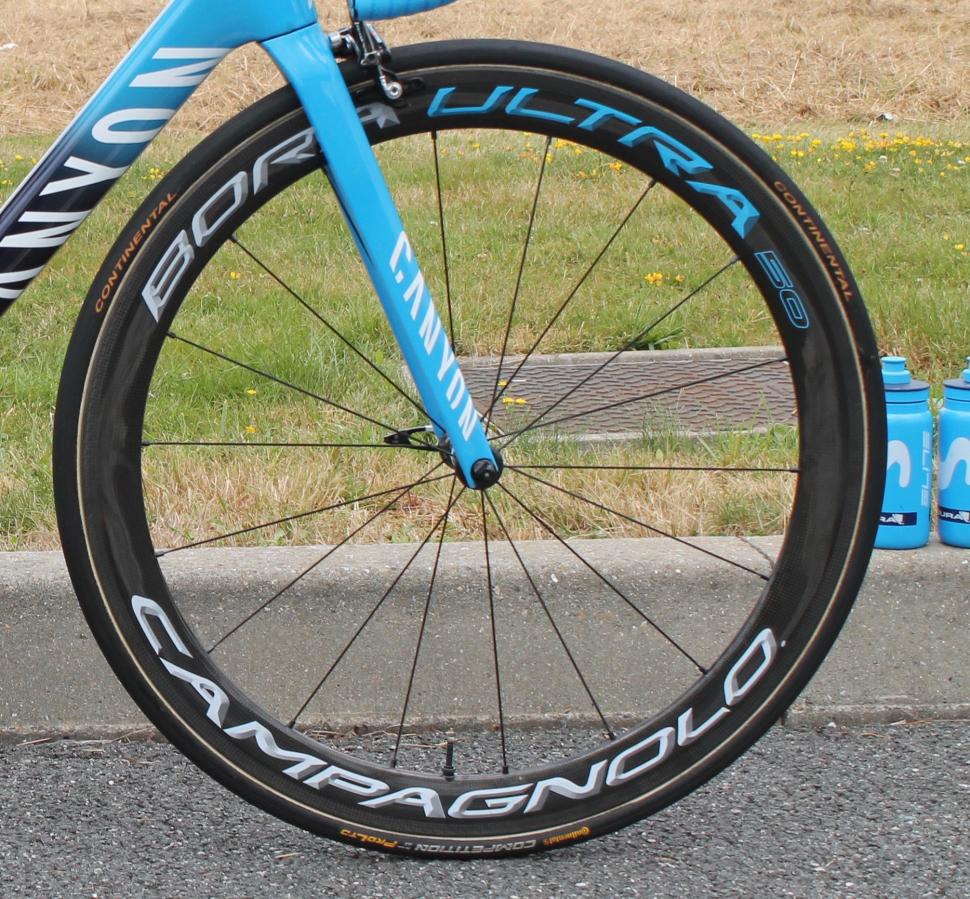 The wheels are from Campagnolo too. These are Bora Ultra 50s with an AC3 (All Conditions Carbon Control) treatment that’s designed to improve braking performance. Campagnolo says the grooves in the brake track allow rain and dirt to escape from the contact point of pad and rim and increases friction. 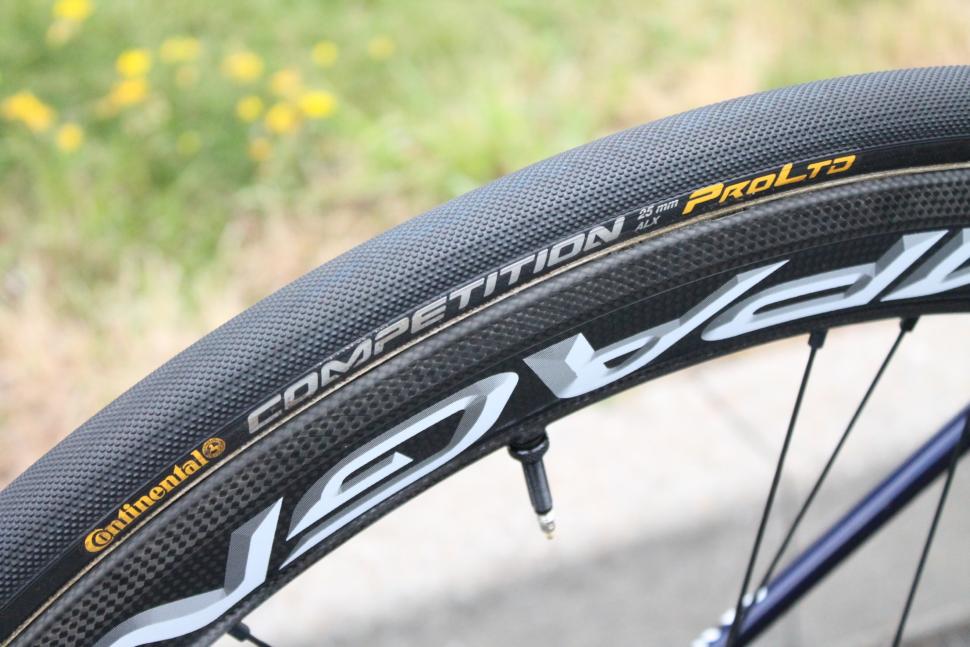 The tyres are Continental Competition ProLtd in a 25mm width. 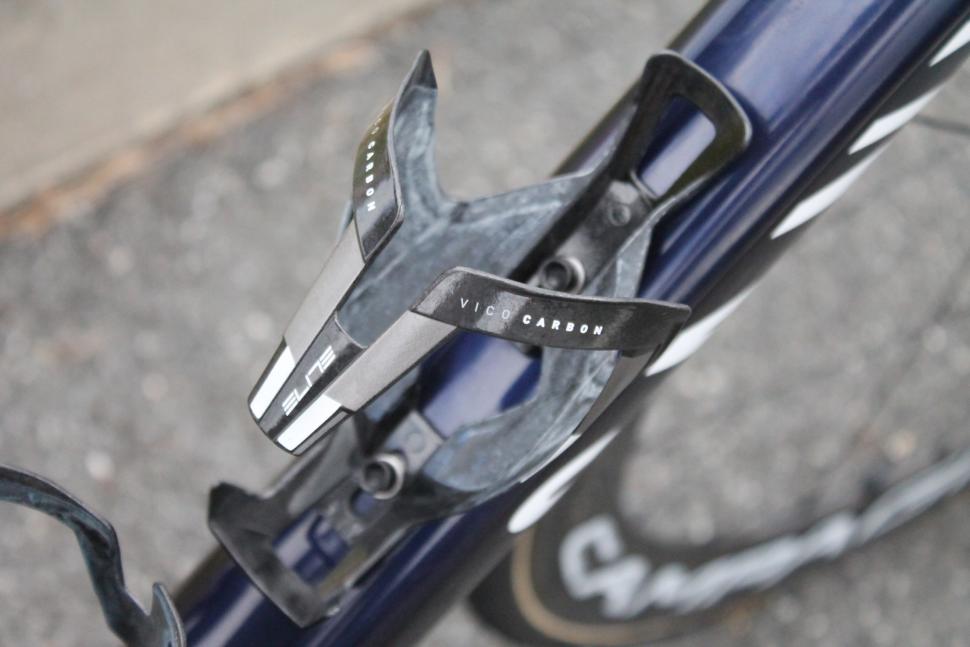 That’s an Elite Vico Carbon bottle cage. Read our review of it here.

Keep checking back because we'll have loads more Tour de France tech – both stories and videos – here on road.cc over the course of the race.